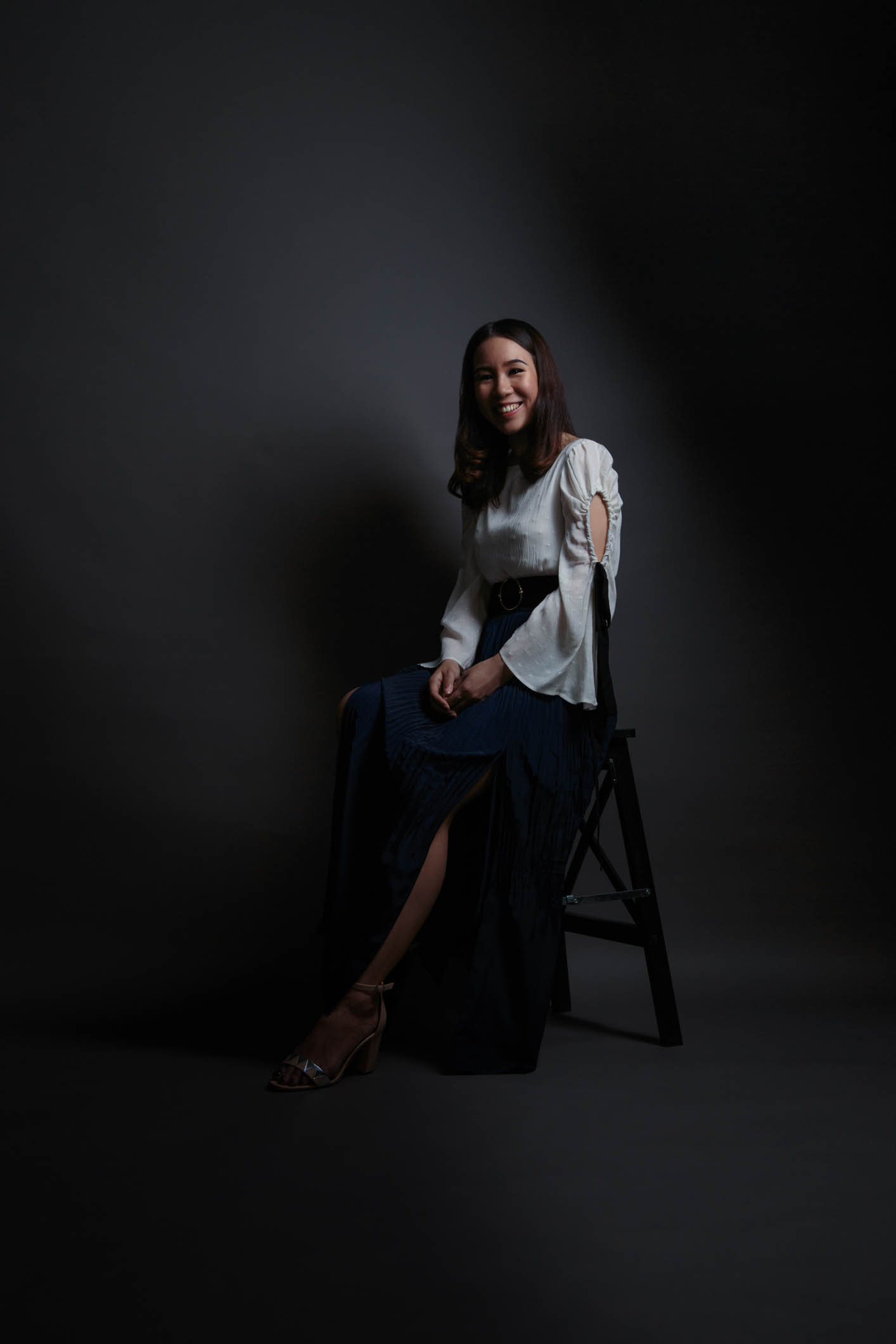 Samantha first appeared on the site several years ago. We bumped into her on the streets, and her all-mint ensemble convinced us to loop her into one of the very first campaigns we ran for Shentonista. It was only towards the end of last year that we finally ran into her again, and things seemed to have come full circle; we chose Samantha as our Team Choice for Shentonista Of The Year 2016. We asked her all the things we missed out on during our second brief encounter:

How do you juggle being in a band and working in the the corporate world all at once?
Just juggle, lah. (laughs) Most of my time now is spent at the bank, and then with whatever time I have left I try to jam with the boys. But that also depends on their schedule because when I’m free it doesn’t mean they’re free. I guess if you want to do it you’ll find a way.

Have you ever thought about pursuing music full time?
Yeahhh, it’s been on our minds, lah. Previously we said it was not possible because you wouldn’t have enough income, but then you see people like Gentlebones doing music full-time and you think, oh yeah, actually it is possible. But you also need to have a certain selling point. Maybe if we dare to take the leap in the future, something might come out of it. But for now I’ll stick to my boring job!

How did you come to be doing what you’re doing now?
I studied business in Nanyang Technological University—bad choice, I should have done something else (laughs). I applied for my banking job via my school’s portal and it was my first job. I joined in June 2010 and I’ve been there since, so it’s been a really long time. It’s been really busy.

So what’s one thing you would love to do, given the chance?
I’ve been looking at my friends who are doing film and I’m like damn, maybe I should learn some cameraman skills and film things. You know when people go on trips and you just want to shoot that moment? I mean you’d want to have a solid camera for that and shoot stuff when people travel.

What have you been up to since we last saw you?
Jamming, I guess! My life is really just work, or chilling outside with my friends, jamming. We usually jam at a studio and we have a space that we share with three other bands: Sub:shaman, I Am David Sparkle, and Cashew Chemists. You should watch all of them live, it’s the live experience that counts.

Do you like concerts a lot? What was the last concert you attended?
Yeah! I guess it really depends on the band—you’d pay to watch a band you really like. I think the last concert I attended was Bon Iver.

What are your thoughts on the local music industry in Singapore?
There has always been support from the people who are passionate about local music, and because of that, you have a lot of new acts that are coming up. There are lots of new genres—it’s not like heavy metal or punk rock like before, when everyone played rock, but now there are musicians emerging who are going towards electronic music, and R&B is really big too. All genres are good, people are just experimenting a lot!

You recently just went on a holiday—tell us more?
It was awesome. I went to Lapland in November and then Hokkaido—it was my first time there. It was a snowboarding trip, but more like a crash course in snowboarding because I’ve never ever snowboarded before. I fell down so many times! Luckily the snow there was powder soft, but it was still painful, especially on the first day. We were on the practice slope and there were so many people going on it at the same time. Our first stop was at Niseko and we found this really cool lodge with a lot of cool people. They had guitars there so after our snowboarding session we’d jam.

What’s one thing your travels have taught you?

I guess you get to appreciate culture through all these different countries, and because you’re a stranger in a foreign land right, you’ll realise that sometimes the people you meet can be the kindest people ever and then you just learn from that.

You sound like you have an experience to share.
Yeah—in Japan, my friend left her glasses at the lodge but we’d already moved on to our next destination. When she told us that she left her glasses there, I messaged the guy that we were hanging out with most of the time. We’d chill, have drinks with him every night, and he even mentioned that he wanted to visit Singapore one day. When the glasses situation arose, I messaged him on Facebook and he was very nice. We asked him to mail it over to Sapporo and told him that we were leaving in a week’s time. He made arrangements to mail it to us and didn’t even ask us to pay him or anything. The worst part was that we gave him the wrong address because the host of our Airbnb had a separate mailing address for us to mail things to. We gave him our accommodation address and the glasses were already on the way there when I had to ask him to change the address. He changed it when it was en route and told me to not worry about it. He was just really nice! I really learn about kindness from people.

What’s the best decision you’ve ever made?
To travel. Using all my savings to travel. (laughs) To places like Iceland and Lapland with the usuals who call themselves the ‘thuglife crew’.

What are some of your guilty pleasures?
Chocolates! Ice cream! And Llao Llao—when I eat that I gotta have the Sanum!

If you could live in a TV series, what would it be and why?
(laughs) All my responses are as-of-now; it can change tomorrow, I’m really fickle like that. Well, off the top of my head, Westworld! I want to be a host in Westworld.

Who are you currently listening to?
Alaska! Because I really want to go to Alaska. (laughs) They have the Northern Lights there, too; I first saw them in Lapland. Wah, it was so magical, man. I went to Iceland two years ago to try and catch the Northern Lights but we didn’t see any because it was too cloudy. We managed to see them in Lapland, though, and even got the brightest one for one day. We stayed at the Golden Crown Glass Igloos, and we  could see the night sky when we were lying down.

Who or what drives and inspires you on a day-to-day basis?
Hmm, I guess my bandmates and the people that we’re sharing our jamming studio with. Everyone is juggling two things and in fact I think they do a better job of it than me. For example, Isa our bassist has two other projects and there’re a lot of preparations for that.

What are some you can’t live without in your wardrobe?
Collared shirts, pants, and long skirts. I like long stuff!

What’s something you’d like to do more of, if you could?
Music, lah. I should learn an instrument, I still can’t play a guitar. It’s really sad. Please don’t judge me! (laughs) I feel like I fail as a person who does music! 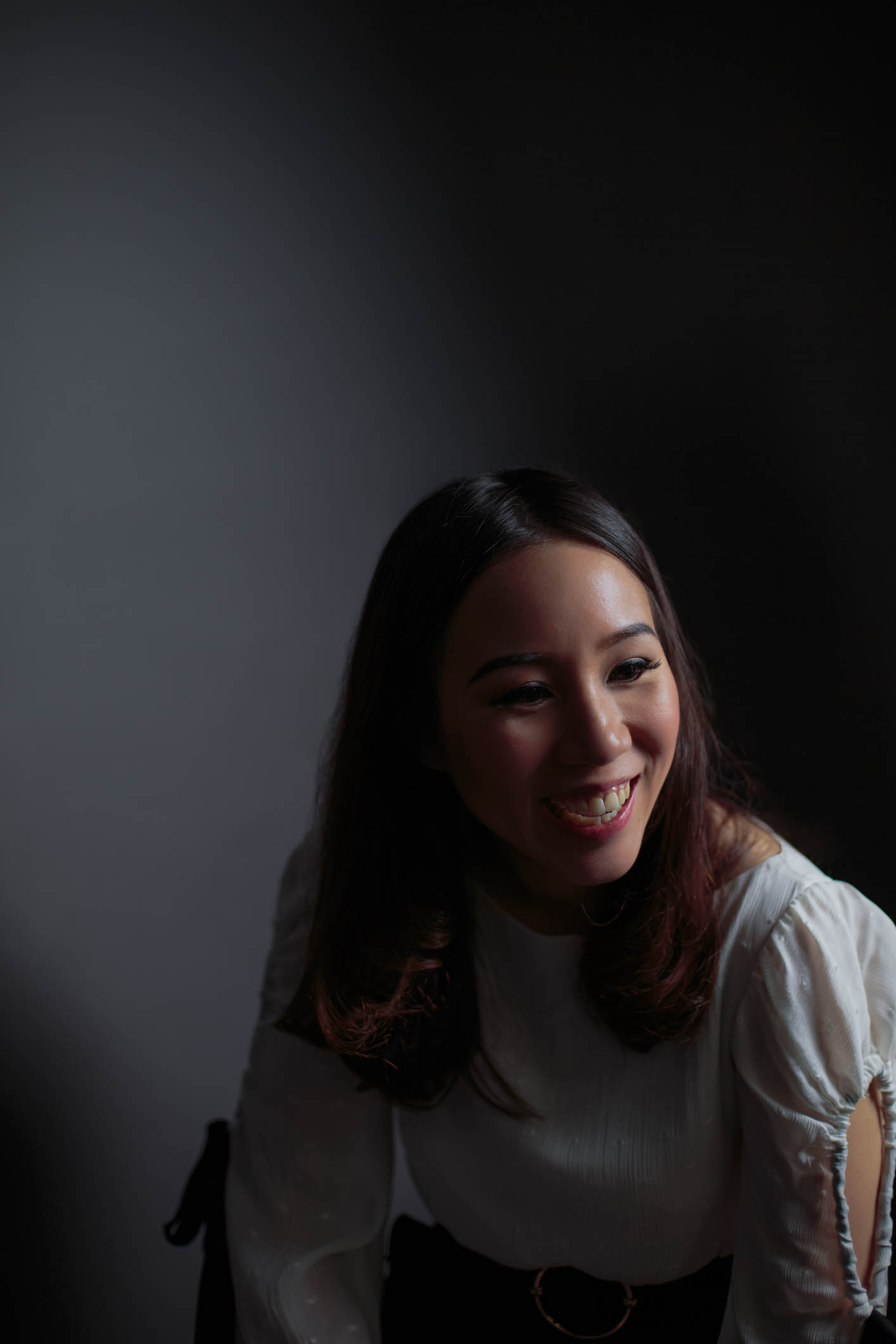 Special thanks to our friends at Club Monaco for being a part of this project.