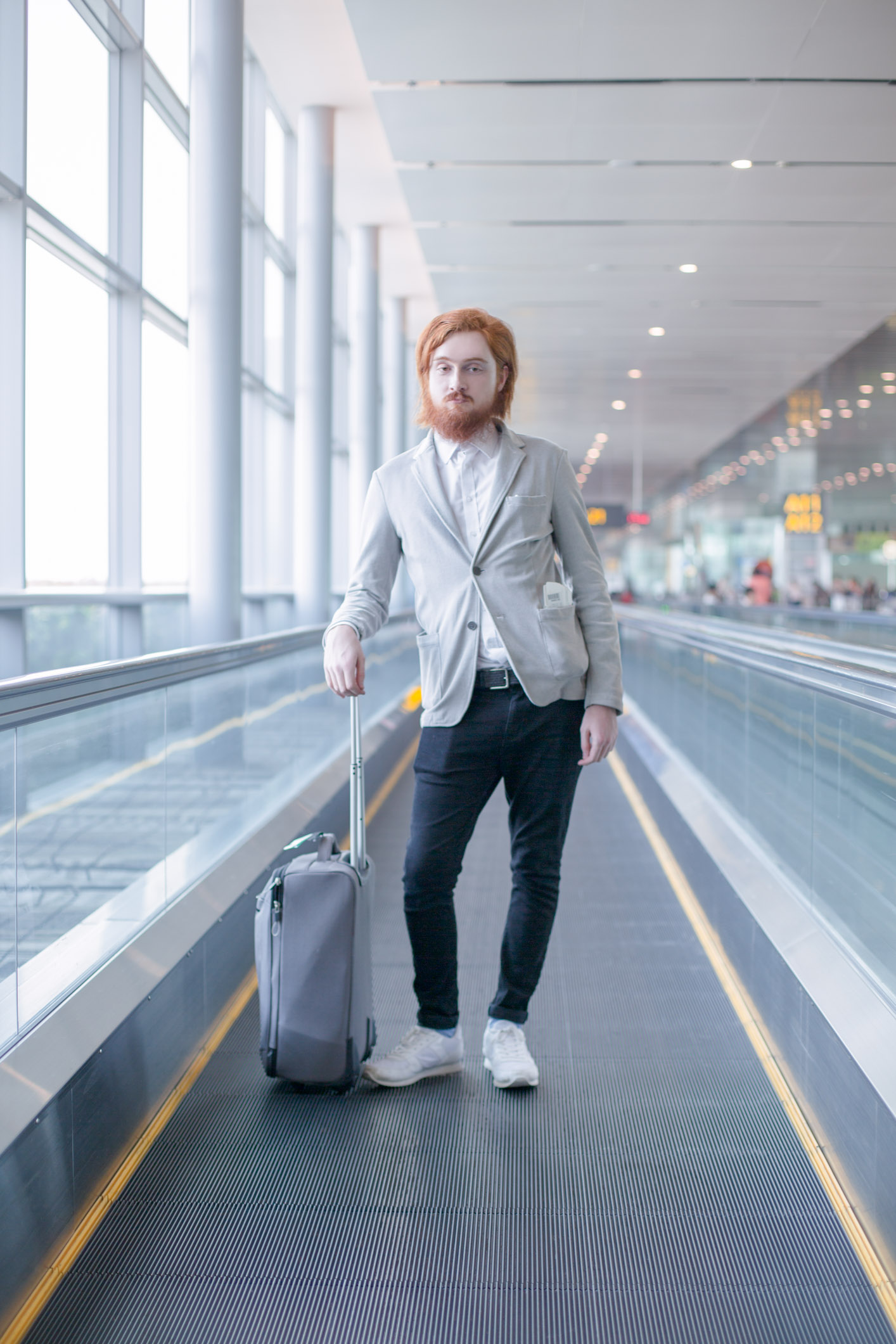 Will, Student from Australia, in the T3 Transit Hall.
Top from Marks & Spencer, pants from ASOS, belt from Uniqlo.

Most memorable place?
Burma, in the last couple of years at least. It’s remarkable to see the rate of change, and the contrast between modernity and tradition. 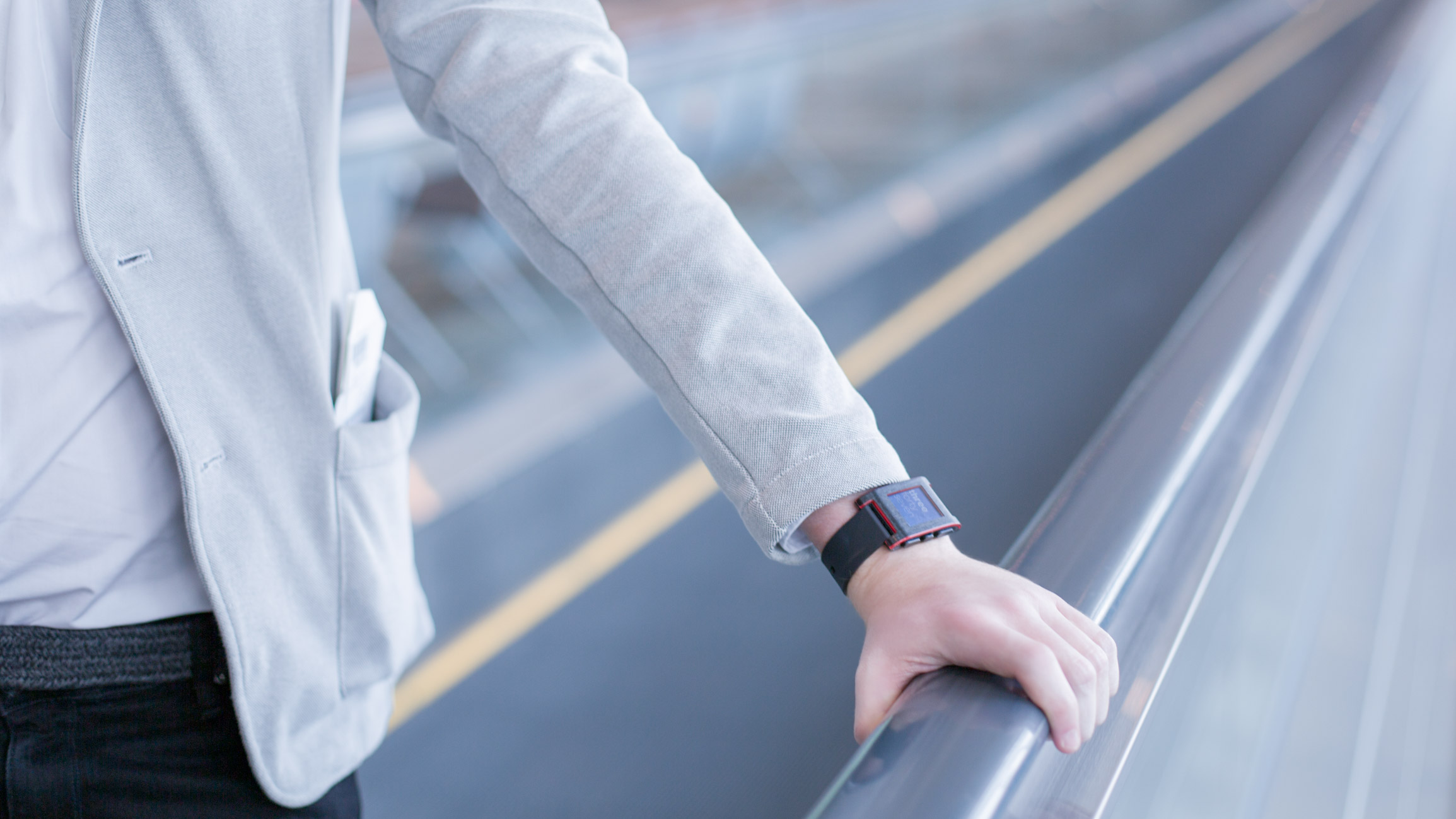 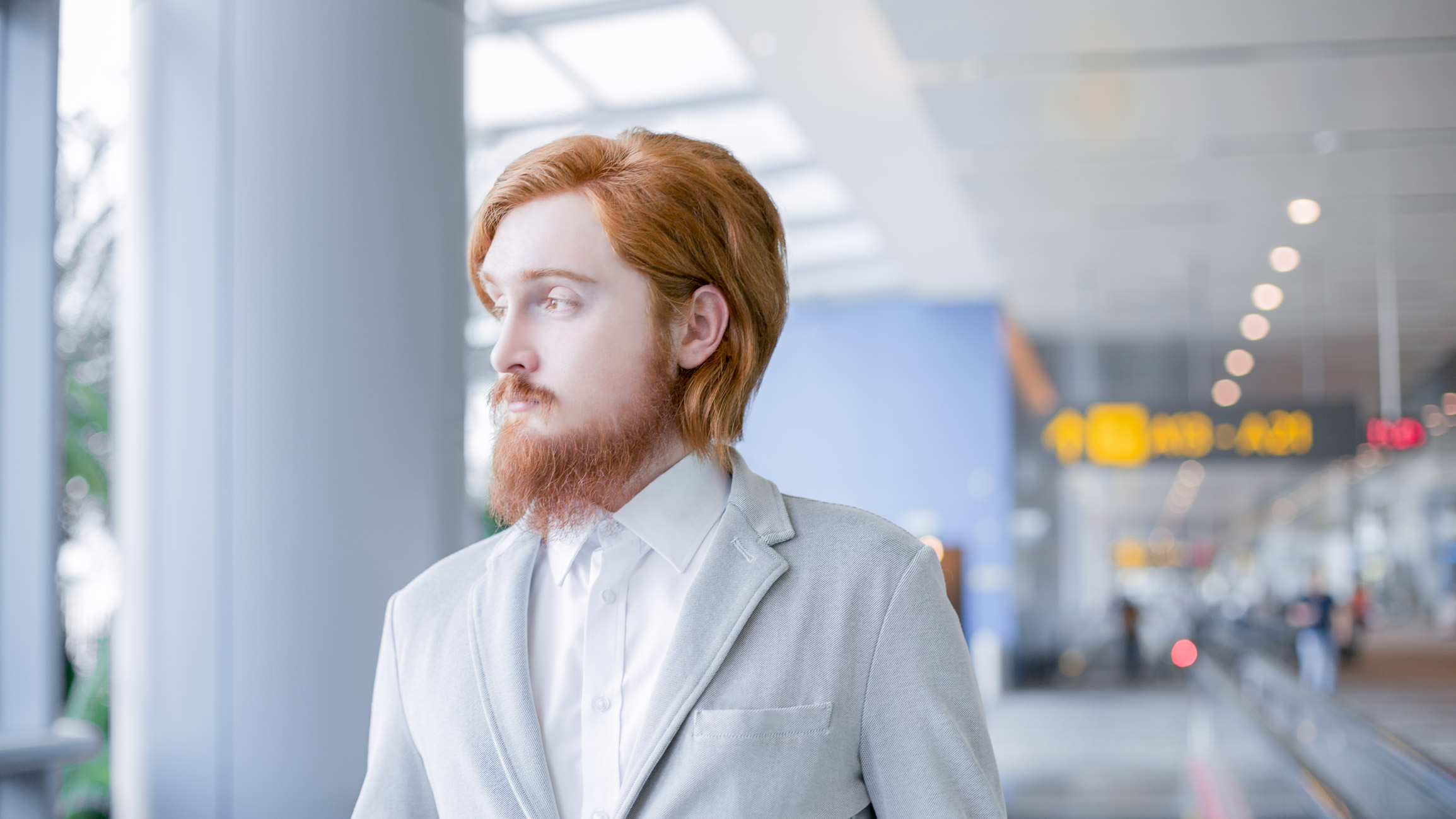 There was no way Will wouldn’t stand out from the crowd, with his striking ginger hair and beard, impeccably dressed in sensible trainers, a lightweight jacket and with a suitcase to match. This half-Australian, half-English lad was actually flying from his home in Adelaide, Australia, back to the United Kingdom for school. Will travels extensively, and says that he’s been to Changi Airport “probably 20-30 times” over the course of his life. 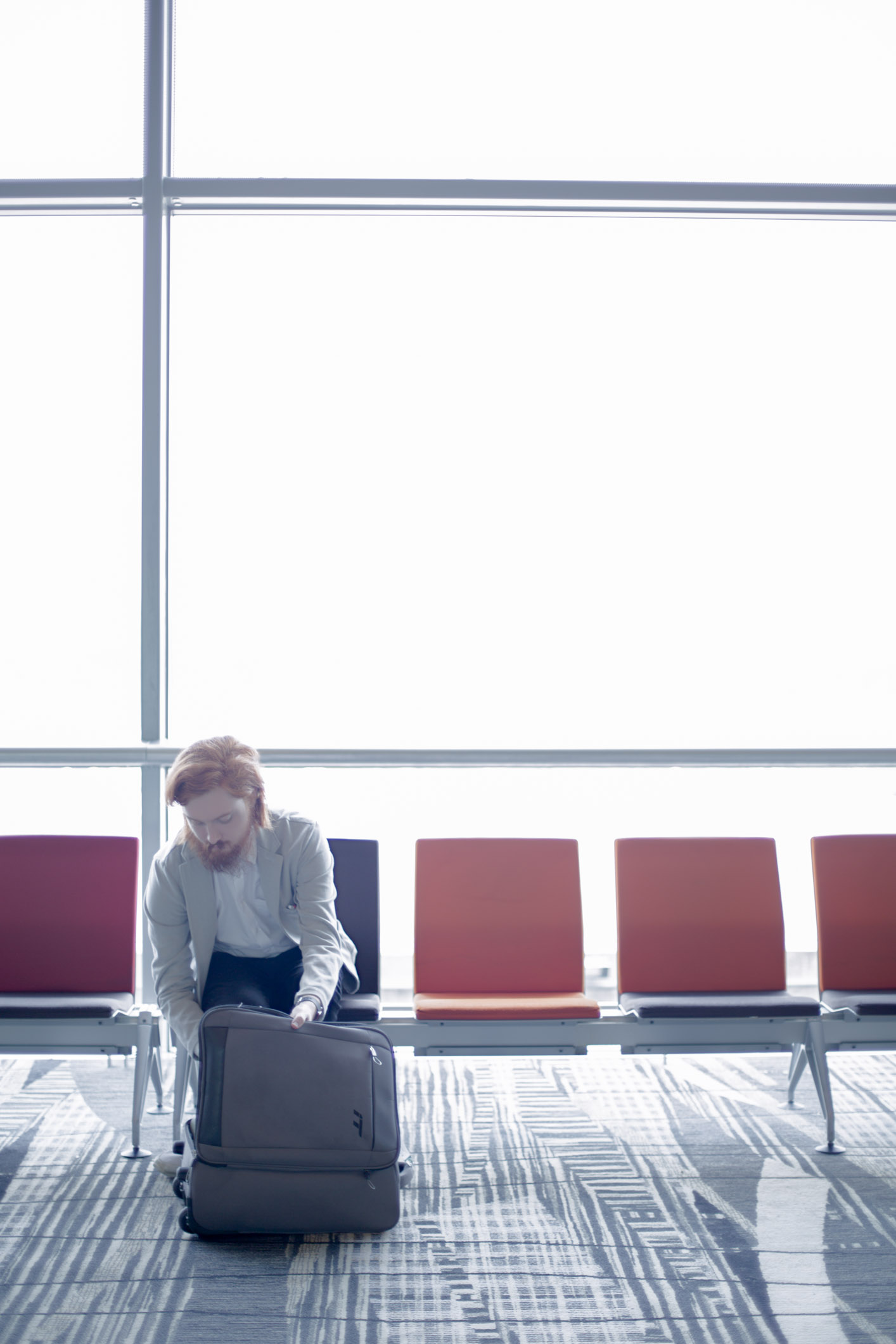 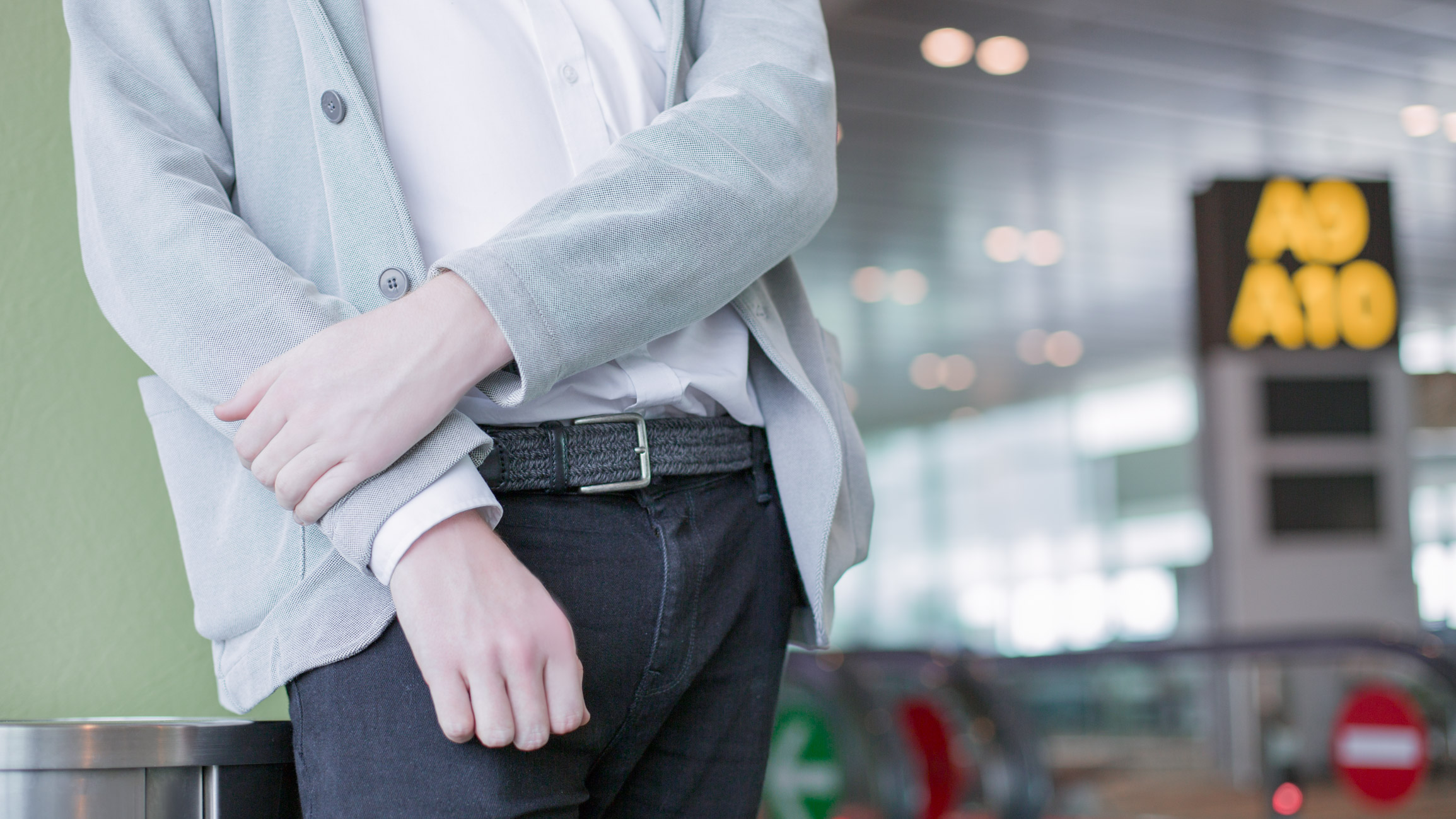 Not surprising, then, that he’s formed some habits. “The one thing I must do in Changi Airport before I fly is to drink a Singapore Sling, to put me in the mood for the next leg of my journey!” he says. “I also think it does a lot for your state of mind to sit down and eat a good meal, no matter the time of the day and even though you get food on the plane. It helps a lot that Changi Airport has so many great places to do that, even for a vegetarian like me. It’s amazing that you can get such great Indian food in an airport!” 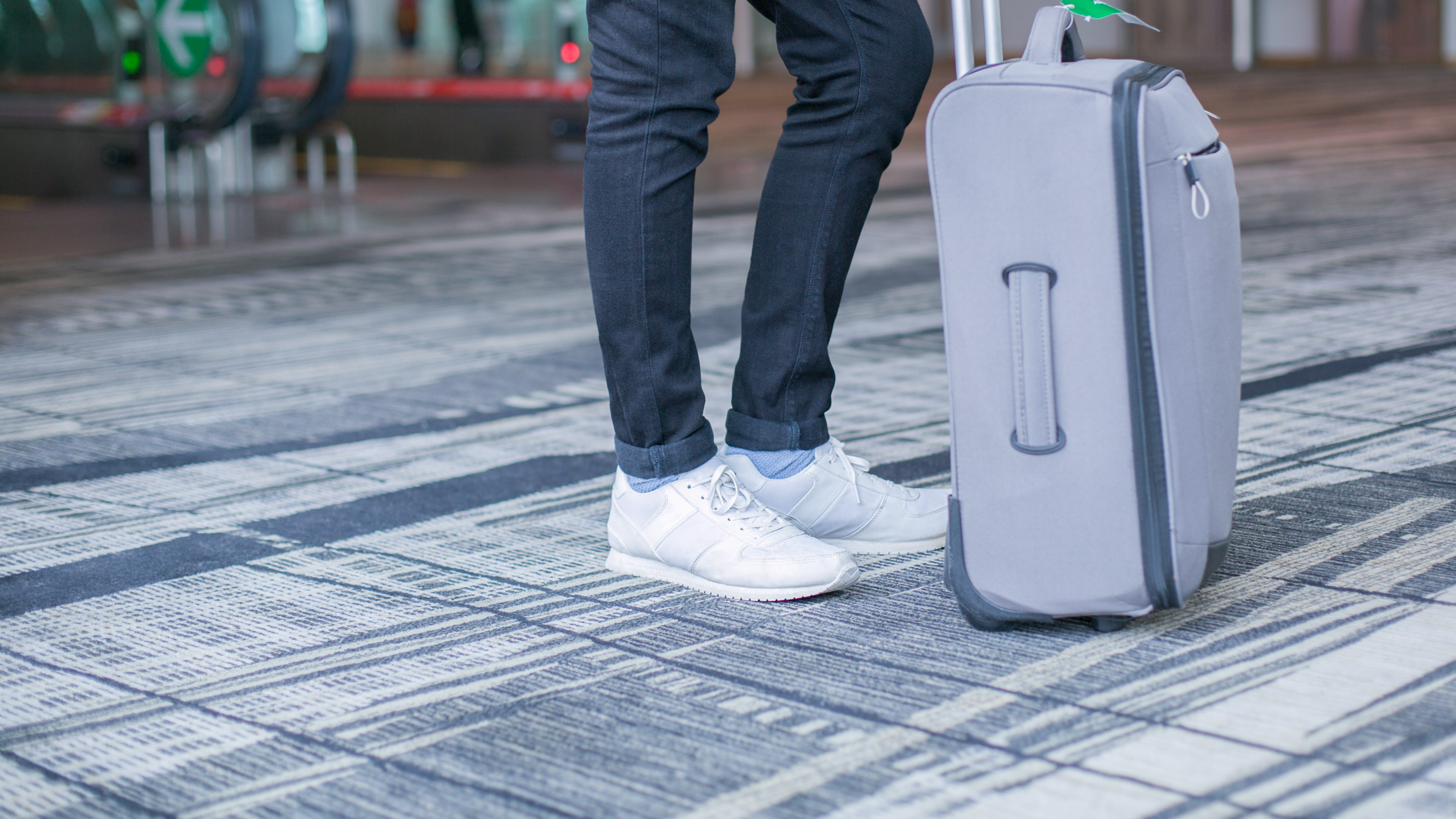 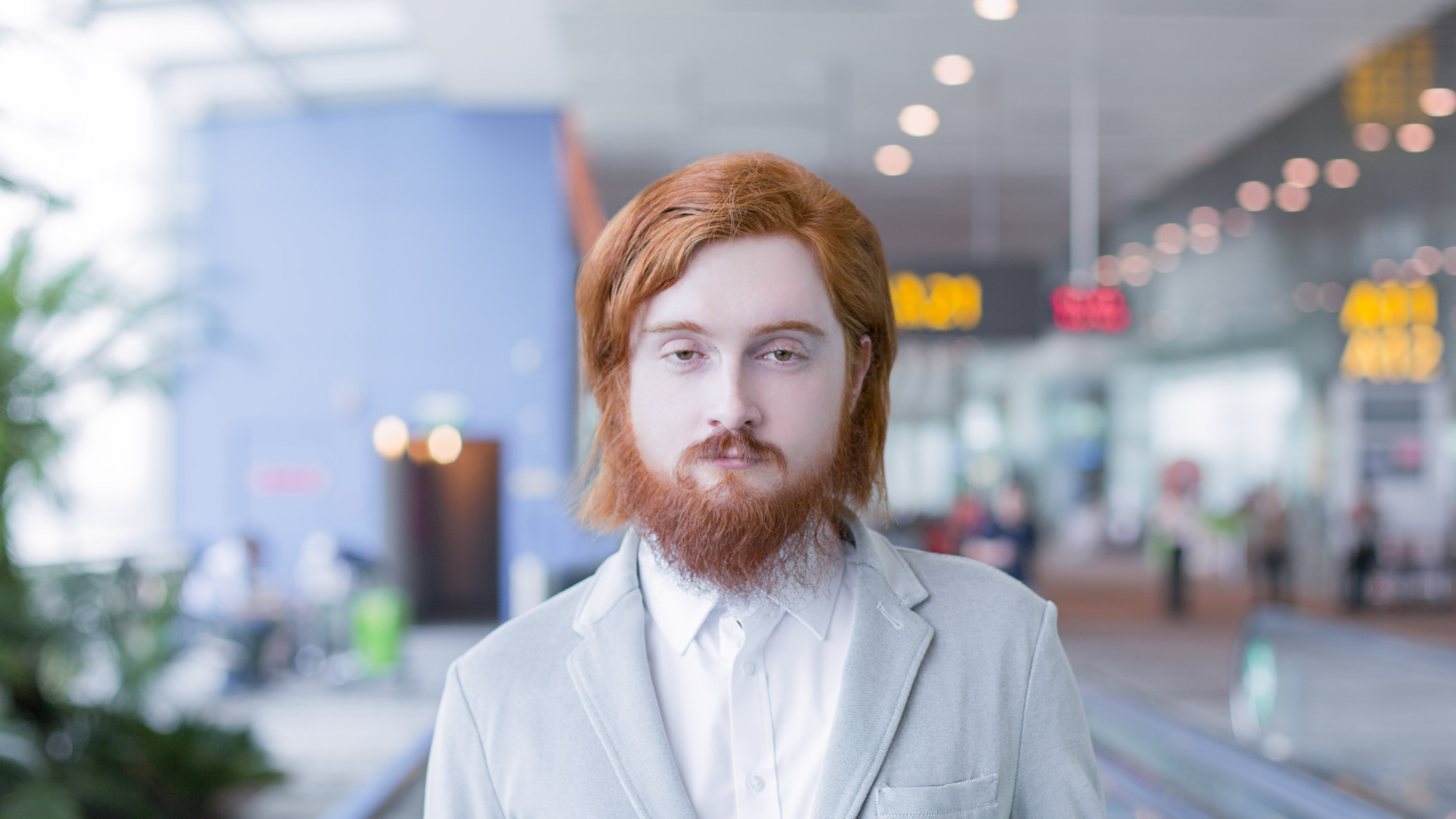 Will also says that the bright, relatively less busy spaces make the airport a relaxing space to be in. “That’s important in long-distance travel,” he says. “Changi Airport is also easy to navigate and elegantly designed, which puts it a cut above many of the other large airports I fly through.” As Will was about to leave, he requested for a photo of us, perhaps as a reminder of the brief time he spent in the airport and of an amusing encounter. While we expected Will to carry a vintage film camera, he pulled out a little Polaroid camera from his bag instead, proving that he, like most of the people that come through the gates of Changi Airport, is always full of surprises.