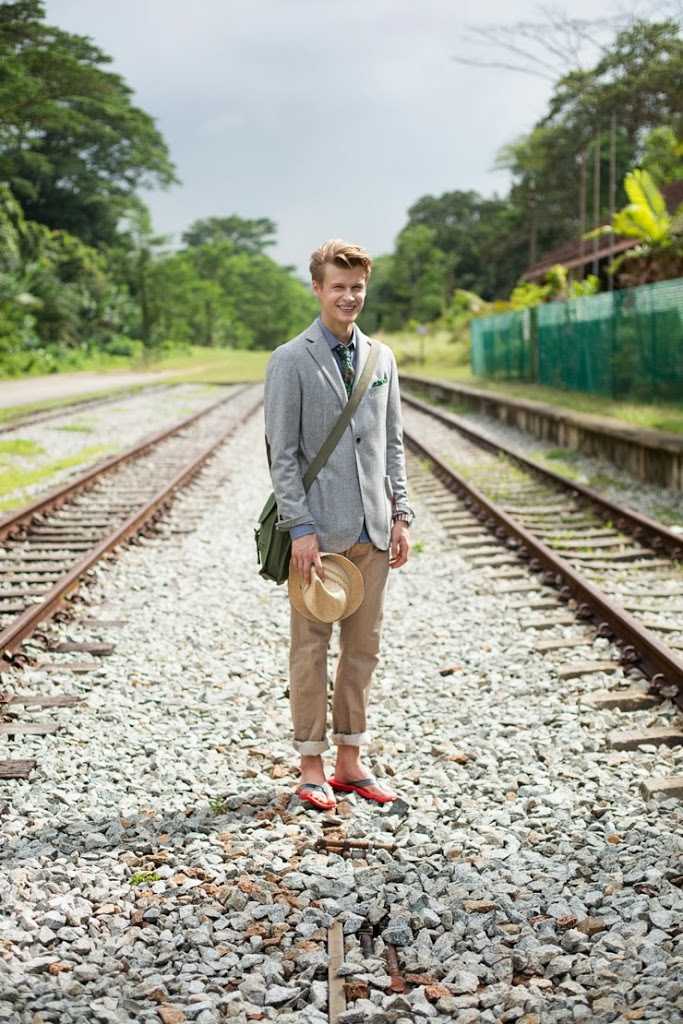 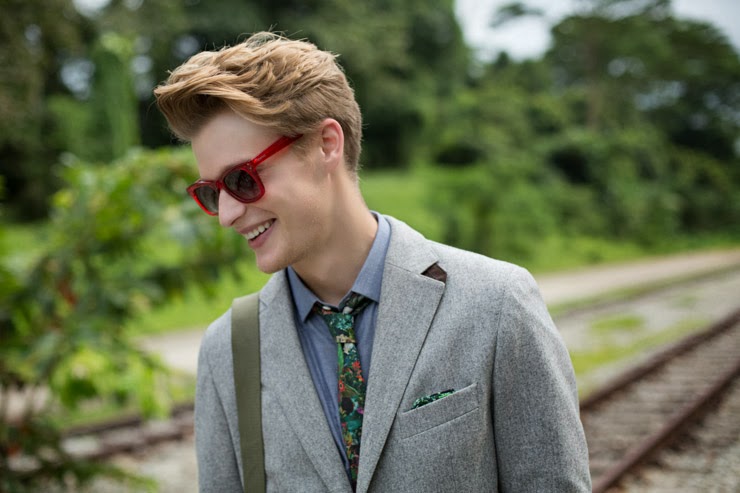 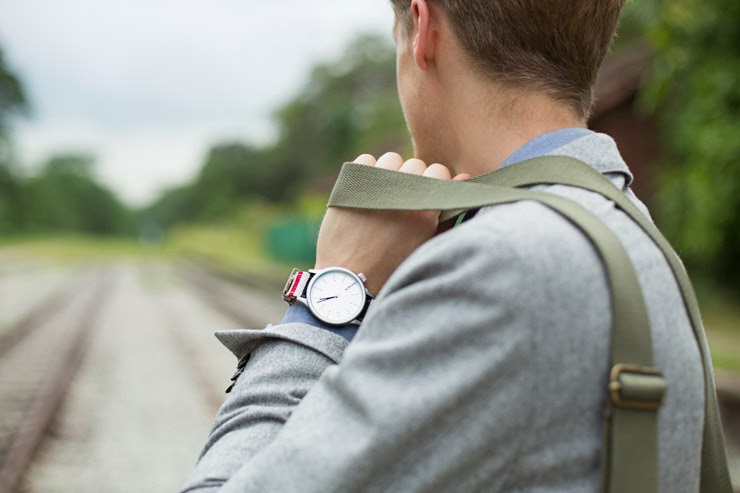 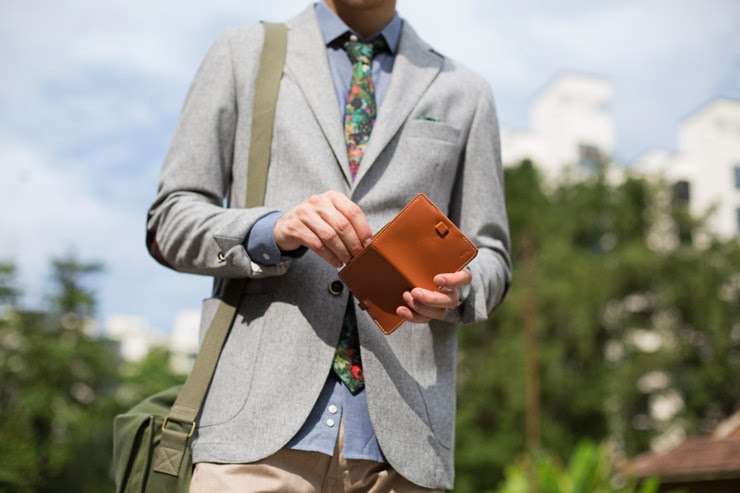 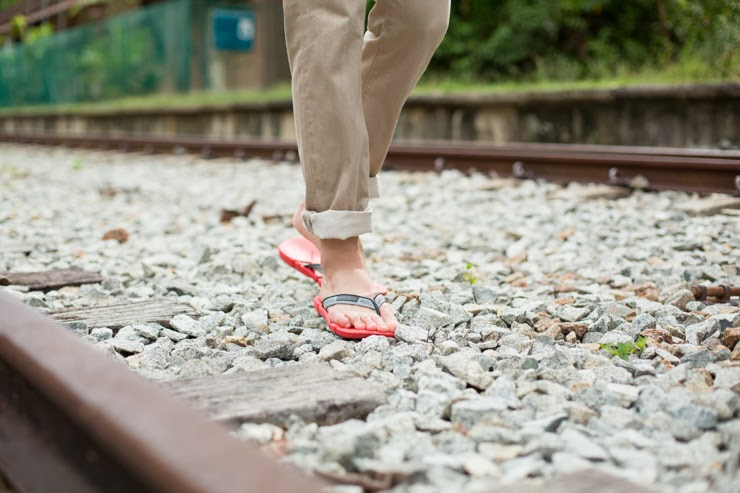 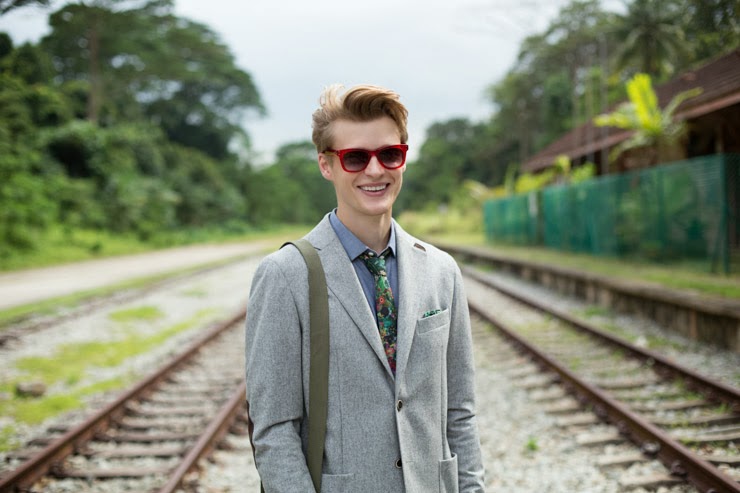 What we love most about Dainius’ outfit is his nonchalant take on formalwear. His cuffed pants, slightly loosened tie and yes, flip flops, were both surprising and endearing, showing that you too, can pull off a blazer combo in warmer weathers. Having grown up in Soviet Union times, Dainius watched mostly European movies and the style of leading men such as Jean-Paul Belmondo and Alain Delon made an impression on him. “I like the clash of British style meeting Italian fashion,” he quipped. Danius is quite the bookworm and gym bunny at the same time. In his free time, he is either reading (“If I could, I’d like to finish huge amounts of literature in five minutes.”) or working out (Crossfit, boxing, outdoors-y stuff). A driven and motivated intellect, he believes in constantly bettering oneself. “‘Don’t compare yourself to others, compare yourself to the person you were yesterday’, that’s what I feel,” he shared. Being so far away from home though, is there anything he misses? “I have an exotic black cat at home, I miss it a lot!”

This is a Shentonista project for Common Thread.