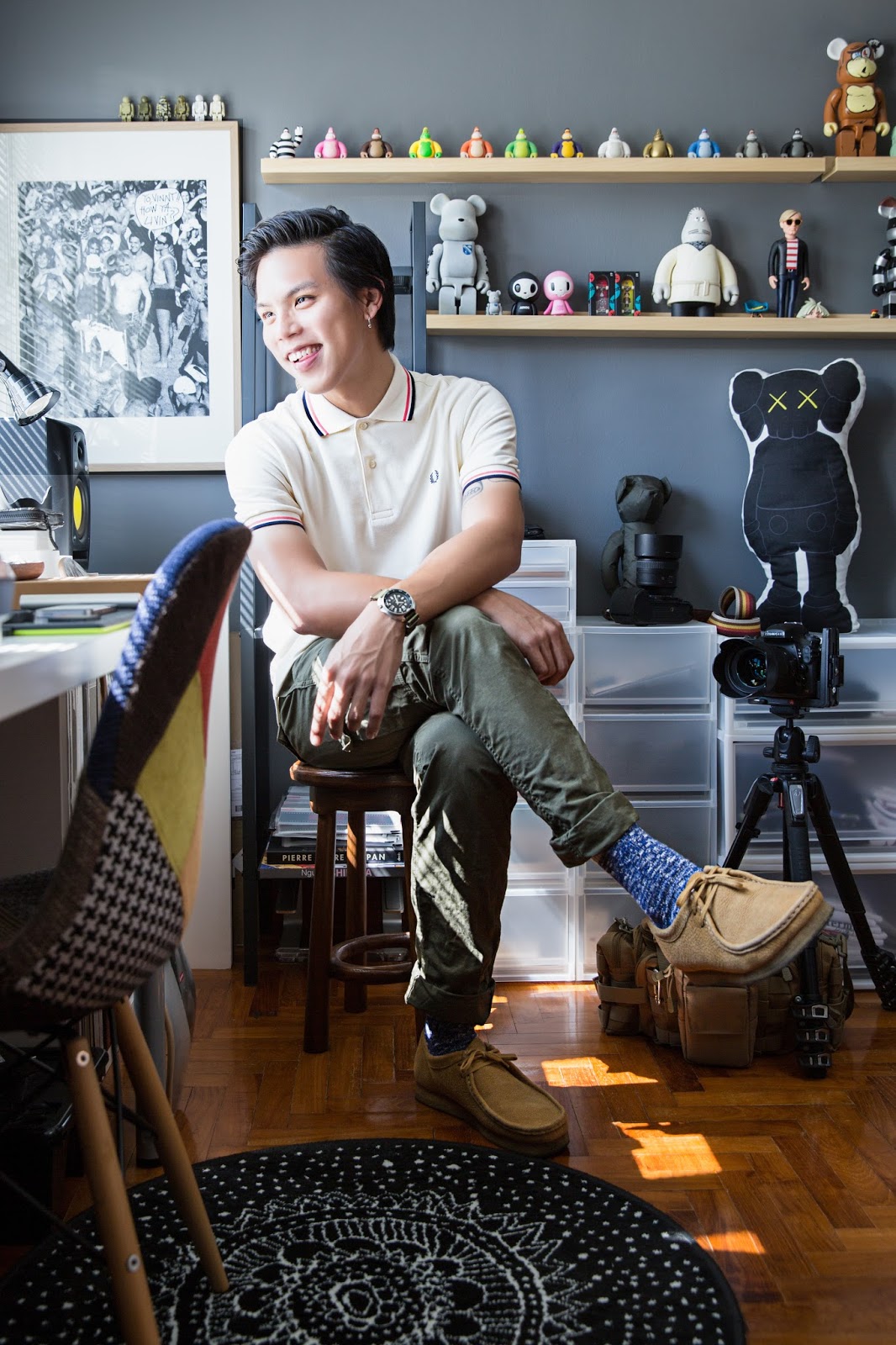 Although he studied Sound & Audio Engineering in school, Marc got his start in photography by following some of his friends’ bands on tours and shooting their gigs. Today, he’s making his mark as a fashion and lifestyle photographer, and dabbles with interior and architectural photography as well. “I always had a camera with me,” Marc says. “I think my first camera was just a film, point-and-shoot thing that my parents gave me. Now I’ve got loads of them.” Are his parents supportive of what he does, then, since it seems that they fuelled this interest? “I hope so!” Marc laughs. This interest has developed into a full-fledged job, so much so that he can’t imagine doing anything else now. When he’s not out on set or looking for the next location for a shoot, Marc works from home in his adjoining study that’s full of toys, collectibles, magazines, and camera equipment. We catch up with him and find out what’s been influencing him of late. 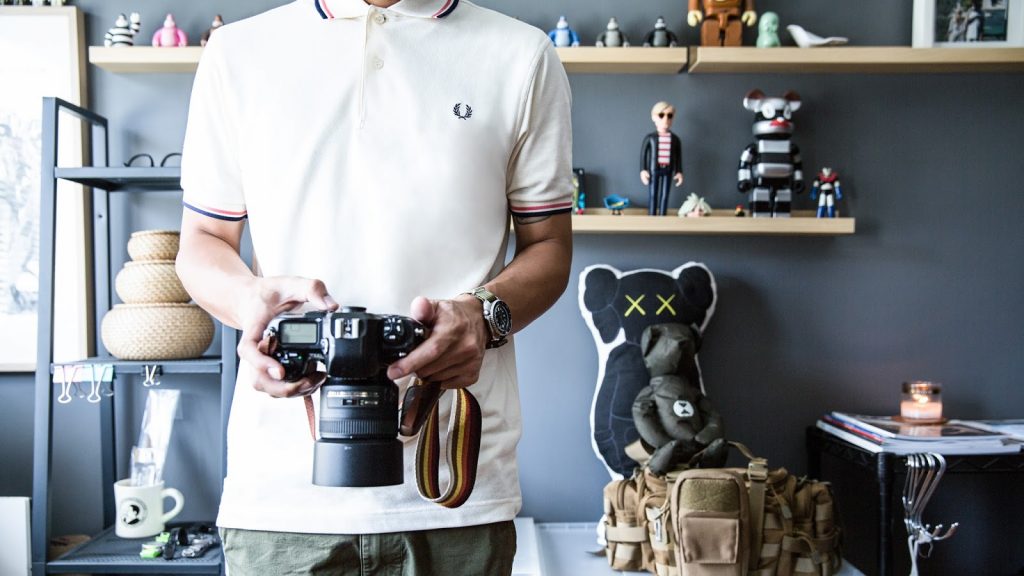 If I’m working from home, I probably wake up around 9am? Brush my teeth, come in here, check my emails, start working on everything, then grab an early lunch around 11.30am. Come back, do more work, until about 6pm or 7pm. That’s just an average day in the workspace. Then I’ll probably go out and do something until about 10pm, then come back and work until the wee hours of the morning.

2. Could you tell us about what you’re working on right now, or a project that you would love to undertake?

I just finished one of my own personal projects — I put out a little book. Currently, I’m working on something with my girlfriend, like a collaboration zine. The theme for that is still hush-hush, but it’s all going to be shot on film. It’ll be fun. 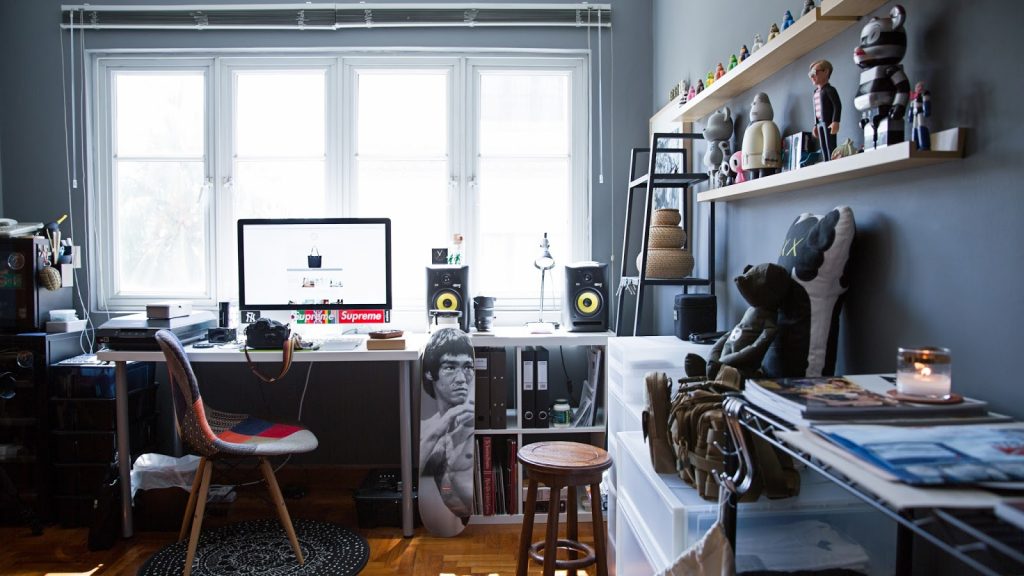 3. What is the best and worst part of being a photographer?

The best part would be sharing my vision. Is that too corny? Worst part of photography: that I have to do the business side of it.

4. What does individualism mean to you? Do you have any personal mottos, quotes, or philosophies that you’re living by right now?

To me, individualism means not really caring about what anyone else thinks. I feel very strongly about that, in whatever I do.

5. What is your working/creating style like? Are you neat and organised, or more free-flow and messy? Do you have a system/routine in place when you get down to work?

It depends on who the client is. If the client comes to me, and they want me to replicate my personal style for them, then I guess it’s more natural, more instinctive. You just show up and shoot and it goes from there. 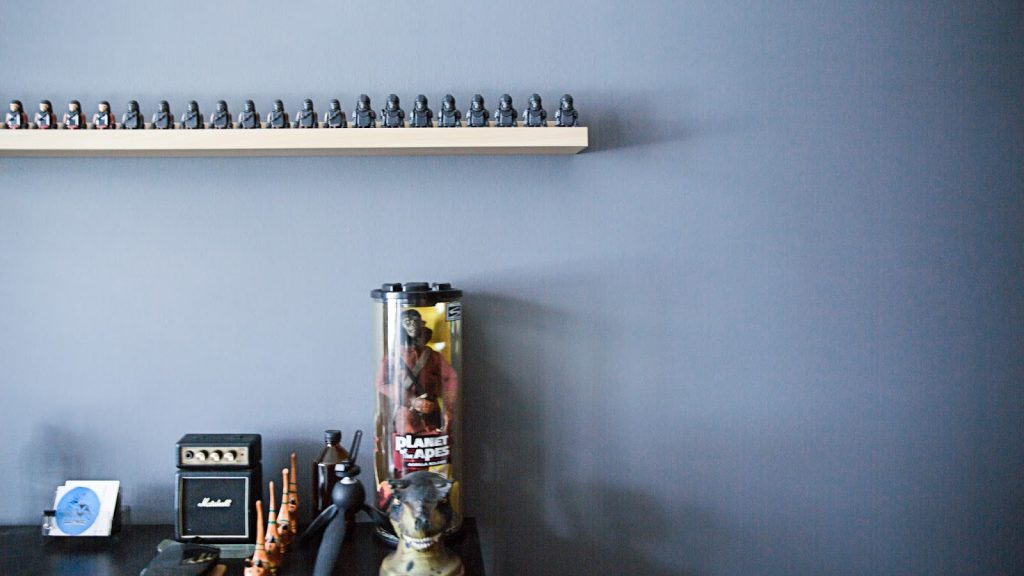 6. Who is one person you dream of working with, and why? Or do you have an icon you look up to?

I tell myself not to idolise anyone, because they always let you down. I guess Kunichi Nomura, from Tripster? He’s pretty cool. I look up to his vibe, because he kind of does everything but you don’t really know what he does.

7. What are the three things/tools you use most often at work? Or, what are three items in your workspace that you can’t live without? Besides your camera, which is the most obvious.

My phone, sunglasses, and my magazines, for inspiration.

8. What would your ideal workplace be like, in terms of the actual physical space and working environment?

It’d be like, a one-and-a-half storey, mid-sized warehouse with lots of shelves everywhere. As for the working environment, it’ll be like a really tight-knit collective. Just like a group of friends just hanging out but everyone in the collective will be on the same page, mentally. That’s how it would come about if I were to end up in a larger team. 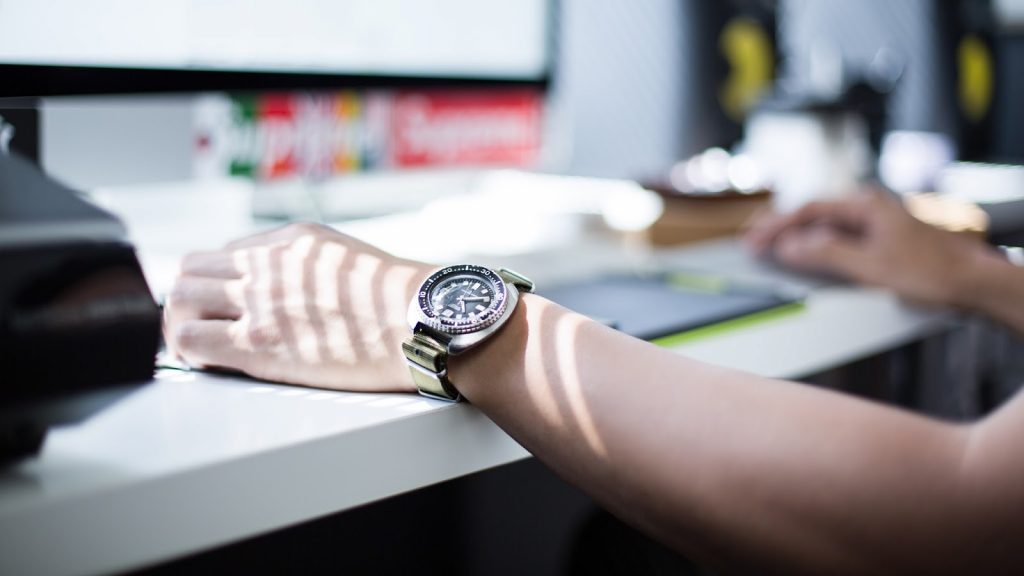 I could improve on everything in here. I’d fill the whole wall up with 606 shelves (designed by Dieter Rams). I like collecting, and shelves in general. I think shelves are a very important part of my life. Obviously, I need to know exactly what I’m doing while I’m shooting, but a lot of it is pretty instinctive. If I’m proposing a certain vibe, however, then it’s all from magazines. A lot of my inspiration comes from the 2006/2007 Huge magazines. They’re a Japanese magazine that does mid- to high-fashion, it’s just a bit cooler because they shoot it all on film. Yeah, if not, Tank magazine is pretty inspiring as well.

10. If you could wear a uniform of sorts for the rest of your life, what items would the outfit consist of, and why?

I like my Superior Labor socks. And lately this is the get-up (gestures to his outfit). Because in Singapore, this is chill, you don’t sweat too much, and these pants are ripstop so they don’t really get that dirty everywhere. It’s all lightweight, and practical. I think whatever I wear has to be practical. 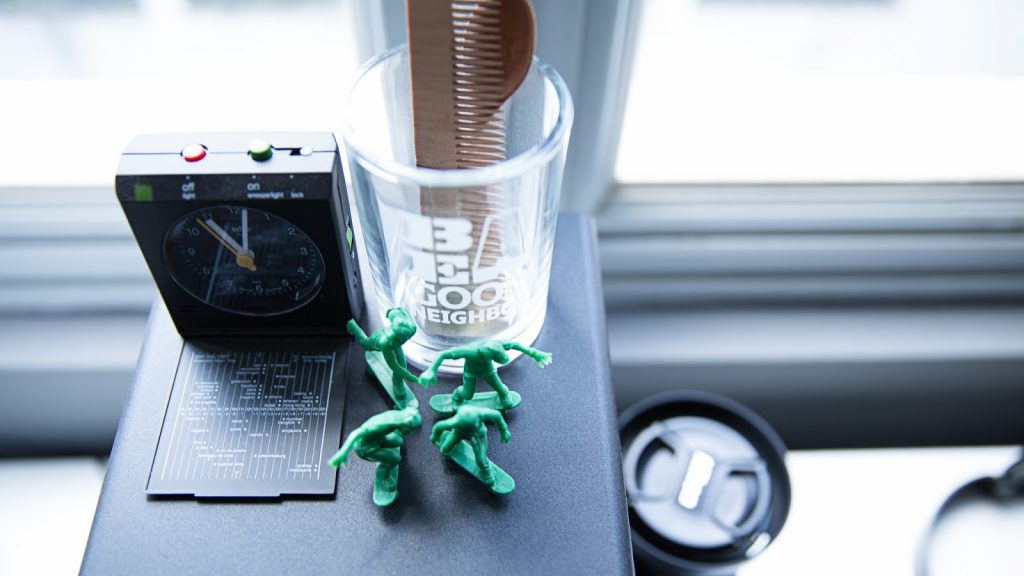 11. What do you think are some wardrobe staples that everyone should own?

There’s two things everyone should own — a polo shirt, and a watch, because people are always late. People should own a watch, that’s very important.

12. What/who are you listening to right now? What kind of music do you listen to when you work?

If it’s music, I listen to the soundtrack from A Single Man. But most of the time I listen to podcasts when I work— anything by WNYC. Radiolab is one of their science podcasts, TLDR is also really good. And I think the latest podcast I’ve been listening to is called Here’s The Thing, with actor Alec Baldwin. 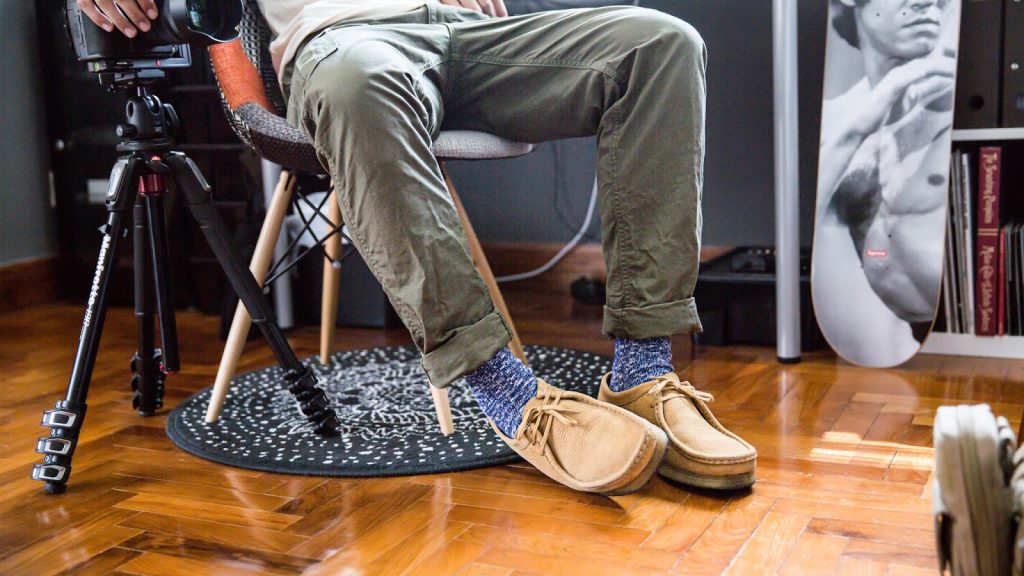 What Are You To Me, by UNKLE.

14. If you were asked to curate a music festival, which three musicians/bands would you headline?

15. What’s the one thing you think you should be doing more of, or that you wish you had more time to be doing?

Yeah — be by myself. Walk around alone. 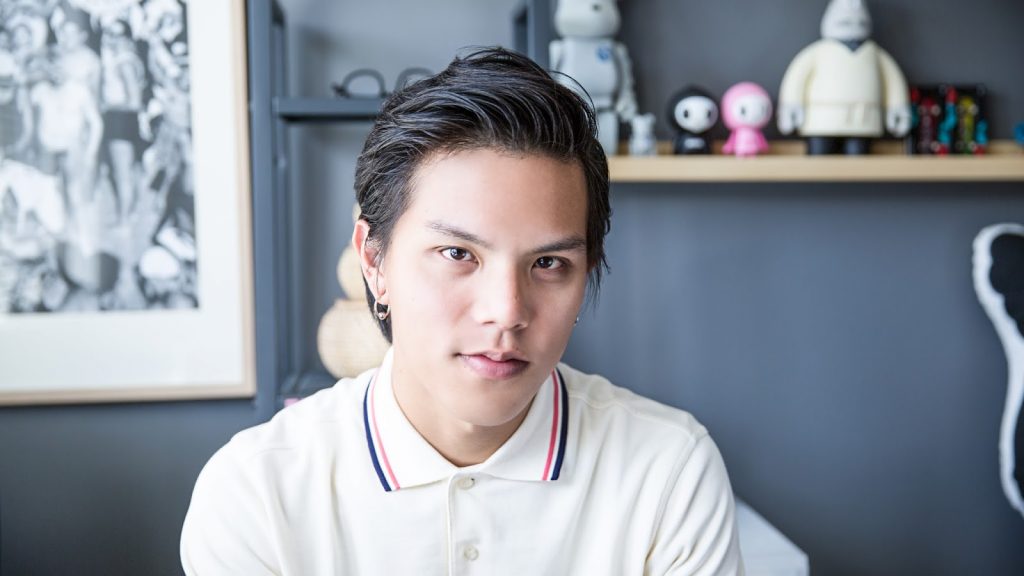