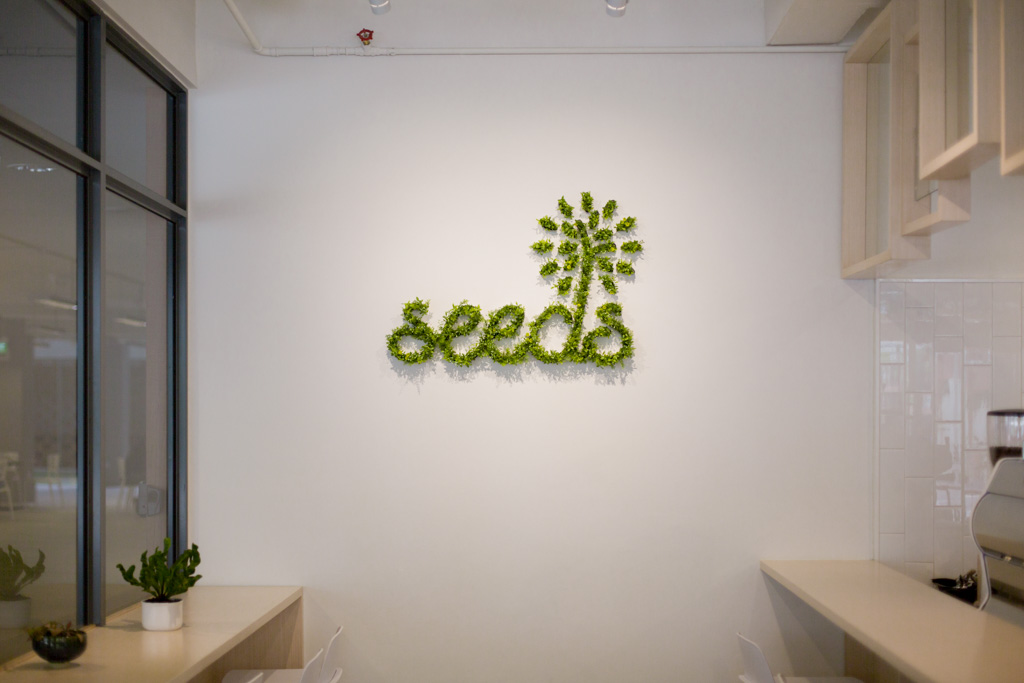 Our project with Seeds Café was special in more ways than one. First of all, of course, we wanted to support Seeds Café and Rainbow Centre in the best way we know how—by telling the stories of everyone involved. Secondly, it was heartening to understand and see the shared vision of all who contributed come to life. Thirdly, the Shentonista team can say that we’ve left our mark in the café as well; we spent some time with some students from Rainbow Centre and painted (or attempted to paint) sections of the plywood boards that now line the undersides of some stools and shelves in the café.

That was where we first got to know more about Rainbow Centre and what they do, and from there we watched the café go from construction to completion. When shoot day rolled round we felt an undeniable sense of affinity to Seeds, which was heightened as we spoke to each of the people who had a hand in its creation.

Meant for skills training, the café was built with the school’s students in mind. One such student is Faisal, who has worked long and hard to become a barista at Seeds. He was first on set for the day, along with his mother, Tiani, and his grandmother watching on off camera. There were many heartwarming moments on set as we saw, for ourselves, the love and support that Faisal’s mother gives to him. 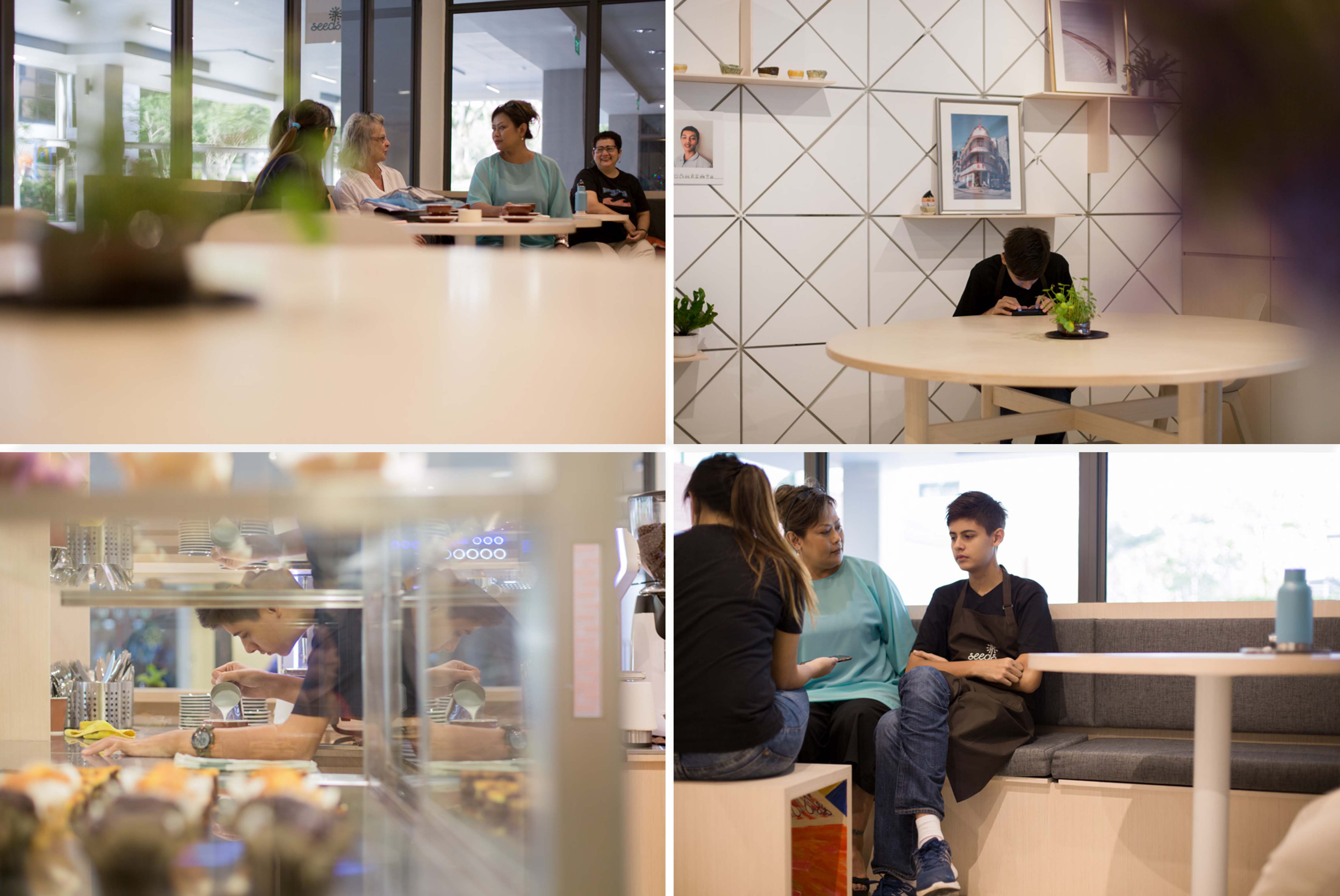 The second group for the day were made up of Juliana, Jacob, and Samantha from Tiong Hoe Coffee. Used to being the unseen heroes who were responsible for training the students at Seeds, it was evident that the trio were more comfortable behind their coffee machines as compared to being in front of the lens. Still, they managed to share a few laughs, and taught us a bit about the kind of beans they use in-store. 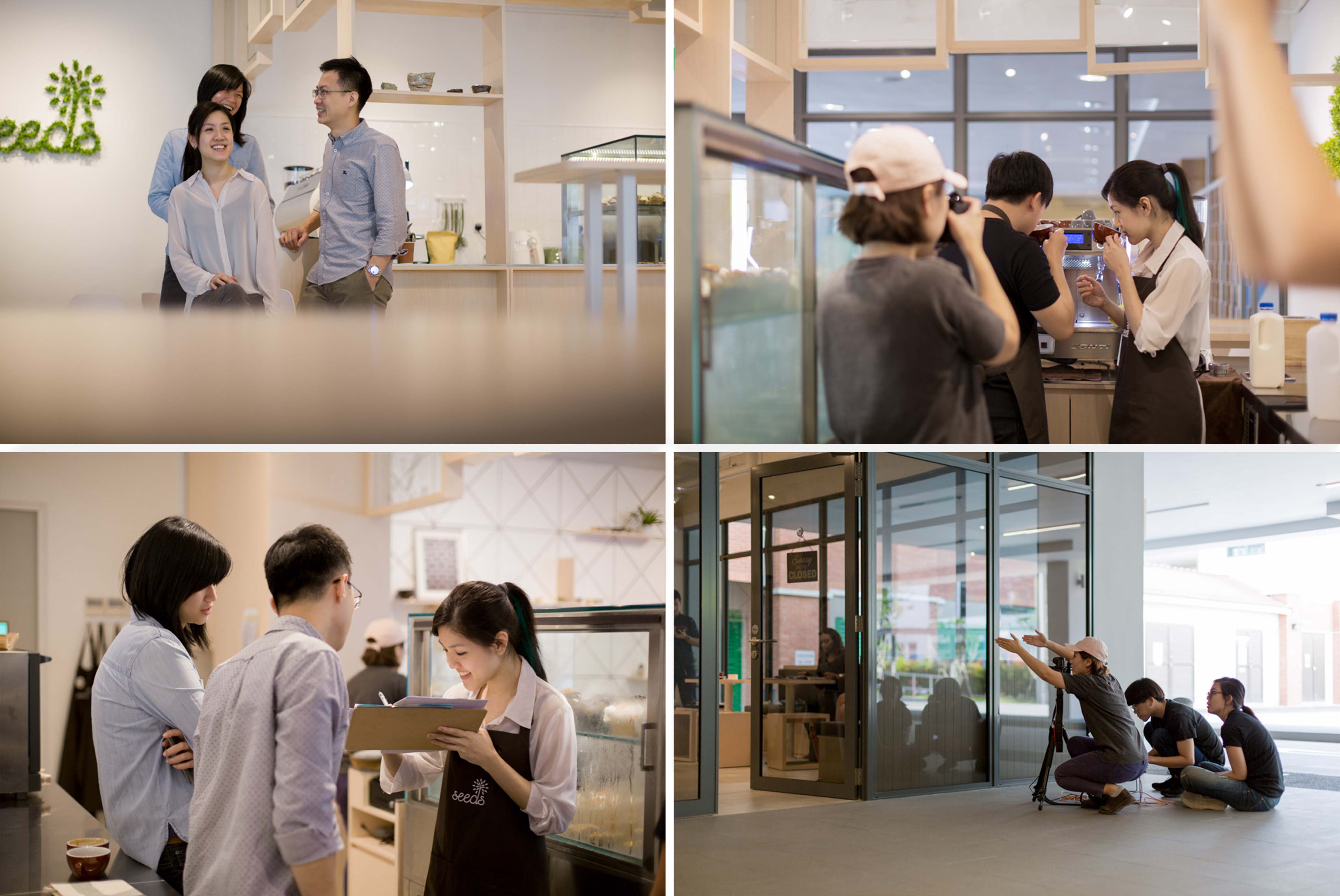 Our second student for the day was Harish, who came by with his father, Mr. Ganesan. Harish proved to be the more chatty of the two, sharing about how, surprisingly, he preferred cooking to art, despite some of his artwork slated for show in Seeds. However, he gamely, spontaneously did a few paintings for us, before father and son shared some tender moments over tea. 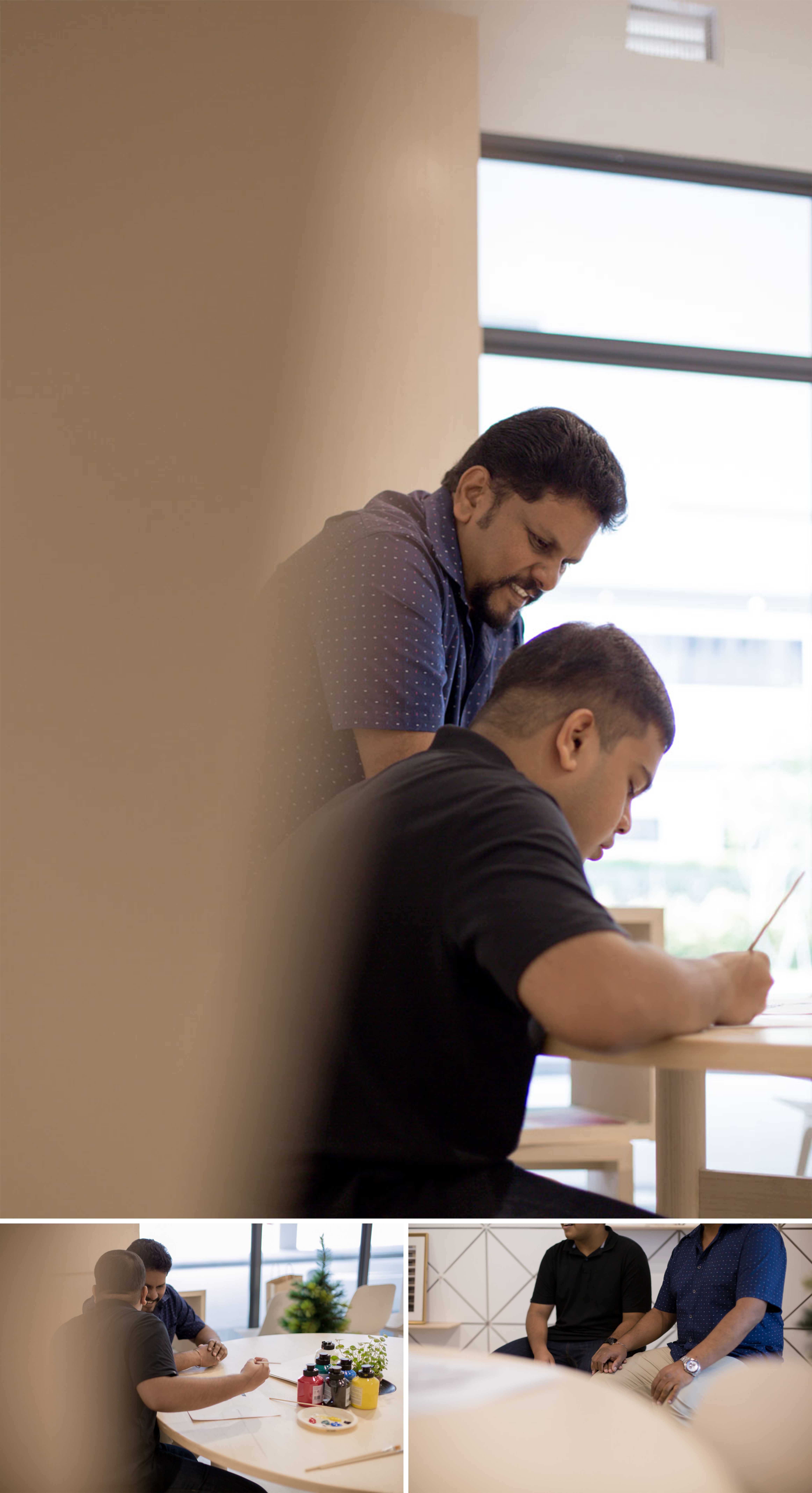 Next up were Alvin from PHUNK Studio and Justin from Black Design. The two had worked together for other projects before, and their sense of ease with each other even on set was palpable. They came up with the branding and design collaterals for Seeds, and as they brought us through their work, we found out a little more about the hopes and vision for the café. 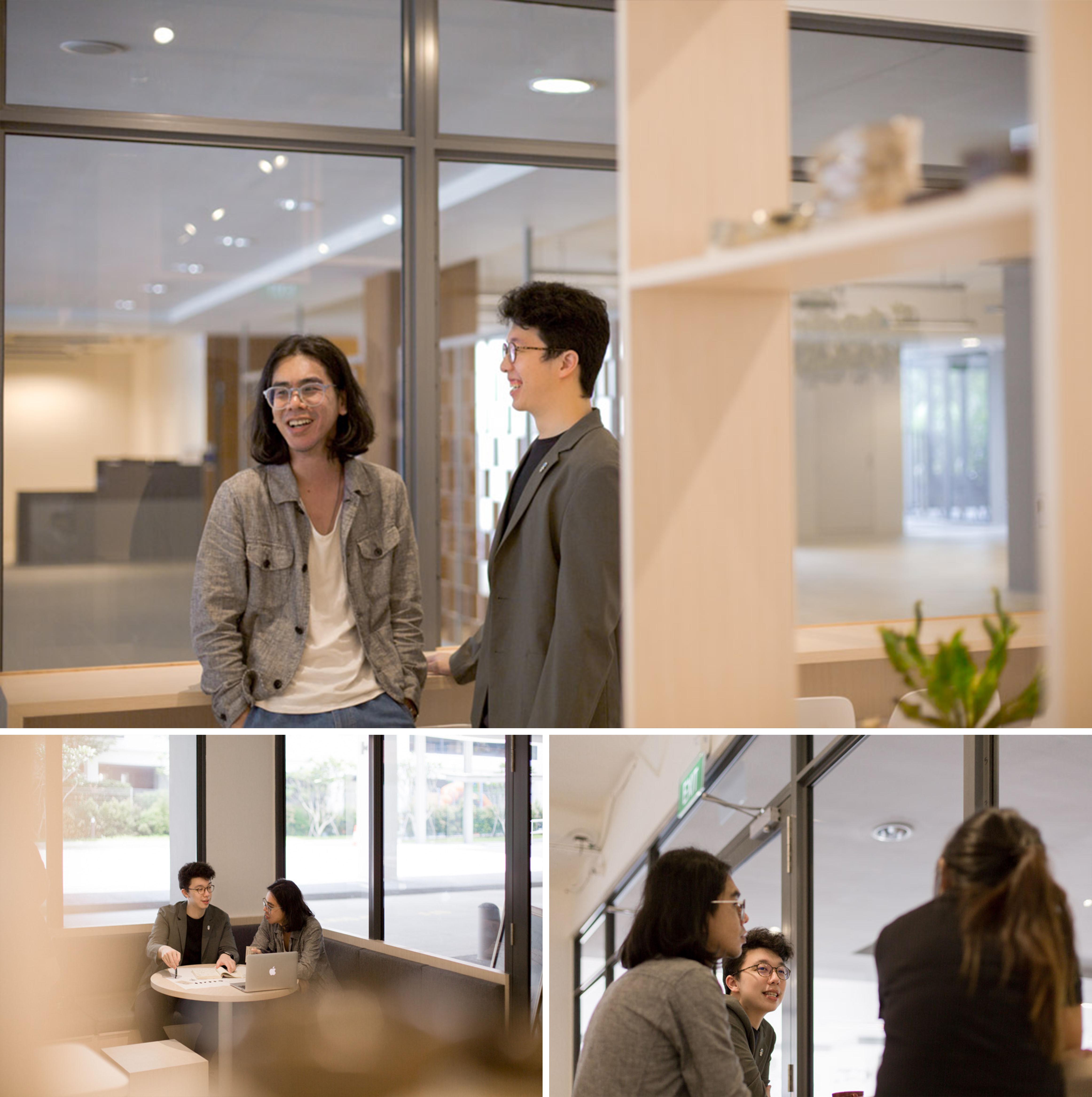 Seeds would not have been possible without the café coordinator, Amutha, and project executive, Pei Yi. Together they ensure that all things run smoothly, and they take care of many things that often aren’t noticed or considered—from developing the menu, to managing the social media for the café. We got a sense of the scope of their work, and also the immense satisfaction that both ladies receive. 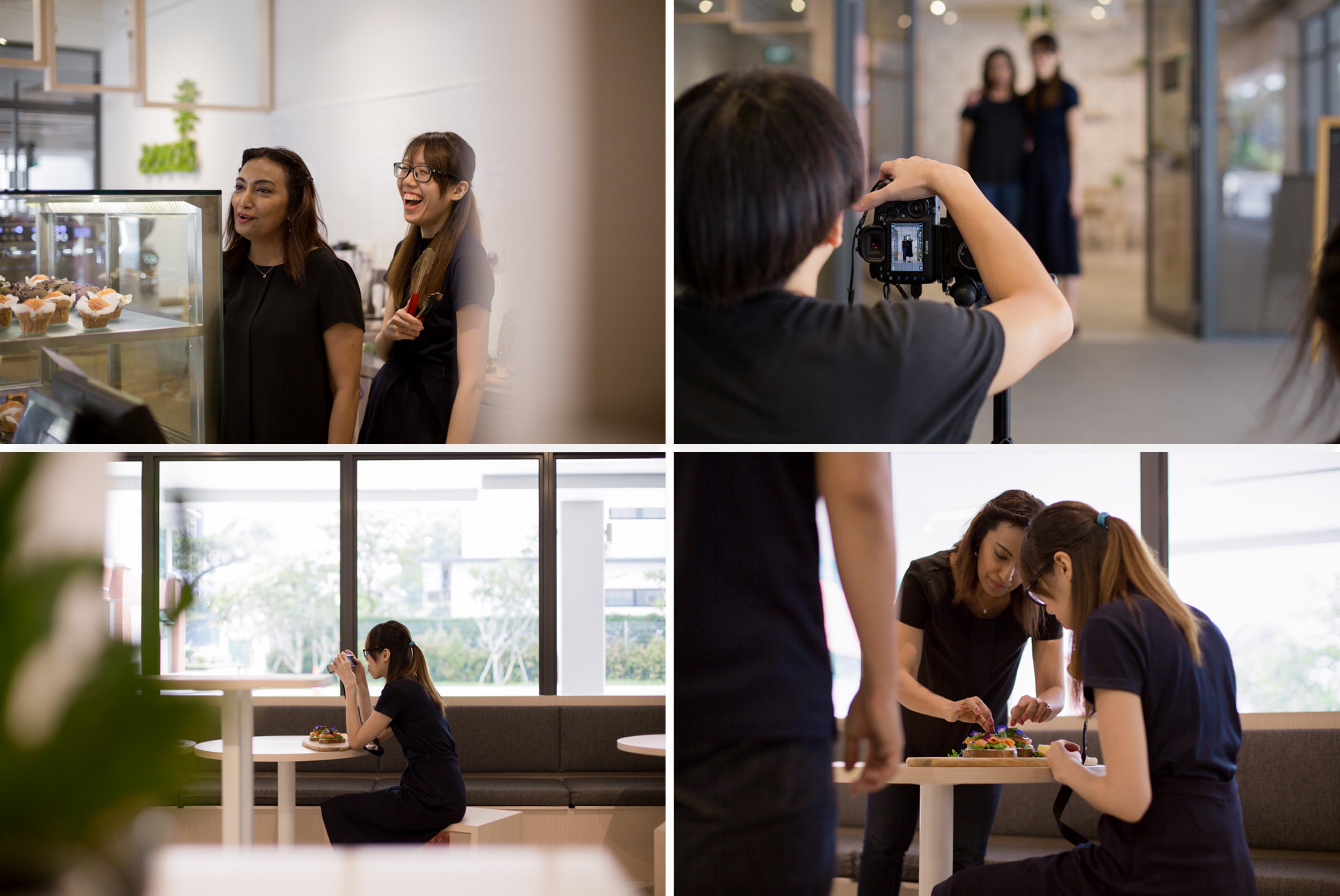 Last but not least for the day were our good friends from LAANK—Cherin, Jason, Alex, and Kent—who were the ones who looped us into the project in the first place. As the interior designers for the café, LAANK talked us through the different purposes of Seeds—a reminder for them, and us, that design can and should do more than just beautify a space. 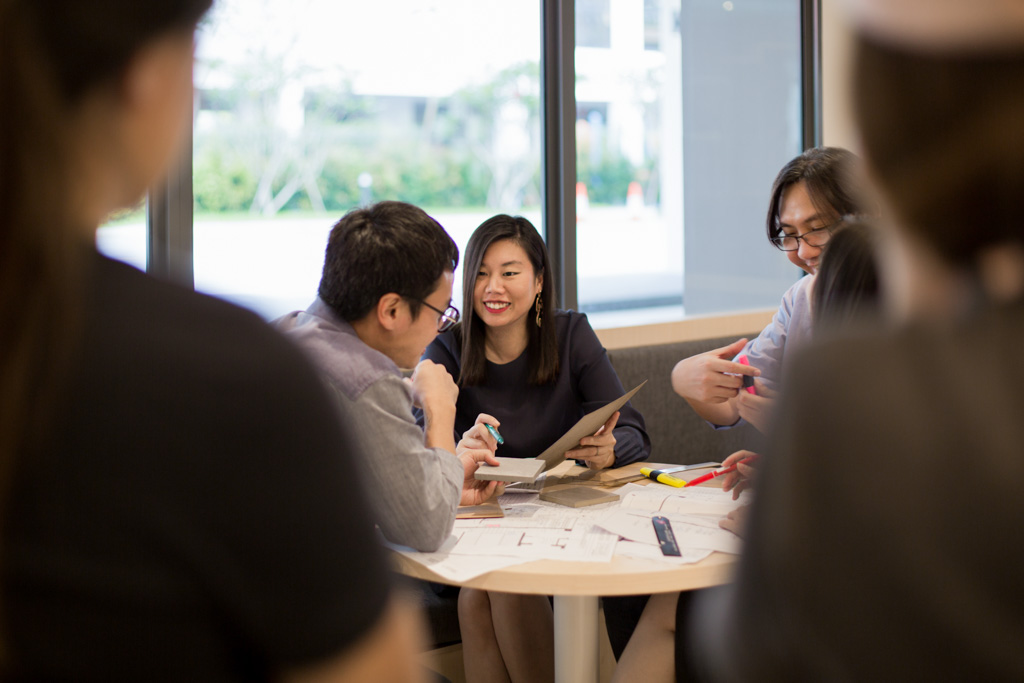 While the Shentonista team wasn’t directly involved in the creation or operation of the café, it was truly rewarding to hear and be able to share the stories of all the people who have come together to make a difference. To us, it’s clear that Seeds came to fruition through the skills, time, and effort of the team behind it, but what keeps it going is love, hopes, and dreams.