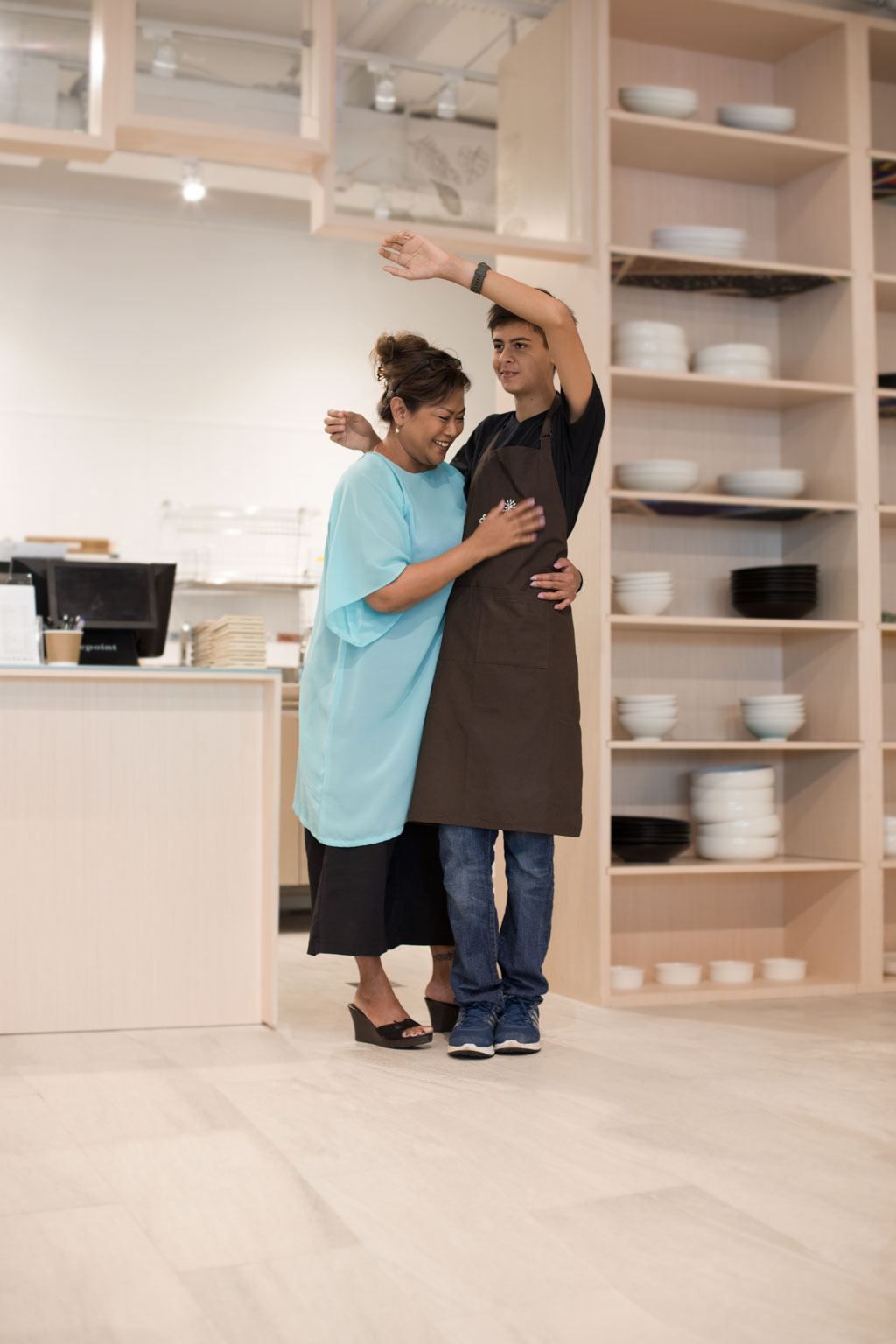 The love between Faisal and his mother, Tiani, is clear to see. The 15-year-old student at Rainbow Centre (Yishun Park) is training to become a barista at the school’s Margaret Drive branch’s café, Seeds—which aims to provide students with special needs the opportunity and experience to learn skills that can serve them once they graduate. Tiani and family could not be more supportive of Faisal’s every endeavour; his New Zealander grandmother even joined us on set just to watch the proceedings. Both mother and grandmother seemed highly impressed by Faisal’s confident handling of the machinery and equipment, although at times he seemed understandably more interested in making coffee or playing a game on his phone than standing still for a portrait. We took some time to find out more about him and his mother.

Faisal, aside from making coffee, what do you like doing?

Faisal (F): I like to eat meatballs, nachos, spaghetti bolognese and phad thai. I work in the stables. I ride every Friday at the Singapore Polo Club. Take care of horses. Put the bridle and reins on the horses. I go there on Saturdays and Sundays. My favourite horses are Moah and Mayday.

Tiani (T): He likes to look after horses and he’ll be there every weekend or when he has the time. When he finishes school at 1230PM, he comes home, has his lunch, spends a couple of hours on the computer YouTube-ing, and when he finishes that, he goes to the stables. He does everything from cleaning the stables to feeding and washing the horses. He stays up till 9PM sometimes. Those are long hours! 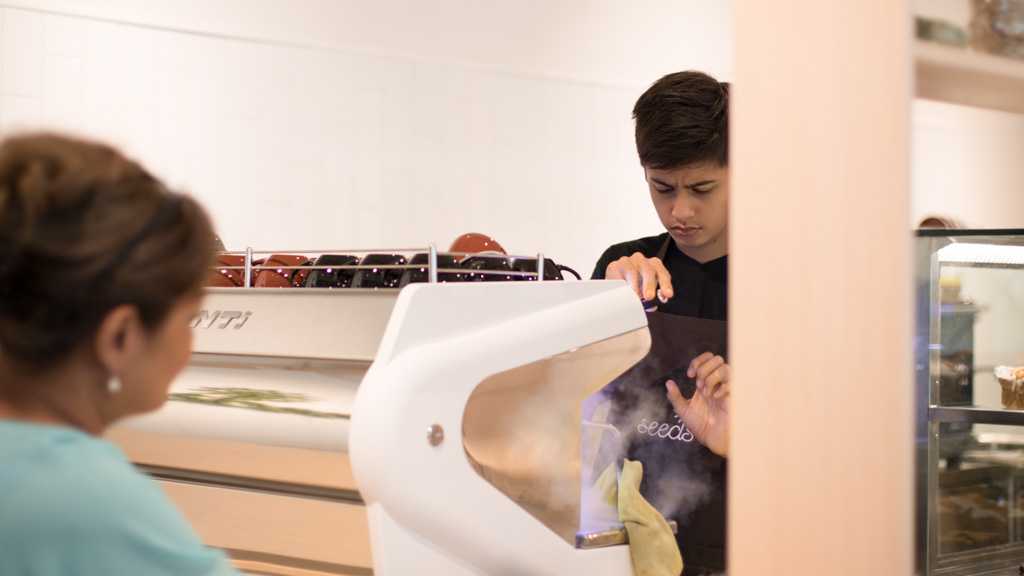 If you could describe Faisal in three words, what would they be?

T: He’s independent, conscientious, and very hardworking. He keeps himself pretty much very occupied. When he’s not at the café or in school, he’ll be at the stables of the Singapore Polo Club, where he’s been volunteering for the past three years.

How do you feel working at Seeds?

Tiani, what were your thoughts on Faisal learning how to be a barista?

T: Initially, I was worried as I thought it might be a long journey for him as we stay in Yishun in the morning. I was afraid he’d get stuck in the train during disruptions. But he’s been good! He looks forward to coming to the café—he really does. He marks out the days he has to work on his calendar. He actually makes coffee for both his father and grandmother now. He’s a natural, no fuss. If he has to come here in the morning, there’s no trouble waking him up. He’s up and ready to go within half an hour. 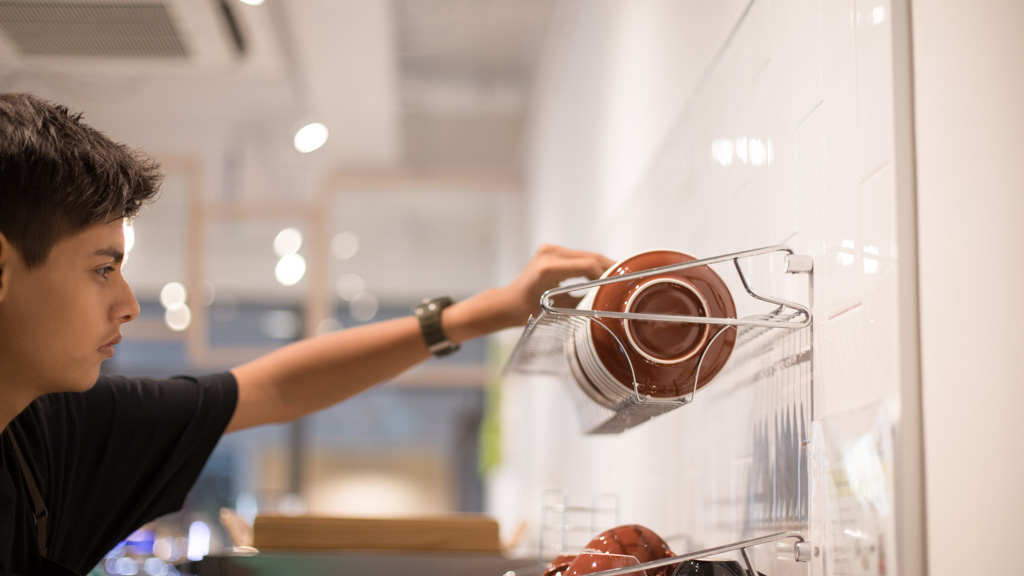 Faisal, besides making coffee, do you drink it too?

T: No hot drinks for him yet. It’s always chilled drinks for him, ever since he was little. One time, when he was much younger, he didn’t want warm milk. We were in New Zealand and we had to drive to the petrol station to get some ice for his milk. From then on, he decided on having only chilled drinks! The coffee he makes is really nice though! I don’t drink coffee normally but his is delicious.

What was your experience like during your training with Tiong Hoe Specialty Coffee? What did you do?

F: I liked it. I learned how to make an Iced Mocha. I learned about the machine, water filter—spray is hot. I frothed the milk. I learned to go on the MRT by myself from Khatib to Queenstown in the morning.

How long did you take to learn how to make a cup of coffee? 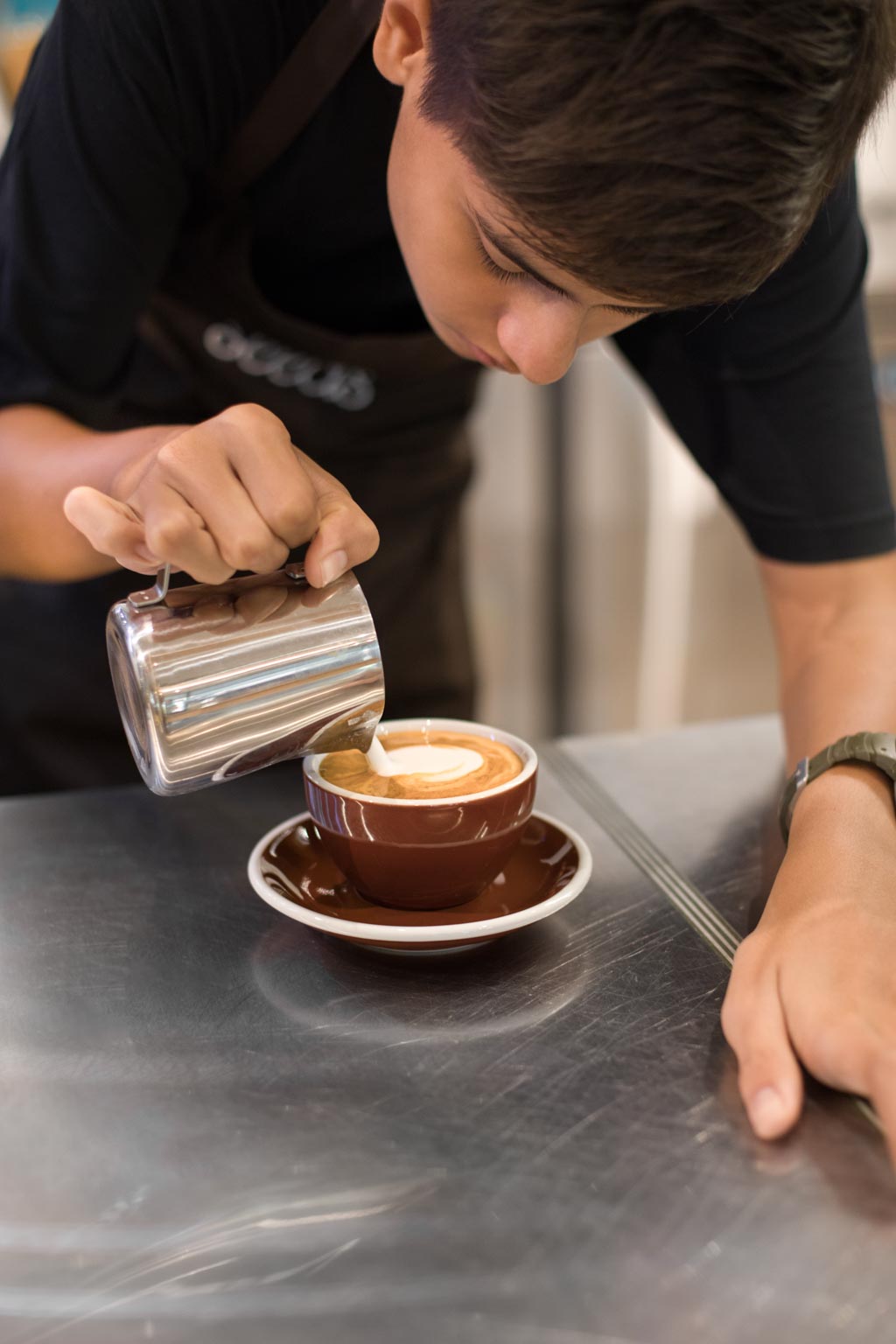 What do you like about the cafe and how do you feel about this initiative?

T: It’s my first time here at the café and I think it’s really nice! It’s comfortable enough an environment. I think it’s a brilliant idea to expose these kids to such opportunities and it’s a brilliant start. The kids are more capable than we think. Initially, I thought Faisal was incapable of doing so many things. When he started at the stables, I was worried because horses are big animals, and I thought he wasn’t capable of coming to Seeds café because of the travelling distance. He exceeded my expectations and you know, if I had to grade him, I’d give him 100% in achievement. I’m definitely very proud of him.

What are some of your favourite parts of the café?

T: I like everything! I like the bar area. I think the working environment is safe. I was initially worried because of the hot water but Faisal’s more capable. He’s okay.

Are there any words of encouragement or advice you want to give to Faisal before he begins work?

T: Whatever he wants to do, we’ll back him up. We’ll always be there for him. 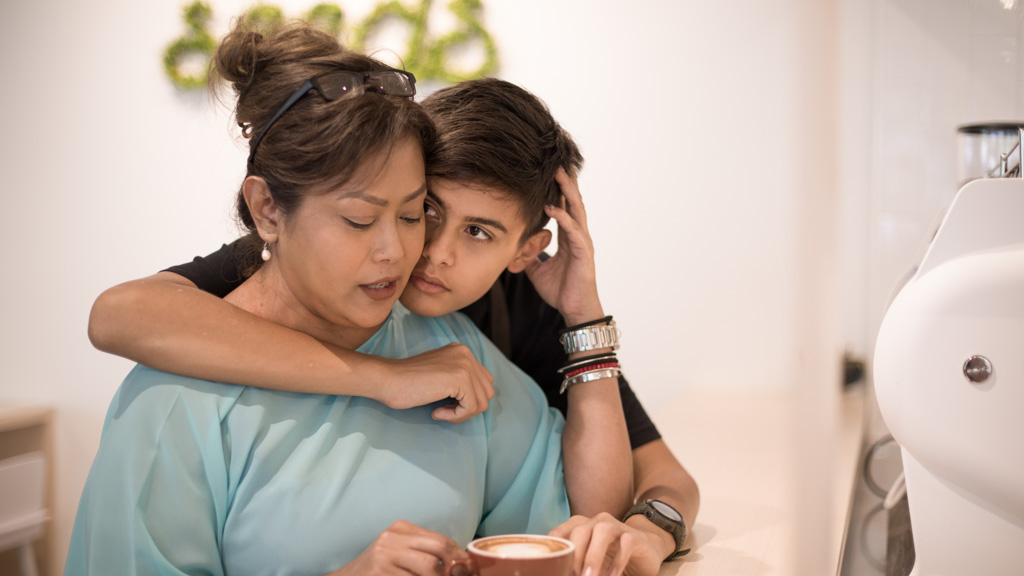 Share with us a moment you were most proud of Faisal.

T: I think it was the first day when he started. I thought I needed to travel with him to school because it’s a new route for him. But he was most comfortable—he walked ahead of me and knew the directions to get here. He even knew to stop at the junction and look left and right before crossing. He absolutely did not want me to tag along! I came here before but in a taxi. I didn’t know my way around by train but he was comfortable about travelling on the train by himself and I was confident about him travelling on his own after that. I knew he’d be alright in the café because of his demeanour. My only concern is him communicating with the general public as he has limited vocabulary. We needed to push him beyond and I think he’s coming along fine. He’s comfortable around strangers and people, it’s just that when you engage with him, he’s not too sure about how to engage back.

What are some of your hopes and dreams for Faisal?

T: I dream that he’s able to look after himself.  He needs to be happy—we want him to be happy in whatever he does.

If there’s something you could say to the whole world, what would it be? 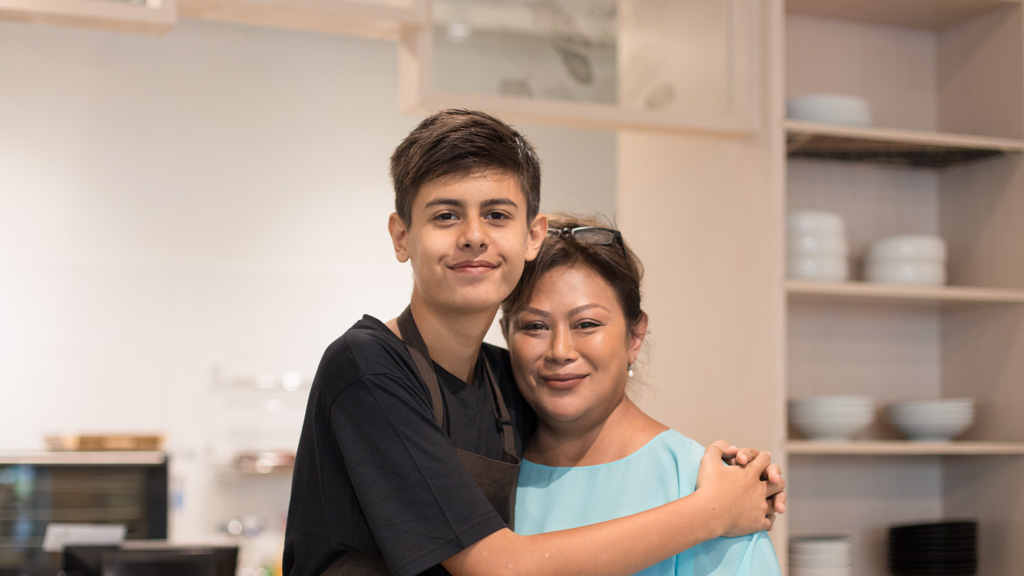 Previous Post We Need A Hero x Shentonista: Look Of A Hero—Behind The Scenes
Next Post Seeds x Shentonista — From The Heart