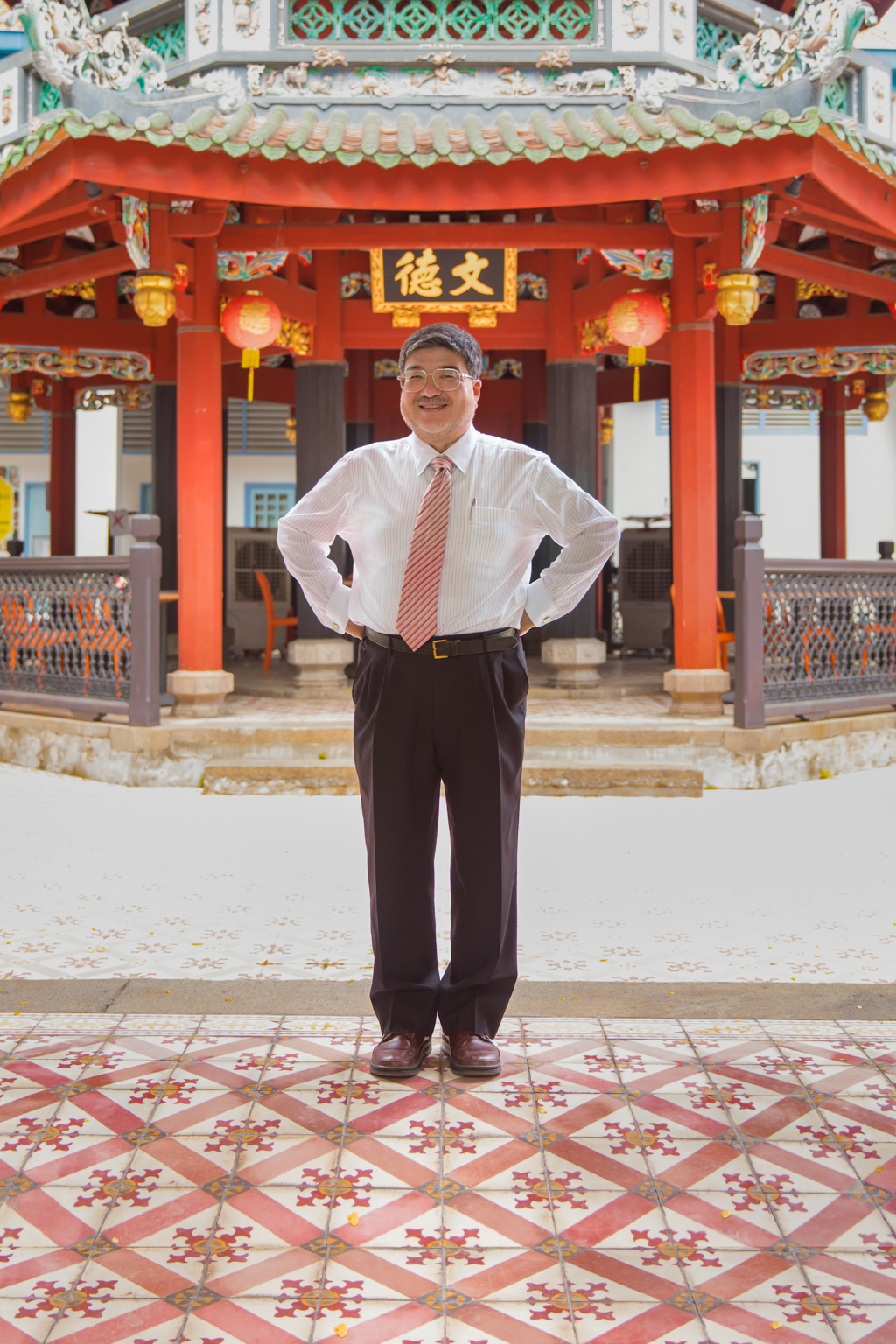 Before iPods, Walkmans, and gramophones was the musical box—the world’s first audio device. And did you know Singapore played a significant part in its history? In fact, Singapore was the first country in Asia to make musical boxes—craftsmen used their clockmaking knowledge to make musical boxes, which would be purchased by visiting sailors who would bring them home to Europe, increasing the reputation of our craftsmen.

Another fact you might not have known: tucked away in a historic temple compound at Telok Ayer is the Singapore Musical Box Museum which celebrates this very heritage. Although swarms of office workers on their way to their lunch break might pass by the temple daily, few might realise that the museum houses a collection of over 40 musical boxes from around the world, some dating back to as early as the 18th century. 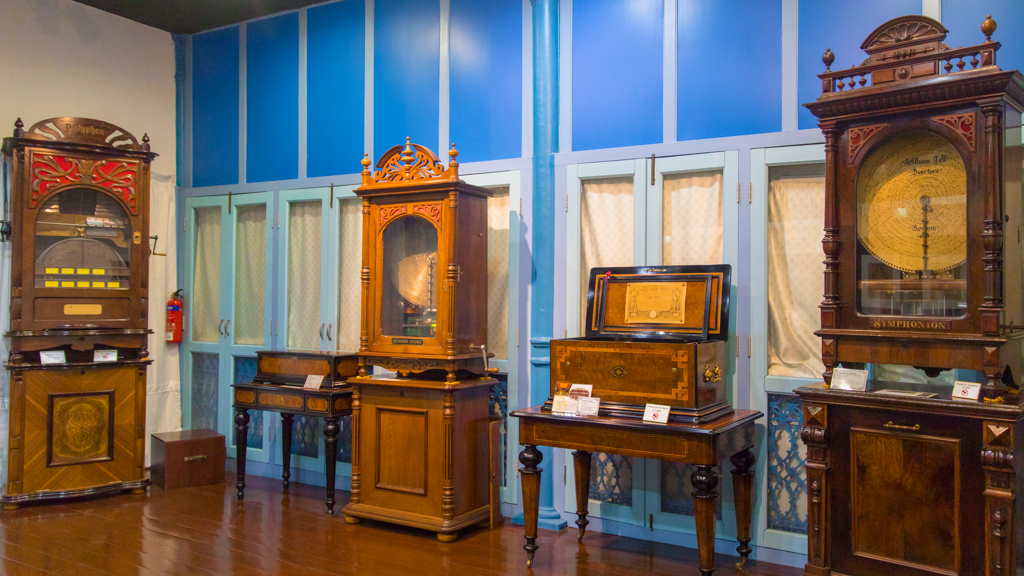 Naoto Orui, a Japanese businessman and founder of the museum, is still adding musical boxes to the collection. Even though Japan has its own history with musical boxes, Naoto can’t help but be proud of Singapore’s immense historical involvement in the rise of musical boxes. He aims to preserve these antique pieces, and continue to educate the public about the technology and craftsmanship behind these lesser-known devices.

In the next part of our series with Singapore Tourism Board, we chat with Naoto as he gives us a tour of the museum, and shows us how these century-old musical boxes work. The melodies rise as if they haven’t aged, and we’re transported back in time to experience the wonder of hearing an entire orchestra within a box. 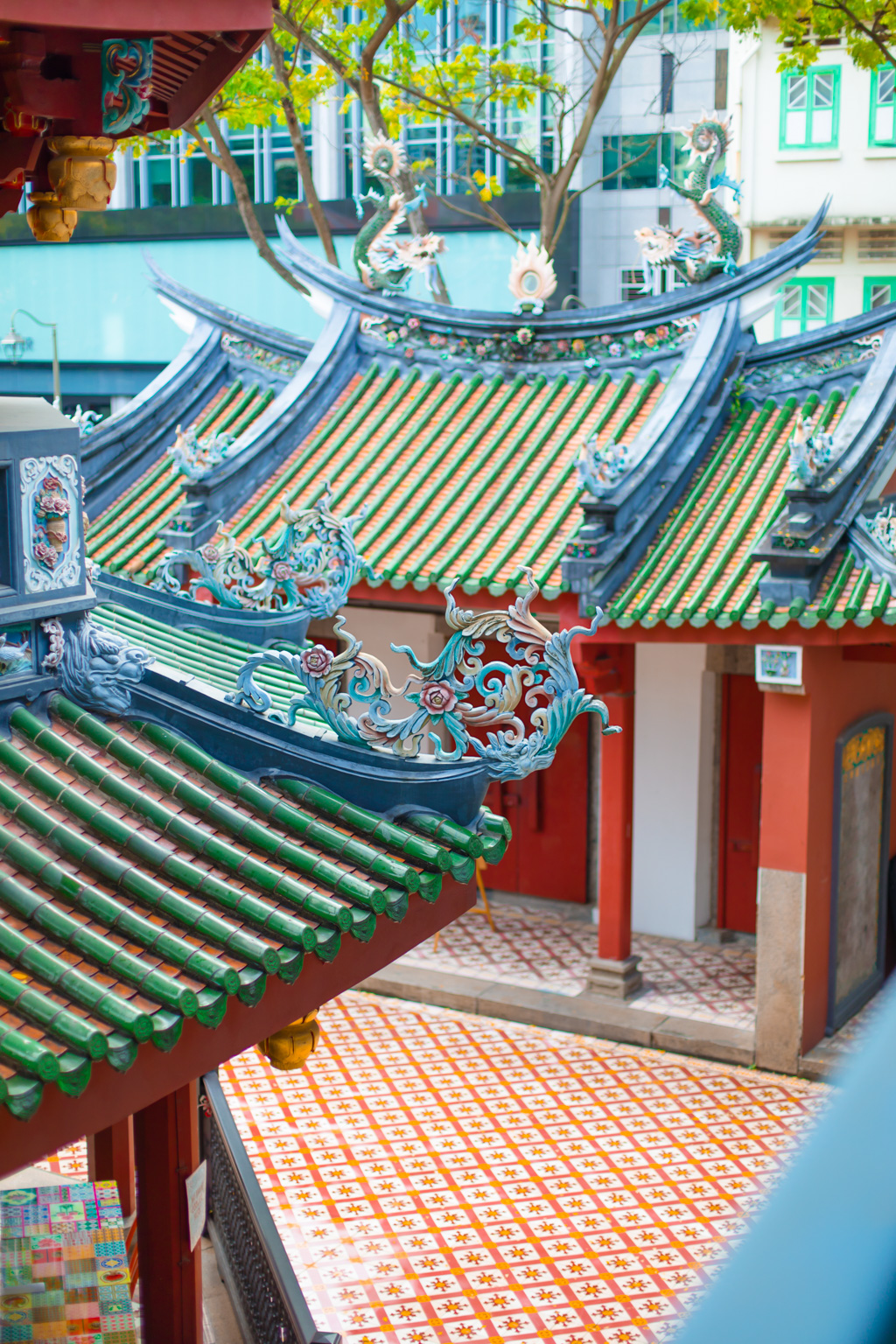 The museum compound, Chong Wen Ge, together with Thian Hock Keng temple was awarded UNESCO Asia-Pacific Heritage 2001 Awards for Culture Heritage Conservation. Tell us about the significance of being in this heritage site.
Chong Wen Ge was Singapore’s earliest educational institute enacted back in 1849. Alongside the school is another heritage site, Thian Hock Keng, which is Singapore’s oldest Chinese temple. As a nod to a site so rooted in history and education,  we’re very fortunate to be sharing the history of musical boxes here. For people who visit, especially the younger generation, it’s an opportunity for us to teach them about our cultural heritage. 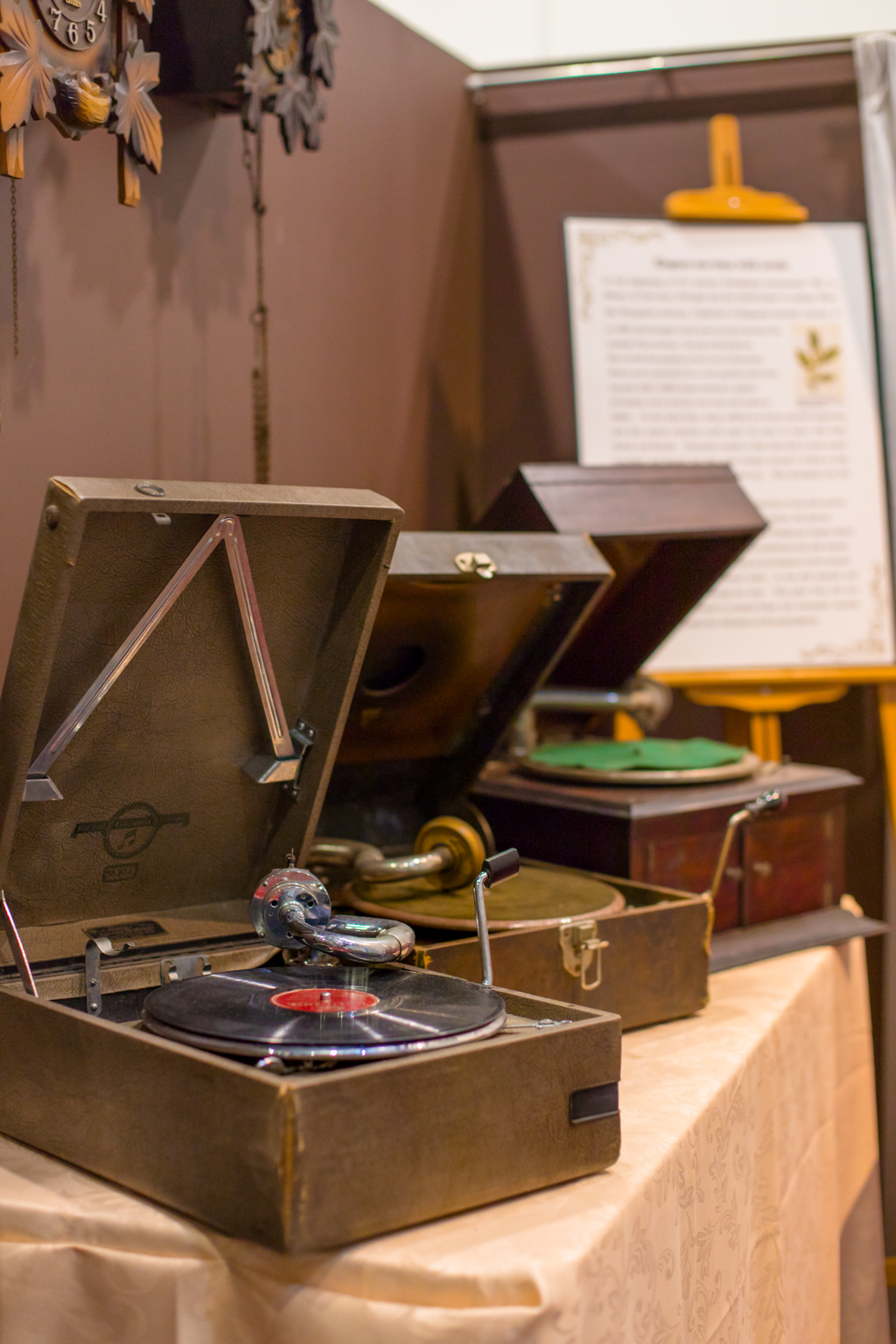 Historical resources have shown that Singapore played an integral part in the progress and development of musical boxes in South-East Asia in the 19th century. What is the significance of musical boxes in our own history?
Singapore has a rich history of clockmakers, watchmakers, and craftsmen dating all the way back to the middle of the 19th century. Around 1860, when the British were in Singapore, local craftsmen would learn crafting skills from the British. They were very progressive and contributed their expertise into developing musical boxes. And as more and more foreigners came to Singapore, they brought with them musical boxes from their own countries too. That’s how it grew in popularity here. 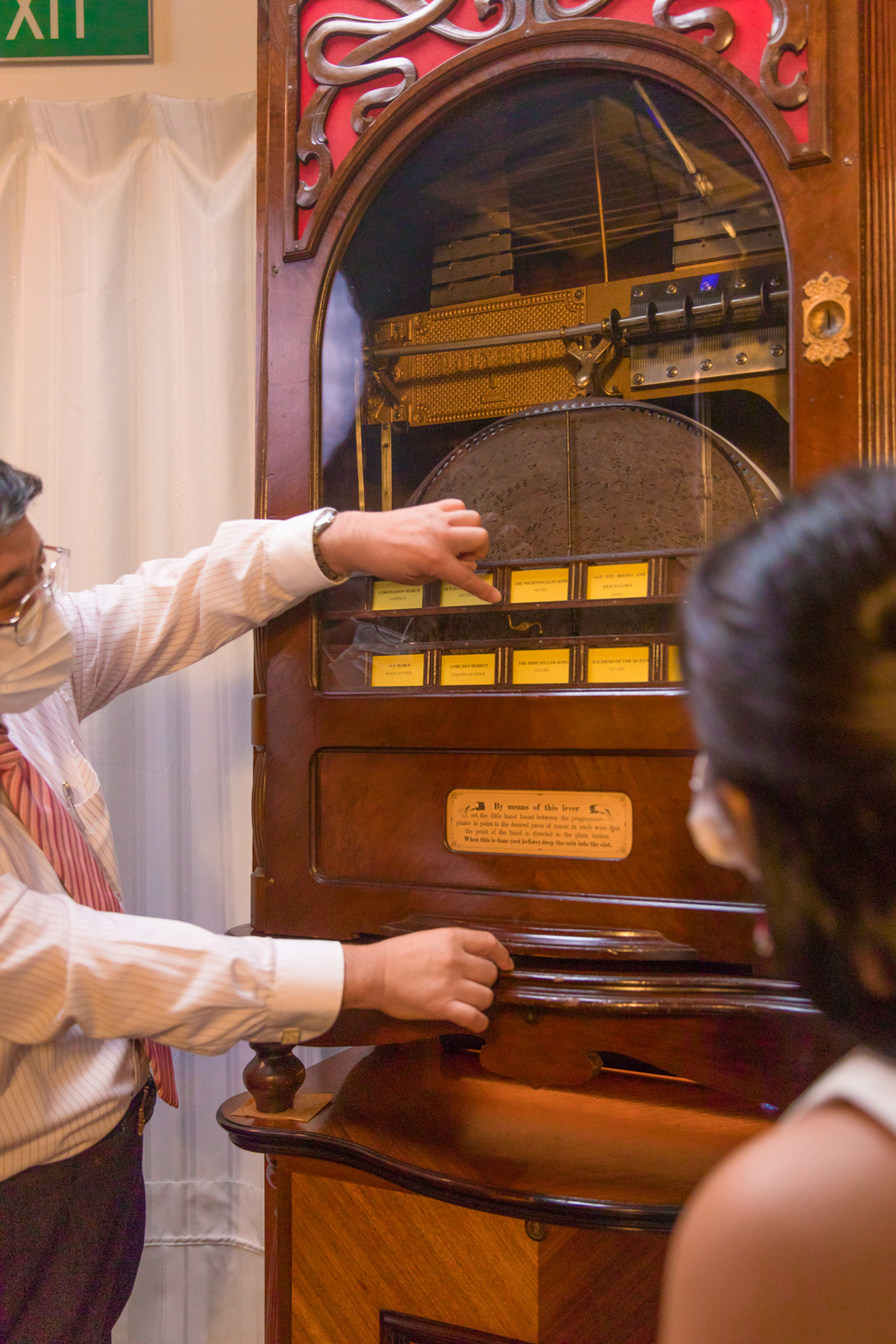 Musical boxes are lesser known and under-appreciated today. What are some things that people will find interesting about them?
People are surprised to see that musical boxes may contain many instruments that make up a band. When people visit our museum, they get to look inside the boxes to see the many intricate mechanical and musical parts. Craftsmen had to expertly design each musical box and combine the pieces together in a way that produces the song.

Why did you open up a musical box museum in Singapore?
It was my teacher, Graham Webb, who told me to bring a Singapore-made musical box here and tell people about it. In that process, I started to appreciate the Singaporean culture too. At the Musical Box Museum, I want to celebrate 200 years of clock and musical box making in Singapore. I feel it’s our duty to educate people about this history, especially the younger generation. 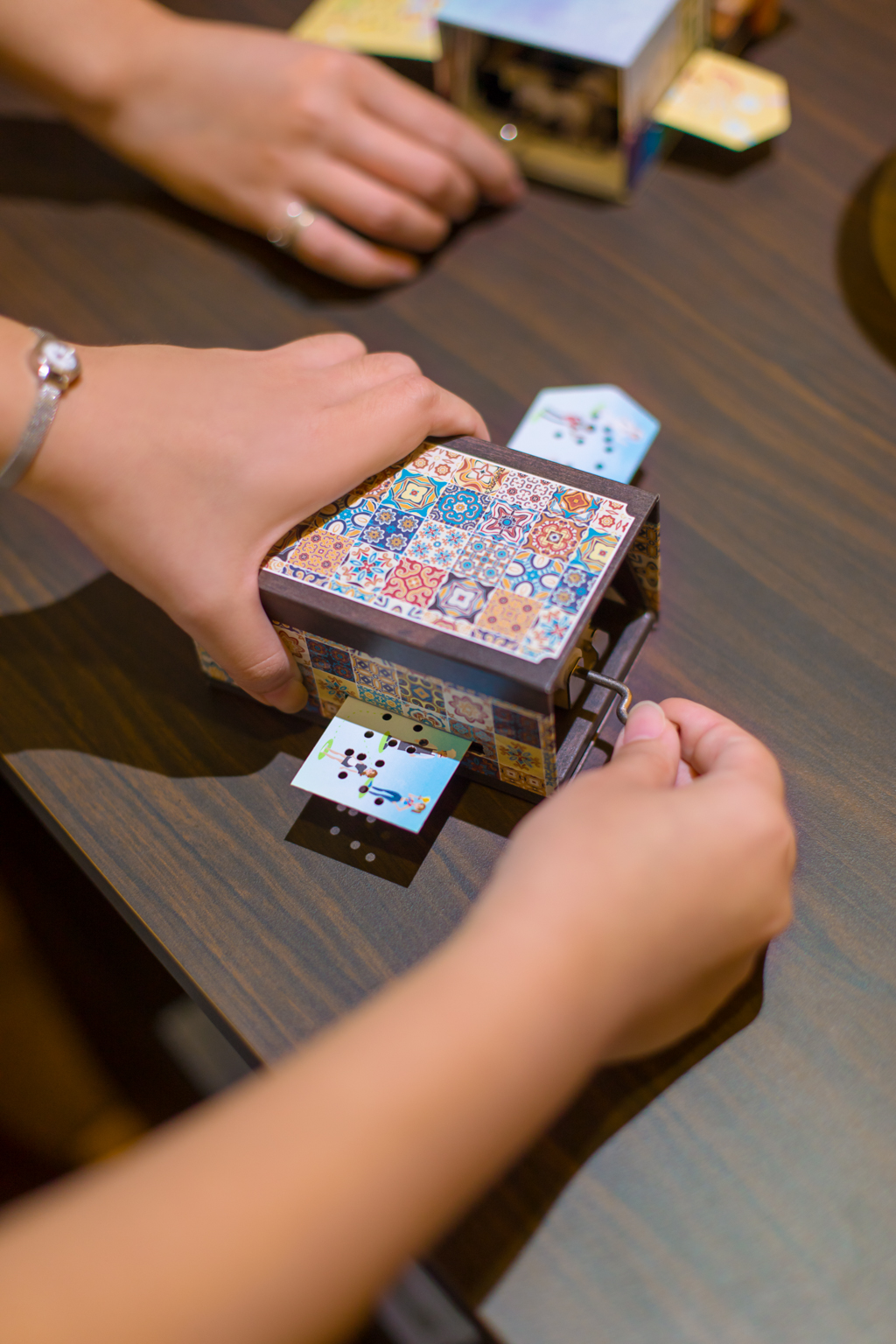 How did you first started to get interested in musical boxes?
When I was 23 years old, I was studying winemaking in France and came across a watchmaking class. There I learnt about musical boxes, which uses the same technology as clocks. I enjoy vintage music but what drew me to musical boxes is the mechanism behind it. I went to England to learn from my mentor, Graham Webb, a musical box researcher and collector. As a beginner, I enjoyed disassembling the boxes, examining and understanding every part. Ever since, I’ve appreciated the ingenuity of early musical boxes and the craftsmen who developed and hand-made them.

Do you continue adding new boxes to your collection? And where do you get them from?
I’m always searching! I’ve found some at Sungei Road near Lavender. The sellers had lots of knowledge about clocks and musical boxes which have been passed down from their own parents and grandparents. That’s over 100 years of history and information. Same for the many watch shops here. The owners help me locate musical boxes. Sometimes I find them at auctions too. 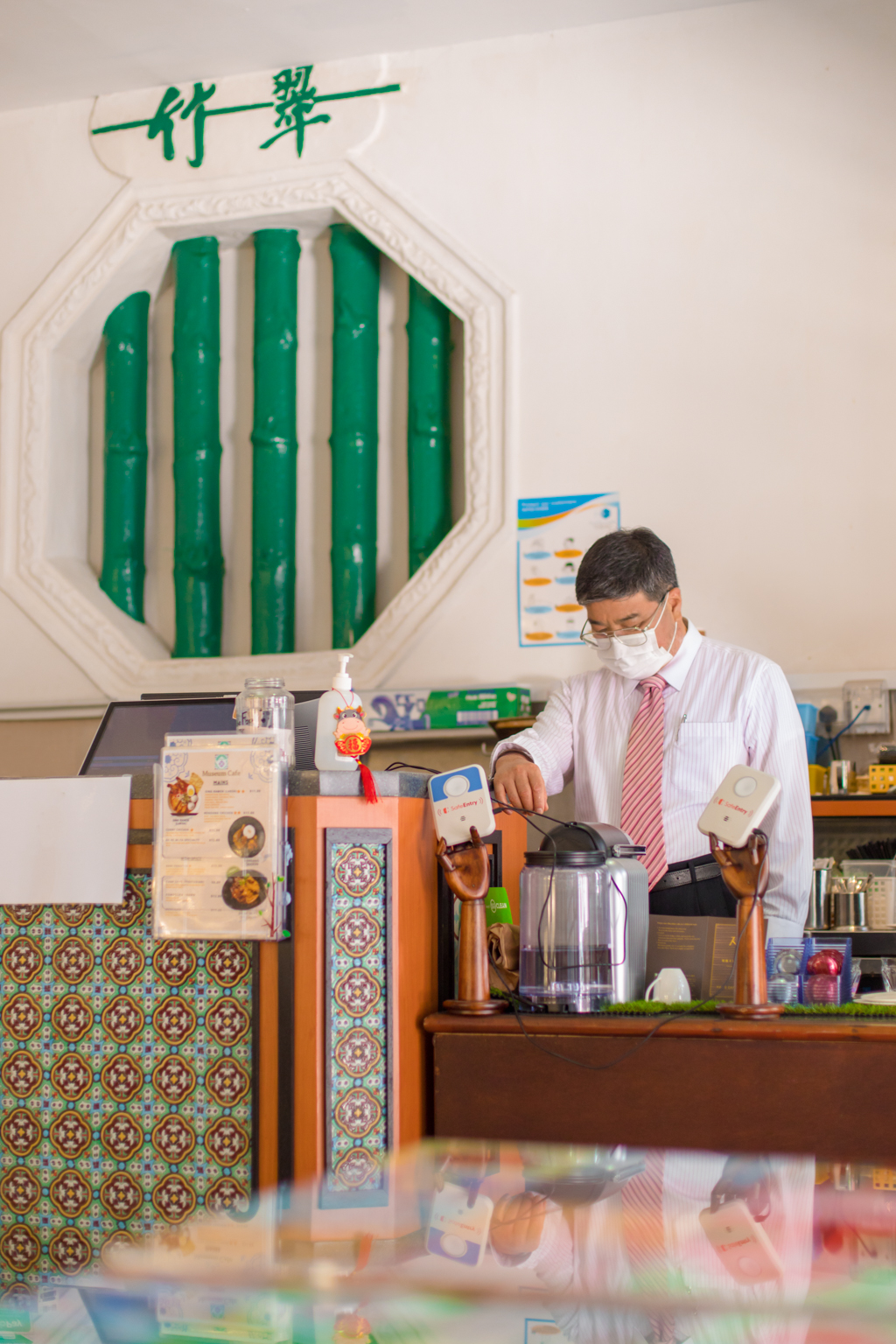 What are some of the more unique musical boxes in the museum? Do any of them have any interesting stories or features that you can tell us about?
The cheapest musical box cost me only £10 at a Sunday market in England. When I was fiddling with it, a vintage ring fell out of it. Curious, I brought it to a jewellery shop and found out it was an early 19th century diamond ring. So I decided to return it to the owners, who were surprised to see the ring as they thought they had lost it forever. It was a family treasure passed down from their great grandmother, but there was a belief in the Cotswolds area that two things that have stayed together for a long time should not be separated, or else something bad will happen. So the family urged me to keep the ring and the musical box. Today, it sits in a glass case display at the museum.

Do you worry that people will lose interest in musical boxes and stop appreciating them?
It starts with educating Singaporeans about the history of the musical box in Singapore. Even now, many people don’t know how much Singaporean craftsmen had contributed to the development of musical boxes. If they understand the significance of our role, they will be proud of it and start to appreciate musical boxes. 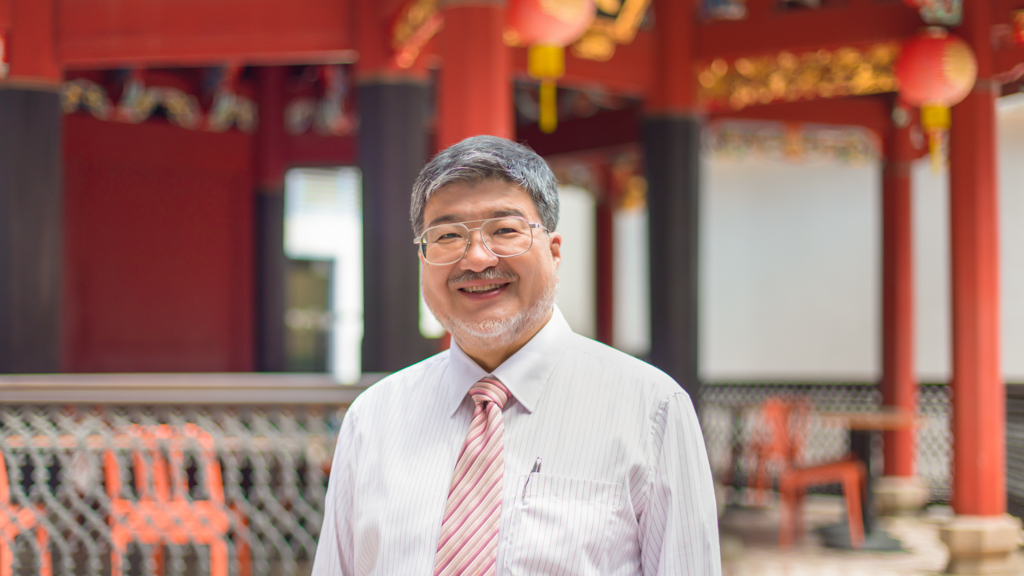