Nestled away at a corner of Tiong Bahru estate, We Need A Hero is a cosy all-mens grooming parlour. Dedicated to attending to your manly, sprucing-up needs, it boasts vintage, rockabilly-inspired interiors and thoughtfully outfitted fixtures. Immensely approachable, the nook eases you in with its cheery colours and comforting ambience.

With the shoot taking place one balmy Sunday, the heroes streamed in one at a time. Under the expert hands of Luke & William, the men kicked backed in plush, recline barber chairs, meticulously attended to. Dashing as they already were, it was the minor tweaks and fine tuning that made the difference.

First up, bartender Tomaso had the sides of his hair taken in and neatened up, giving him a more youthful appeal that well reflected his warm, boyish personality. Han Wei, on the other hand, received a little shave that shaped the rear of his head. DJ Koflow, with his natural air of cool went for a little undercut, effectively accentuating his face shape and playing up his inner mischief. Moving along, Kentaro, with his languid, bohemian disposition went for a little buzz to neaten his beard. Rounding up the pack was the very statuesque French man, Edouard. His golden waves were layered and given a neater trim, while his facial hair tidied up, retaining that charmingly roguish, yet refined appeal. 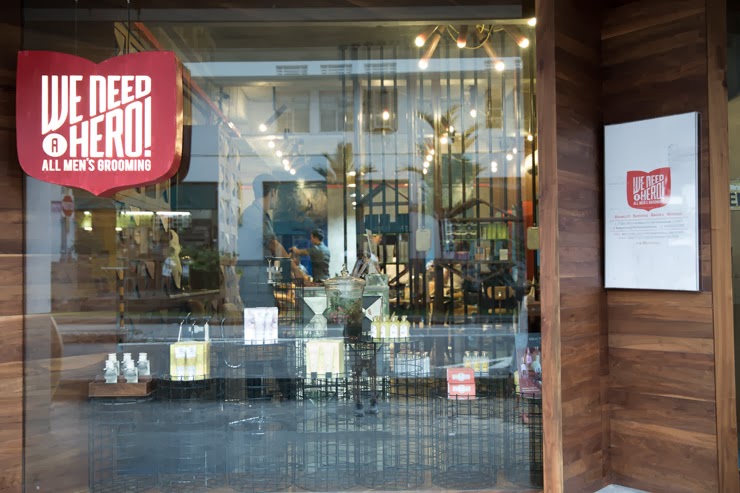 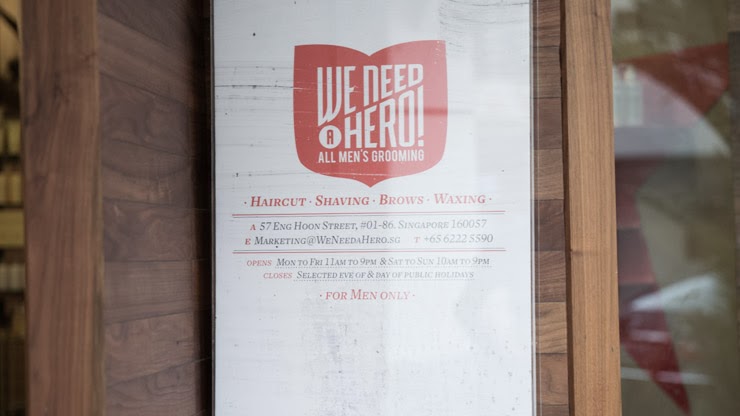 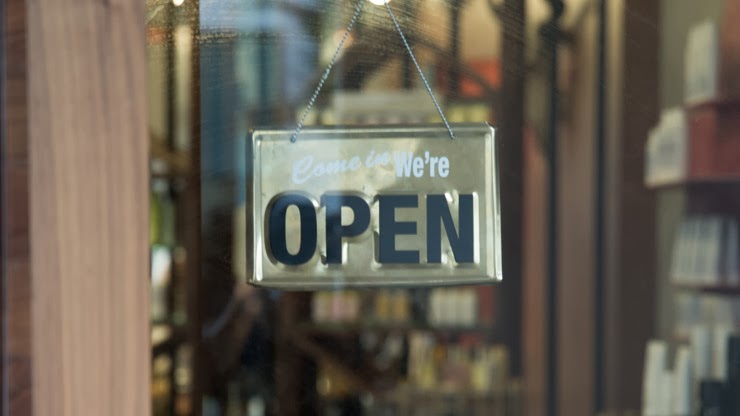 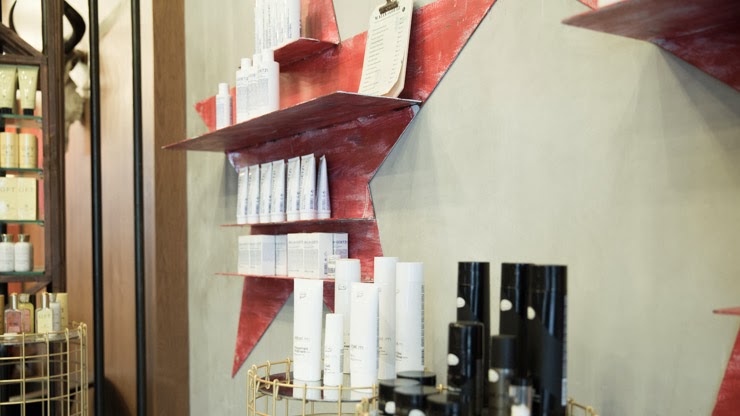 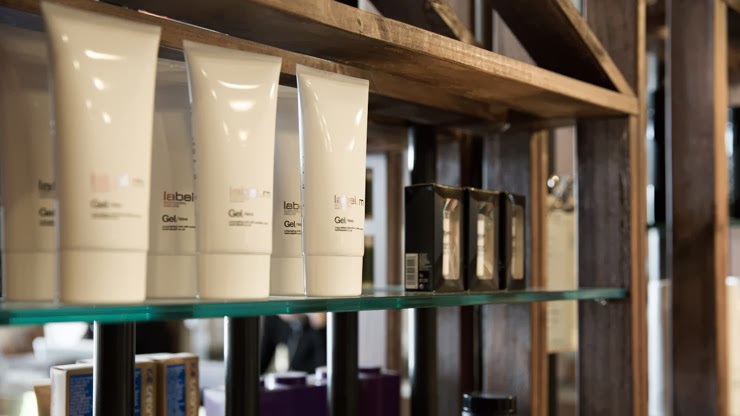 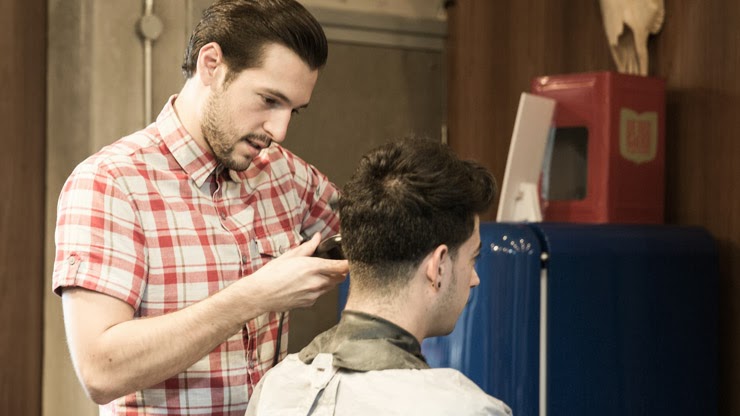 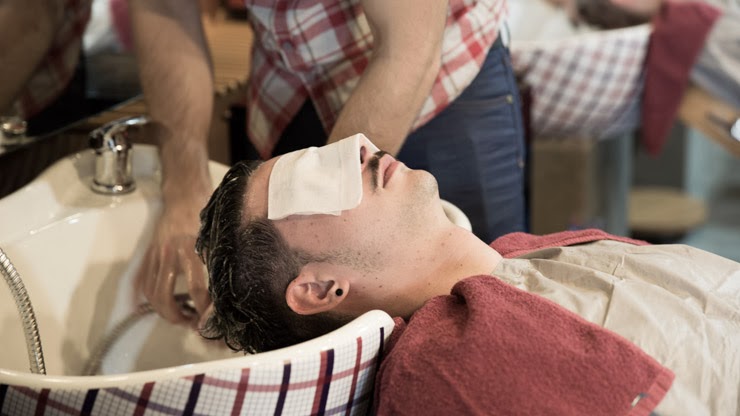 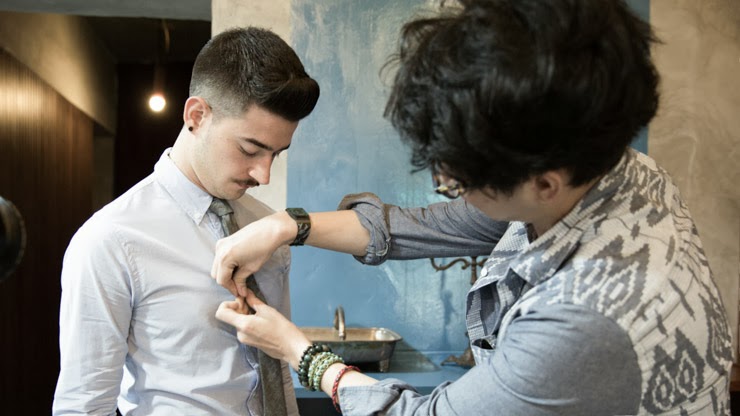 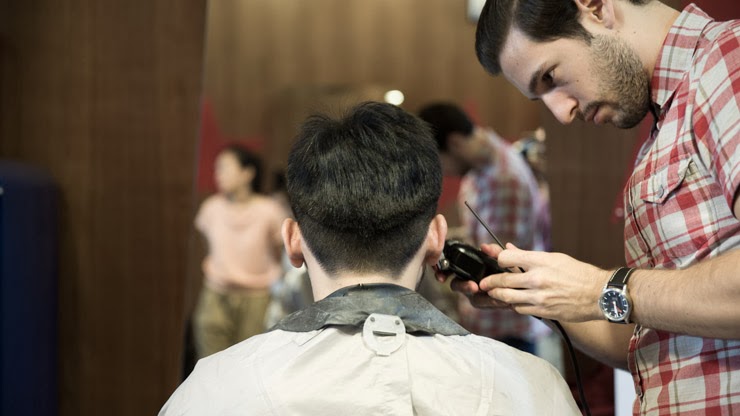 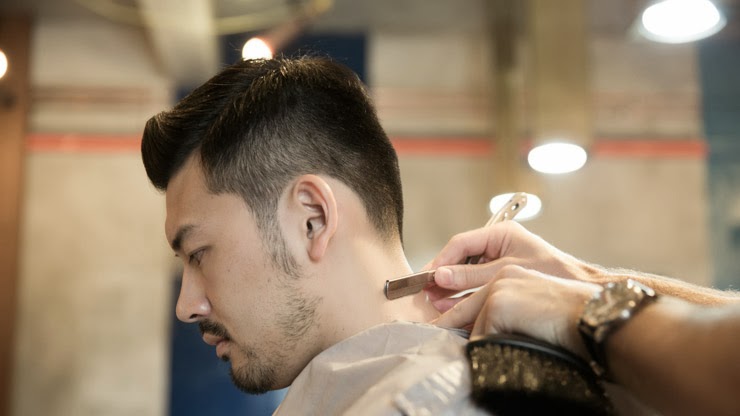 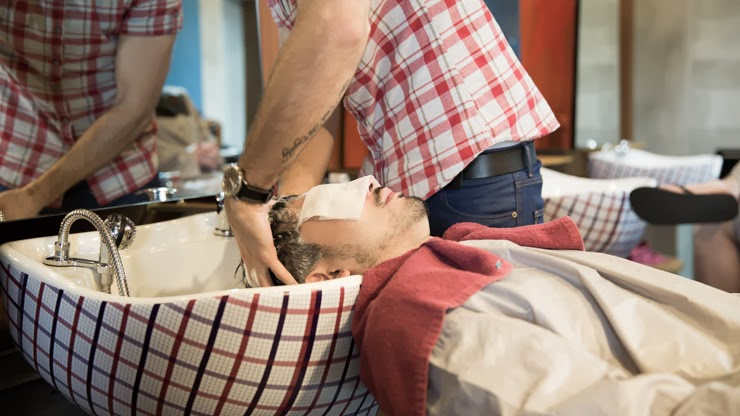 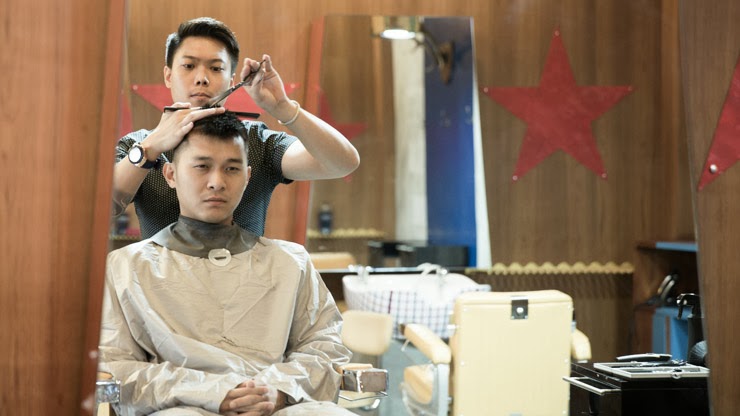 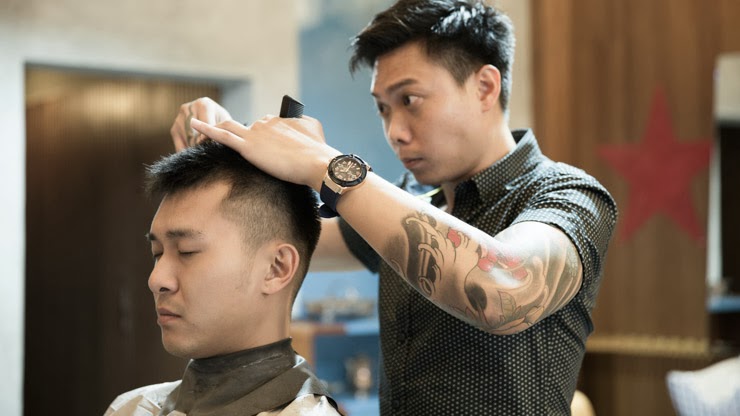 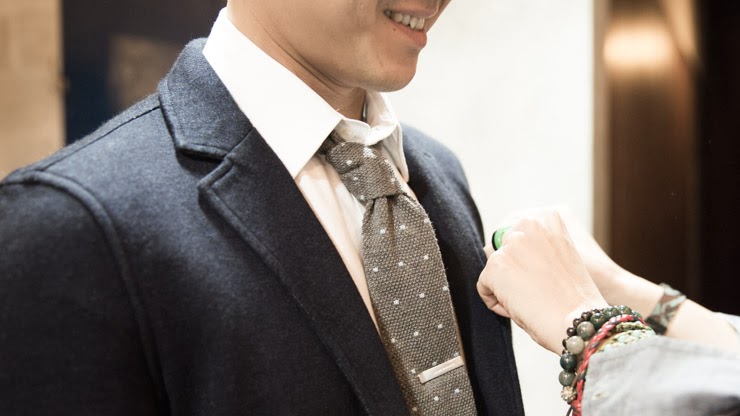 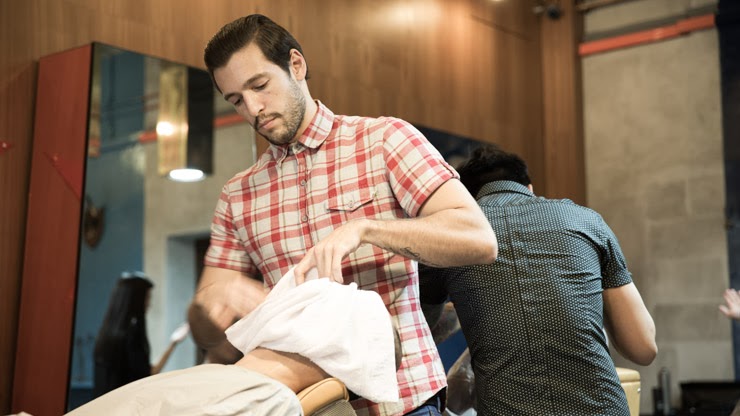 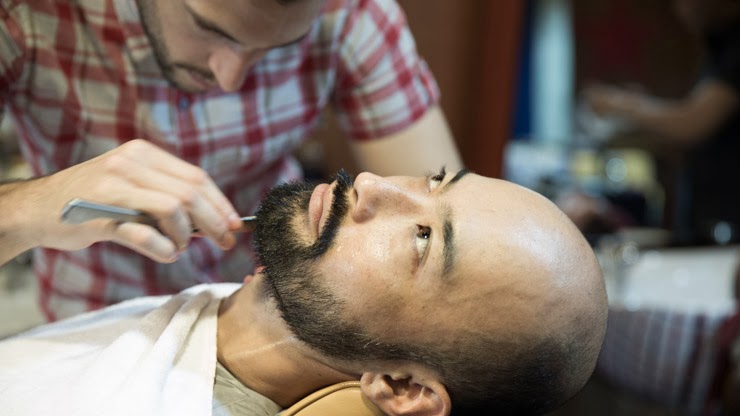 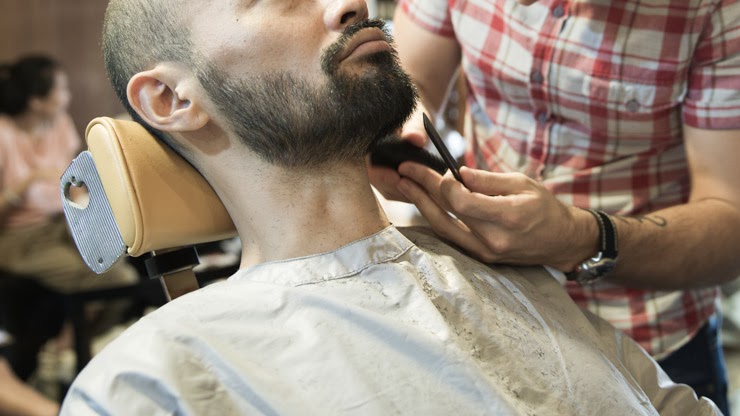 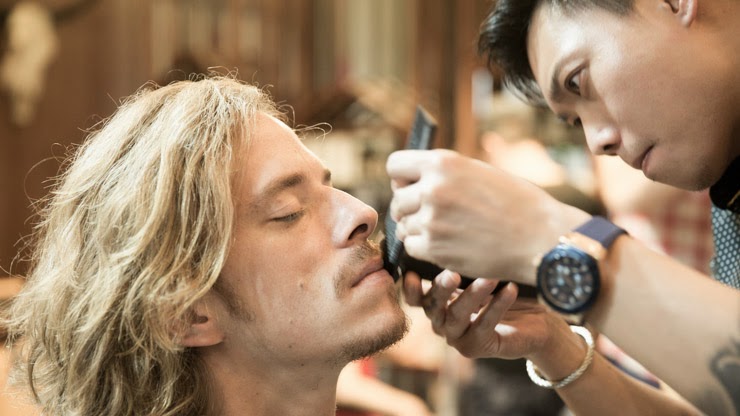 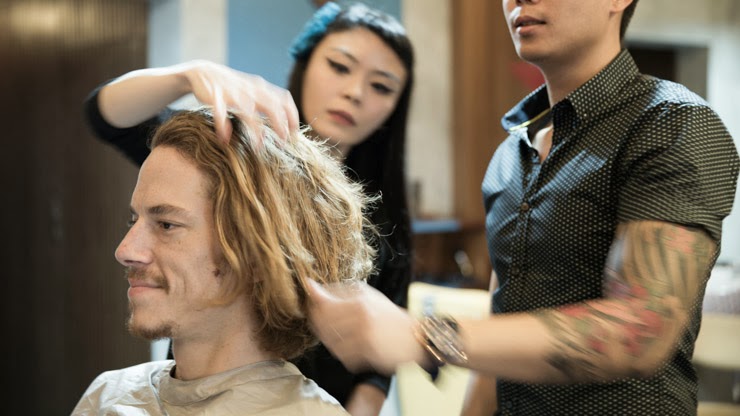 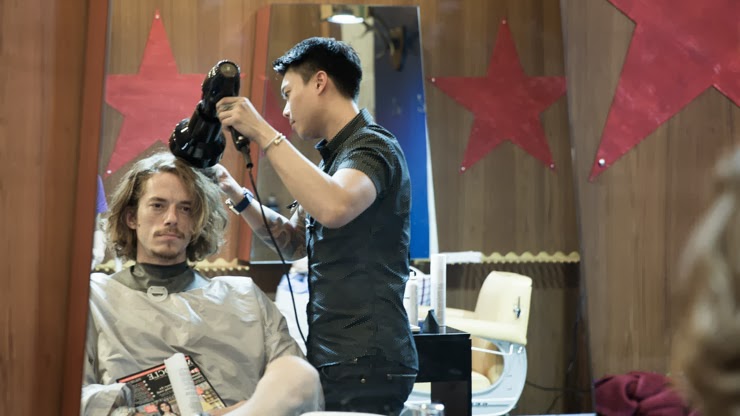 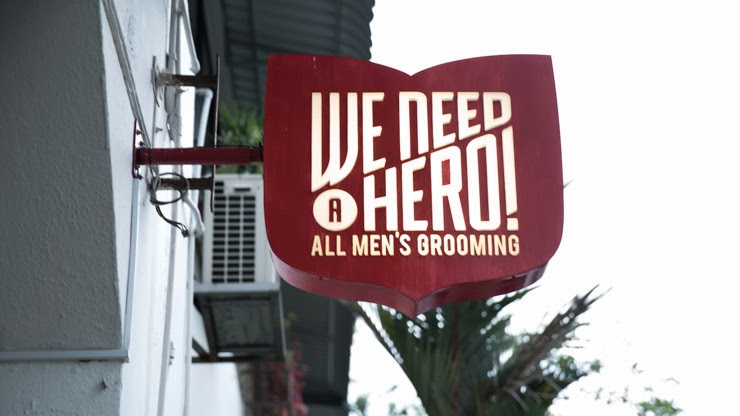