A Shentonista Mother's Day — One For All, All For One | SHENTONISTA 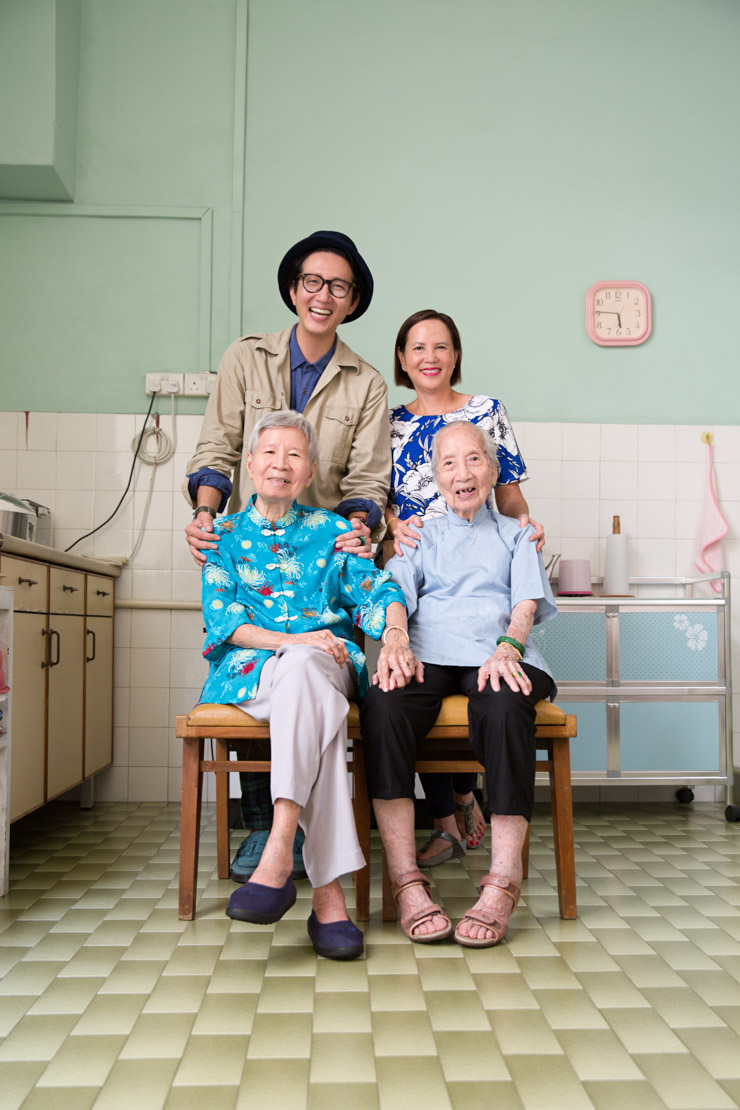 Darren is greatly influenced by three ladies in his life: his mother, his grandaunt (Eepo), and grandmother (Popo). The whole team visited the family in his grandaunt’s home in Geylang, and it seems we might have confused them about what Darren actually does for a living. “It seems like advertising, but not,” Eepo says. Popo echoes, “I still don’t know what he does!” We gathered the clan in his grandaunt’s retro-looking kitchen, which looks like a throwback to an entirely different era, and the trio showed their timeless patience and genteel natures throughout the shoot. They were incessantly caring as well, buying us all an excessive amount of baos, or buns. We asked Popo: Is there anything you’d like Darren to do more of? “To feed his girls!”

Shentonista (S): Would you say that your style has been influenced by your mother, grandmother, and grandaunt in some way?

Darren (D): My mom’s always been a fan of colours, while my granny and grandaunt are the queens of prints and patterns, so being exposed to them for much of my life has shaped the way I view things.

S: What are some of your mother’s pieces that you really like?

D: She used to have these long skirts and dresses that I used to find soothing as a child. My granny’s always made clothes for herself and my grandaunt, and they’re often all about the details: muted contrast print piping, understated fabric buttons and fabric in blues or greys for her; while for my grandaunt, she’d be more elaborate with little ornamental buttons made of fabric or metal, and shoulder pads and silk tops. Her process was pretty organic and the sound and smell of the fabric always captivated me as I watched her on her Singer sewing machine. 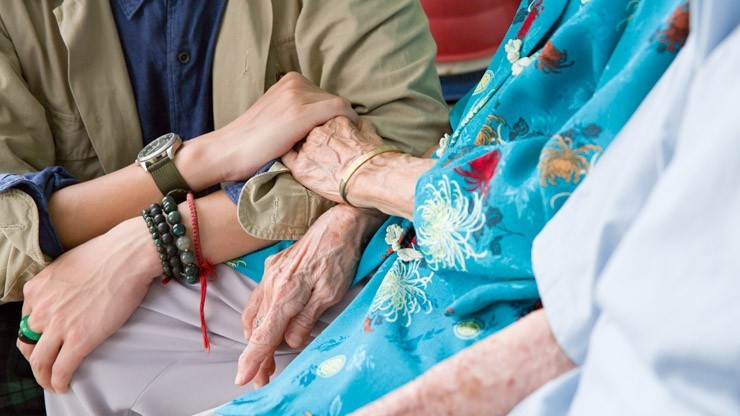 S: Can you envision your mother, grandmother, and grandaunt in different looks/styles?

D: I’ve seen my mom take on different styles when I was growing up, from the hippie to Farah Fawcett. I’ve just never seen her in anything street, which could be interesting. As for the grand old dames, I’d love to see my granny in Yohji Yamamoto and my grandaunt in Dries Van Noten.

D: Yeah, when I was 10, she’d always put me in loud colours. Like a polo with mint green, blue, pink and white stripes along with yellow shorts, red socks and sneakers. Colours made the grand old dames happy but I think they did that so they’d be able to spot the colourful mess a mile away.

S: What do you think of Darren’s dressing?

Darren’t Grandmother (G): Modern, but sometimes I don’t understand it.

S: Is there a certain way you would like Darren to dress? What do you wish that he wore more of?

M: To be dressed smartly; sometimes he looks like a beggar.

A: Sometimes he has holes in most of his things.

S: What is one piece of clothing that Darren wears that you don’t really like/don’t really understand?

G: His pants that you can put chickens in.

S: What is something you’ve learnt from your time at work that you would like Darren to know?

M: Respect others, and have tolerance.

A: Patience and loyalty. I was in the same company at Shenton Way for 43 years. 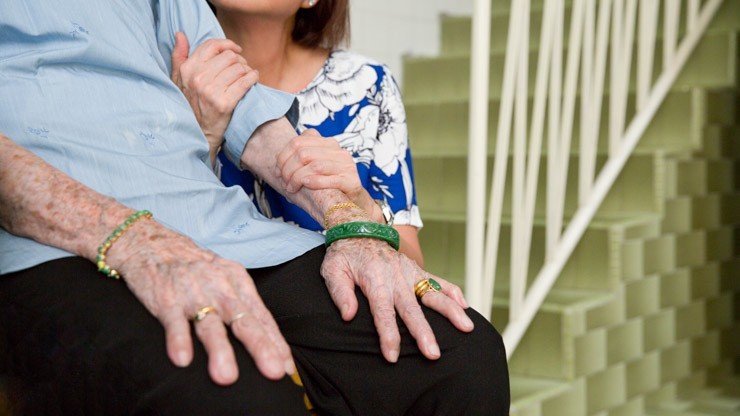 M: Yes, definitely so. He’s less cooped up at home.

A: We do not see him so often but it is good he’s building his life, something for himself.

G: I don’t get to cook for him as much, he doesn’t eat at home so much and comes back late often.

D: I’ve learnt to be more patient when it counts, and less when certain things need to be done. I think the distance has somehow brought us closer together. It’s partially because when you do spend time together now, it’s mostly quality time, or at least we try to do that. You learn to treasure the little things a lot more now. Like the grand old dames’ cooking or just sitting there and showing them pictures of what went on at work.

D: They’ve all taught me dedication. My mom’s looked out for me. My grandaunt was always taking care of me and trying to bring happiness into my life; she was responsible for sending me to Melbourne for my degree. My granny’s always been about taking care of the house, taking care of the family, ensuring everyone has a home to come home to with warm food on the table. All of them do the same thing, the simple things that I’ve begun to appreciate more and more with each passing year. 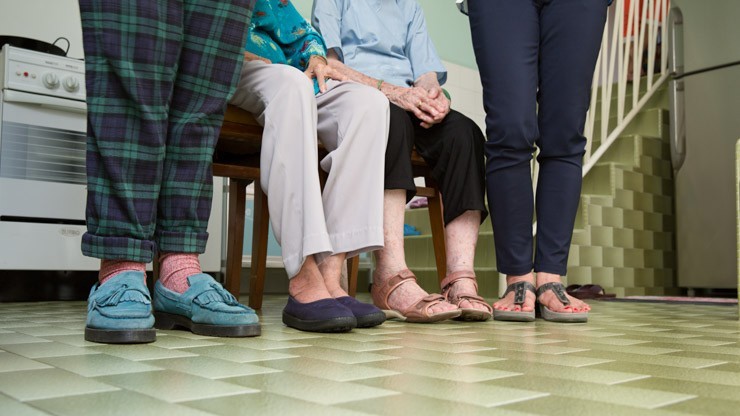 S: Do you have one particular memory of each other that really stands out?

M: My son, when he was 12, dressed in a suit with a yellow bow tie and gelled, sleeked-back hair (he was so handsome at a friend’s wedding), dancing with Cheryl, my daughter, when she was 7, dressed up in yellow dress with flowers in her hair. She was the flower girl for the same wedding.

G: On a trip, running around like a crazy boy in that Superman cape when he was about 5 years old, then falling into a drain, hurting his leg, and crying his eyes out.

G: When he liked computer games. He would spend the whole day on the computer. I was scared his eyes would be bad.

D: When I came back from Melbourne because Eepo (my grandaunt) was ill, and spent the day in the hospital. It was terribly traumatic to see her so frail; the entire family was worried. Then when we got back home and I went to my room for a little solitude, I heard a knock and there was Popo (my grandmother) with a bowl of mee tai mak noodles, freshly made. I wasn’t exactly in the mood for food but I was forced to eat it. That warmth and the amount of love in that bowl got to me. A few months down the road, their roles were reversed — Popo was in the hospital and Eepo was still frail, but she still brought me my favourite duck rice from a stall near her place.

M: Fun to be with. Caring and loving in many ways.

D: Naggy, childlike, but all love.

A: Be patient, love people, and be good.

D: Thank you for hanging in there throughout all the early years of terror! 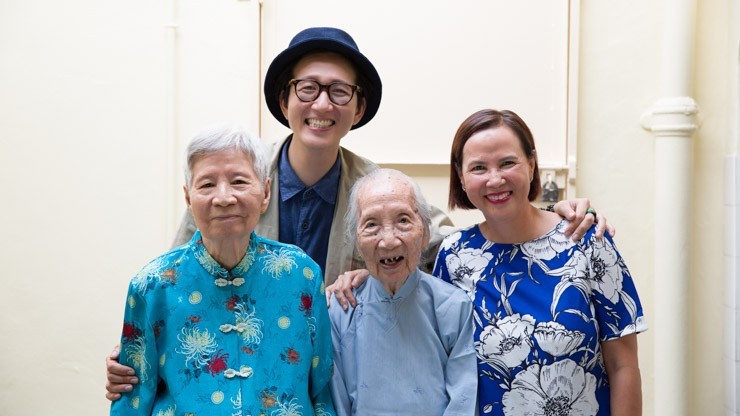