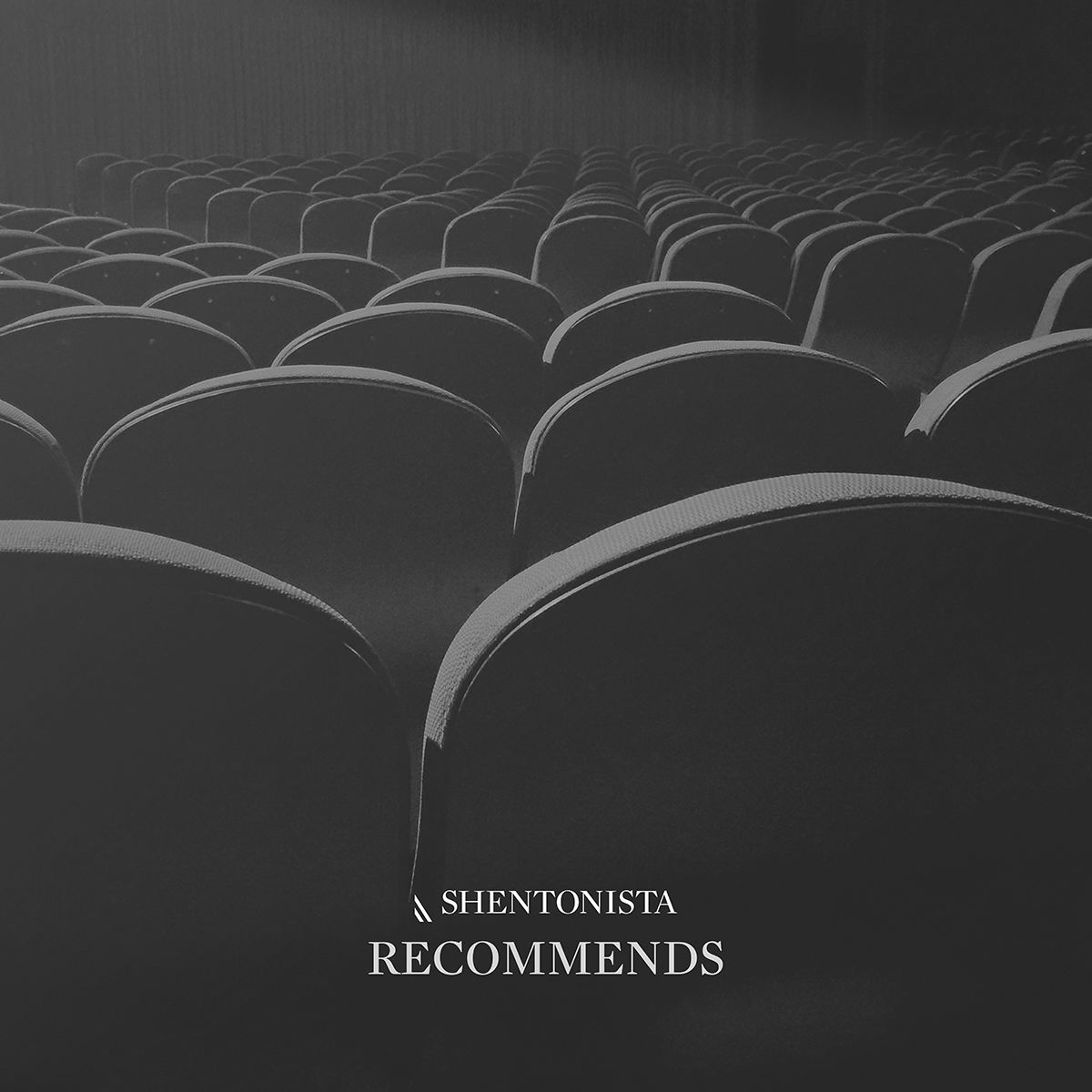 It’s the middle of the year, and for most of us that means an itch to go on a much-needed vacation to get away from the confines of the workspace and the city. But for those who aren’t able to leave town, there’s a quicker way to find some escape. As the title of feted fashion editor Diana Vreeland’s biopic proclaims, “The eye has to travel”; even if you physically can’t, at least let the mind, and heart, explore. We round up the Shentonista team’s recommendation of films that will help you to see the world in a different light. 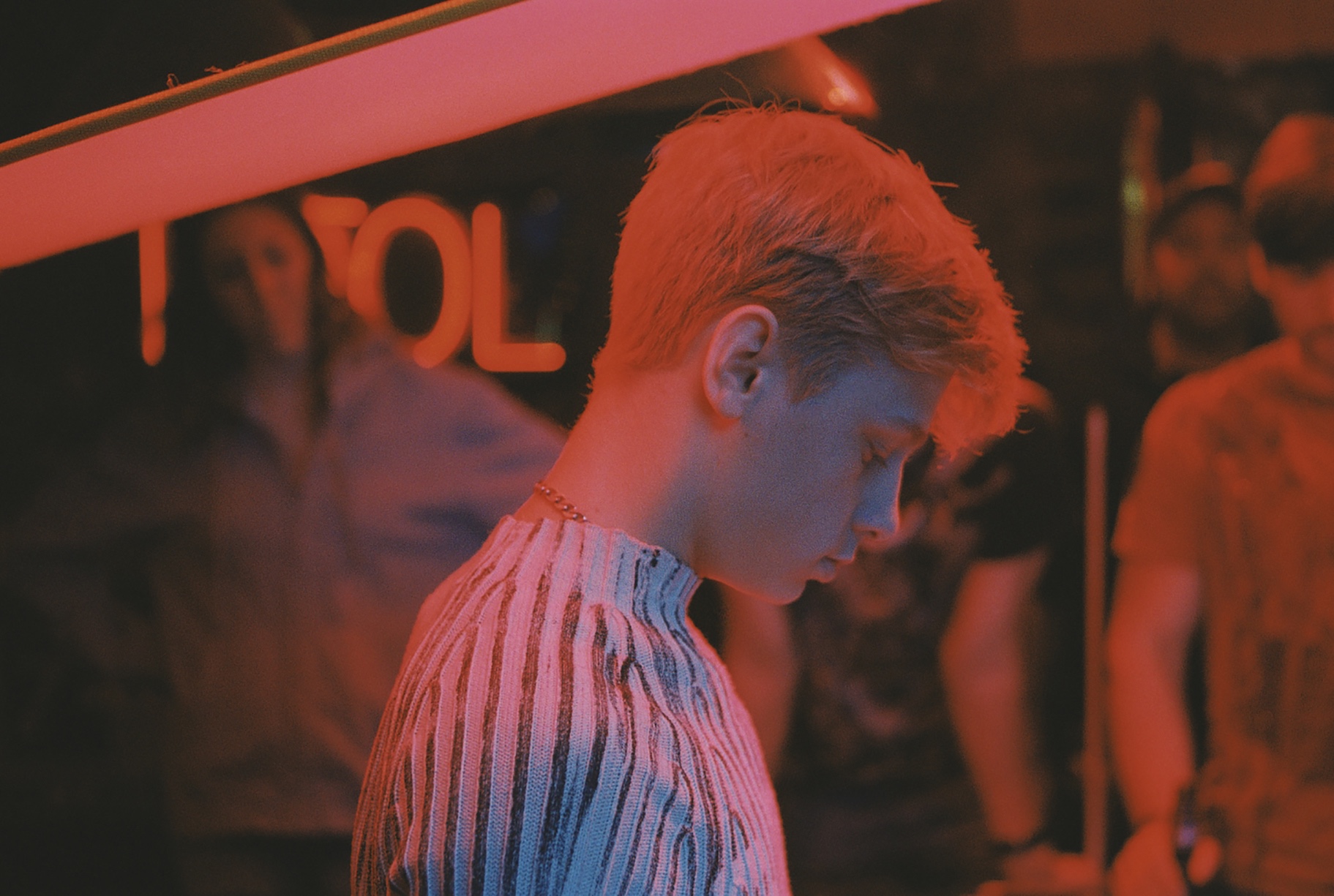 Plot summary: Set in a near hypothetical future where parents are given the legal option to commit their troubled children to public hospitals—essentially giving their lives to the state—Mommy tells the tale of Steve, who has ADHD with violent tendencies, and his mother, Diane, who attempts to pull Steve out of an institution and get him back on his feet. Along the way, Kyla, their neighbour and a teacher on sabbatical, joins their unlikely family as mentor and educator.

Why we like it: Look past the punchy One Republic/Ellie Goulding soundtrack to the trailer and you’ll find a story that’s both beautifully told and shot. Director Xavier Dolan chose to experiment with a 1:1 aspect ratio for the film—not, as some have claimed, to mirror Instagram, but as an homage to the original aspect ratio in film history. The square format also forces the characters and events into a small, tight frame, simultaneously claustrophobic and uncomfortably private, almost as if the audience is given a peephole view into some very personal moments. Mommy is a look at a topic that knows no end to discussion—parenting—but doesn’t sidestep some of the difficult questions and decisions each parent, at one time another, dreads to face.

Plot summary: This 2002 film by director Lee Jeong-hyang takes the audience away from the familiar glitz of the South Korean city to the rural countryside, where a young boy is sent to live with his feeble, mute grandmother. The boy resents her backwardness at first, demanding the comforts of the city life he’s gotten used to, but his grandmother’s patience and unconditional love, while they might seem completely undeserved, eventually soften his hard heart.

Why we like it: While lighthearted and sometimes improbable Korean dramas are all the rage right now, there’s no denying that the Koreans know how to tell a good story. Filial piety (or a lack of) often forms the backbone of many heart-wrenching films, but few do it as poignantly or timelessly as The Way Home. It demonstrates the power of a simple tale, told well. We were also won over by Kim Eul-boo’s turn as the gentle, yet stoic, grandmother in the film, a feat made all the more remarkable by the fact that the then-78-year-old, real-life villager had not only never performed in a movie before, but had also never even seen a film. 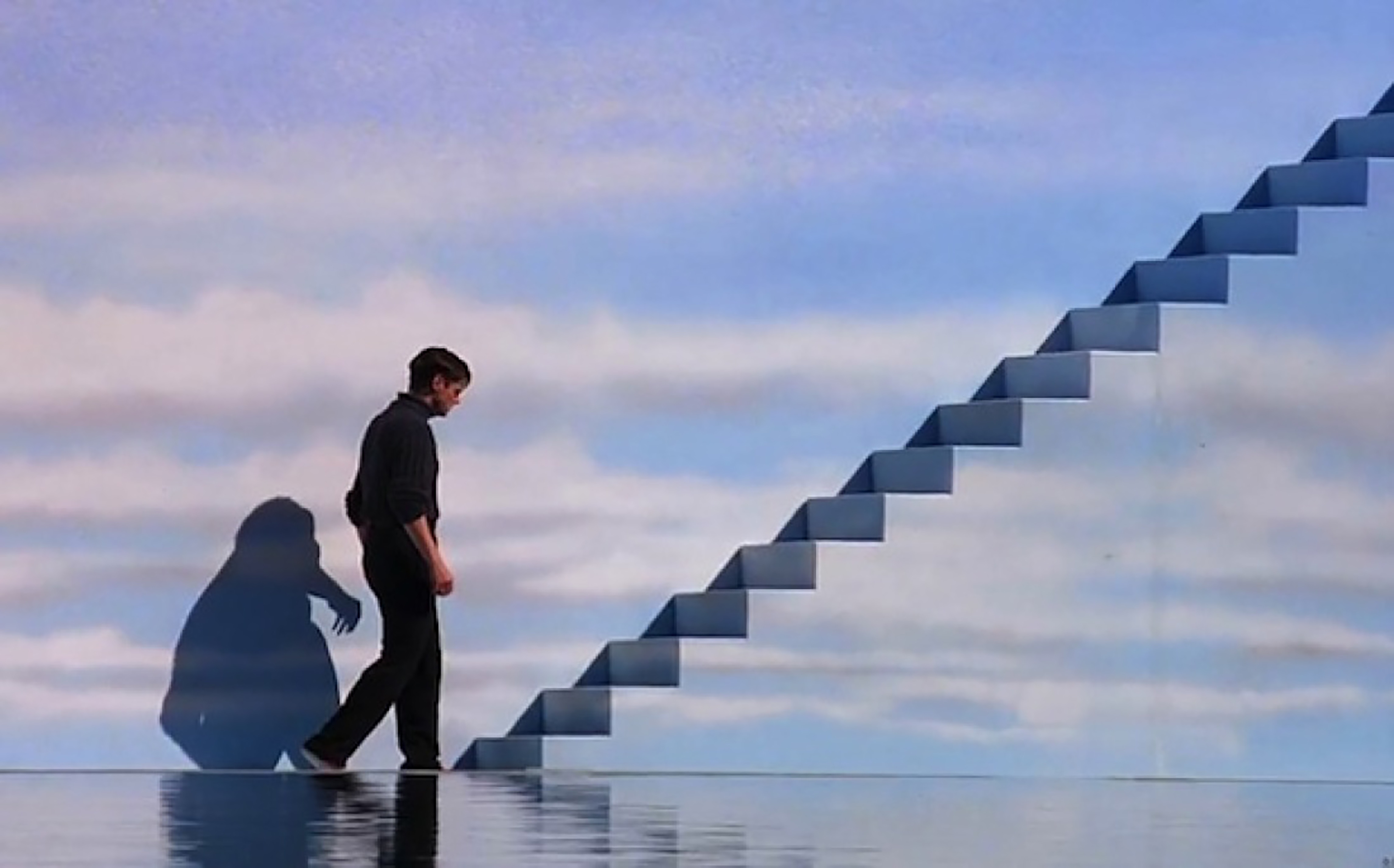 Plot summary: Truman Burbank is adopted and raised by a corporation inside a massive, man-made environment that he’s come to believe is his real world. Every second of his life is documented through thousands of cameras and broadcast to the outside world, but eventually he starts to realise that things aren’t quite what they seem, and must make a choice: to stay in his comfortable bubble or leave behind everything he knows to find out the truth.

Why we like it: With Jim Carrey at its helm, The Truman Show seems more like a comedy than anything, but the underlying message is surprisingly dark. Although the movie is nearly 20 years old, the themes behind this science-fiction satire—constant surveillance; living under forces we can’t control; made to believe that what we’ve been told is the truth—sounds eerily familiar (alternative facts, anyone?). At one point in the show, Harris’ character, the creator of ‘The Truman Show’, says: “We accept the reality with which we’re presented”, a statement which still rings eerily true today. The film has drawn analysis on its supposed message on existentialism, metaphilosophy, simulated reality, and more—think The Matrix but delivered with the wry, humour that only Carrey is capable of. 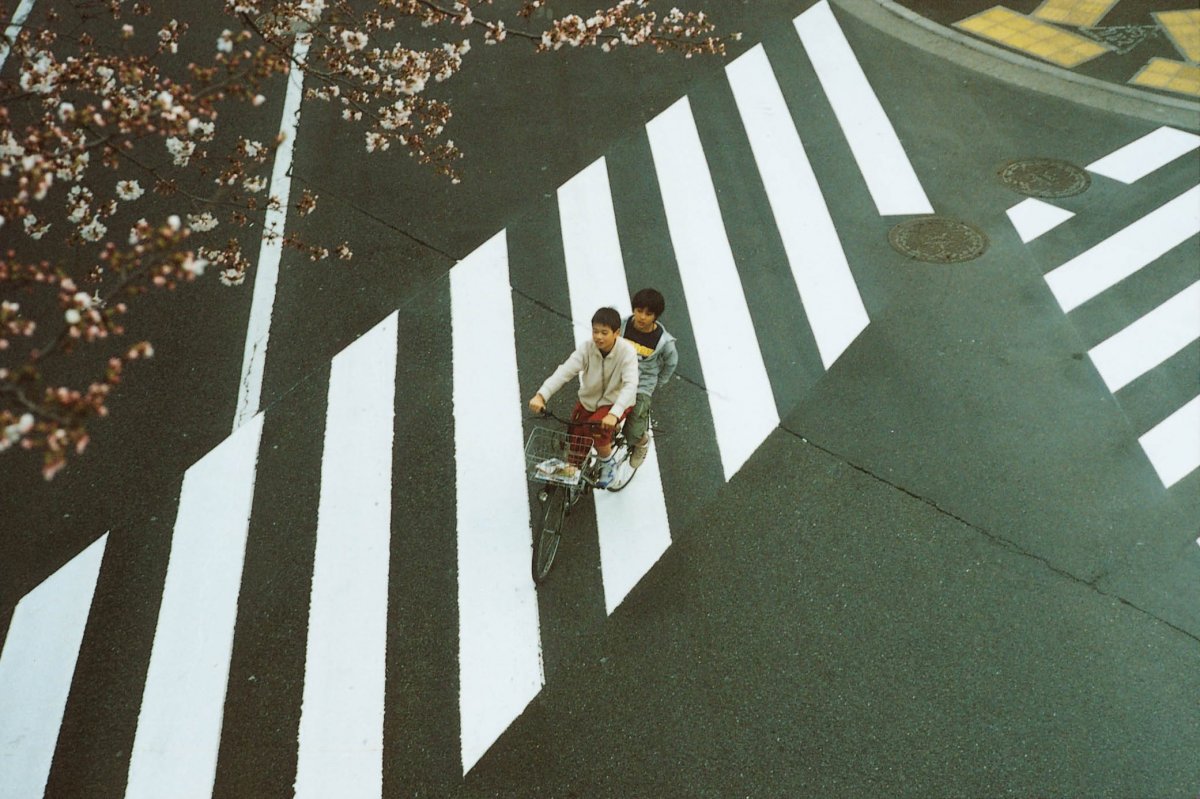 Plot summary: Based on a true story, Daremo Shiranai tells the tale of four half-siblings—Akira, Kyoko, Shigeru, and Yuki, aged between 5 and 12, who are routinely left alone at home for long stretches each time their irresponsible mother leaves. Three of the children are illegal occupants of the apartment they live in, and cannot step outside of their home. The oldest brother, Akira, assumes responsibility of the household when their mother finally disappears for good, leaving them with little cash and food.

Why we like it: Loosely based on a real-life child-abandonment case in Tokyo in 1988—which, sadly, had a more gruesome ending—Daremo Shiranai makes you reconsider some of the littlest things, and contemplate some of the hard truths in life. Though the children are freed from adult supervision—something which at first sounds like a dream come true for young ones—they are trapped within their apartment and the circumstances they face. The audience is let into their world, but at the same time is helpless towards their plight, making Daremo Shiranai both touching and unsettling. The cast, despite their young age, also gives stellar performances in the film; lead actor Yuya Yagira, who plays Akira, became the youngest actor ever to win the Best Actor award at Cannes in 2004. 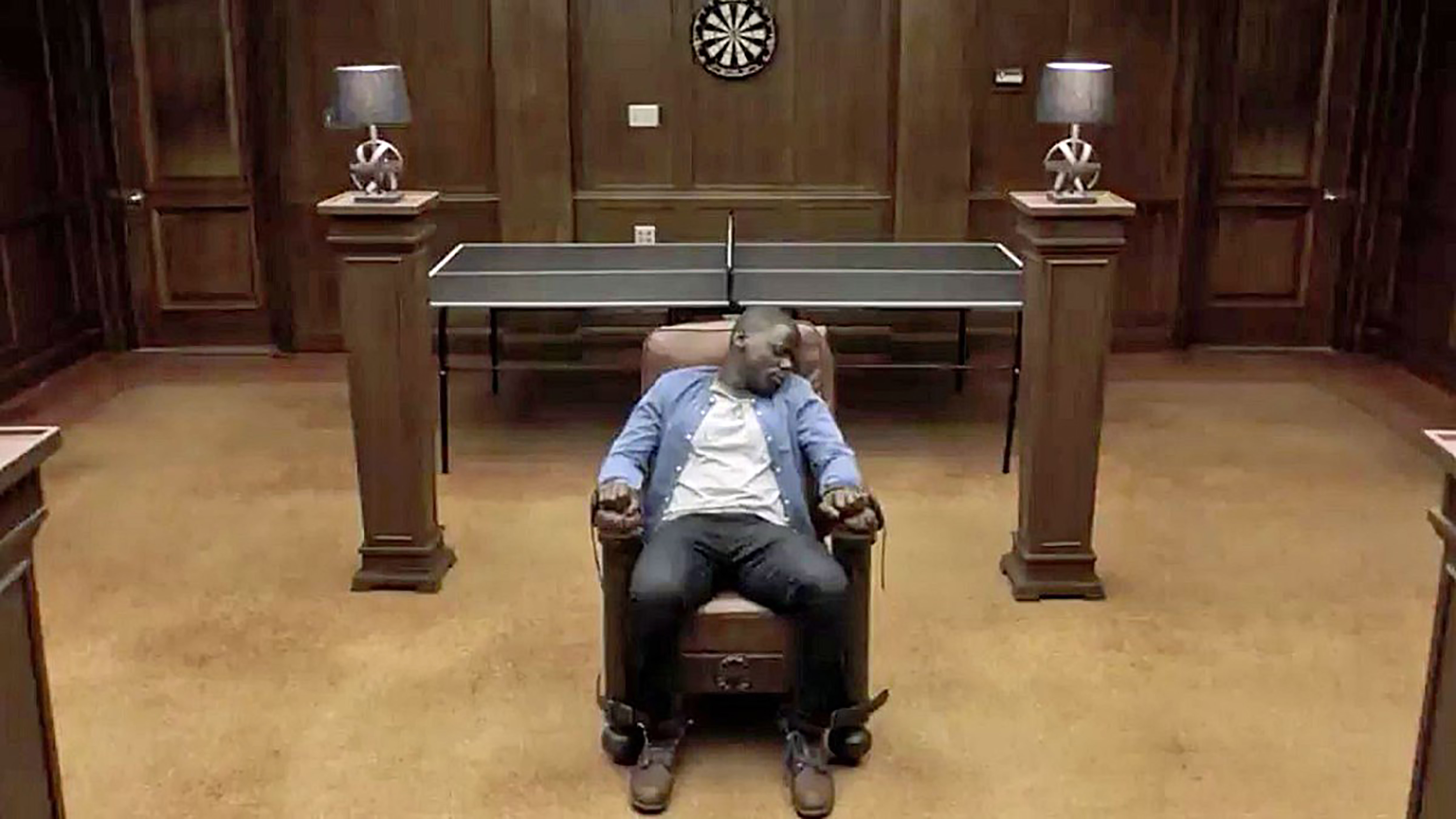 Plot summary: Chris Washington, a black photographer, takes a trip with his white girlfriend, Rose Armitage, to meet her family upstate. What seems like a happy gathering starts turning into something more sinister as Chris is unnerved by the behaviour of some of the household’s black helpers and guests, leading to a series of increasingly disturbing discoveries.

Why we like it: Get Out marks Jordan Peele’s directorial debut, and with his background in comedy and the racial overtones of the plot, viewers might initially have believed the movie to be a humorous parody. Perhaps this unexpectedness lends the film an advantage, but there is true horror to be found in the film. A sense of tension pervades the setting, weaved into a seemingly amiable situation that is buoyed by snatches of humour, unlike many other movies in the genre where you know something terrible is about to happen in the basement of that oversized, dilapidated house where the lights never seem to work. Get Out goes one step further: successfully incorporating a commentary on the often-touchy subject of race in a subtle, clever manner, raising the film a level above its predecessors in the genre.

Have a film you’d like to recommend? We’d love to know— leave a comment below, or write in to hello@shentonista.sg.

Image credits:
Mommy
The Way Home
The Truman Show
Nobody Knows
Get Out