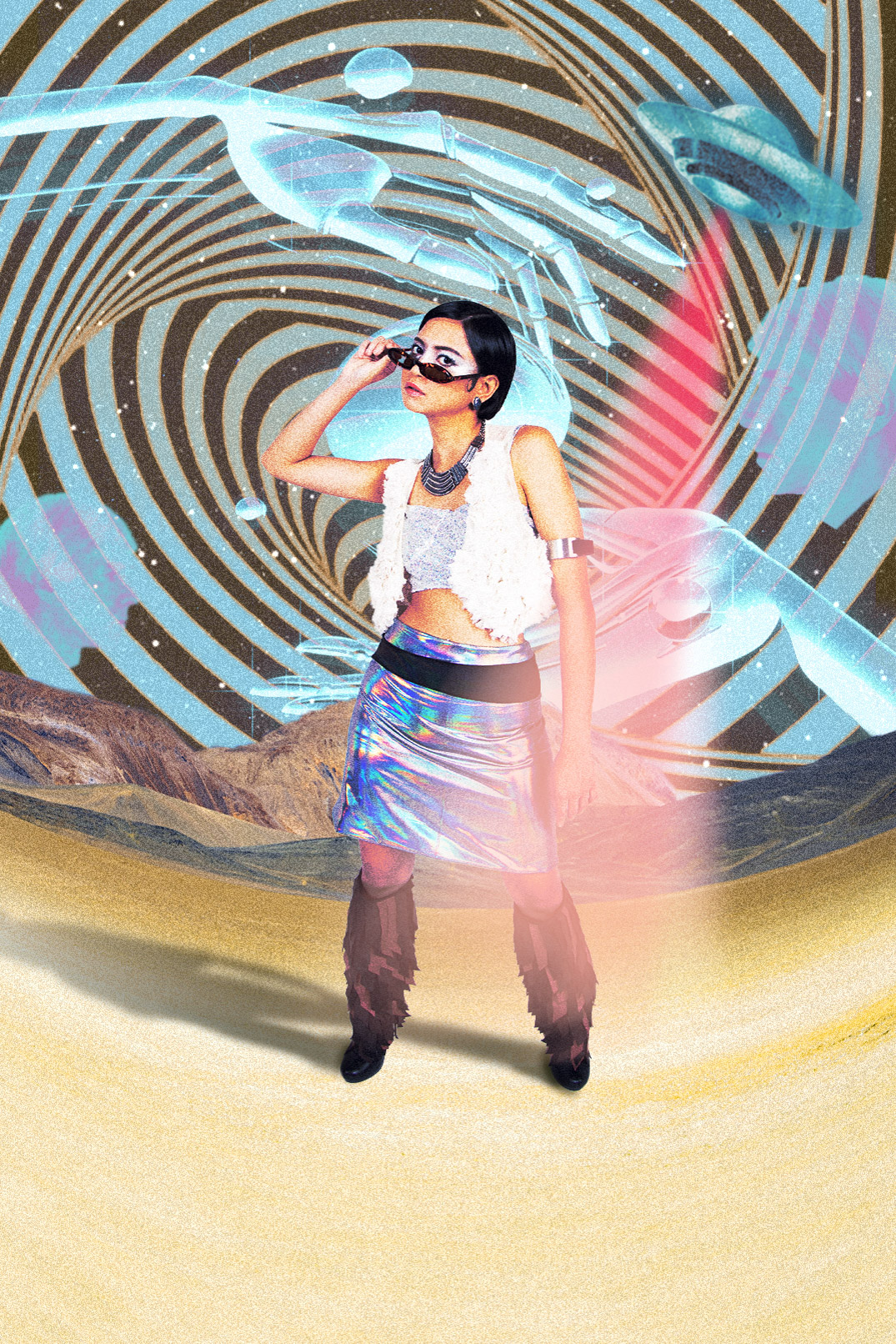 If you’ve met Nadirah in person, you’d know that she has one of the most bubbly personalities ever. Bright-eyed, easygoing, and chatty, Nadirah’s personality shines through in the way that she dresses and carries herself. When we first met her back in July 2021, she was decked in a stunning purple pantsuit set—bold, but unsurprising for our Shentonista Of The Year: Favourite Look winner. This time, she shows up at our studio in a much simpler outfit, and for good reason—she’s ready to be transformed into her alter ego for the day. But before we dive into the avatar we created for Nadirah, we took a moment to get to know her a bit better.

Outspoken since she was a little girl, Nadirah tells us that even at the age of five, she knew she had a flair for performing. “When I had visitors at home—even if it was just my aunties and uncles—I would start dancing in front of the TV whenever they turned it on. Even though they were like, “Could you just stand aside while we watch the TV?” I would be like “No, watch me!”” 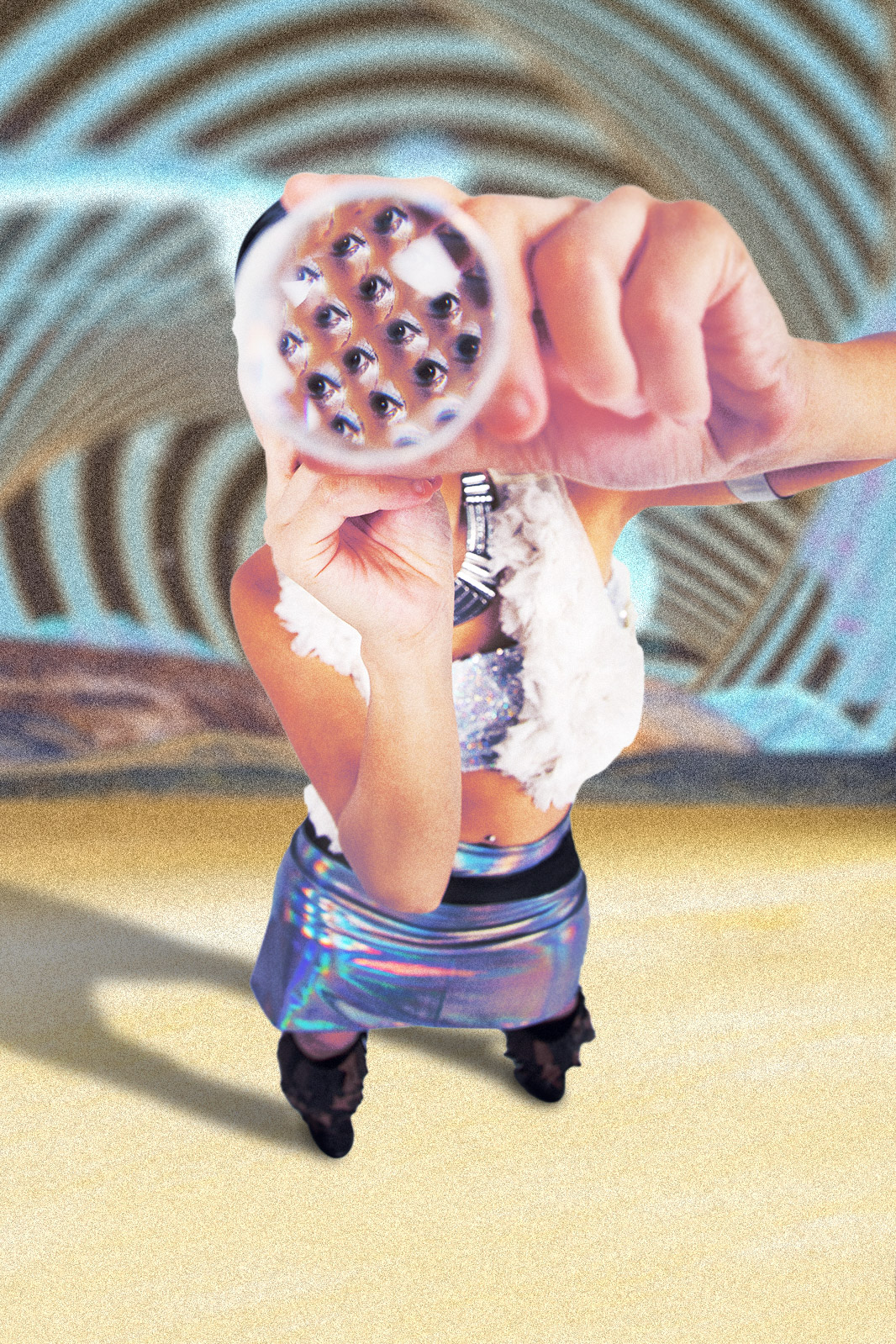 Naturally, she gravitated towards pursuing a more creative career path as she grew older, eventually forging a career in the fashion industry, and now, the scents industry, which is completely new to her, but is something that she “discovered she had the nose for” during the pandemic. When the opportunity to make a career switch came up, she jumped right in, and is raring to go on to her next adventure.

As much as she is someone that’s constantly looking and chugging ahead, excited for what the future will bring her, she also looks back to the past—specifically the ‘60s—for fashion inspiration. She describes the Swinging Sixties with wide-eyed wonder, listing icons like Mary Quant and Jane Birkin as some of her biggest style inspirations. And if you ask us, we’d say she reminds us of a modern-day Twiggy, with her big, bright eyes and short bob hair.

This is what formed the basis of our stylised avatar for Nadirah—a ‘60s space-age type of look. In front of the camera, Nadirah’s a natural. After all, she’s had quite a bit of experience modelling on the side, which explains her confidence in literally any pose and outfit. Read on to find out how we drew inspiration for Nadirah’s look from her very own interests and experiences. 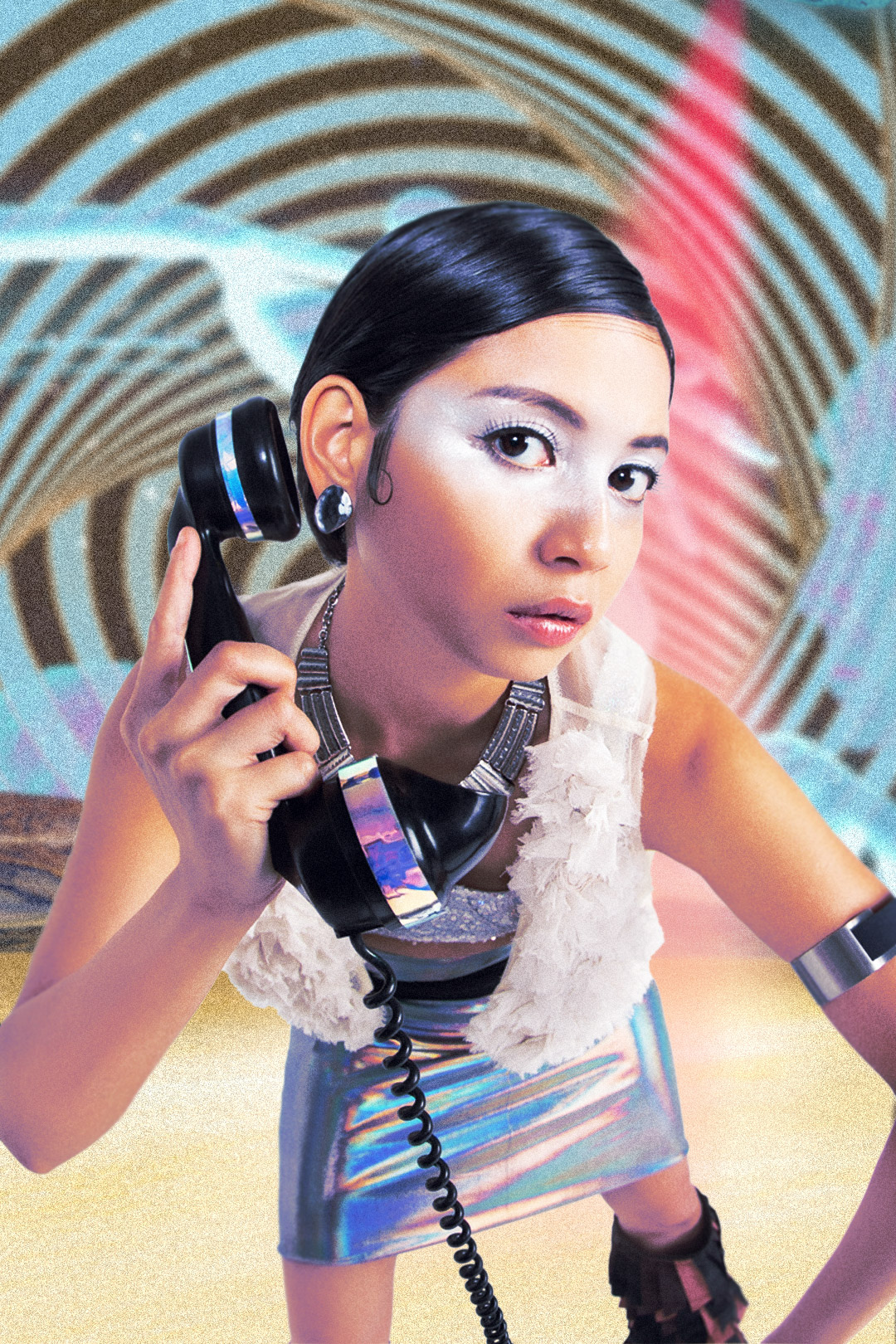 You worked in the fashion industry for so many years before making your recent career switch. What first sparked your interest in this industry?

I’m a very petite girl, and since I was young, I’ve noticed that the representation of women on TV and in the media wasn’t very realistic. It’s always the tall, stick-figure kind of models wearing clothes that don’t really cater to the Asian market. But the good thing is that I learnt to embrace my build, and now I shop everywhere—the kid’s section, the men’s section, and all that.

Some of the style icons I grew up taking references from would be the Olsen twins. They are sort of around my height, and I was thinking that if they could work the look, so can I. It’s just about understanding your body and finding the right proportions. This is what intrigues me most about fashion.

Growing up, I would hang out around Orchard Road a lot, just looking at what people wore. There would always be this second voice in my head that would go “Hey, if I could change something about that look, what would I change?” It became like a game in my head, which is what led me to enter the fashion industry I guess.

Old movies also inspire me a lot, because I love seeing the history of fashion and understanding why people wore certain things, like miniskirts in the post-war era. 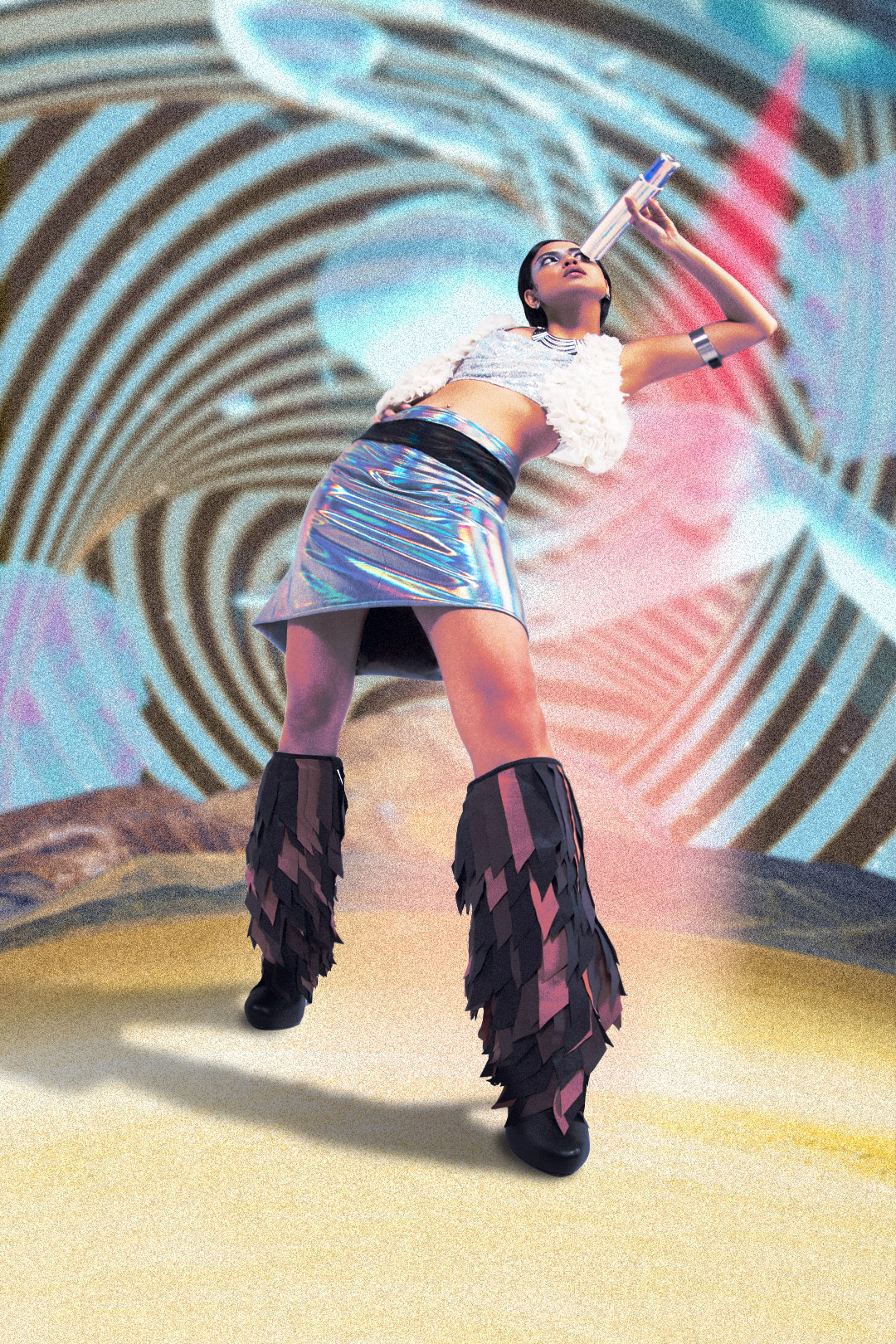 What are some of your favourite films to draw inspiration from?

Factory Girl by Andy Warhol is one of my favourites. I also like Suspiria, which is based in a Berlin dance school. Tilda Swinton is in the latest remake of it, and I love the cinematography of the whole movie. Apart from that, I like really serious films as well, like war films from back in the day. Stuff like The Pianist—I love Adrian Brody. And Wes Anderson as well. He’s one of my favourite directors.

What’s the craziest outfit you’ve ever put together?

I had a phase right before the pandemic, where I was wearing glitter almost everyday. Even if it was a Monday I would be like “Yeah, screw it, just wear it”. I don’t believe in reserving a certain type of look for the weekend. We should all just wear whatever the heck we want, as long as we feel comfortable. If you don’t feel or look comfortable in what you’re wearing, it will show.

To me, your body is like a painting—it’s a work of art on its own, so we should have the freedom to embellish it however we want, like dressing in glitter top to toe on a weekday. Or when you’re just running out to get lunch at a hawker centre alone (laughs). And especially during the pandemic, when people wore masks everywhere, it became a point of conversation with strangers as well, which is great, because normally people are a bit more reserved here in Singapore. I feel like if it gets to the point where some people want to talk to you about your outfit, whether good or bad, it doesn’t matter—it strikes up a conversation, which I like. 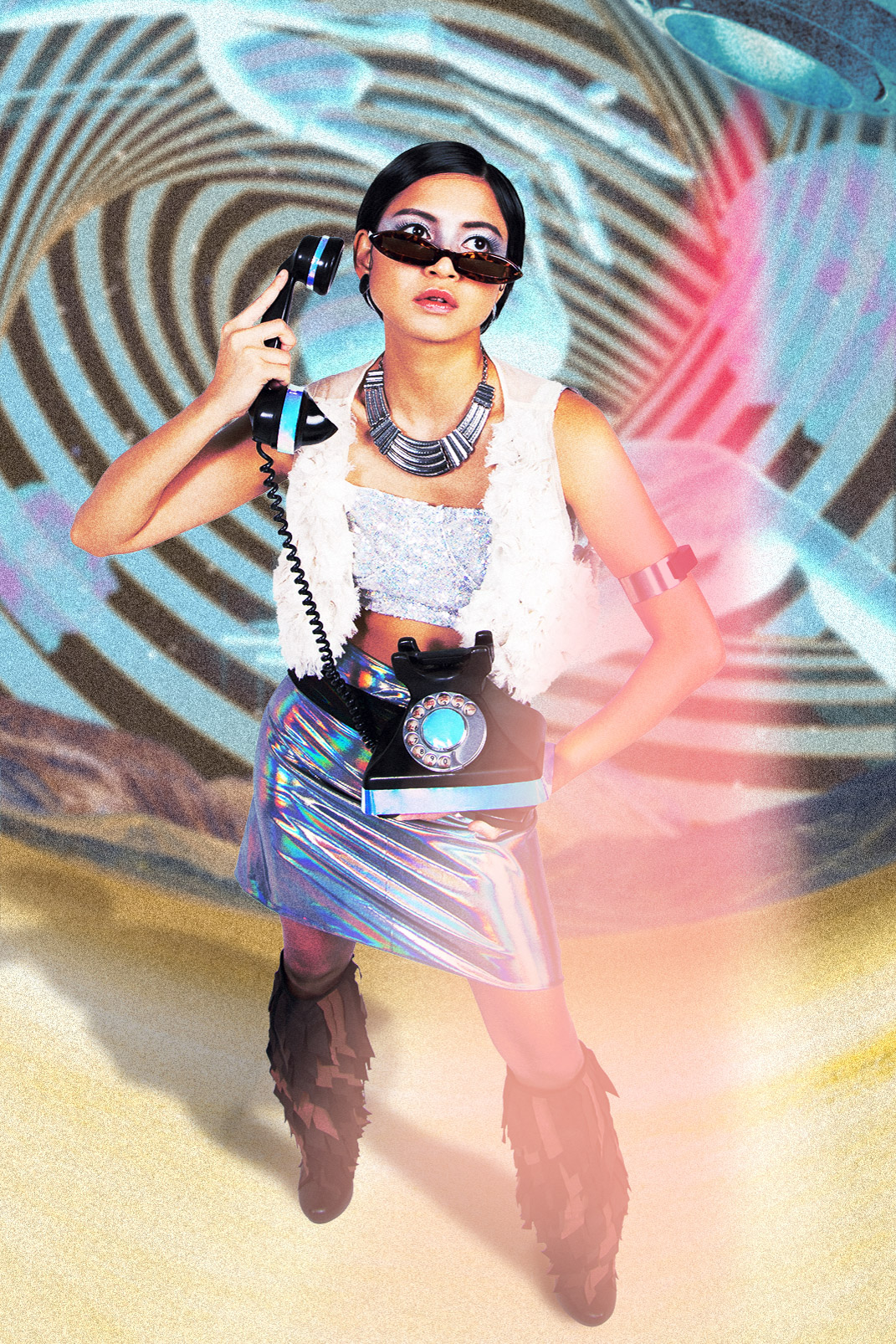 What is one thing you can never have enough of in your wardrobe?

Outerwear and shoes. Actually, it’s quite hard to say, because I collect everything (laughs). I do have my phases though, like I might wake up one day and feel like I just need a new pair of shoes. I think I have about 70 pairs of shoes in total, of all different kinds like boots, heels, and sneakers. Jackets as well—I probably have over 100 pieces of outerwear. Even though we don’t have four seasons here, I live in a make-believe world. I don’t care, I’ll go out in a jacket no matter the weather. I mean, the air conditioning in most places is pretty cold, and where I used to work, it always felt like winter in the store.

Were there any characters or people that you wanted to be growing up?

The funny thing is, I never grew up wanting to be like someone else. I’ve always just seen myself as an individual. I do take style references from others, but that’s about it. At the end of the day, we’re the way we are, and we can’t change that fact. But if you’re asking me about eras that I would have loved to live in, I would say the swinging sixties. I love how fun it looks! But I’m also glad to have grown up in the 2000’s with friends who are still very important to me.

When I was still in school in the 2000’s, my parents were against me pursuing the arts, but I had a group of friends who were in arts colleges, so we would always hang out at Spinelli at Heeren. We would just sit there for an entire day and have probably two cups of coffee, and just talk about how we wanted to see a different fashion scene in Singapore, and how we can break into the fashion industry to spark that change. Today, some of them have went on to further their education in arts colleges overseas, and some moved to Berlin. One of them has even gone on to design shoes! So I guess even though our parents might have seen these hangouts as a waste of time, to me, they weren’t at all. It was about finding the right kind of community, and speaking about and discussing our dreams, and eventually, inspiring each other to walk the talk. So I’m happy to see where my friends are now in life. It’s really important to find the right kind of energy and community, and to have friends that agree to disagree with you. They can tell you that your ideas are ridiculous, but at the same time, they will still sit with you and support you, even though it’s not necessarily what they believe in. 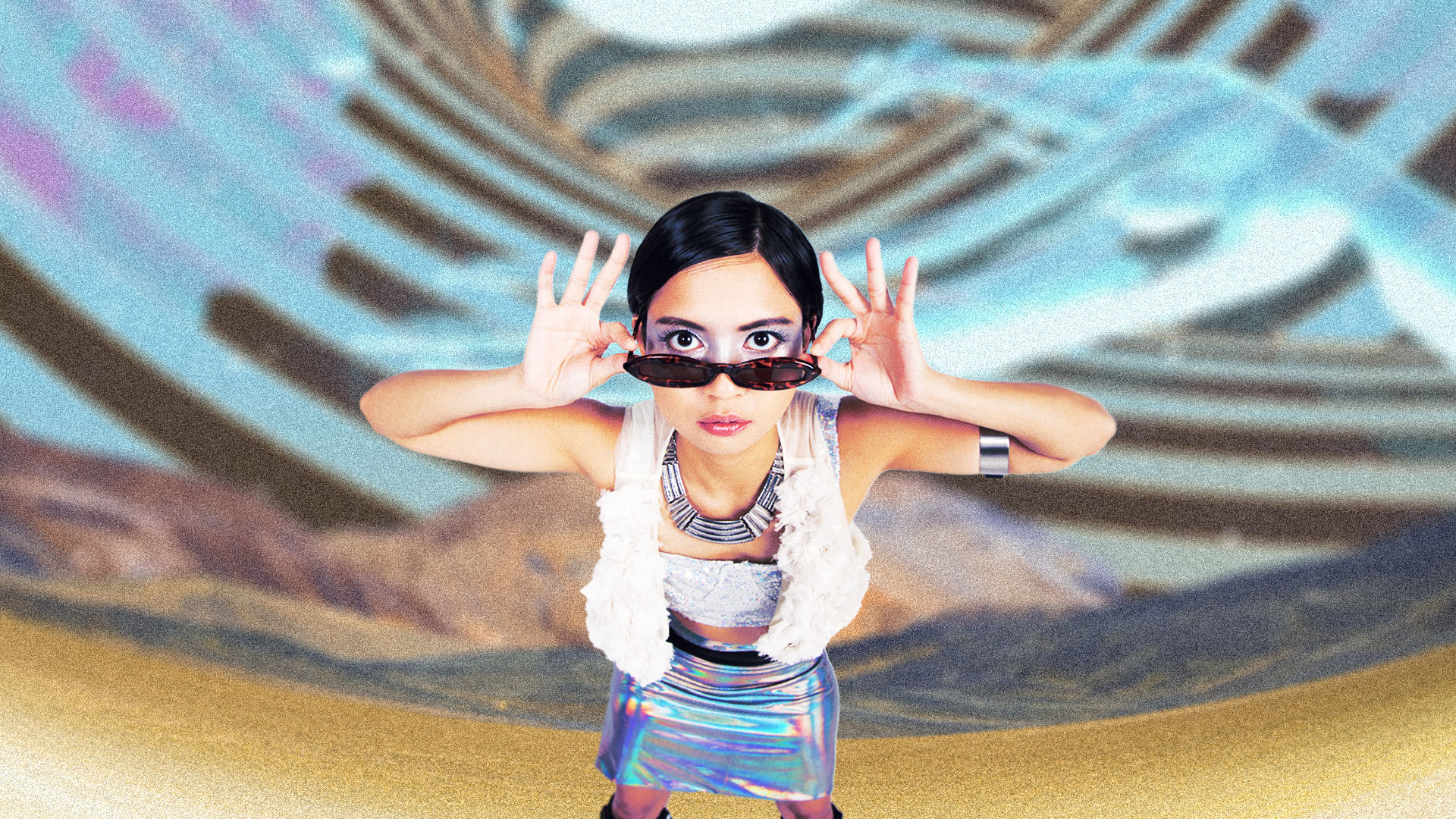 Has the local fashion scene gotten closer to the vision that you and your friends had back in the 2000’s?

Yeah, I would say that it has. Just looking at Generation Z, to be honest, I really love how confident they are about so many things, and are so vocal about their opinions. Granted, they might be overly-confident in a bad way at times, because they don’t think twice about airing their thoughts, but when it comes to the way that they dress, I love how I can see them taking references from the ‘90s, ‘60s, and ‘70s.

These days, Singapore is progressing in a way where, people are more willing to wear whatever they want. We have shifted further away from being boring dressers back in the days, so it’s great that younger kids are taking references everywhere, not just from Singapore. But then again, I hope that they can actually look at different references as well beyond your regular Korean pop scene, or street style. I hope to see the younger generation open up their minds even more, and take bolder references from avant-garde styles and haute couture and all that.