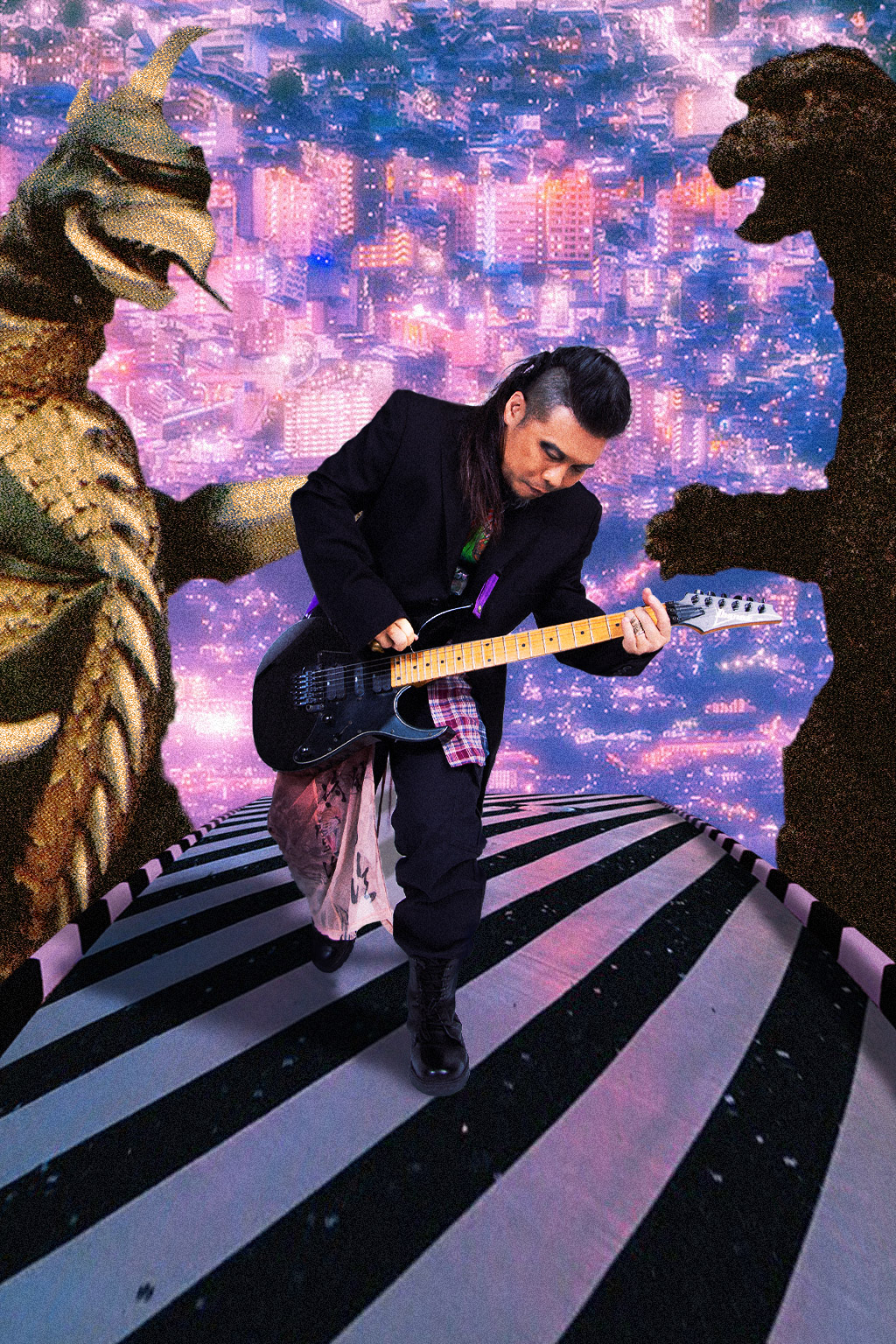 The one thing that amazes us most about Pann is how he manages to juggle so many different things all at once. He’s a dad, boss, creative, music-lover and maker, husband, and, most recently, our Shentonista Of The Year: Best Lesson Learnt winner.

“I’m a man who steals time,” he says. “Sometimes, I will just tell the kids “Eh, I go upstairs for awhile”, and in that one hour, I will manage to do something. Then later on, I will reappear again.”

Oh, to have such self-control and time-management skills. But we’re glad that amidst his jam-packed schedule, Pann still managed to find time to speak with us, and to let us dress him up as his (arguably) super cool alter ego. But before we jump into that, here’s a bit more about Pann. 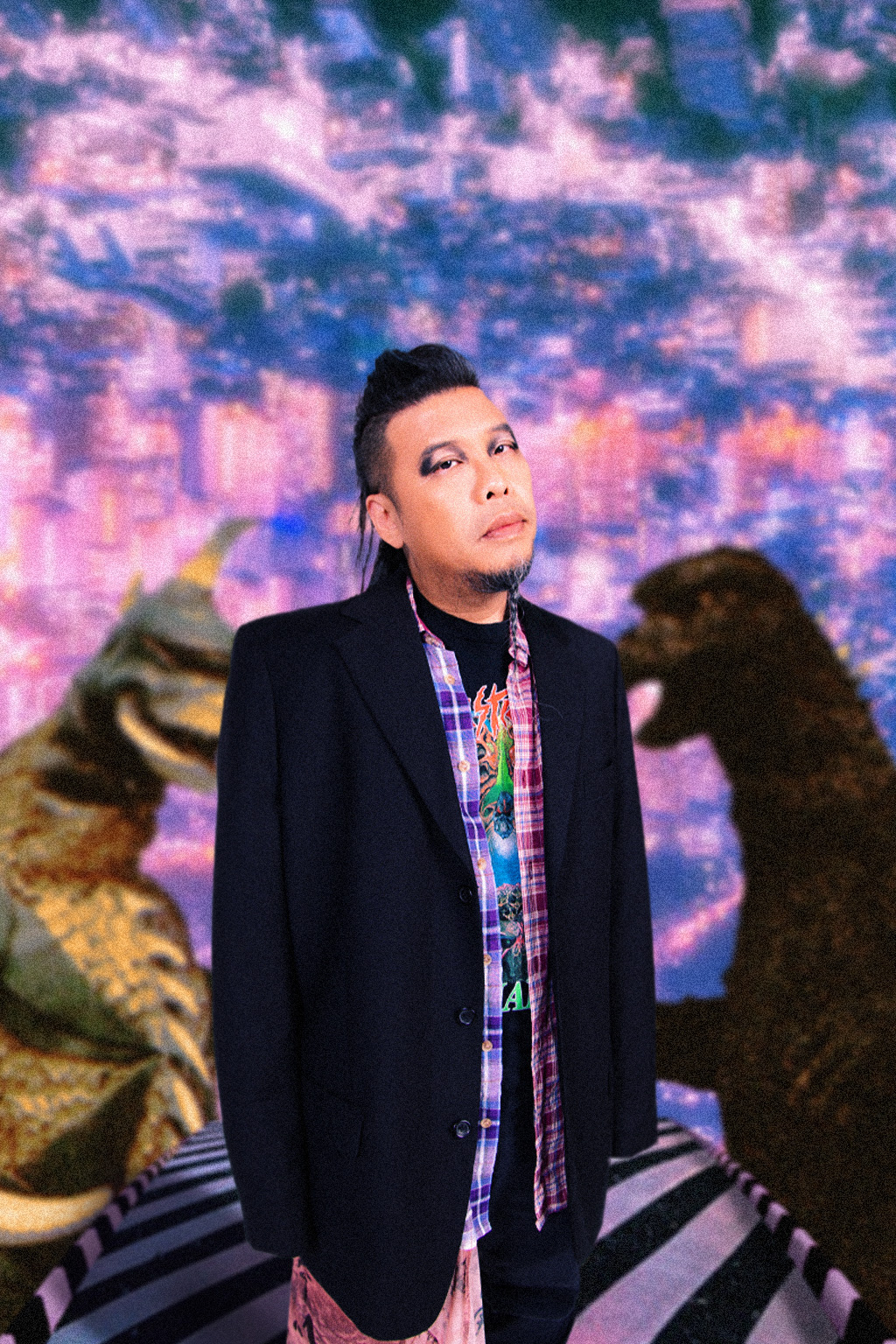 You might not be able to tell, but growing up, he never quite took his studies seriously up till his polytechnic days. He recalls how his late father always used to tell him to “zuo ho seh”, which, in Hokkien, translates to do things properly. As a young boy always looking for the chance to have some fun, Pann admits that he never fully understood the meaning behind his father’s catchphrase. But when he entered Temasek Polytechnic to study visual communications at the ripe age of 22, he finally realised what his father had been trying to tell him—to see things through to the end, and to do anything and everything to your utmost ability.

Of course, “zuo ho seh” doesn’t mean that you have to give up on your passions and interests. Pann was, and still is, a huge music-lover. In fact, he’s currently working on a personal music project titled PrayTellHearSay, which he intends to release gradually on his Bandcamp. His love for design has also stuck with him from his days in school, which led him to co-found the local independent creative agency, Kinetic, over 20 years ago.

Dressing almost exclusively in black on the daily, we tried to inject a little spice into Pann’s stylised avatar for our shoot, and went with a grunge, Matrix-inspired look with a bit of a personal twist. Read on to find out how we brought bits of Pann into our chosen look, and to also glean some words of wisdom from our Best Lesson Learnt winner. 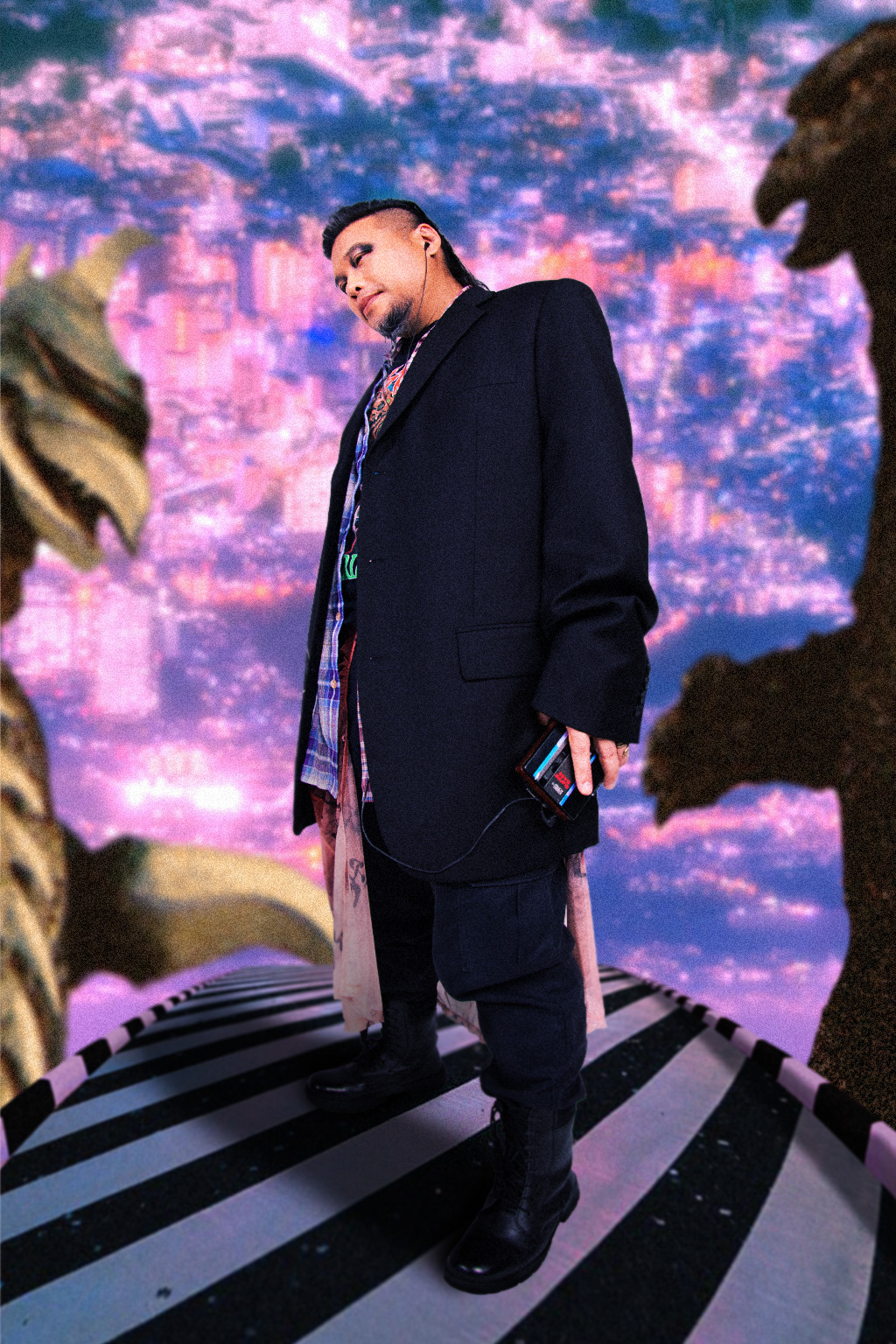 You’ve had a lot of life experiences, between running your own business, becoming a dad, and running your family art collective while also working on personal projects. What is one moment of your life that you always look back on?
I think it would be the time where I entered the visual communications course in Temasek Poly, because that really changed the course of my life, I daresay. Growing up, I was a person who actually had a lot to offer, but I just didn’t know what these things were. So when I found my focus in Temasek Poly, and met my wife Claire on the first day of school, it changed my life completely. So if you ask me, I will never stop looking back on that time in my life. It was such a happy time as well, because we got together when we were still in poly, and we’ve been together till now, and have been through so much together, like co-founding my creative agency Kinetic, and becoming parents to Renn and Aira, our kids. 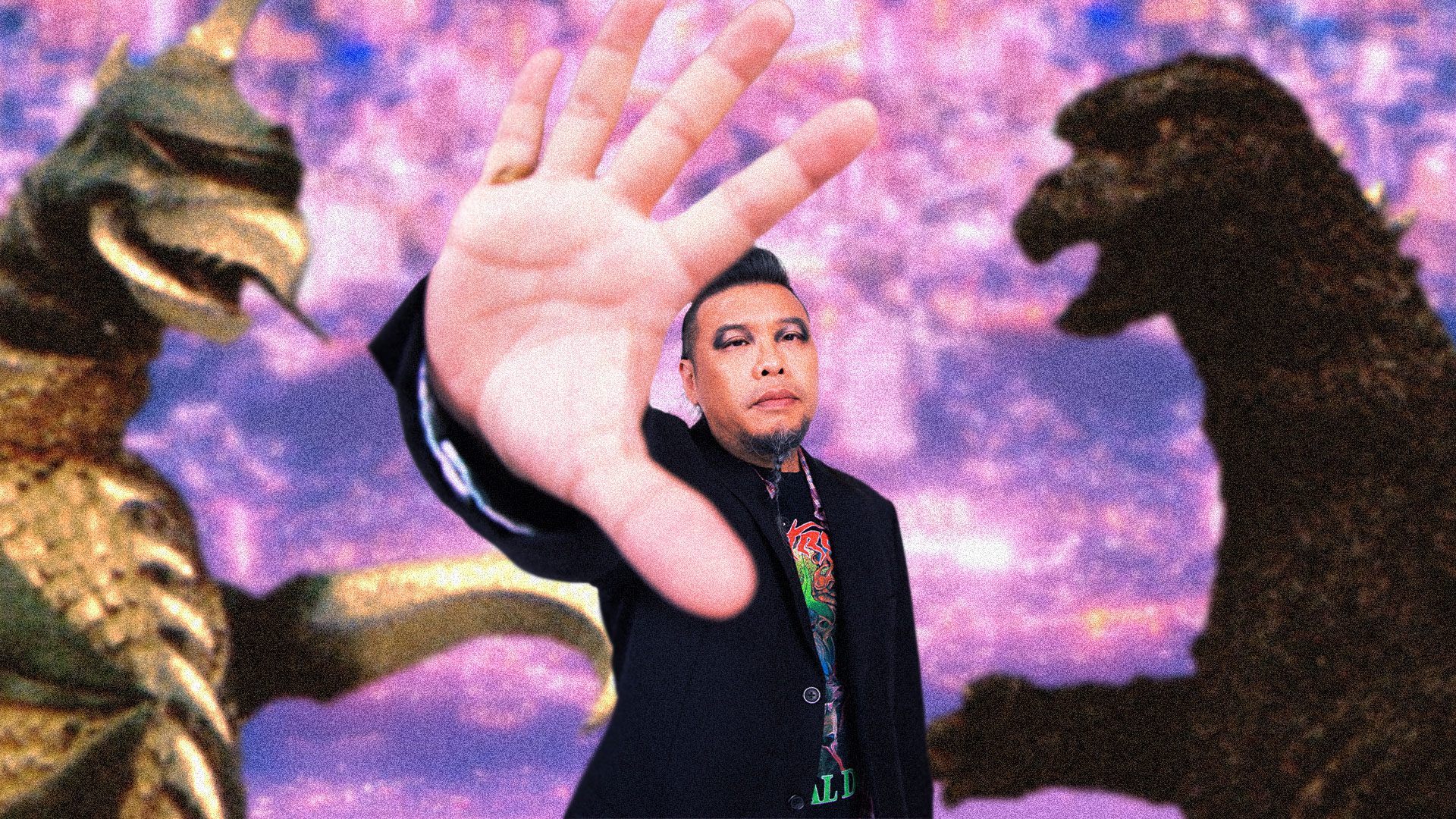 What’s one thing that your kids have taught you?
I think the most important thing about kids is how genuine and how—can I use the word—naïve they are in a way, especially in their earlier years. Now, they aren’t that naïve anymore of course, because they’re in their teens, but in their childhood, you could really see how their faces and actions reflect how they feel.

As adults, we know that we’re not supposed to say certain things in certain situations, but sometimes, when our thoughts and emotions go through that filter, it might sound proper or politically correct, but it might not be a true reflection of how we feel. In short, it just means that as adults, we’re not being truthful a lot of the time lah. But you see, when you deal with kids, they mean what they say, because they just want you to know their feelings. And there’s so much to learn from that, because in a world where we’ve been filtering our minds, sometimes it’s good to let yourself express your true thoughts to people. Yes, there might be still some form of filtering so that the language comes out more proper, but the art of being completely truthful in life is lacking in this world. This childlike realness is really hard to find, and that’s one of the main things that being a father taught me. 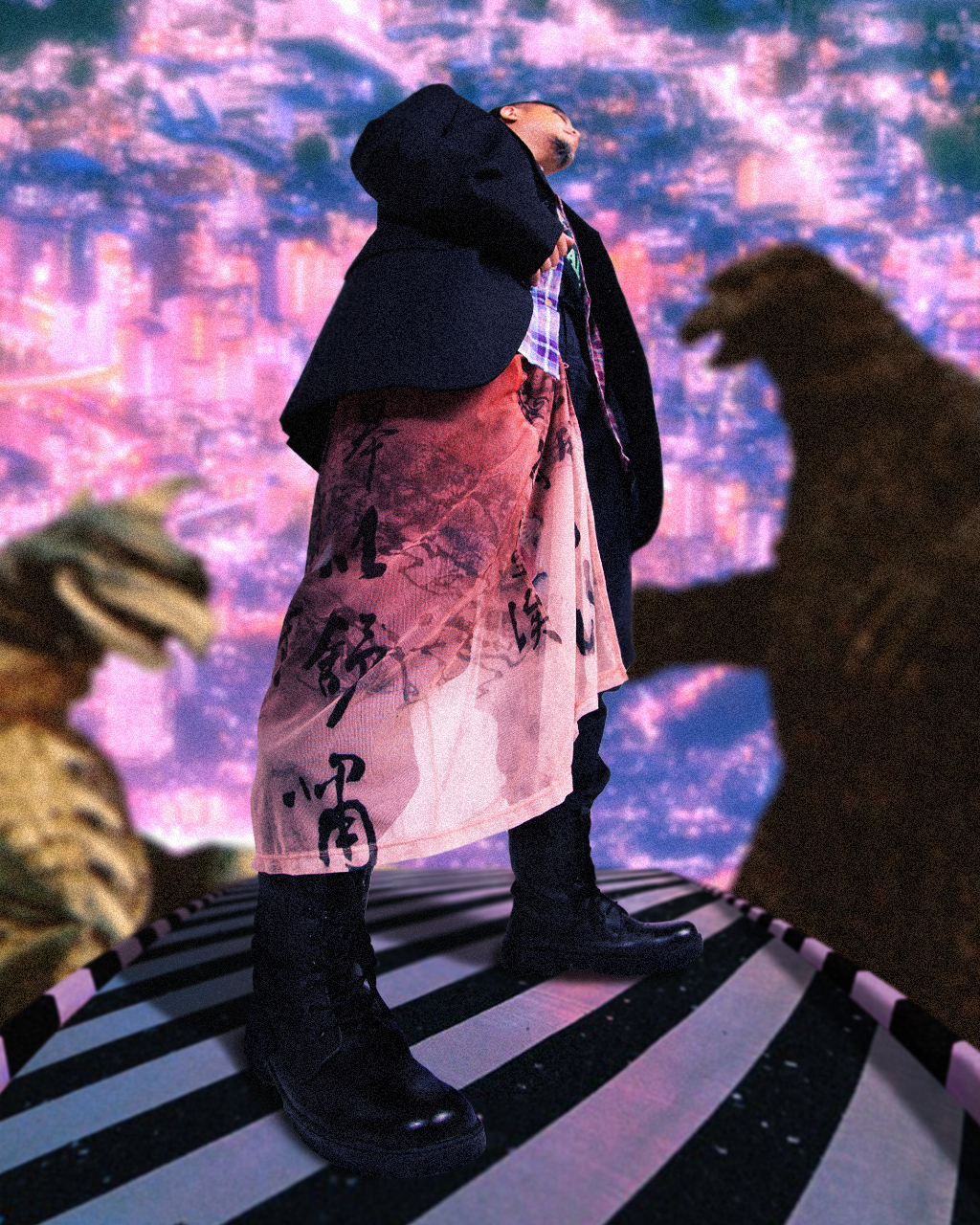 What were you like growing up? What were some of the dreams that you had as a child?
When I was young, there were many things that I wanted to do at different stages of my childhood. When I was super, super young, I always thought that it would be nice to be a policeman. Then at some point, maybe when I was six or seven years old, I wanted to be a comic artist. My parents are Chinese educated, so they used to buy a lot Chinese newspapers like Zaobao. These publications had their own comics section, where it’s often gag or political comics. I remember I would always look at that section in awe, and I would tell my mum that I wanted to do that for a living. But of course, it’s not so easy at a young, tender age to draw comics that really make sense, right? So I never ended up pursuing those things.

Now, if you ask me what my dreams are, I would tell you that I don’t have any. I know it sounds very anticlimactic, but I really don’t have any. I’m not a person who will go and dream about this or dream about that. I just want to make whatever’s in front of me work, because when you do that, then things will happen for real. So that’s my philosophy.

Some people might say that “Eh, this guy doesn’t dream big”, but so be it. I mean, my path has always been very clear. I just work on things that are in front of me. I always tell design students to stop thinking about what newer work they want to put inside their portfolios, when the other projects in their portfolio are not even up to par yet. Some people just look so far ahead that they overlook what’s right in front of them, when the fact is that by tackling the problem today, you are preparing yourself for tomorrow. And only after you’ve done today’s work properly, then should you talk about tomorrow’s work. 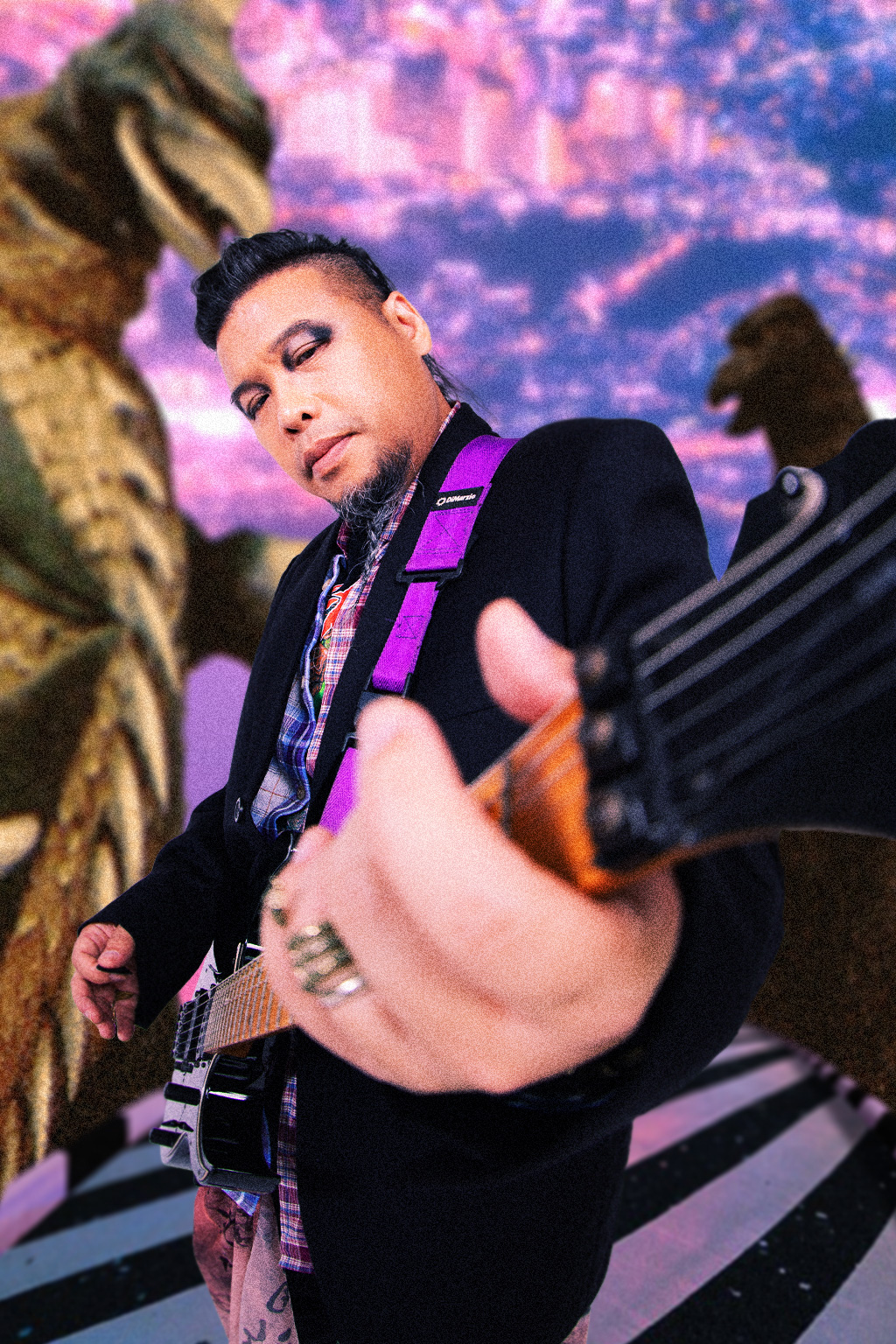 What are some things that inspire you?
In a very childish and naïve way, when I was growing up, and even till today, my favourite superheroes are Ultraman, the V1 and V2, and Masked Riders, or Kamen Riders, as some might call them. These characters had a huge influence on me, and also happen to be things that matter to me. This means that until today, if I flip through a book with these characters in them, I would still spend a lot of time looking at the pictures, feeling excited and happy.

Other than that, I have a collection of books and publications that really inspire me. One of which is Ray Gun, a music, culture, and design magazine published in the mid-90’s. I was heavily involved in the music scene back then, and stayed in that circle for quite a while. So naturally, when I became a design student and discovered Ray Gun, I couldn’t stop using most of my pocket money to buy the magazines. I would be be damn disappointed sometimes not being able to get the latest issues in-store because of deadlines, so I might have missed a couple of issues here and there, but I’ve kept most of my collection intact, and some are still in pretty good condition. And even till today, when I look through them, some of the artwork is still so good and so timeless, meaning it still works today, you know?

I think another reason why I keep going back to Ray Gun is because it gives me this extra, extra special feeling. It holds memories of when Claire and I were students and would go to Basheer Graphic Books, and just browse through issue after issue and use our pocket money to buy the magazine. And these memories are actually more important to me than anything. I’ve actually recently taken each issue in my collection out and individually wrapped them in plastic, so that I can keep them for longer, maybe. 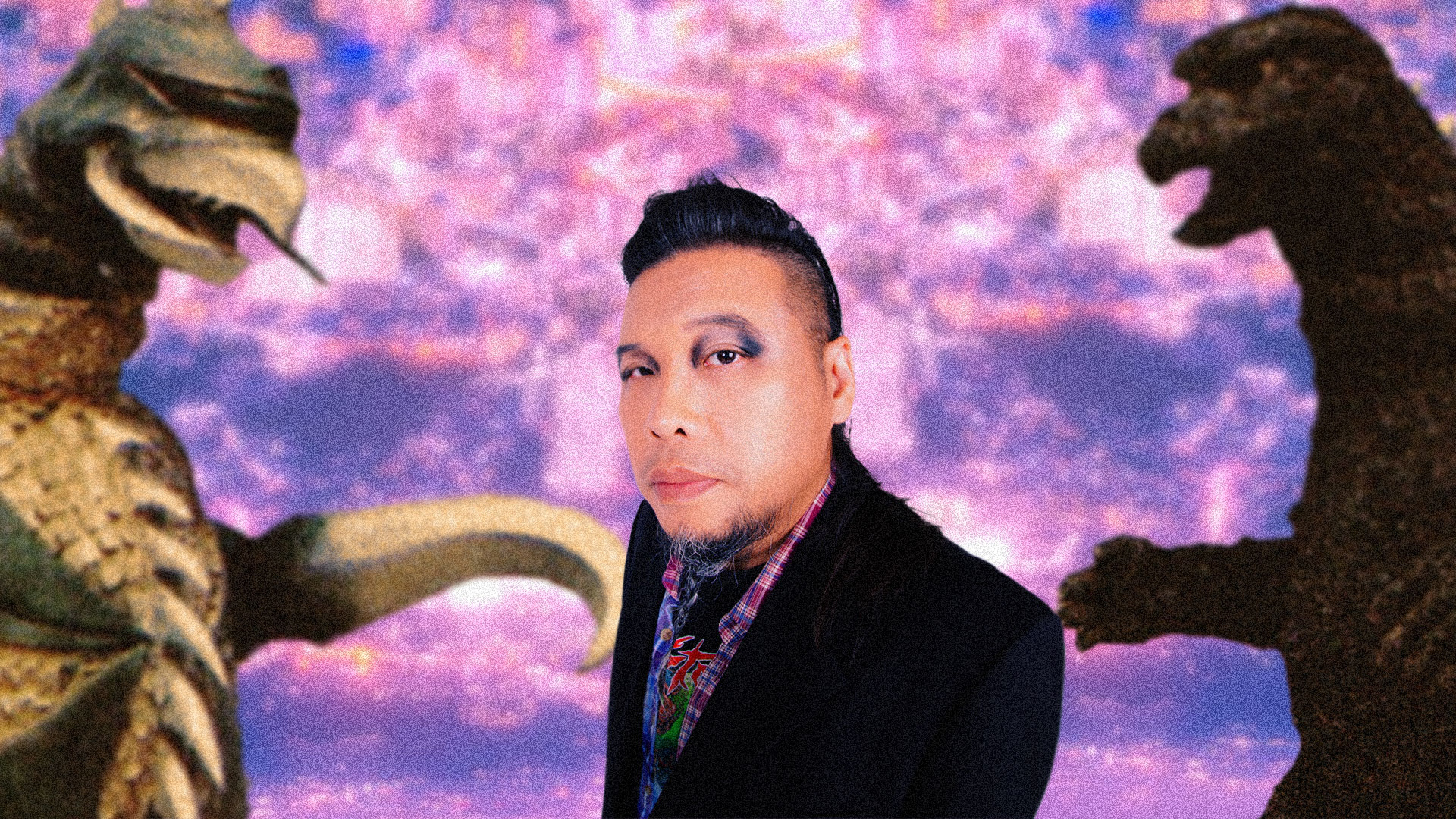 Do you still play music today?
Yeah, of course! I’m classically trained in piano, because I grew up in a family of musicians, but I didn’t like how regimental classical music was. I play the guitar now. I just taught myself lah since 1990 lor. I don’t think I’m particularly good, but I’m able to deliver what I want and need to do.

Now, I’m also working on my personal music project called PrayTellHearSay, and I’ll be releasing the music on Bandcamp gradually. There are about 10 songs inside, and I’m doing a lot of what you call lo-fi, home studio recording, as and when I have the time. People always ask me how I manage to put things together in such a short time. It’s because I know how to manage my time. How do I explain it? I just use my time usefully lah. So yes, I still do play, and I’m quite obsessed with it. In a way, I’m obsessed with all the things I’ve done and am doing.