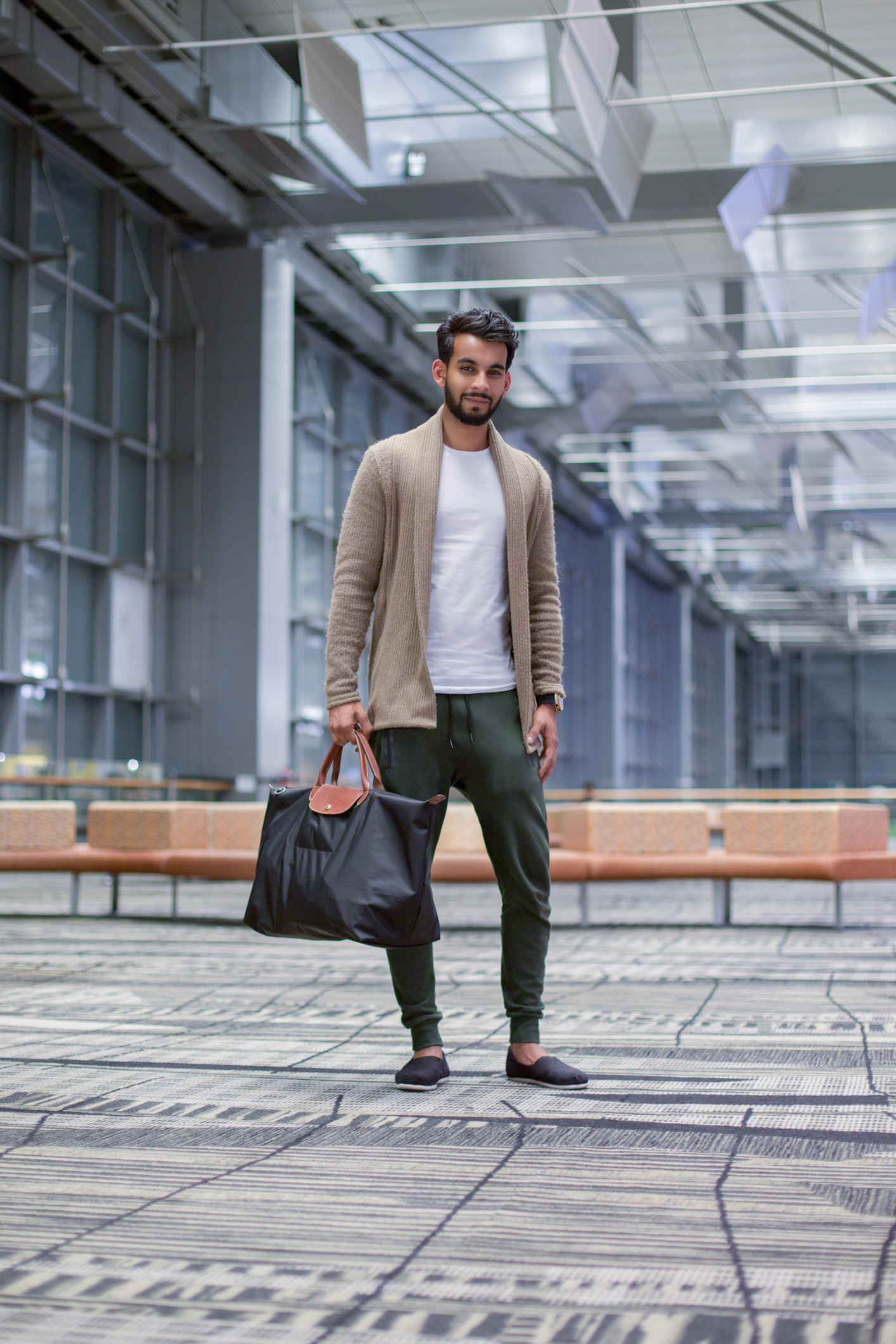 Aabdul, Judicator from London, in the T3 Transit Hall.
Bag from Longchamp, watch from Hublot, cardigan from River Island, shoes from Toms, pants from Zara.

If you were to describe Changi Airport in three words, what would they be?
Glamorous, clean and entertaining. 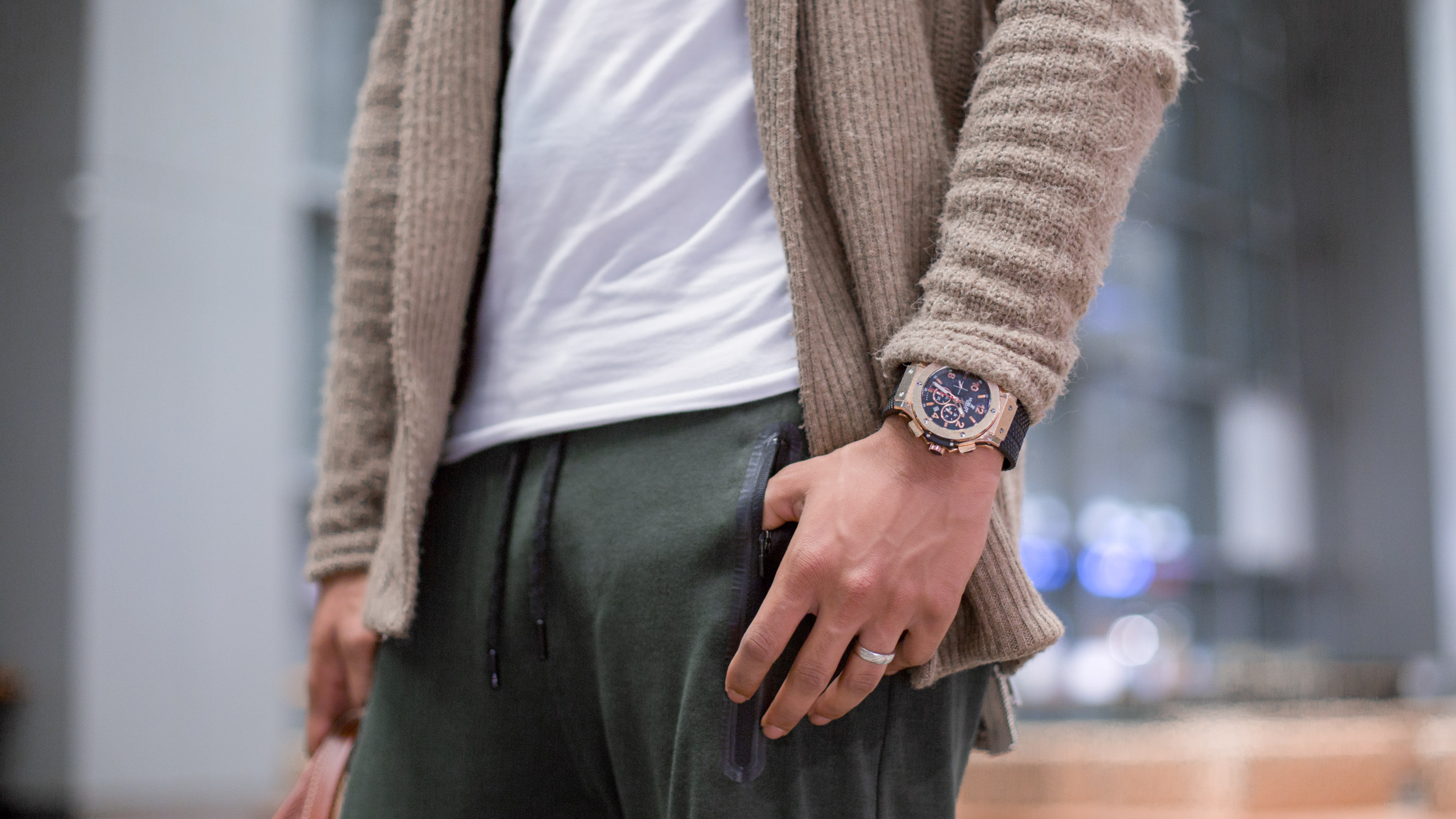 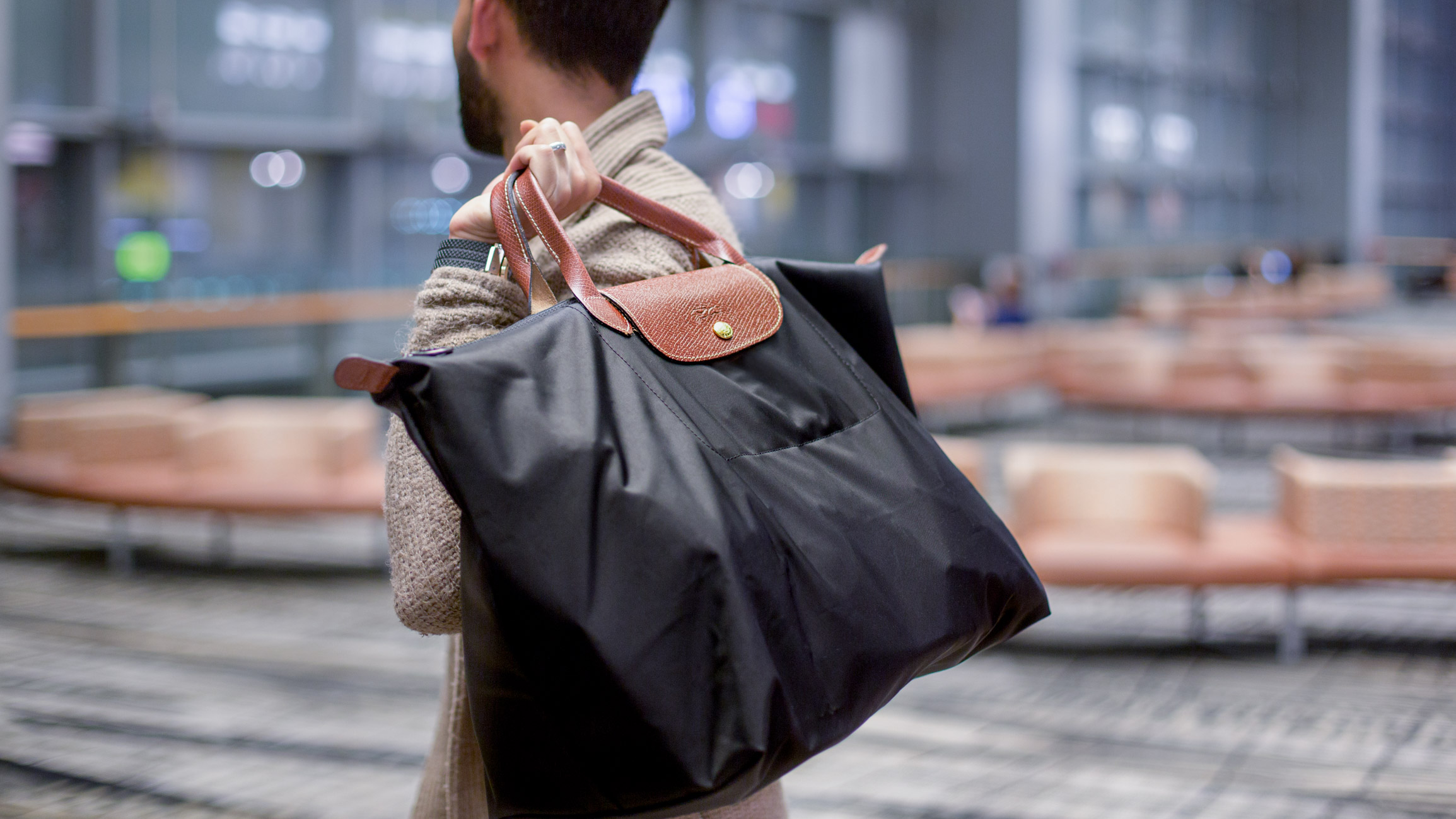 It was unintentional, Aabdul says, that he and his wife were dressed in a similar colour palette as they travelled back to London from a ten-day honeymoon in Bali. Despite the impending long-haul flight home after a brief transit in Changi Airport, Aabdul believes in always looking presentable. “It’s for my missus as well,” he says, with a laugh. 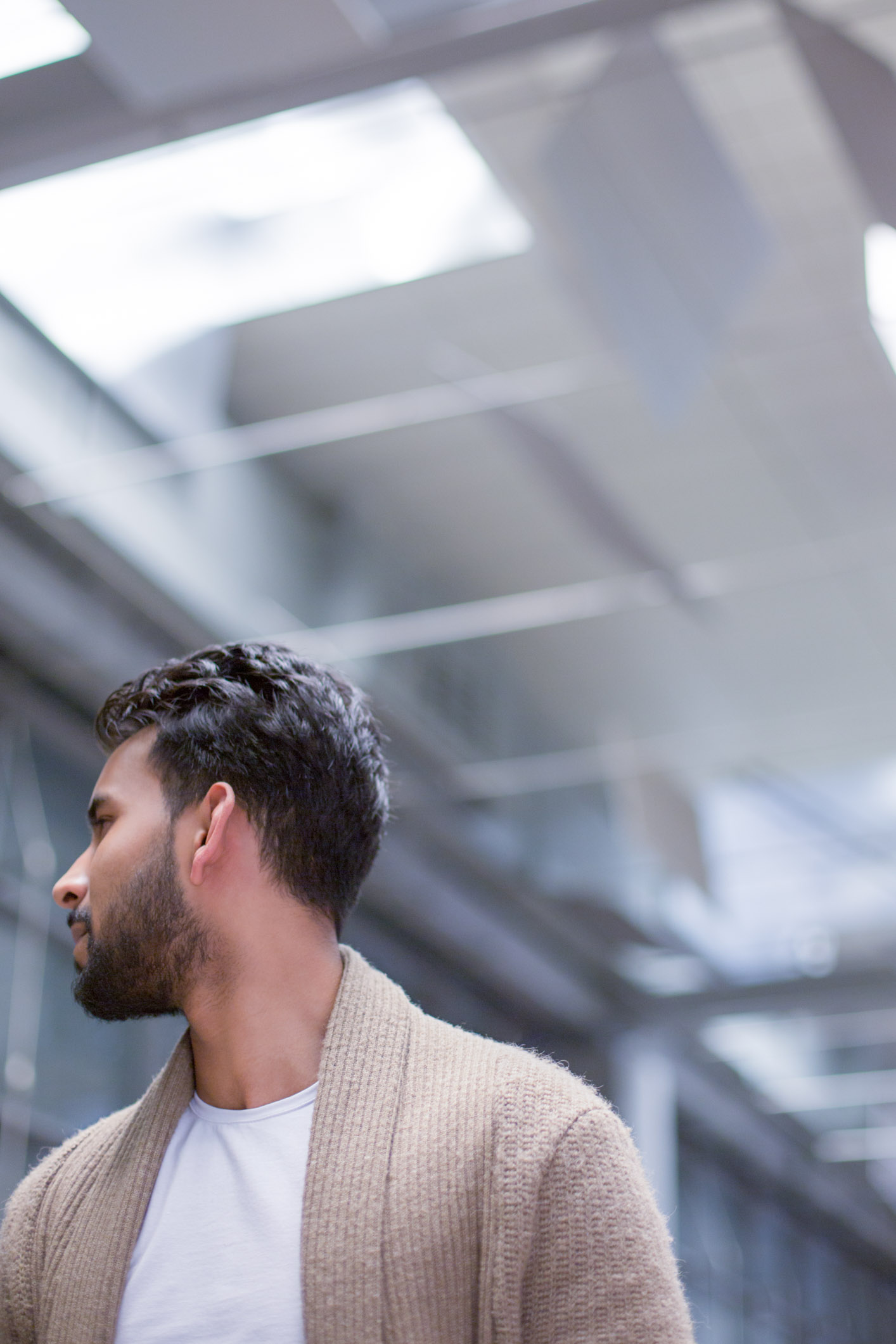 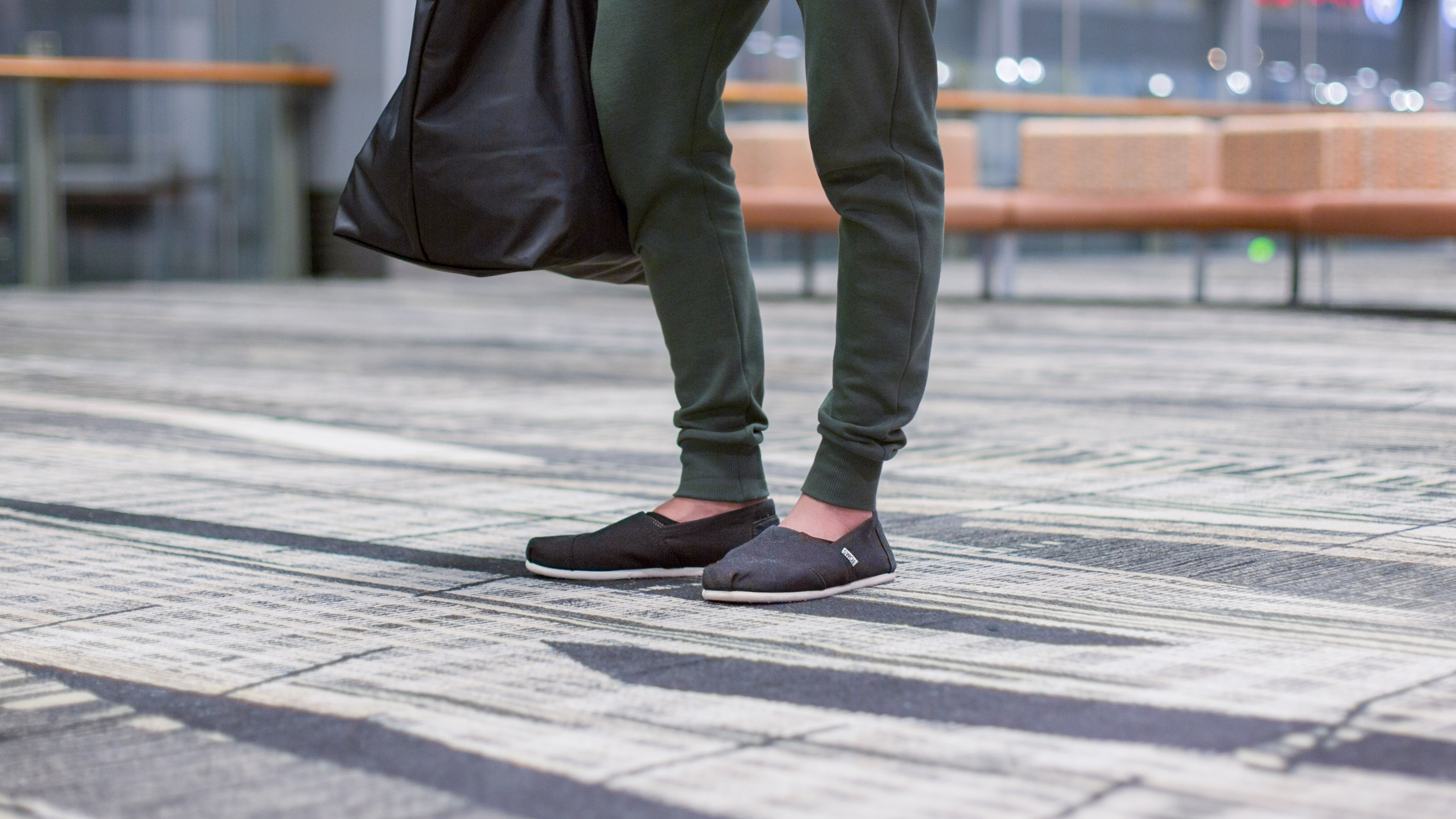 The couple spent their honeymoon jet skiing, parasailing, visiting temples and some smaller islands, and just basically relaxing—much needed after such a long journey, and all the more for Aabdul who can’t fall asleep on planes. “The lack of sleep can get frustrating, but it was all worth it in the end as I will probably never come to this part of the world again,” he says. “It’s my first time to Changi Airport as well, and I like that it’s so comfortable, especially after a long flight. There’s an awful lot of food choices too, and facilities for Muslims. It’s bigger than the airports back home, and could be really intimidating to some people, but I think that everything is very organized and cozy.” 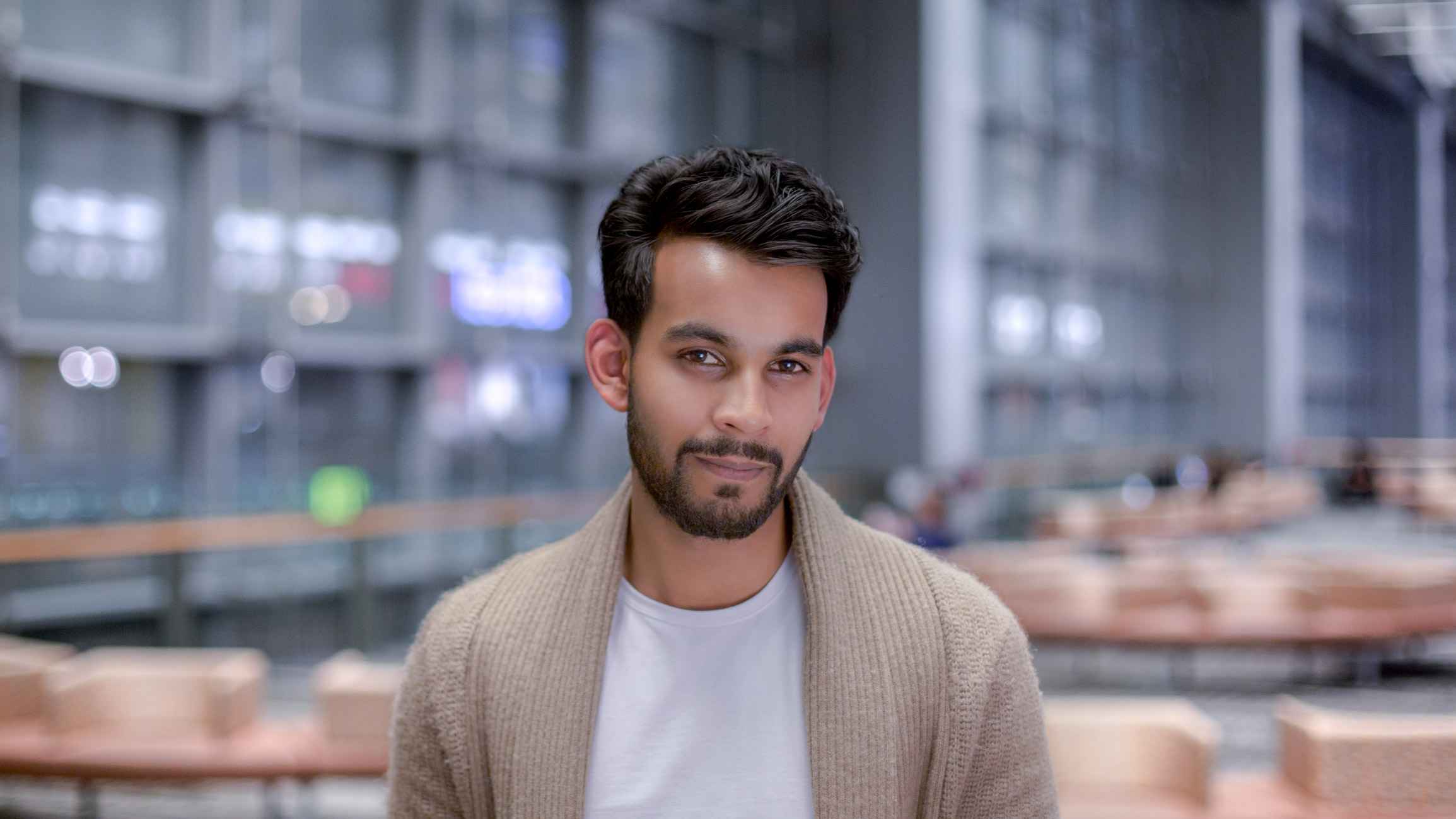 Aabdul is a judicator, and his work involves working with complaints from businesses and banks. “The thing I like most about my job is the fact that I’m in a position where I’m able to come up with a fair and reasonable decision, and I get to help a lot of people through that,” he says. It’ll be back to work soon for Aabdul, after this short break, but we hope that one day he’ll once again brave the 13-hour journey and find himself back here, in Changi Airport.