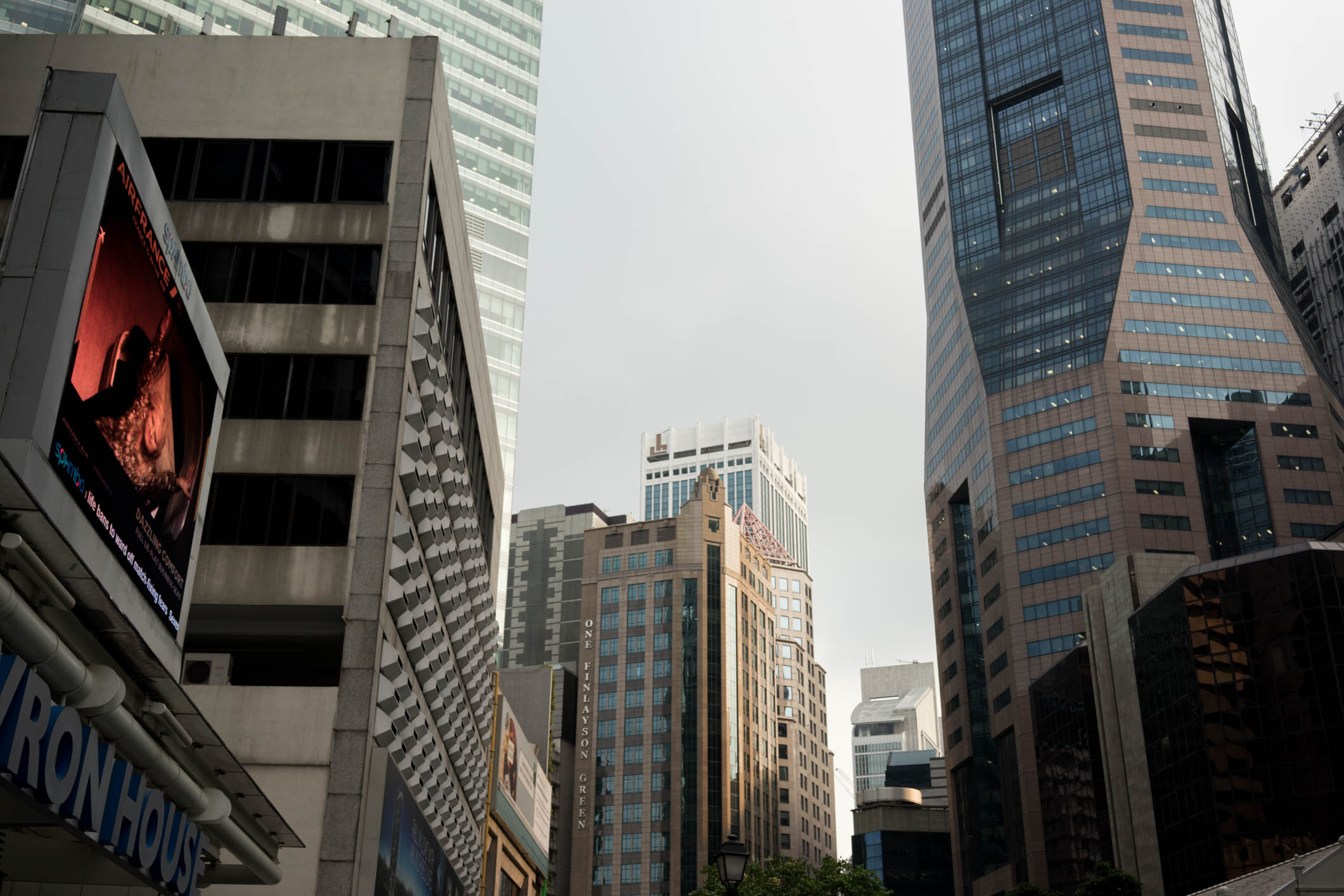 Our #ModerateDrinkersWanted campaign was the first campaign that we’ve ever shot completely in the evening and night, and from the outset, we knew it was bound to be entirely different from the other features we’ve shot using natural light and during the hours we were most accustomed to. Nonetheless, we pushed forth — battery-operated lights, camera equipment, soft boxes and all — across two nights, and found ourselves surprised.

On our first night we started out on familiar ground, in Raffles Place, as the sun was slowly going down. The easy-going Pearlyn was the first lady we spotted, out for a break before heading back to the office for another late-nighter. She kept up her smile throughout the shoot, never once deviating from her friendly demeanour despite the peak-hour traffic and occasional lorry or two that headed in and out from the loading bay where we were shooting. 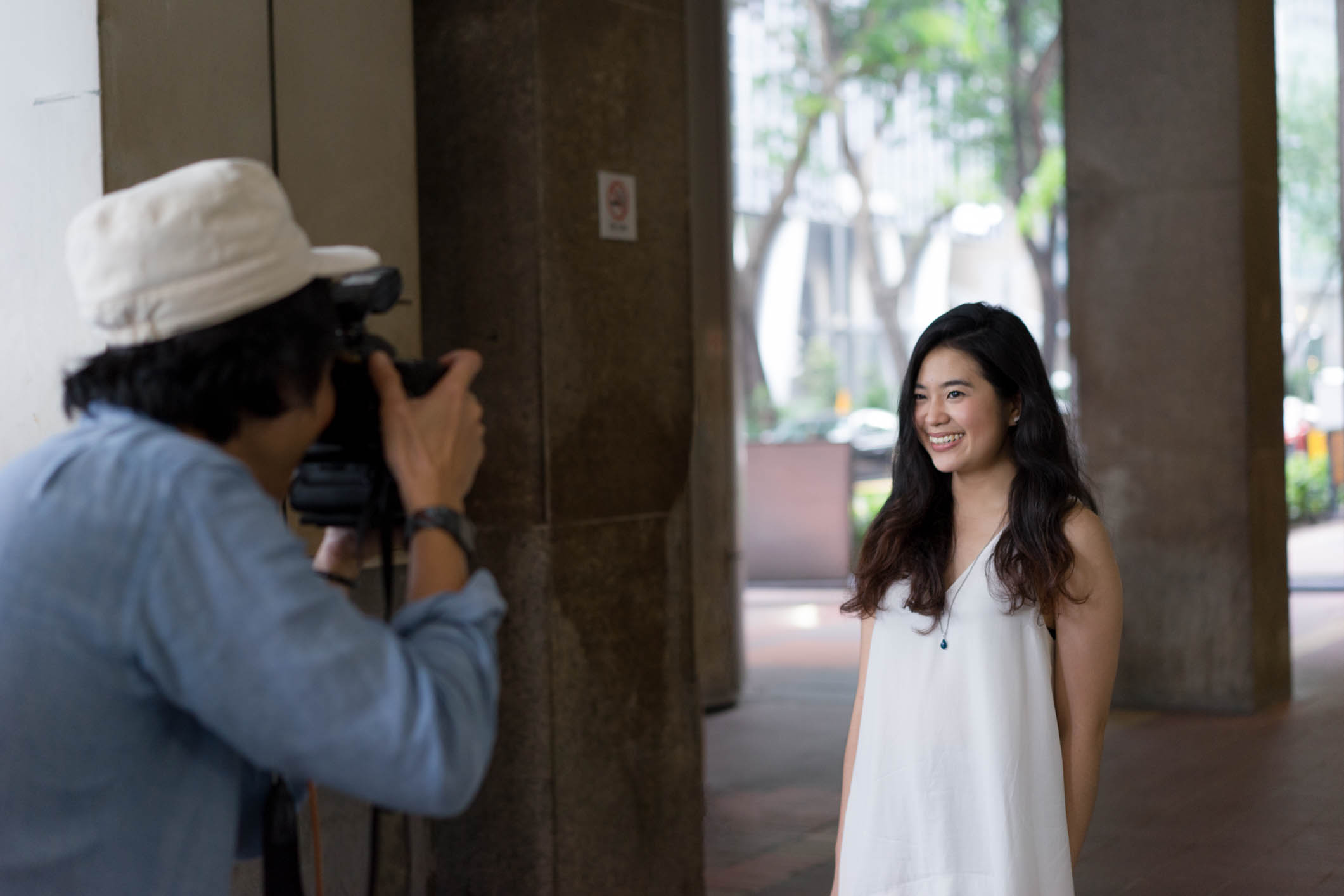 Next was Everest, who had actually been curiously watching from the sidelines as we were setting up our camera and lights for the next shot. It turned out that Everest had actually been following us online for some time, so she was pleasantly surprised and excited to be a part of the campaign, saying she had always wondered what went on behind-the-scenes of a shoot. 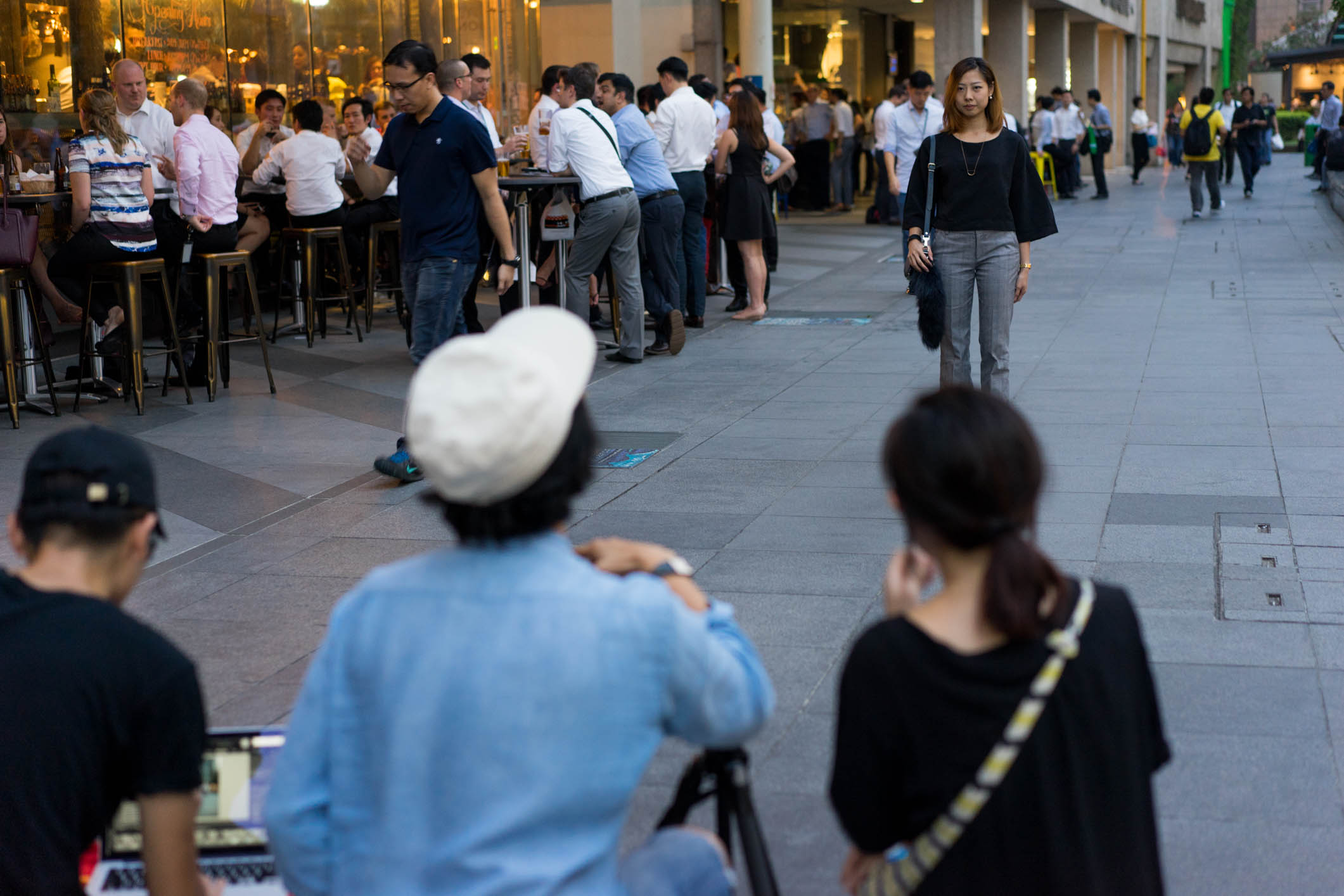 Night fell quicker than we had noticed, and the glaring lights from the TV screens in Raffles Green were interfering with our own lights. We relocated a little further down and that’s where we spotted Beno, waiting to have dinner with a friend. He calmly agreed to be photographed, and went about with a cool nonchalance that befitted his workday uniform of black, edgy separates. 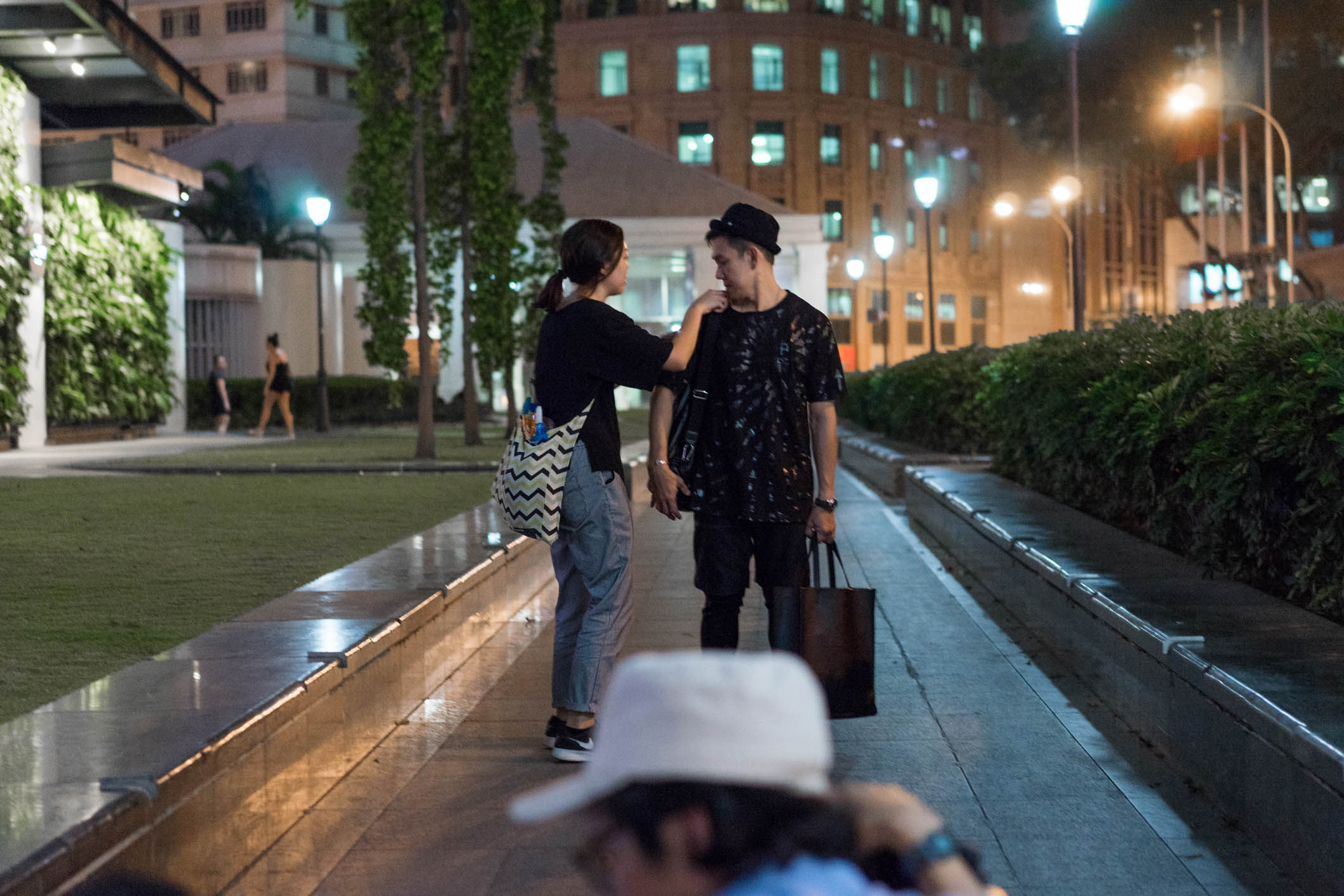 We then came across a familiar face — Glenn, who was quietly having a snack (a cream cheese bagel and coffee) alone after work, recuperating from the day’s busyness and prepping for the night ahead. Impeccably suited as always, and true to his gentlemanly style, Glenn patiently walked with us to where we had set up the next shot and persevered throughout the shoot. 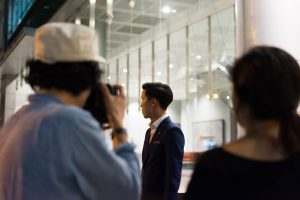 The CBD was mostly empty by now, so we headed over to some of the popular watering holes along Boat Quay, and it was our good fortune to bump into one yet another of our favourite persons — Si Pei, and her boyfriend Pierre, enjoying some drinks with their colleagues before heading straight to a well-deserved staycation to celebrate the long weekend. The photogenic couple easily turned up the charm, and we wrapped up the first night with a good catchup. 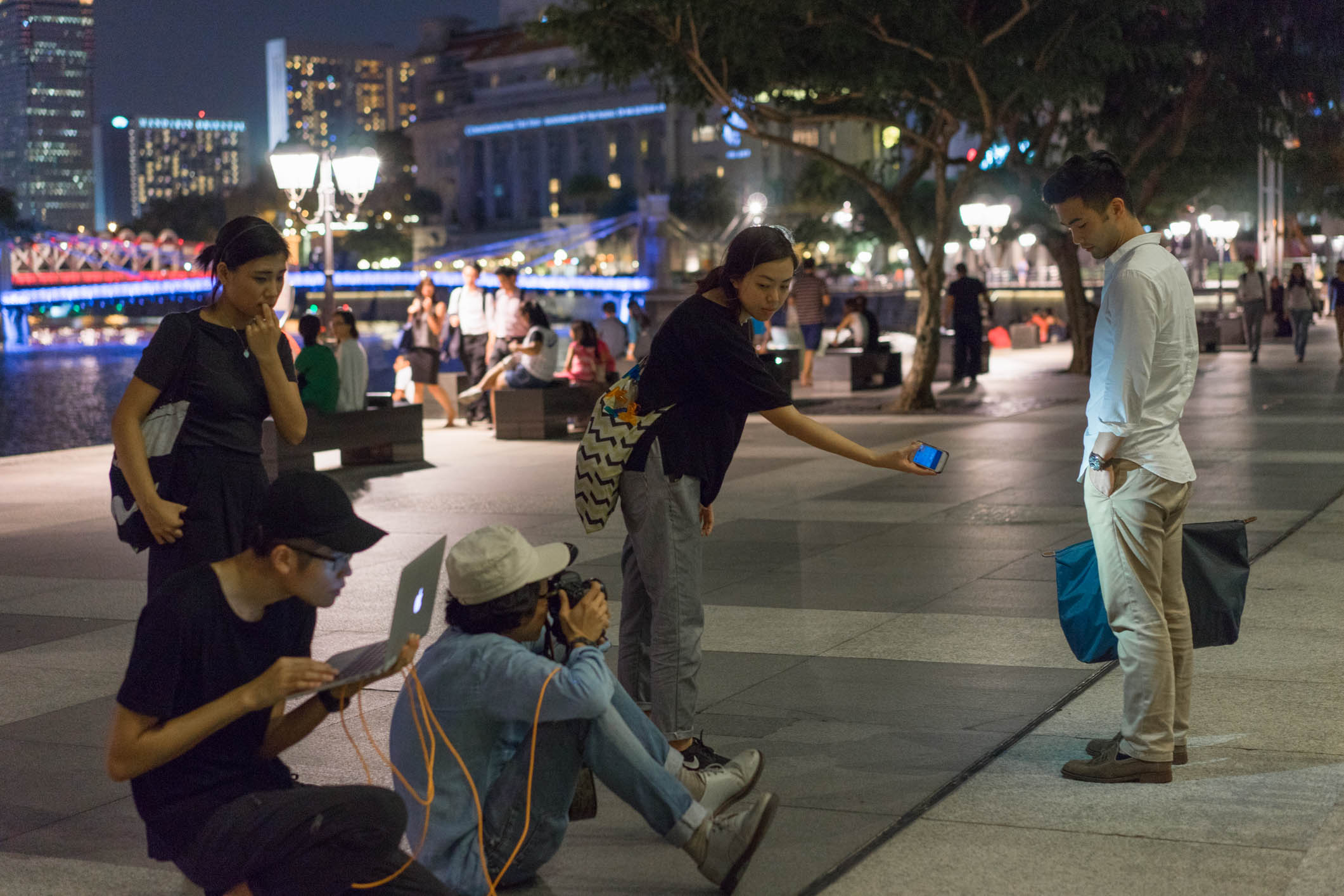 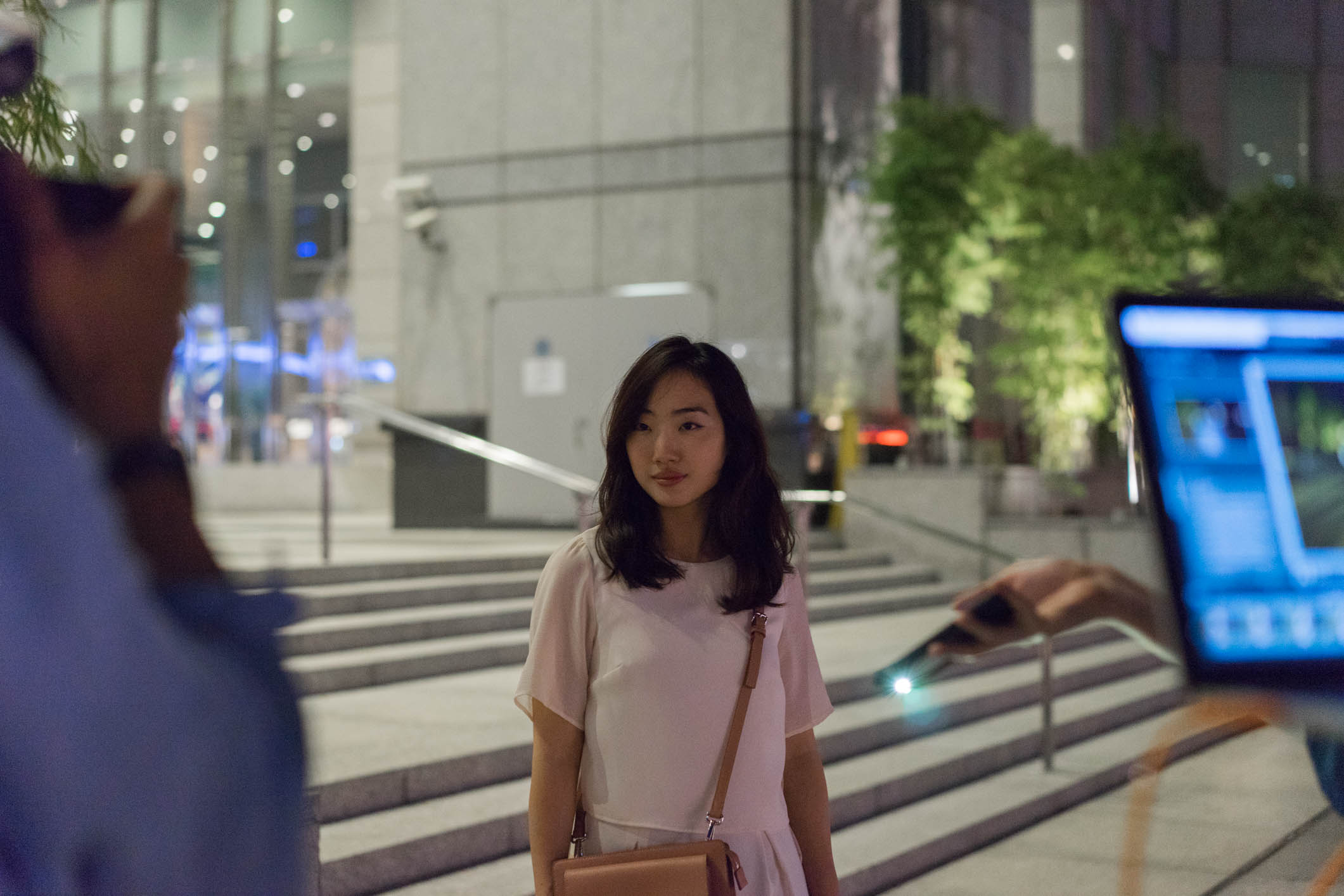 Night two saw us starting out at Keong Saik, a stretch of road known for its popular restaurants, cafés and bars. Despite the sizeable crowd having dinner or drinks, we were hard-pressed to find stylish individuals as most were on a simple, casual night out — that is, until we spotted Isabella in a restaurant with some friends. We bided our time before striking up a conversation and persuading her to join us, with a little help from her friends. 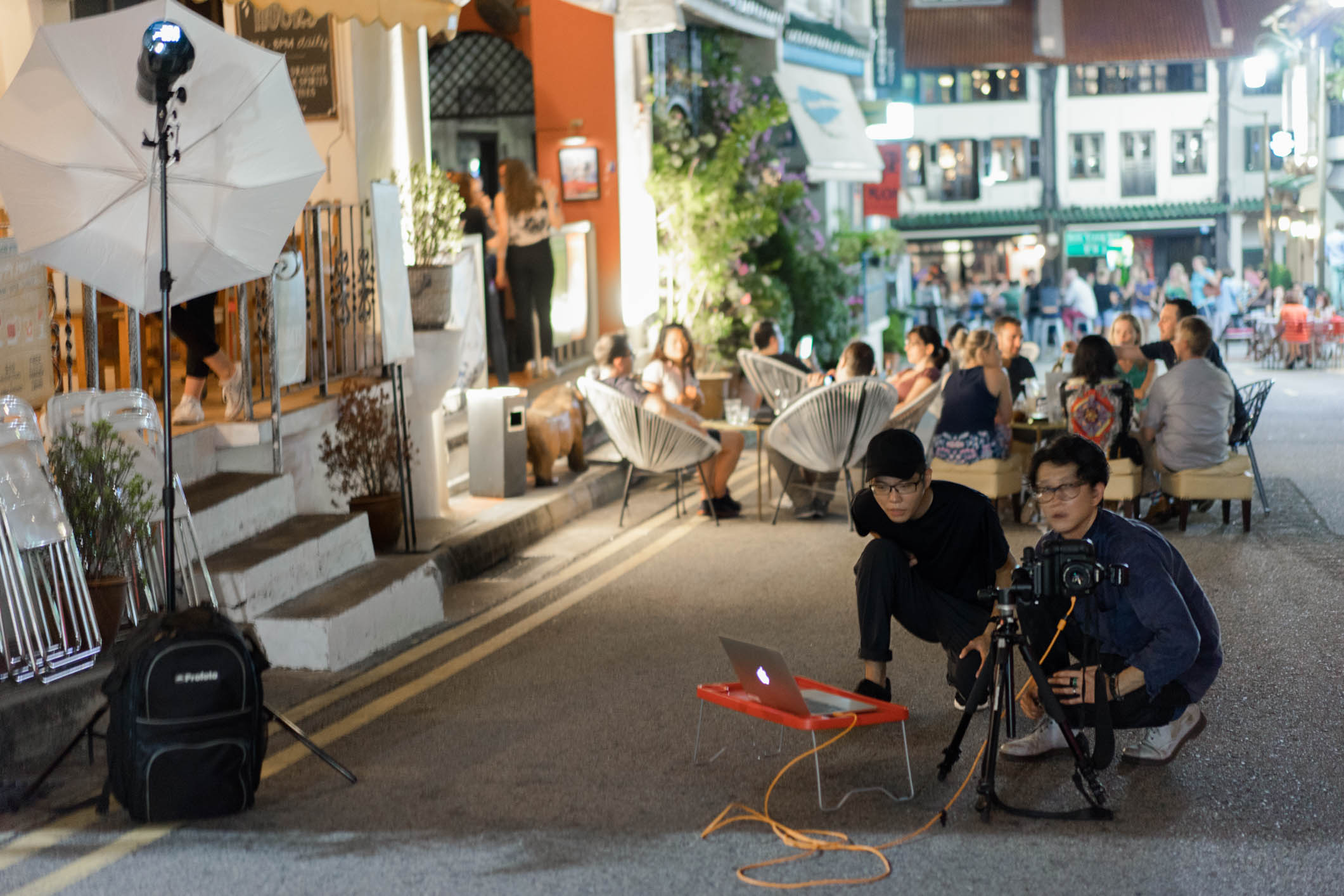 We decided to try for greener pastures and headed to Club Street, where our luck changed for the better when we bumped into Adeline. She shared that she wasn’t usually in the area, but had to drop something off for work, decided to stay on for a drink or two with her friends, and ended up sharing her story as part of our campaign. 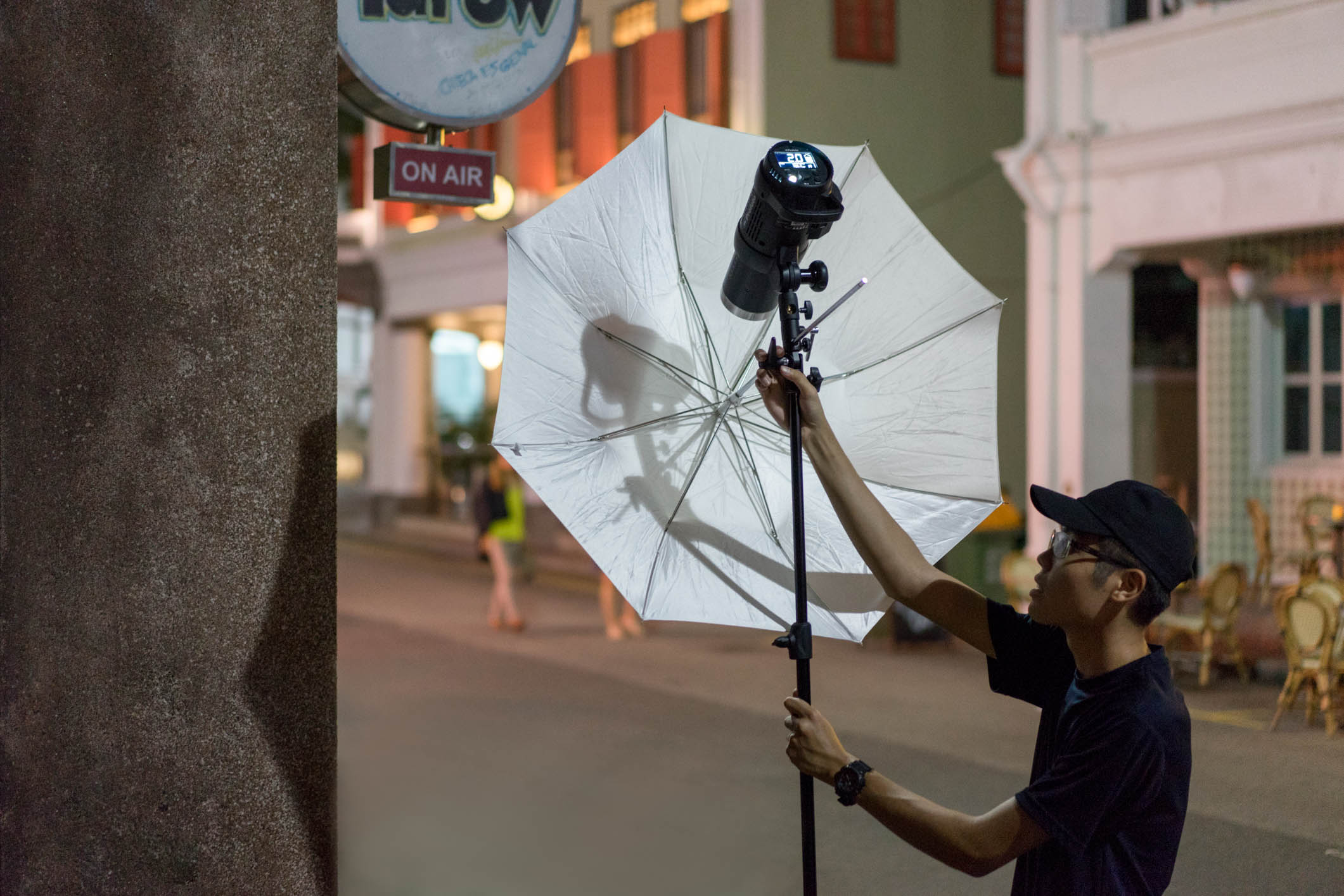 Lisi was also spotted having dinner with her fiancé, and we pounced on them the moment they were done. As we walked Lisi over to the location she was taken aback by how extensive the setup was (“Har?! It’s like a real photoshoot!”) while her fiancé just seemed amused at how their evening had turned out. 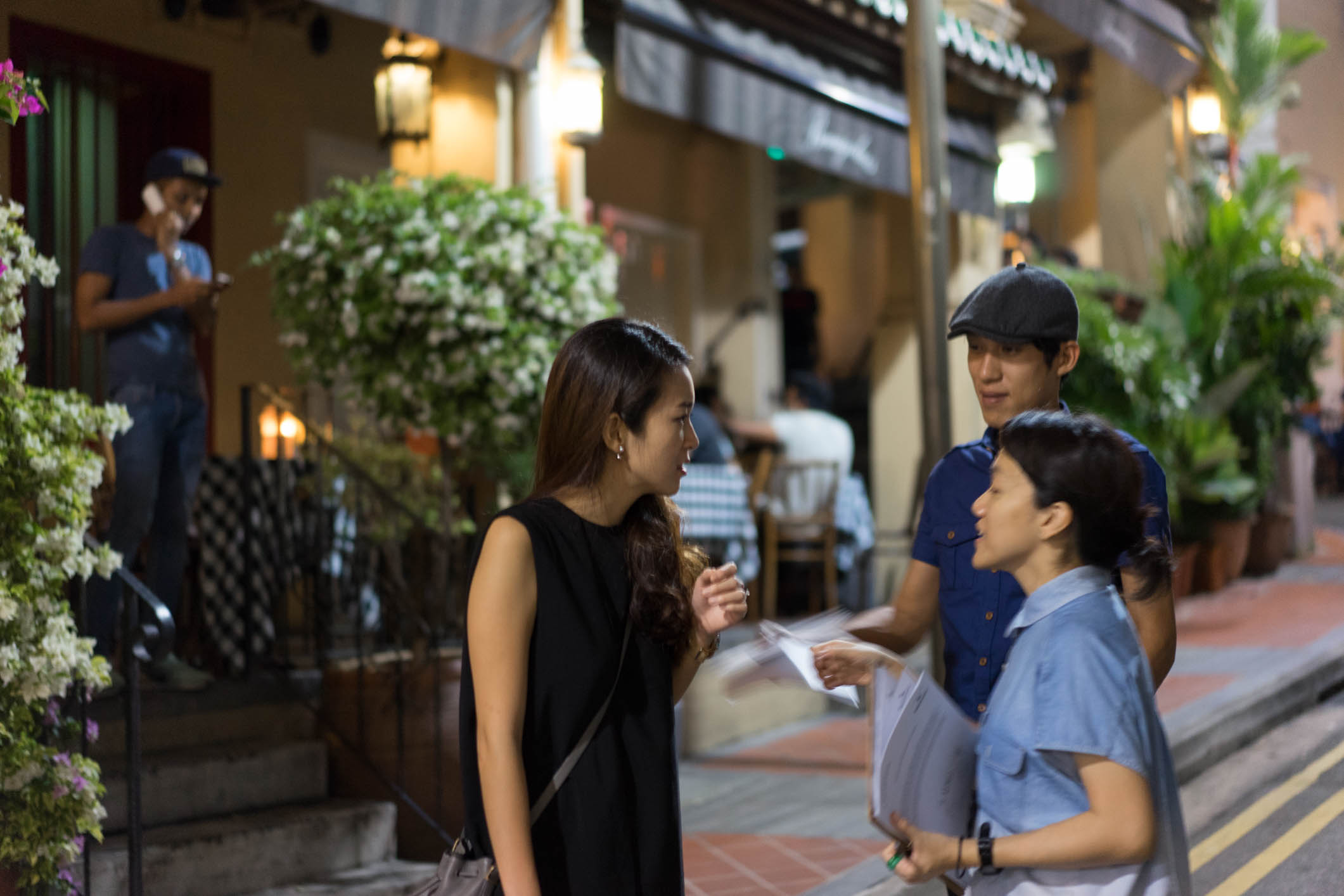 It was getting quite late when we spotted our final candidate, Jennifer, leaving Club Street and heading somewhere else to continue her night, though we could be sure that she wasn’t going to go overboard — Jennifer shared that she usually heads out early on weekends for yoga or a run. 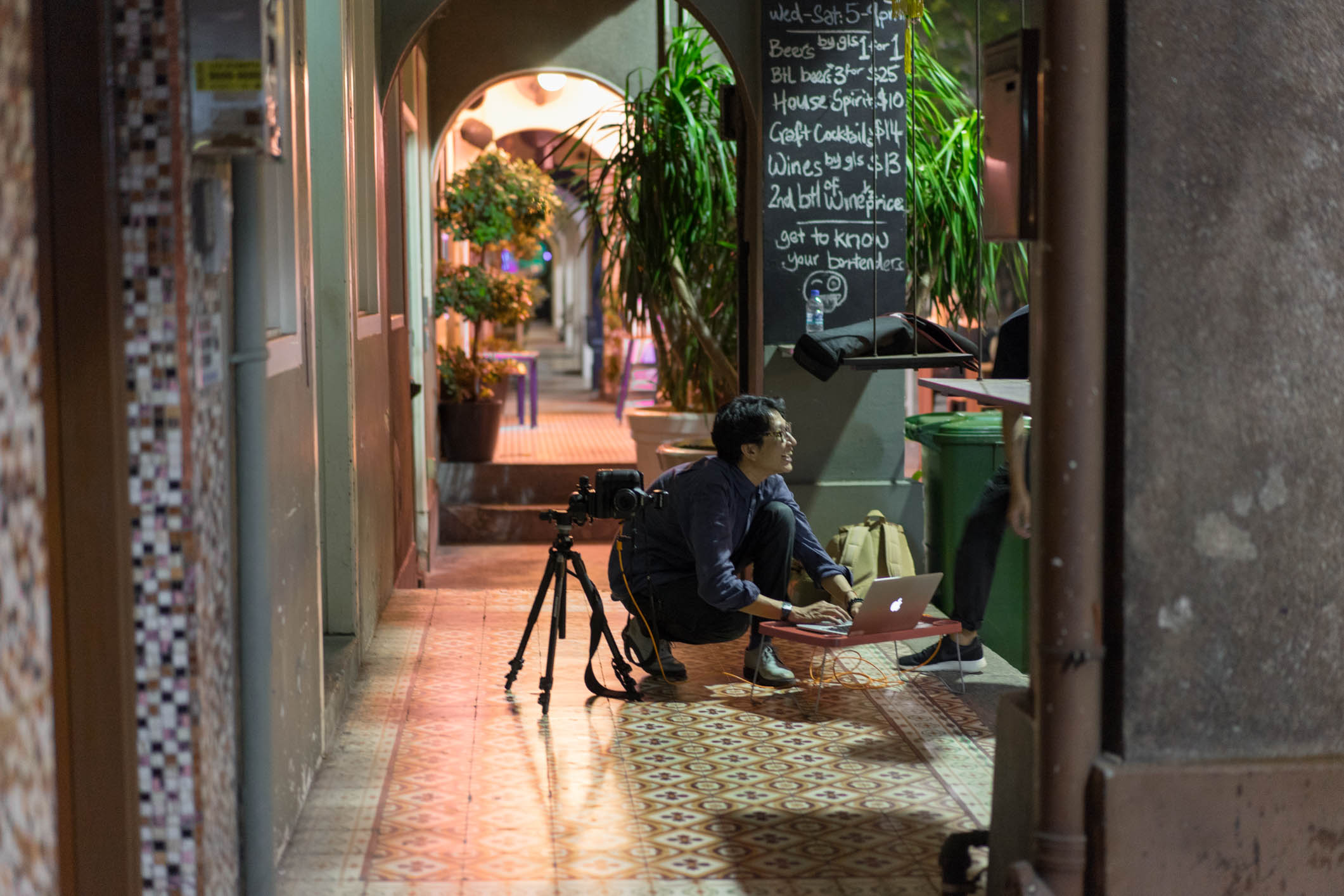 The end of our second night rounded up our #ModerateDrinkersCampaign, and opened our eyes to a side of the CBD and Chinatown that we had never fully experienced before. It was also interesting to hear, from each of our candidates, why they personally believed in drinking moderately, and we learned several tips to make sure we could last through the night as well. While the underlying message of the campaign is no laughing matter, we all had fun on set, and we hope that this series has shown that you don’t need to lose control to enjoy yourself on a night out. 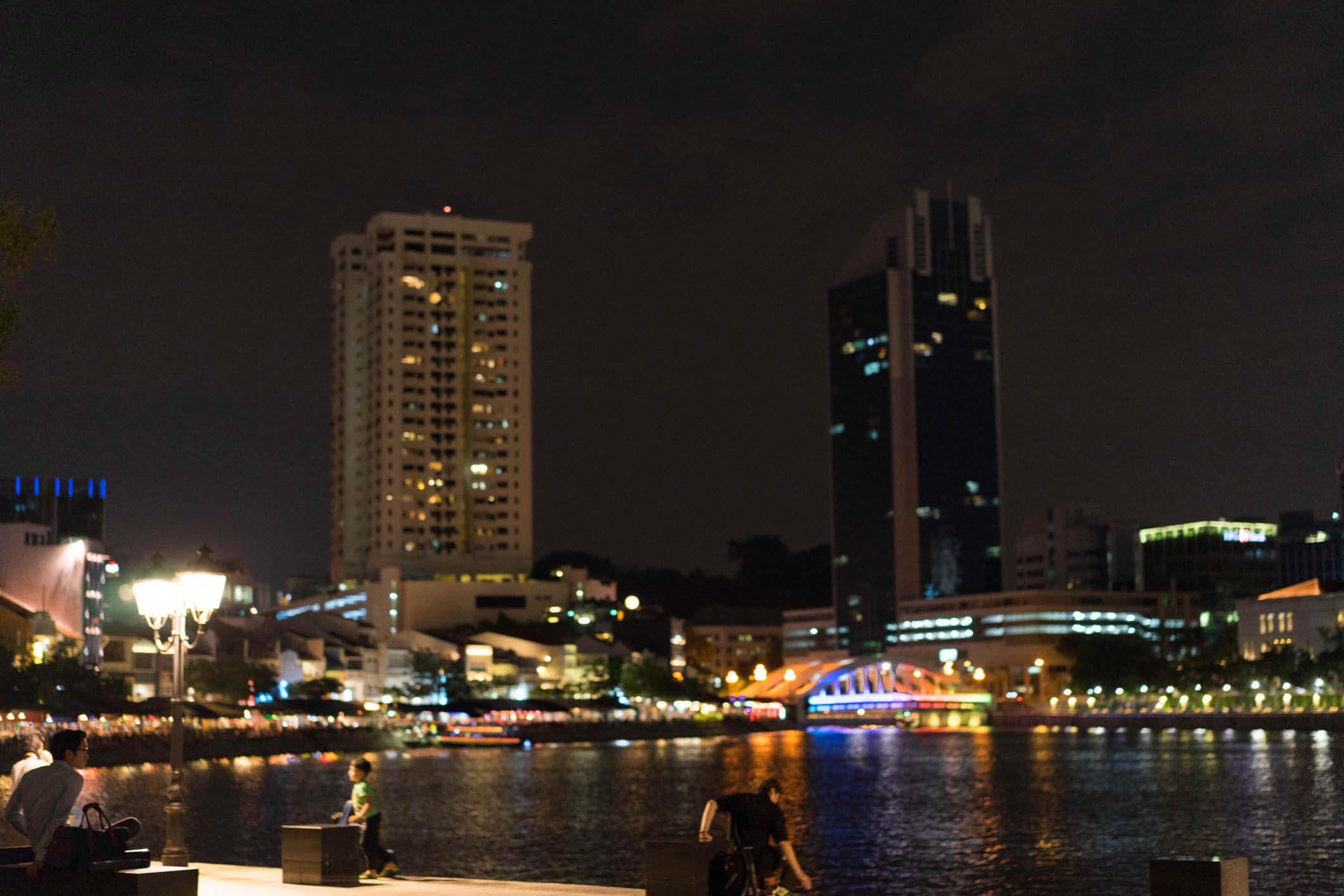 We’d like to say thank you to all the 10 candidates who participated in this campaign; it was our pleasure to bump into you, keep doing what you’re doing!

Also, a special shout-out and thank you to the security guard who closed one eye and kindly gave us the ten minutes we needed to get Pearlyn’s shot done. You made our day.

This is a Shentonista project for Heineken Singapore. See all posts from the campaign here.

Want to win a year’s worth of complimentary taxi rides, courtesy of Heineken? Simply post a photo of yourself on a good night  out  on  Instagram,  and  share  how  you’d  drink  moderately,  your  way.  Tag  #ModerateDrinkersWanted and #HeinekenSG on your post to stand a chance to win. Contest runs from 6 April to 25 May 2016.