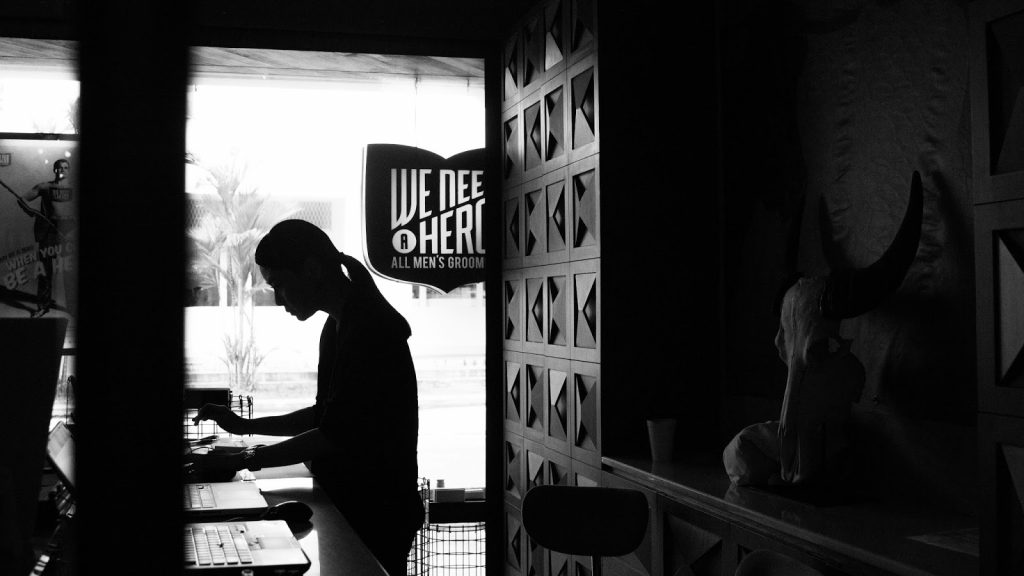 For Day 2 of our WNAH x SHENTONISTA Everyday Heroes shoot, we invited Htung Aung, Shuk, Rooban, Mr. Taro, and Jia Ming over to the We Need A Hero store in Tiong Bahru for a complete makeover. Under the skilful hands of the in-store barbers, the men had an image overhaul. After their hairstyles were updated, and they were neatly groomed, we dressed them up in their outfits from Fred Perry and got down to business. 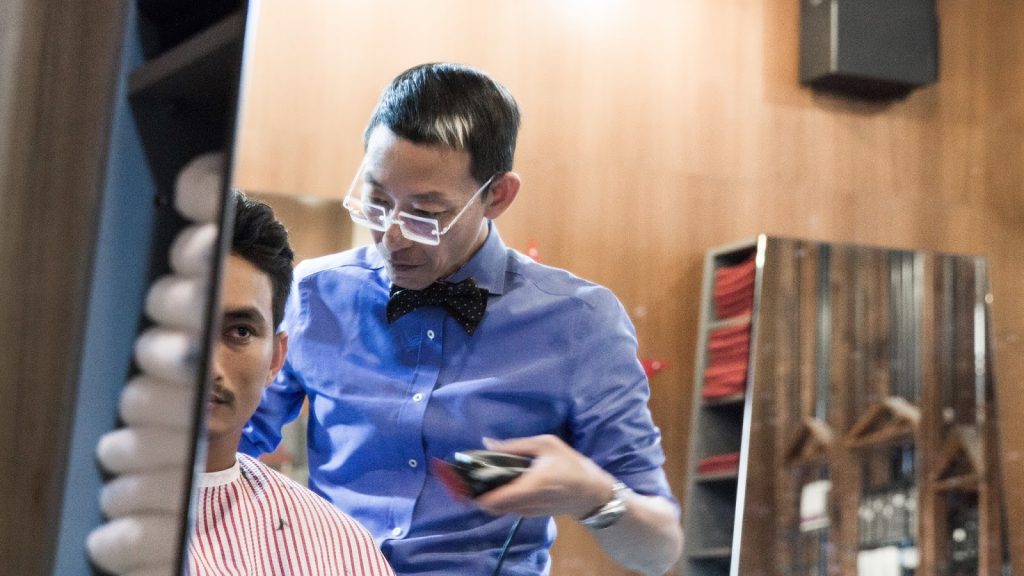 We started Day 2 with Jia Ming, who, in the good hands of We Need A Hero’s Chief Barber Quester, had a major transformation. Hair tidily parted and eyebrows neatened, and decked in a collegiate-cool look, the change was remarkable. He quietly bore with the glaring, mid-morning sun, even though we were sure he must have been warm under the thick jacket he had on. 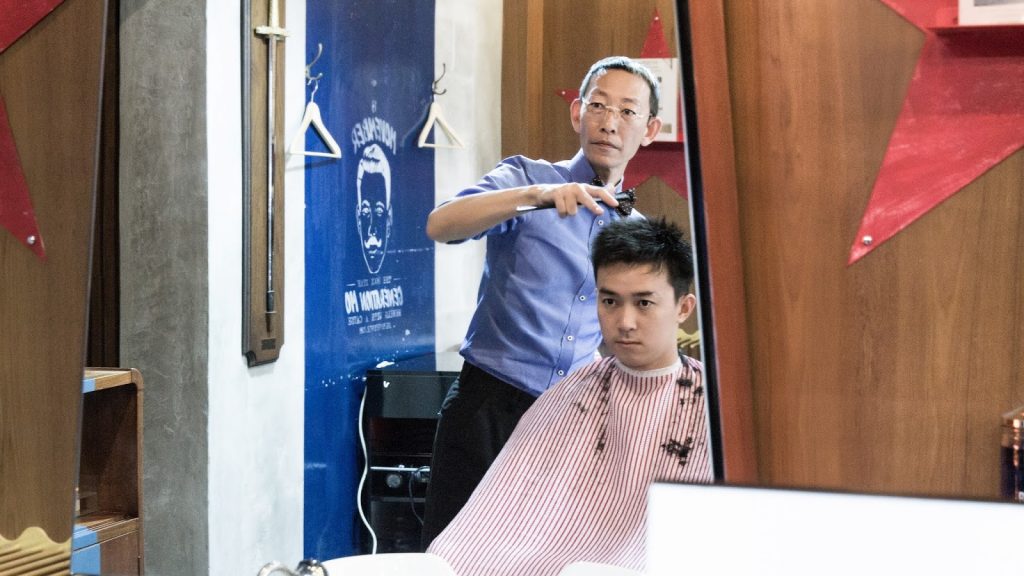 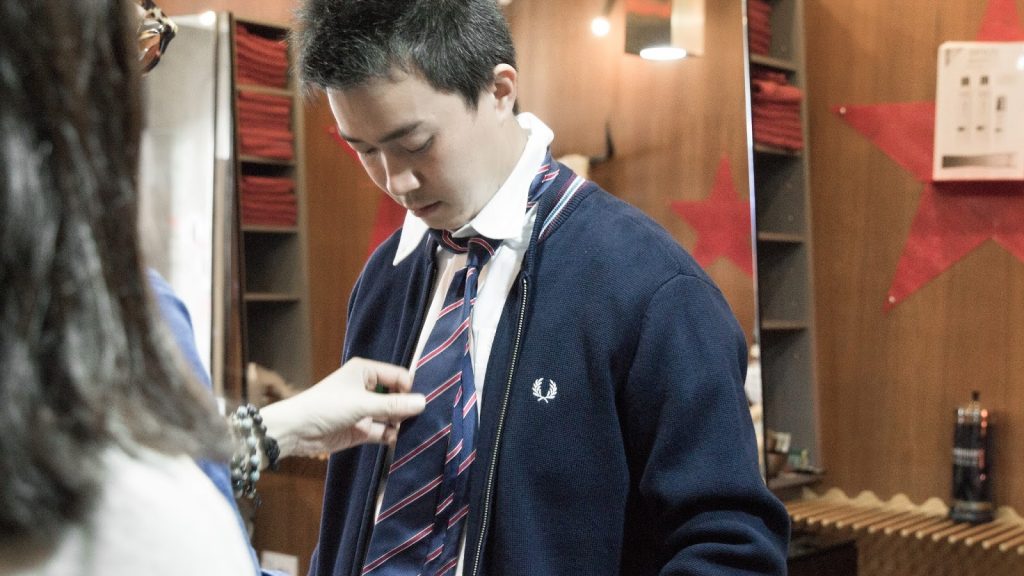 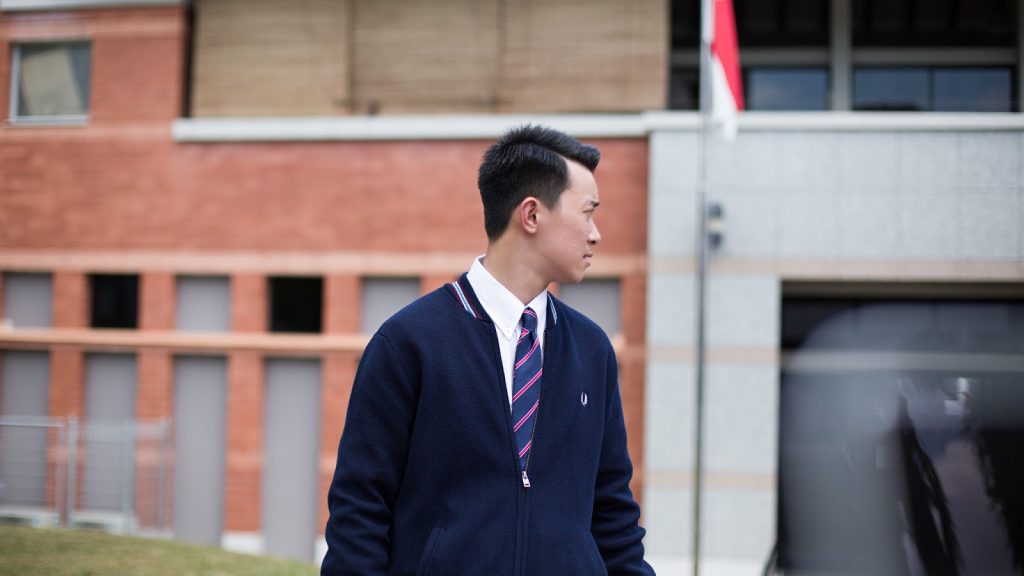 Next up was Mr. Yamaguchi Taro, who informed us that he had been growing his hair out just for the makeover. We took inspiration from the controlled chaos of David Lynch’s famous hair, and Quester gave him a little artful coif that showed off the elderly gentleman’s sprightly attitude. The Japanese-inspired outfit paid homage to Mr. Taro’s roots, while his now-signature pipe made a reappearance for his photo. 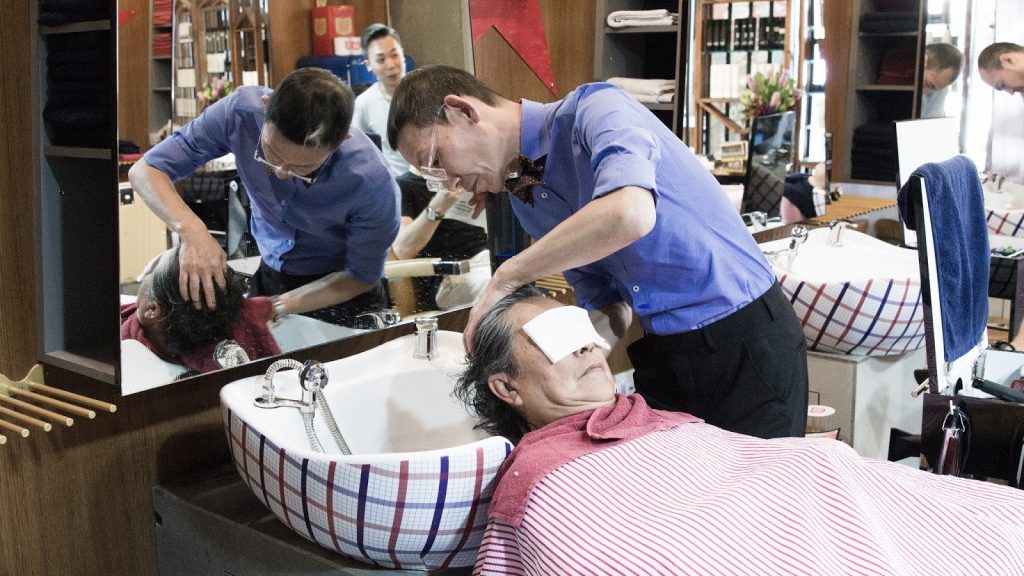 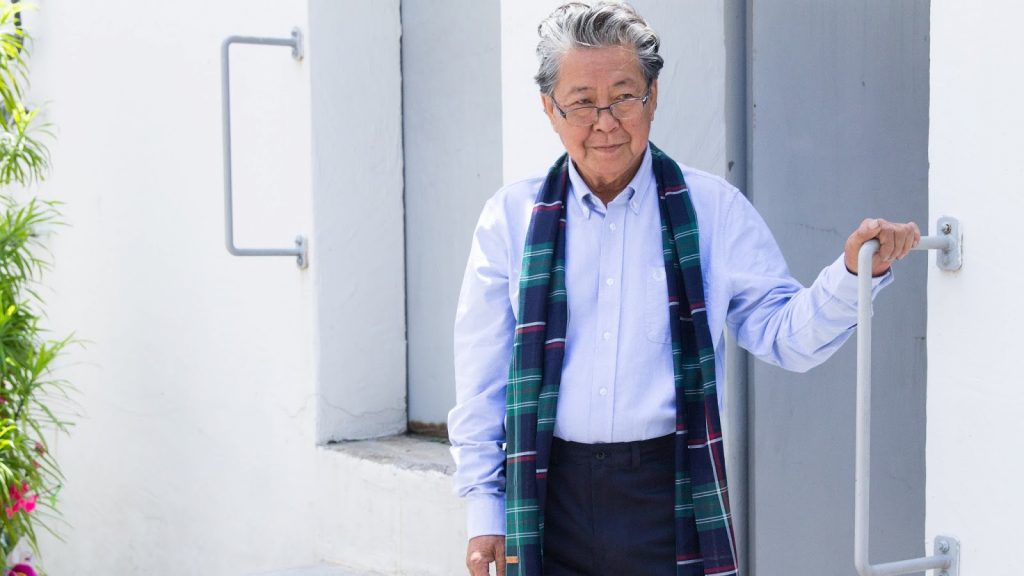 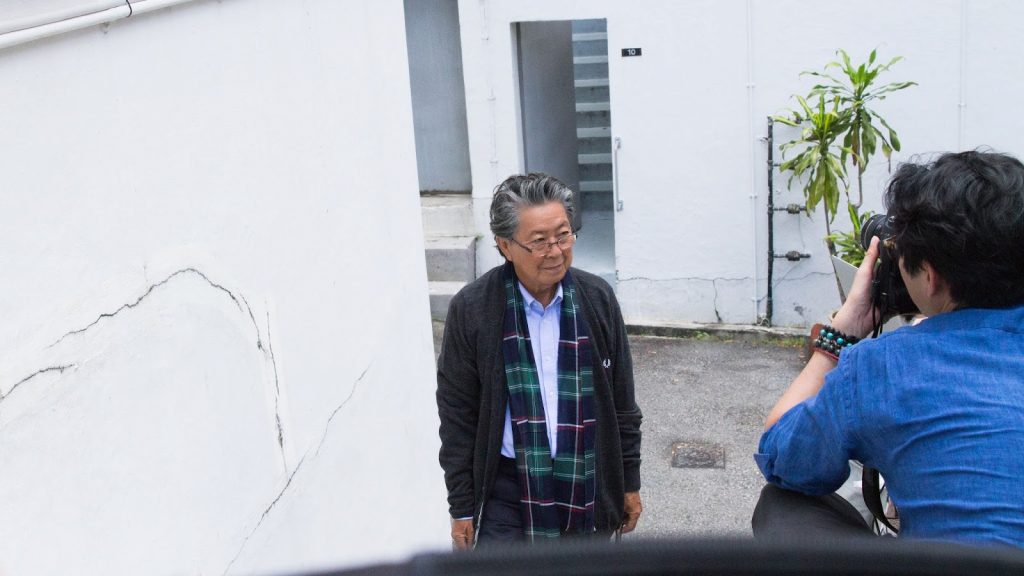 It was then Rooban’s turn for his makeover. We Need A Hero tidied up his striking brows, before Quester gave his hair a bit more colour and fashioned it into a voluminous quiff that was still intentionally a bit rough around the edges. In contrast to the usual, no-nonsense, full-black outfit that Rooban usually wears while he’s at work in the stall, we gave him a bit more colour in a street-meets-prep ensemble. 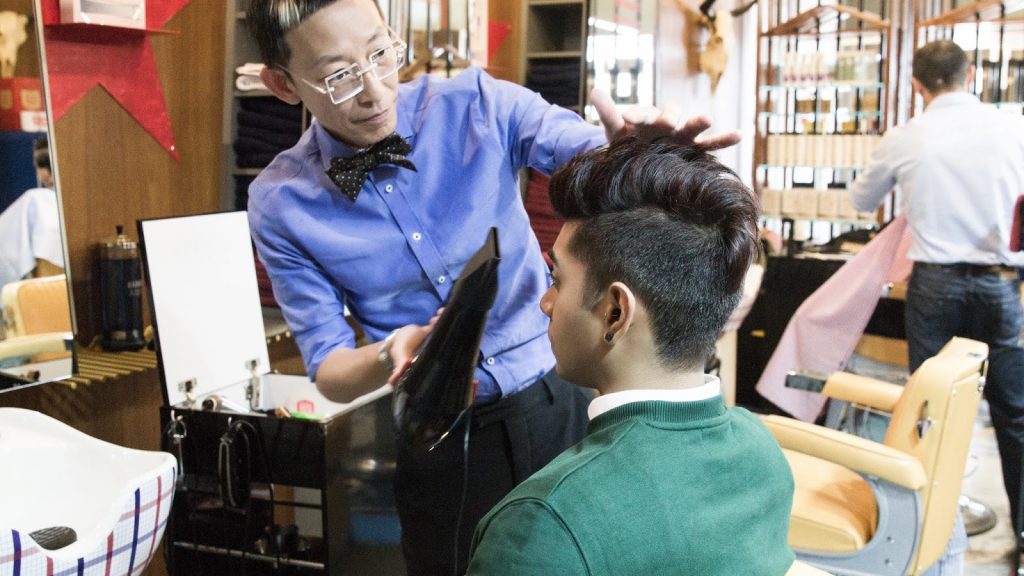 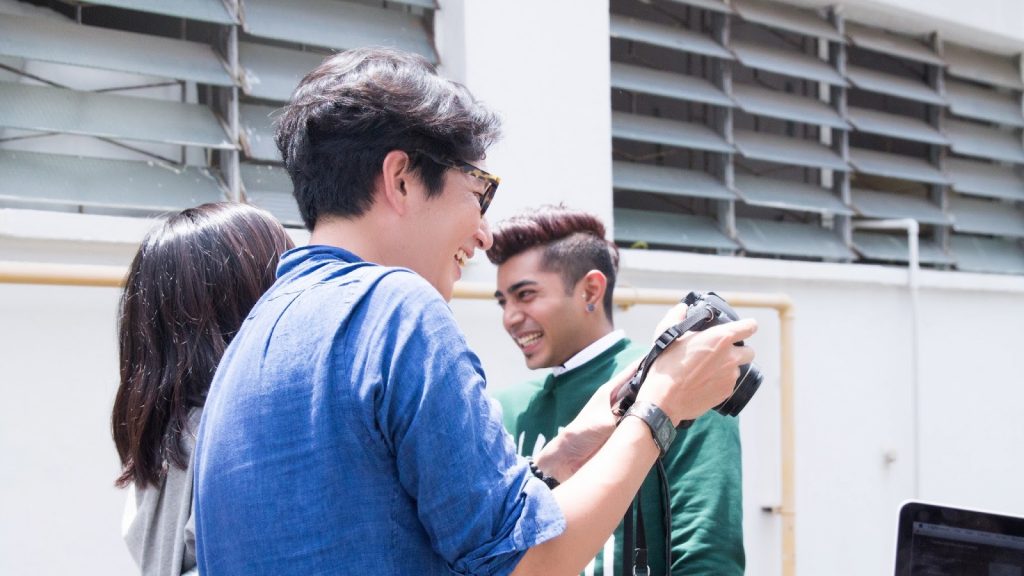 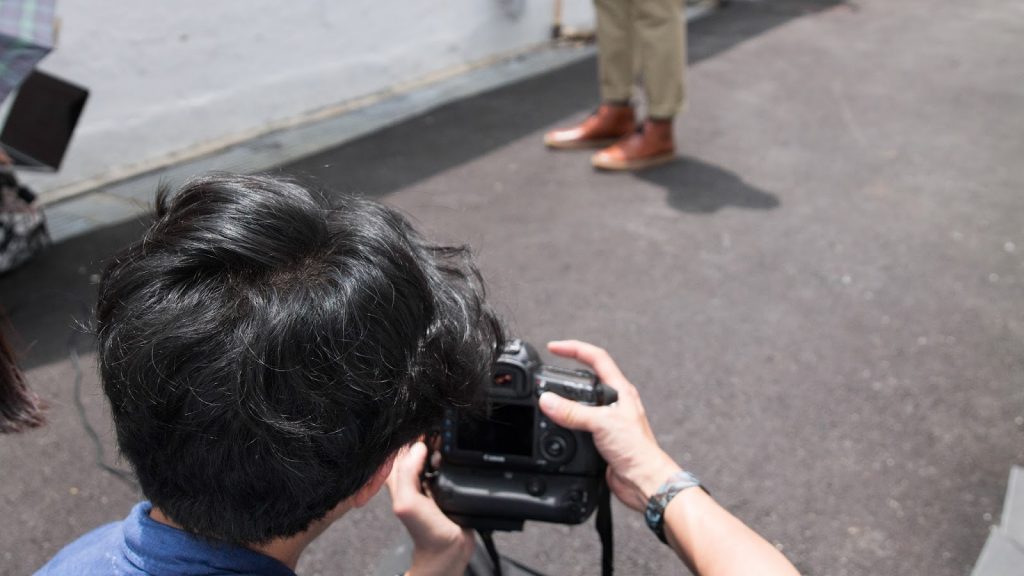 To us, Htung Aung was the man who underwent the biggest change. His hair was tamed, tidied and sleekly parted with Quester’s help, and he pulled off his dapper look with panache, a far cry from his usual hardy, mud-caked boots and rugged jeans. He also seemed much more comfortable in front of the camera this time round, making little adjustments to his limbs to get the perfect photo. 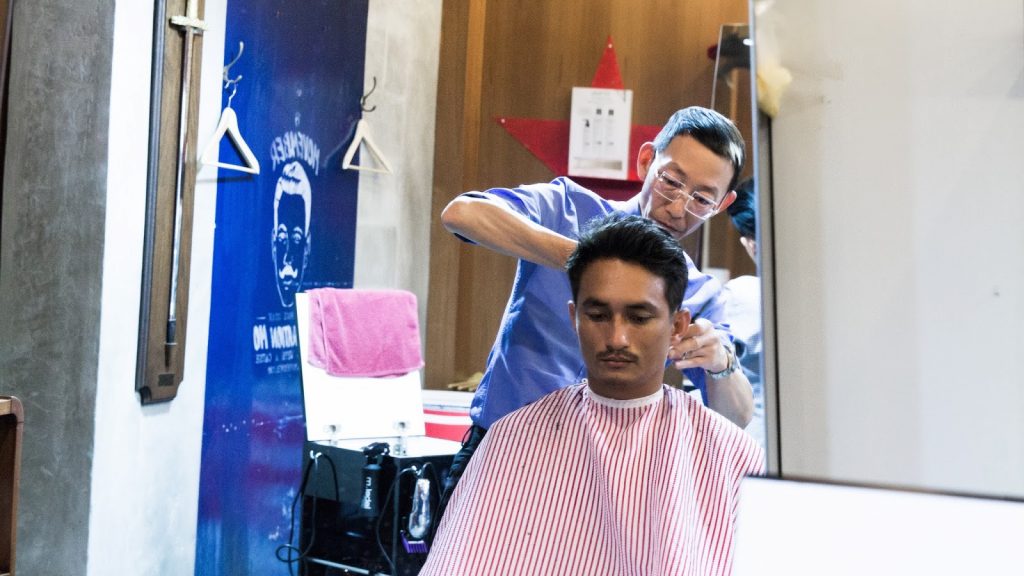 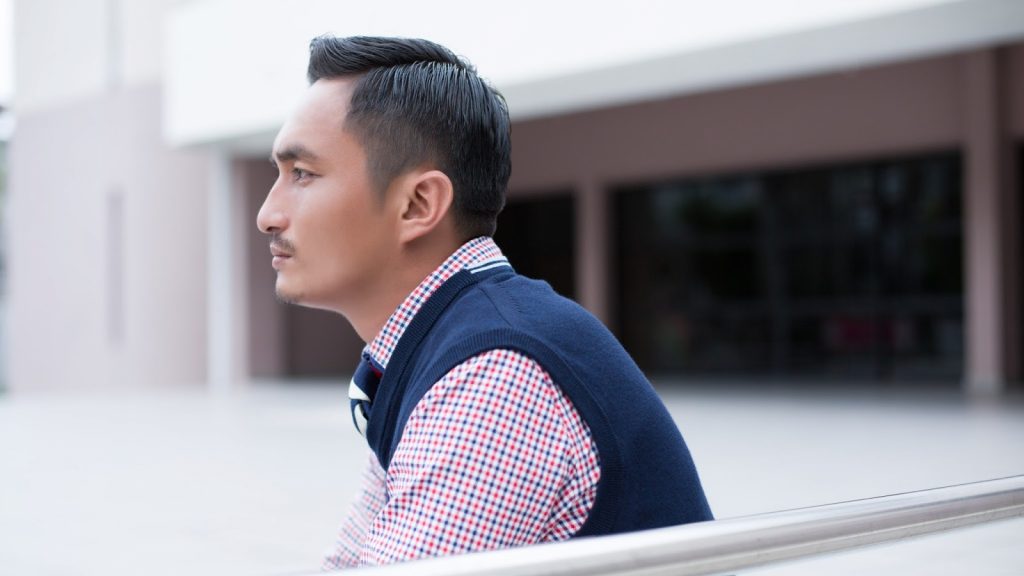 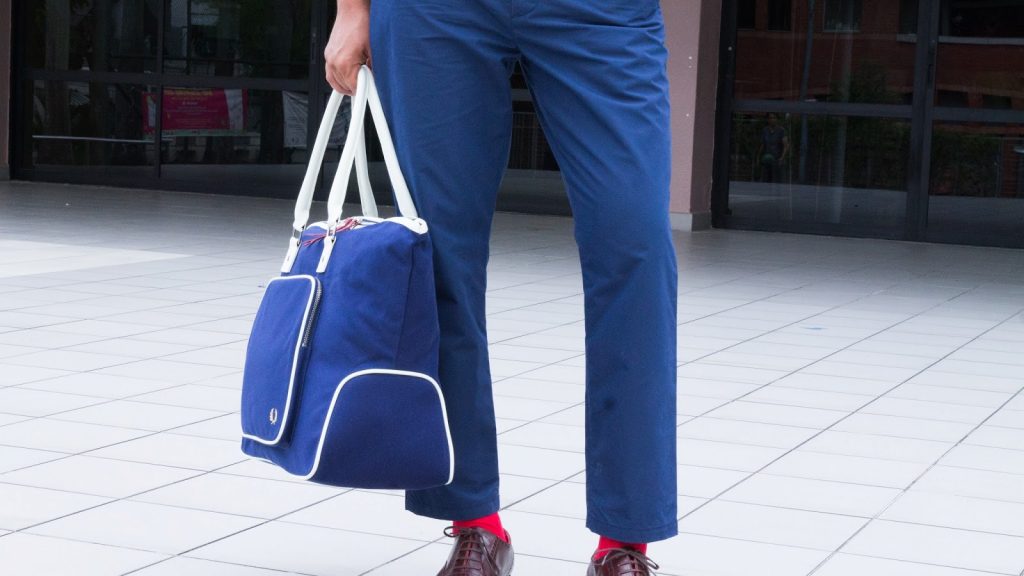 Finally, it was Shuk’s turn. His boy-next-door looks were amped up with a simple trim on the sides of his hair, and by cleaning up his fringe. His megawatt smile did the rest of the talking, complemented by a crisp white shirt and a sporty, urban look. For the aspiring actor, the shoot seemed to be a great time to practice. 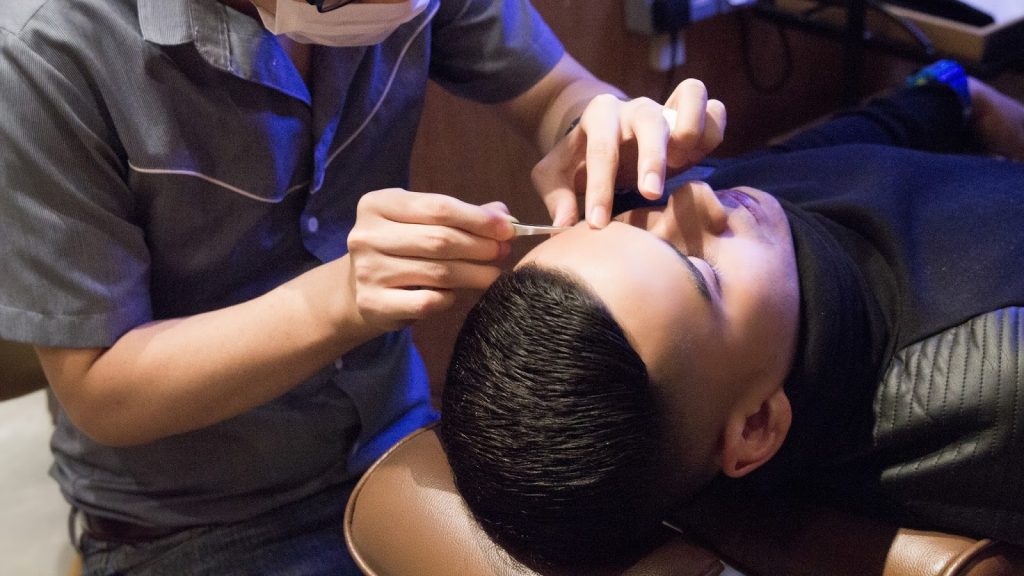 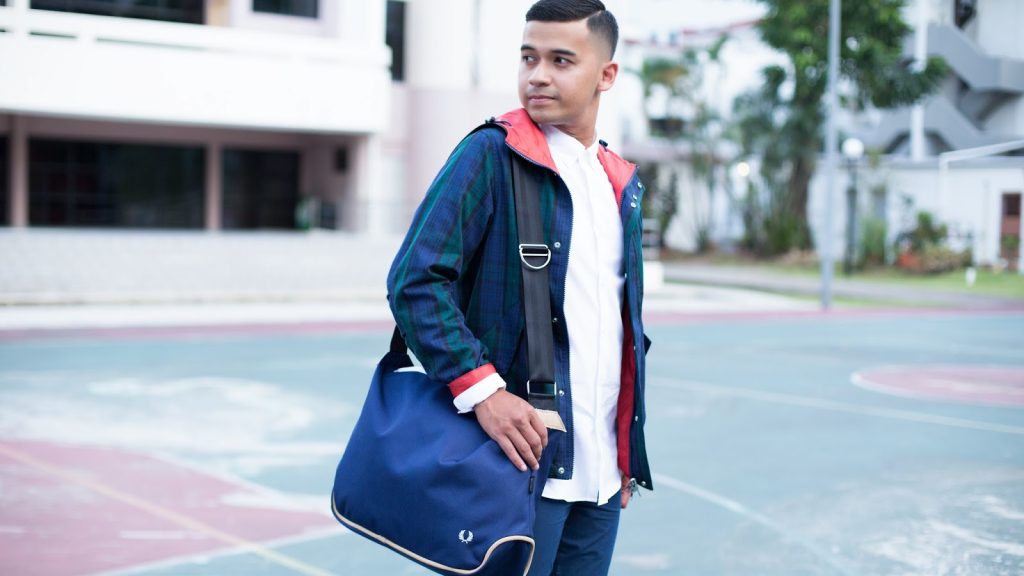 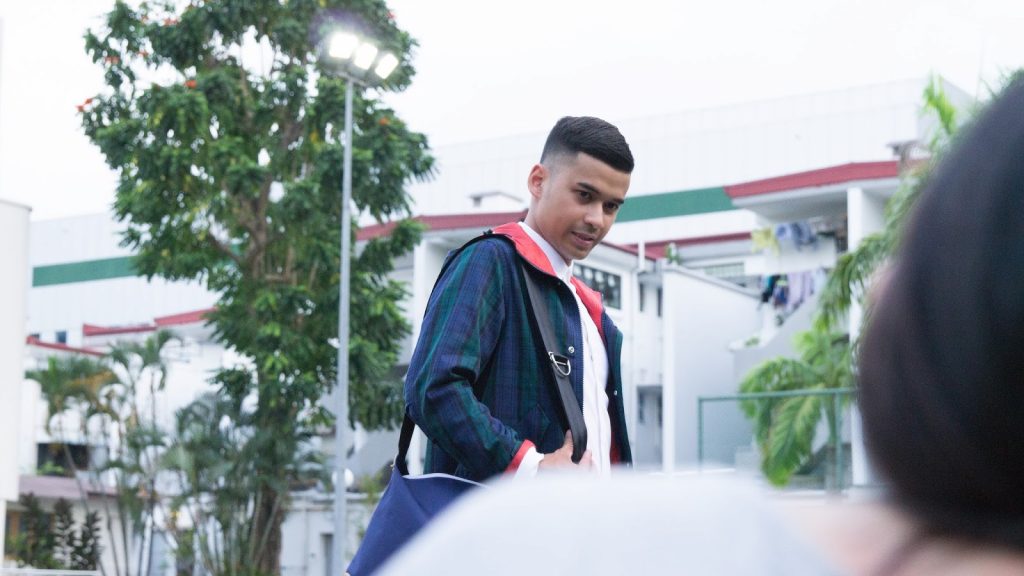 It was our privilege to work with these men — some of them true masters of their craft, and whose hopes and dreams have equally inspired and touched us. The transformative process was merely one small part of a greater desire to give these men a voice and to allow them to feel appreciated, even if it was for just a few short days. It was our simple way of thanking them for what they do, because not everyone can do it, and we’re glad that it is these men who have chosen to take up the task.

To view all posts from the campaign, visit here.

This is a Shentonista project for We Need A Hero, supported by Fred Perry.

To find out more about We Need A Hero, visit their site here, and their Facebook page here.

For more information about Fred Perry, visit their site here, and their Facebook page here.