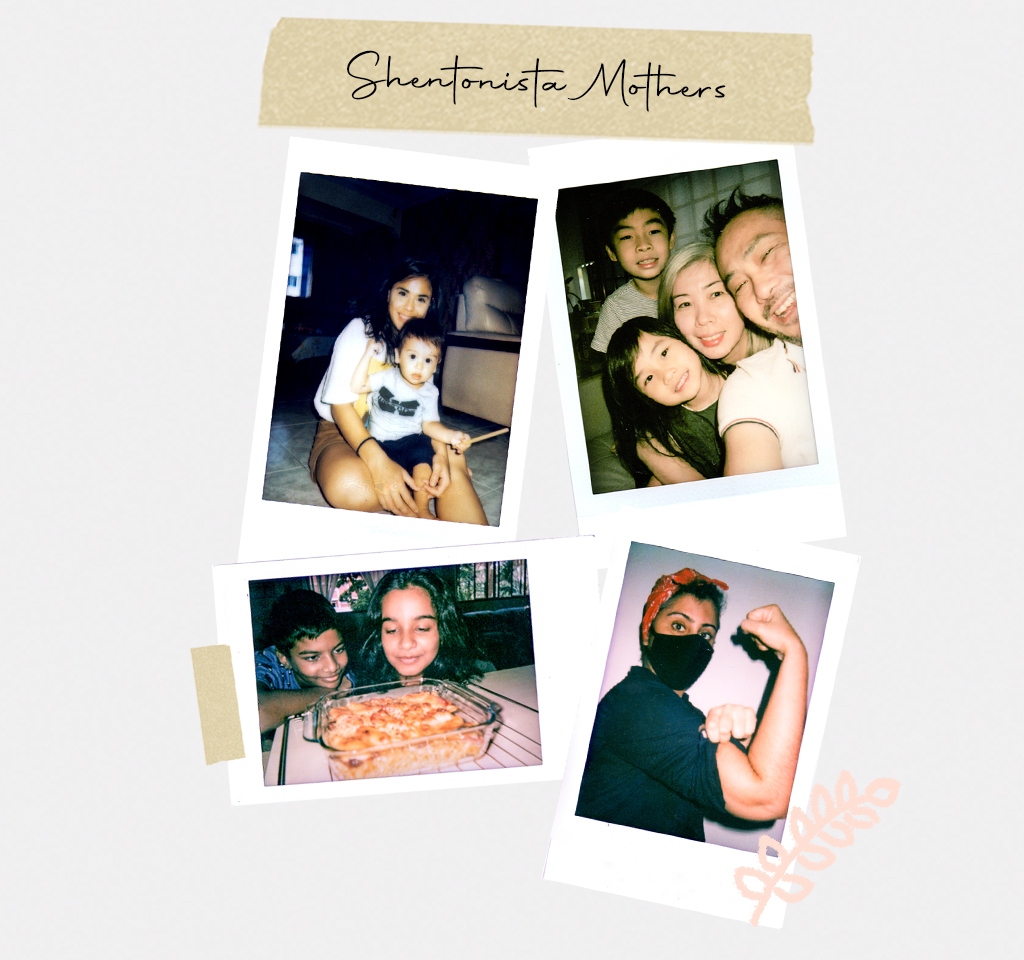 Over the past week, we’ve shared some glimpses into the lives of three mothers—armed with an Instax camera, they each took snapshots of the different moments that make up their days. From the struggle of wrestling with home-based learning, to the trials and tribulations of working from home with a kid in tow, our three mothers—Grace, Lisa and Sherlin—documented their own stories through a series of pictures that was then pieced together to show a slice of their lives.

Today, on Mother’s Day, we’re learning more about our Shentonista Mothers from a new perspective—through the eyes of their children and loved ones. Read on to learn some secrets about our mothers, shared by the people who love them the most. 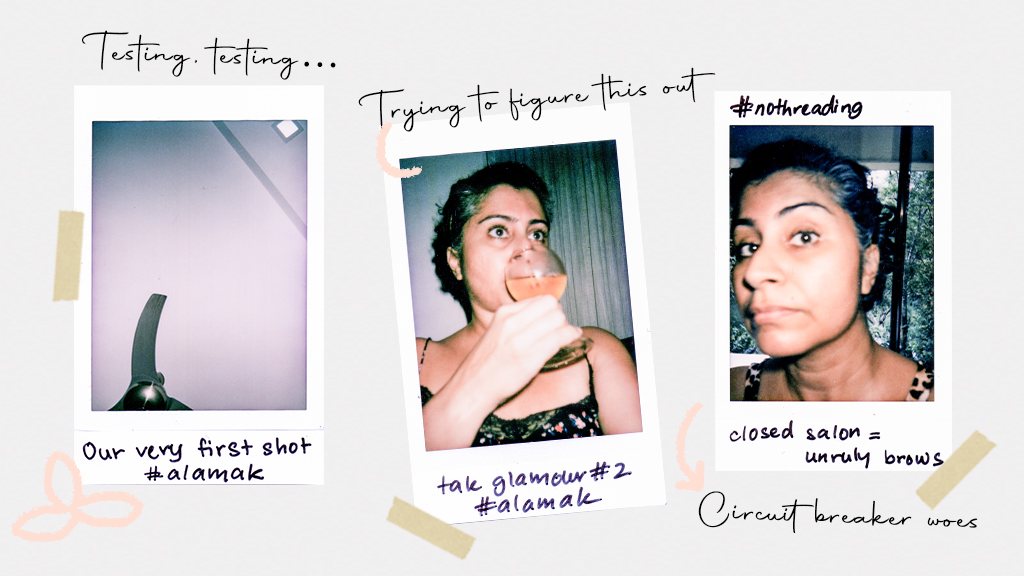 Sherlin’s two kids—14-year old Samara and 11-year old Shiraz—may seem like they have vastly different personalities, but something they share in common: being subjected to Sherlin’s gentle nagging, and their undeniable love and respect for their mother.

What’s something your mother says a lot to both of you?
Samara: “CLEAN YOUR ROOM!” That’s definitely something I hear from her almost every single day. You would think I’d start to keep my room clean so that she wouldn’t nag. Nope. These are the subtle ways my mother and I annoy each other. I promise I love her though.
Shiraz: “Go clear the garbage.”

How do you think your mother shows you that she loves you?
Samara: She listens to me. It might seem like a simple thing to do but when your daughter is born in the year of the rooster and hasn’t stopped talking since she learned how to, listening can be a chore. I love having long conversations with my mother and she’s one of my favourite people to talk to.
Shiraz: Buys or makes us awesome food, and hugs us.

What do you think is something your mother is really good at?
Samra: Cooking! She hates cooking, but I think she’s really good at it and she should give herself more credit. She’s also really good at bringing people together. My dad and my mum were an absolute power couple and they were the glue that held our gigantic family (from both sides!) together. My mum continues to do that with our immediate family and friends. She makes people happy.
Shiraz: Cleaning and innovating stuff (like making a new night light by combining a stool and a lamp).

If your mother was a character from your favourite show, who would she be?
Samara: I binged watched four seasons of Money Heist in less than a week and my mother reminds me of Tokyo. Tokyo is very stern and she makes decisions very quickly. Some people might say she is a little hotheaded. However, she has her soft side too. She’s shows her love to her friends in subtle ways and she’s a really awesome friend because of her kind heart and outgoing personality. My mother’s like that. She loves you but she doesn’t always show it.
Shiraz: Monica from Friends (because they’re both good at cleaning)

What’s something you’d like to tell your mother for Mother’s Day?
Samara: She’s my hero. I fight with her more than anyone else but I love her with all my heart. She’s one of the coolest people I know and she’s one hell of a woman. I look up to her and I’m so honoured to be her daughter.
Shiraz: That she is an awesome mom. 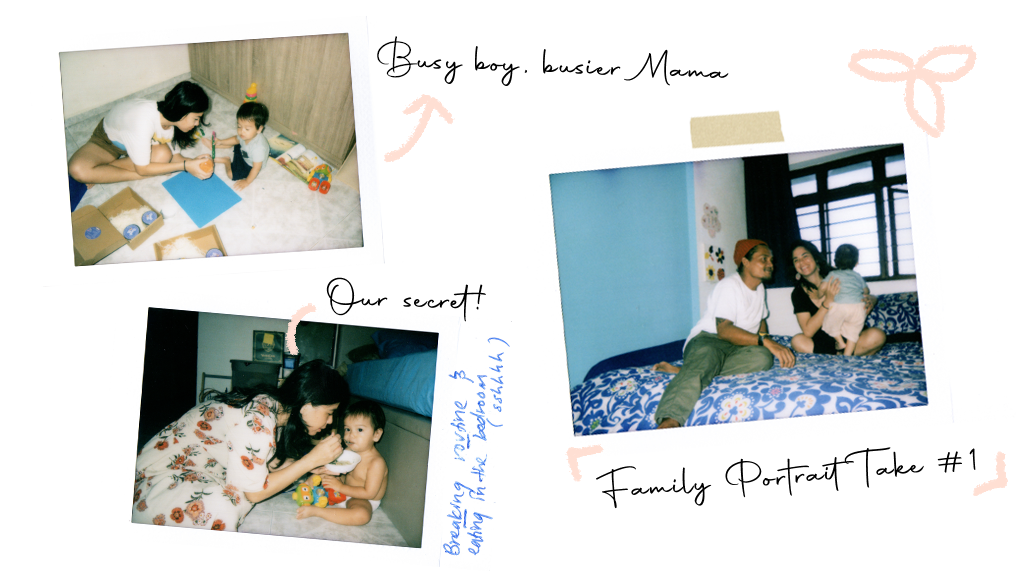 While Lisa and her one-and-a-half-year old son Dhuha share a special bond, we sought a little help from Adlan, her husband, to share some secrets on behalf of their son.

What’s something Lisa says a lot to Dhuha?
She will say “Dhuha breathe, Dhuha breathe…” to make sure he stays calm.

How would you describe her as a parent?
Lovely and sexy mother, with lots of joy and patience!

The biggest difference when Lisa is in Mom mode and when she’s in Work mode is:
There’s no difference, because she gives equal importance to both.

If Dhuha had just one complaint about his Mama, what would it be?
Stop being so strict about watching my favourite show.

What do you think is something Lisa is great at, as a parent?
Lisa is marvellous at making both of us laugh. 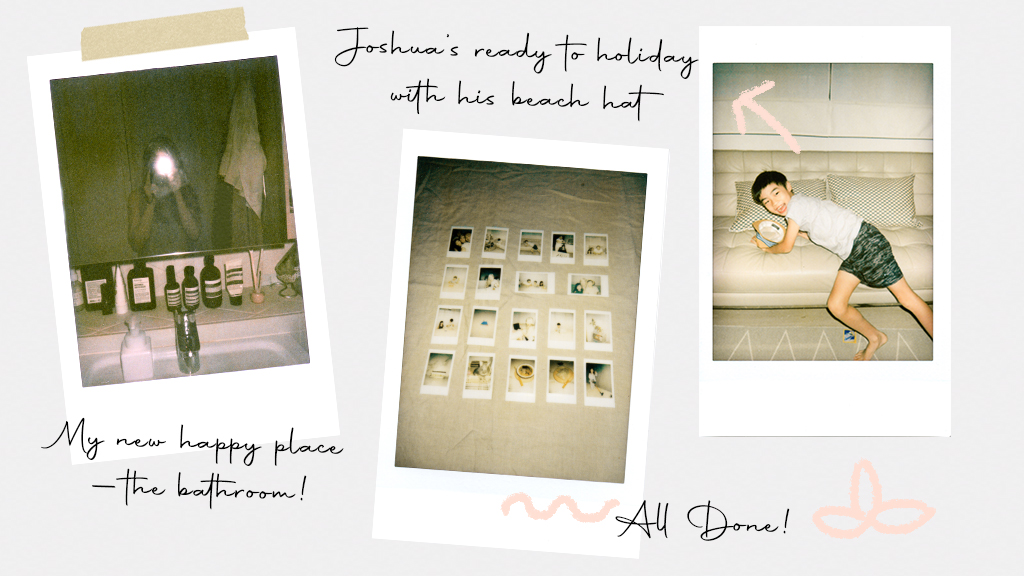 In her feature, Grace shared a little about how her two children—eight-year old Joshua and five-year old Faith—show their affection openly through unique ways, whether it’s handwritten letters or verbal expressions of love. A hint of this comes through in their answers to the questions we asked.

What’s something your mother says a lot to both of you?
Joshua: “I love you”
Faith: “Mama loves you”

How do you think your mother shows you that she loves you?
Joshua: By hugging me, kissing me, and sayang-ing me
Faith: She always hugs me!

What do you think is something your mother is really good at?
Joshua: Cooking.
Faith: Designing.

If your mother was a character from your favourite show, who would she be?
Joshua & Faith: Elsa from Frozen II—because Elsa’s hairstyle changed in Frozen II and it looks more like Mama’s hair.

What’s something you’d like to tell your mother for Mother’s Day?
Joshua: I love you!
Faith: Love Mama. 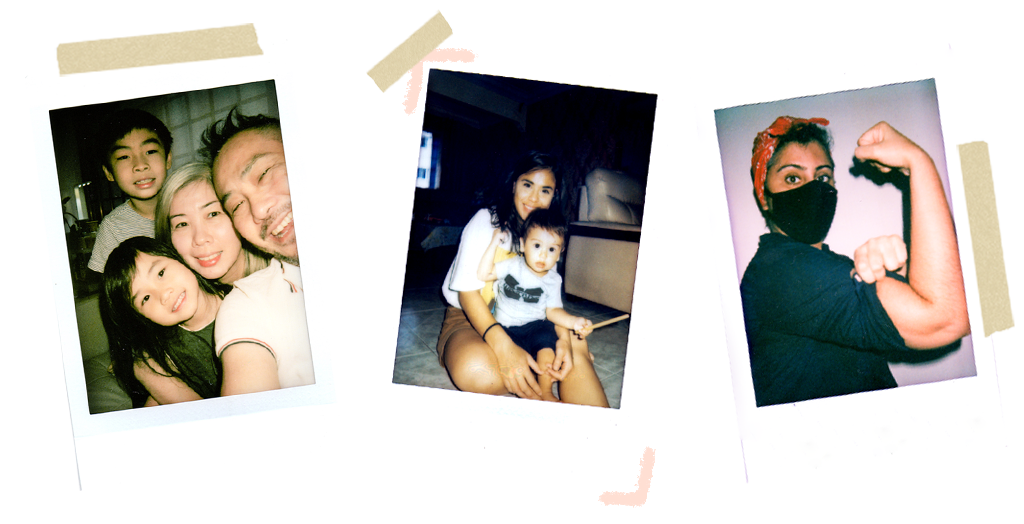