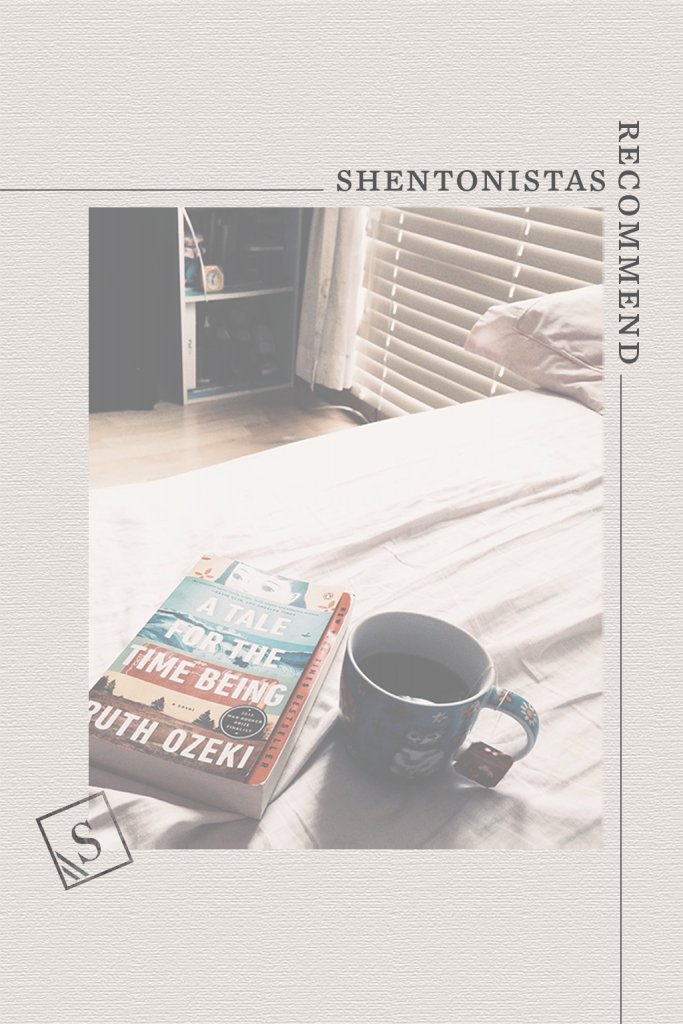 While most of us have been cooped up at home over the past few months, some of us managed to travel the world—across a page. The unforeseen amount of time given back to us—no more need to commute to work, no more long lunch meetings—and perhaps one too many Netflix binges have led us to pick out a dusty, well-thumbed book off our shelves, or discover a new novel that fed us in ways that no form of social media could. As these Shentonistas know, there’s no feeling that can replace the one you get after wandering through a wonderful world built from words, and emerging hours later, pleasantly bewildered, wondering what the time is. We asked them to recommend us some of their favourite books—ones that left them with a thought to mull upon or a lingering smile on their faces. 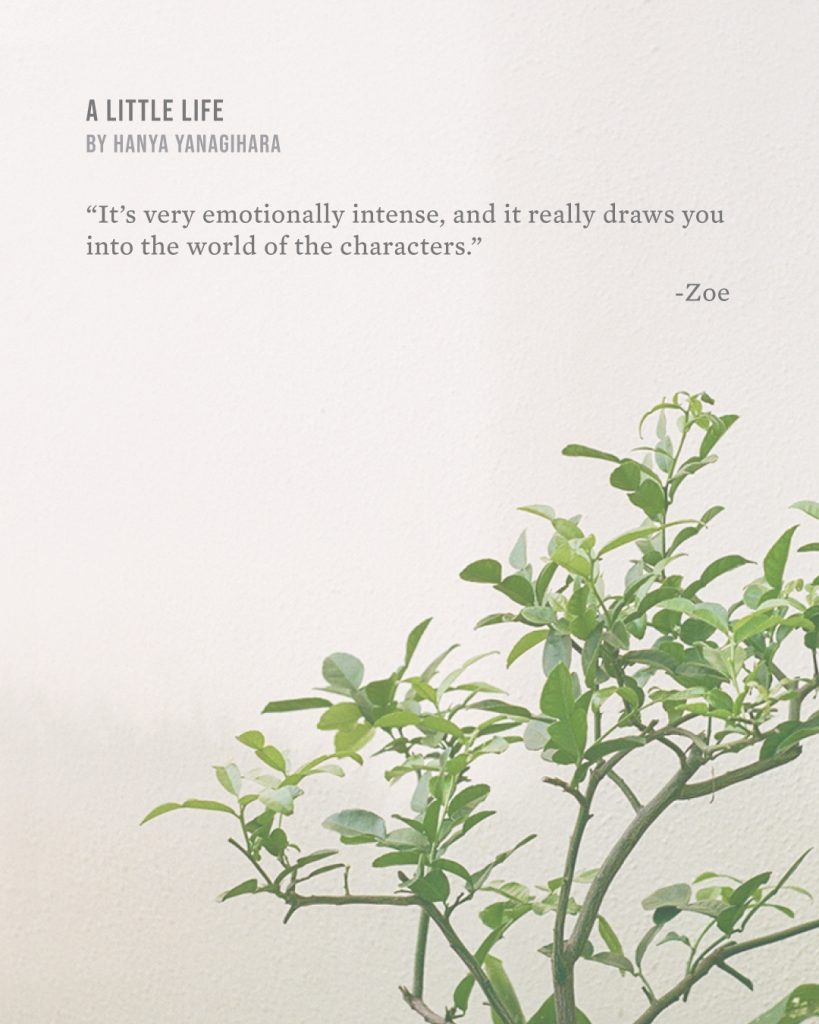 “But what was happiness but an extravagance, an impossible state to maintain, partly because it was so difficult to articulate?”

This is a story of four friends who seem to have cracked the code of success—friends since college, the motley gang of boys grow up to pursue a future that most will deeply envy. Yet, once the book lures you in enough to ensure that you’re now comfortably seated and familiar with the strangers-turned-friends, author Yanagihara upturns the entire story to throw you off your seat. Graphic and uncomfortably explicit in some parts, the book forces you to confront the gritty and often terrifying reality that many of us keep desperately hidden. This book is not for those who are faint-hearted: in their review, the New York Times says the book will “drive you mad, consume you, and take over your life.” We recommend a nightcap and a friend on speed dial to get you through this book. 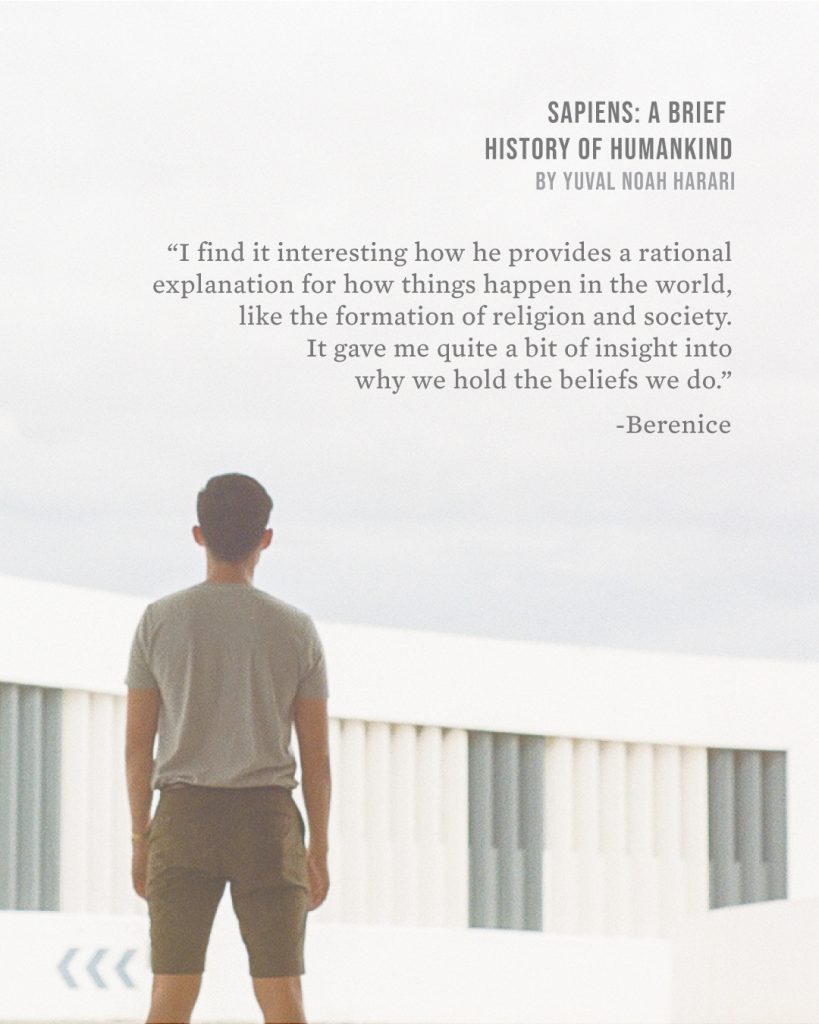 “History is something that very few people have been doing while everyone else was ploughing fields and carrying water buckets.”

When told that Sapiens is a historical chronology of mankind, it’s instinctual to be put off by the thought of such a dense read. Yet Harari’s novel is anything but—derived from an undergraduate world history class he was teaching at the time, Harari’s book subverts the assumption that history can only be captured within complex sentences and says it like it is, in a manner that never overwhelms you. Described to be somewhere between Madonna and Steven Pinker on the scale of fame by his boyfriend, Harari has a string of best sellers under his belt, though none have come close to the popularity that Sapiens has reached with its 15-million strong international readership. We recommend cancelling all your weekend plans if you decide to start on the book, because this one’s going to be tough to put down. 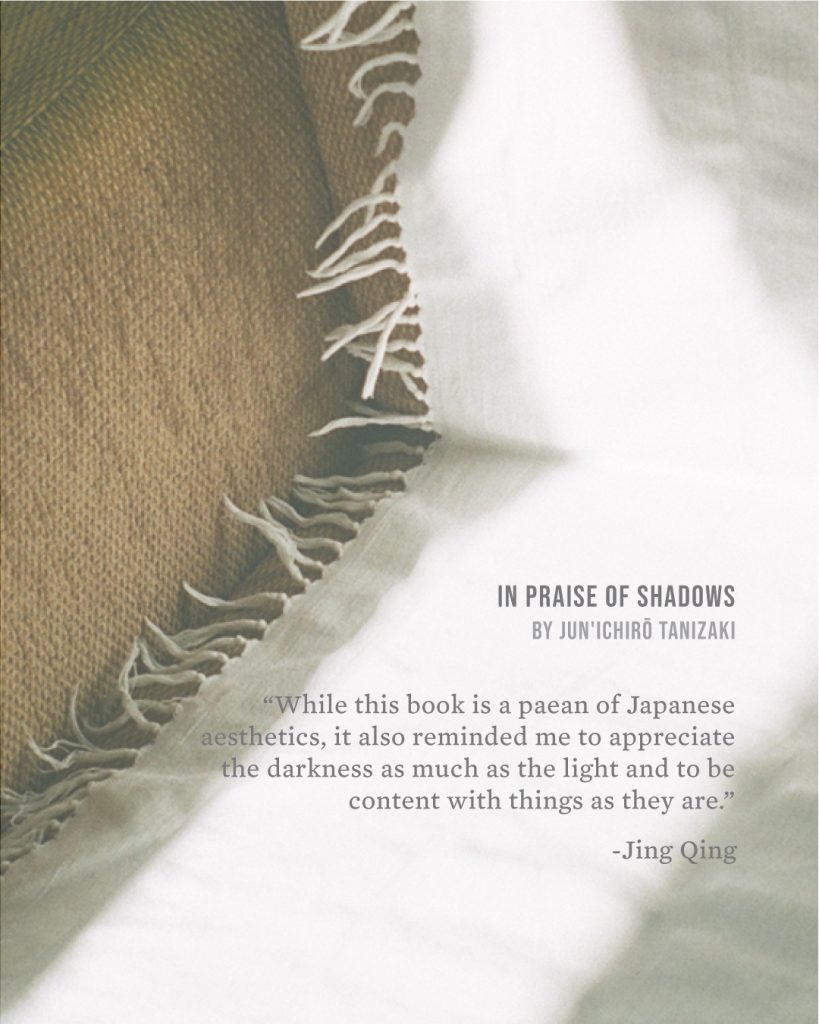 Both poetic and practical, this 1933 publication remains one of the hallmarks for designers till date. A slim book that definitely packs a punch, Tanizaki expounds upon the intricacies of Japanese culture, namely how light can only exist due to the presence of darkness. While a considerably exacting read despite engaging you on a fascinating journey, it’s one that reminds you of the importance of the yin and yang, and how their coexistence is necessary for art to flourish and prosper. Written at a time when modern conveniences were regarded with a wary eye, Tanizaki’s book is as much an appreciation of the simpler days as it is a personal struggle with the effects of technology. We recommend reading this by the light of a flickering, gently-scented candle. 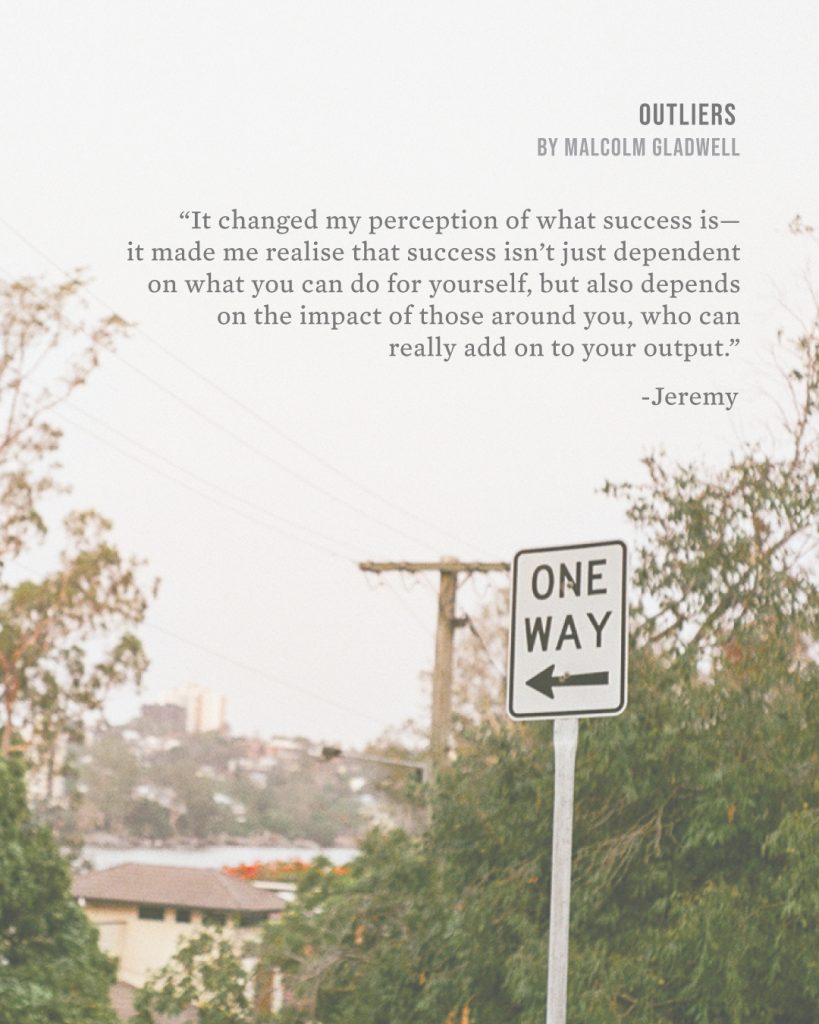 “It’s not how much money we make that ultimately makes us happy between nine and five. It’s whether or not our work fulfils us.”

Why are Asians assumed to be good at math, and what made the Beatles the greatest rock band? These are just two of the questions that Gladwell tackles in his book, which terms these exceptional success stories as outliers. While rather heavy in examples taken from the American continent, Gladwell’s book is a meandering meditation of his own intellectual musings, as he takes on a stunningly wide range of outliers in different fields and expertise. Gladwell has been critiqued for cherry-picking his examples and skimming over the methodological process, but Outliers is nevertheless a worthy read for the inquisitive ones amongst us. We recommend reading this in the comfort of your bed, with your favourite soft toy, to soften the quarter-life crisis blow. 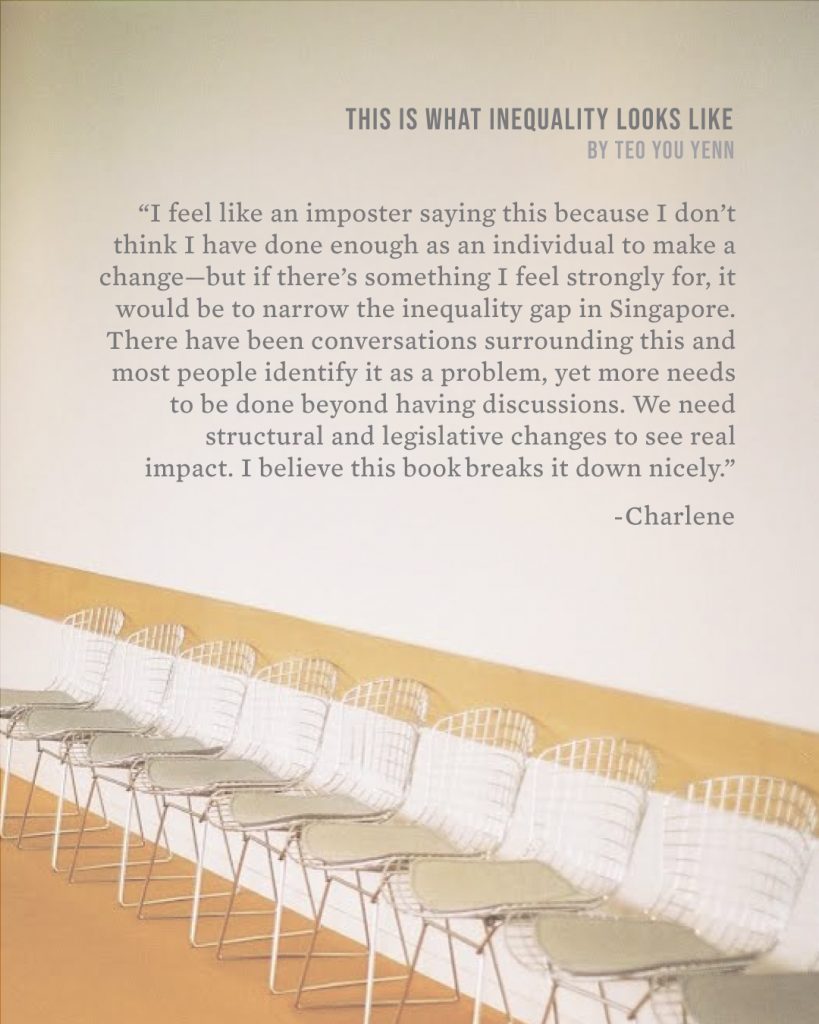 “It is disingenuous to claim that all tracks are good and all paths valued; if this were the case, and if Singaporeans actually believe this, tuition centers would be out of business.”

People who enjoy a position of privilege hardly recognise the pedestal they are on—this is the main message behind Teo’s book, which is an enlightening read that exposes all the gaps and crevices that Singaporeans have fallen through. A timely read this election season, it’s one that might help you understand your own stance on where you’d like the country to head in the future, and open your eyes to how the socially disadvantaged get through day-by-day. Teo’s book also made records as a novel by an academic that topped the bestseller charts in Singapore, and is widely cited and referred to by our local politicians. We recommend reading this in time before you vote, with a helpful list of manifesto summaries open on your desktop.