In the past year—stuck at home, with nowhere to go—many of us have indulged our ever-decreasing attention spans with the latest trends on TikTok and a vast myriad of TV shows and movies on digital streaming services. But now that we’ve felt our brains going a little numb from too much media consumption, we’re turning back towards the simple pleasures of flipping through a book. While a movie or series can bring a story to life, we think it’s more fun to use your own imagination once in a while, and grease those gears in your head. Whether you’re the type who’s a die-hard believer in hardcopy books, or swear that e-books have changed your life, we find it’s often a simple phrase or paragraph that makes us want to pause and ponder, breaking us away from our mundane routines. Below, we’ve compiled a list of books that have impacted our Shentonistas—ones that gave them cause for pause, or changed their outlook on life.

The Unbearable Lightness of Being by Milan Kundera 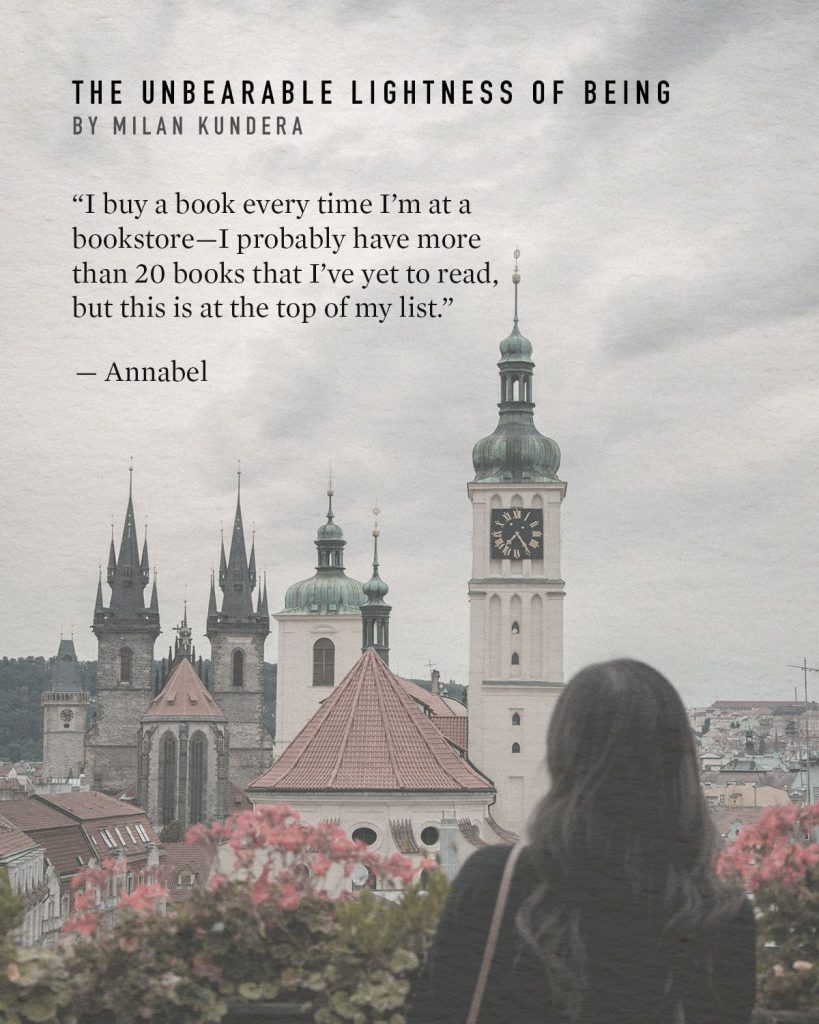 “The only relationship that can make both partners happy is one in which sentimentality has no place and neither partner makes any claim on the life and freedom of the other.”

Milan Kundera weaves a rather erotic journey of four main characters: a young photographer (Tereza) in love with a Czech surgeon (Tomáš) torn between his feelings for her and his incorrigible womanising; and of his mistresses, Sabina; and her humbly faithful lover, Franz. Before your eyes glaze over, the book’s writing style sweeps you away with its deeper thoughts presented in a very accessible and relatable manner that is easy to understand. The subtextual messages and thought-provoking ideas draw you in within the first few pages, and will have you planning for a book club with your friends. Diving into this book will bring a different understanding of marriage and what keeps two people together. With enough sex to keep things spicy, you’ll be downloading the movie mere minutes after finishing the book. 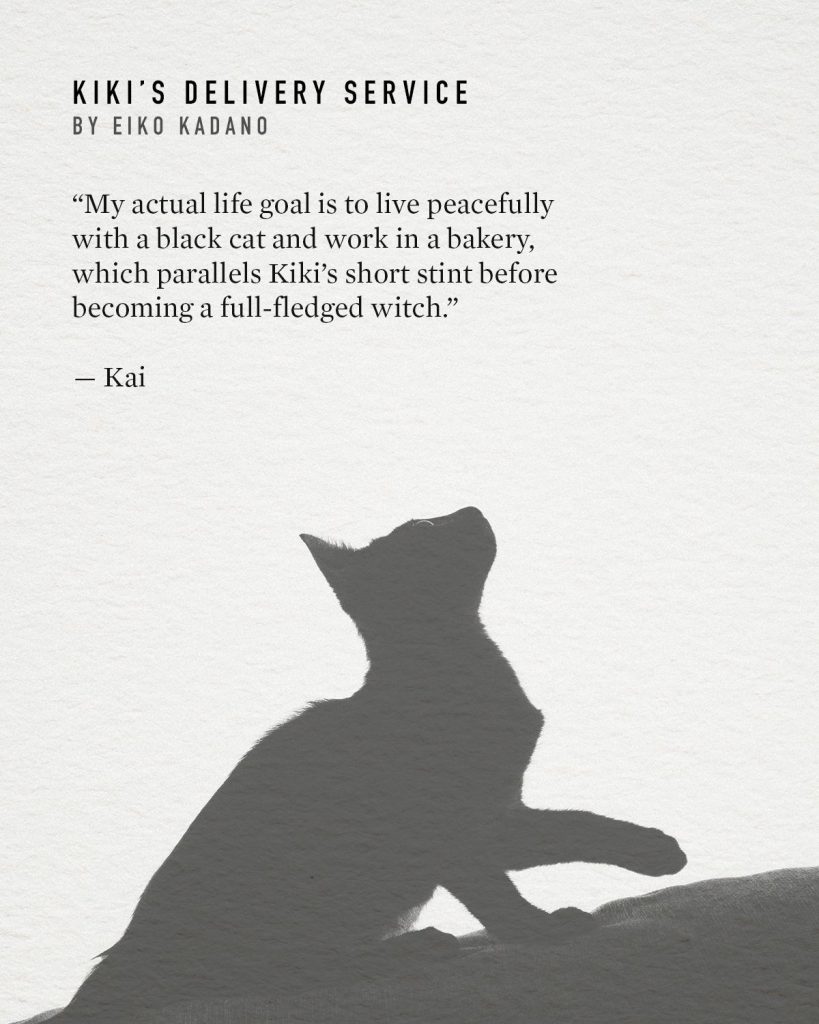 “Stop trying. Take long walks. Look at scenery. Doze off at noon. Don’t even think about flying. And then, pretty soon, you’ll be flying again.”

Many of us are familiar with the nostalgic movie by Hayao Miyazaki, but how many of us are familiar with Eiko Kadono, the writer who created her? Kiki is a young witch with a delightfully snarky black cat called Jiji. When she comes of age, she must set off on her broomstick to a town without witches so she can prove herself useful in a new community. She comes across Koriko, a town by the sea, and ends up using her ability to fly to deliver anything the town residents desire. As most of us are now stuck staring at four walls each day, the book transports us to the seaside, with rustic pathways, dusty rooms, and soaring above cobblestone towns—perfectly magical without any spells or potions. Curl up with some tea and toast as you follow Kiki’s journey of finding a place to belong.

The Woman Who Could Not Forget by Ying-Ying Chang 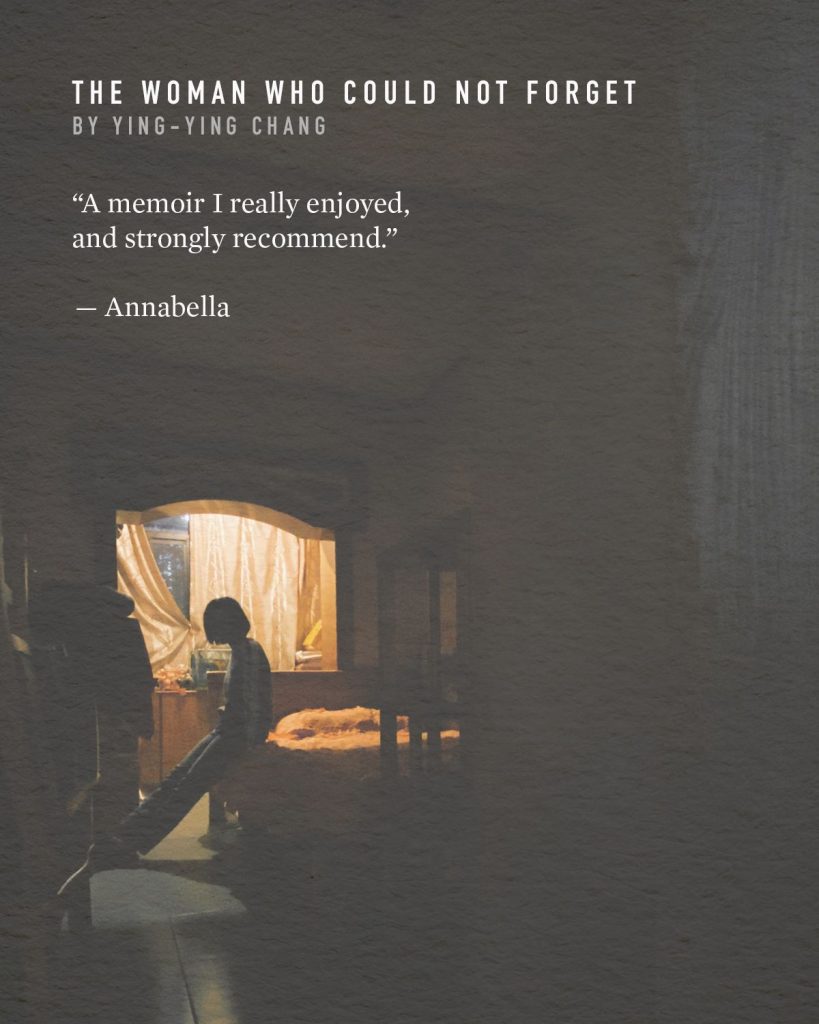 With her bestselling, shocking book, The Rape of Nanking, Iris Chang didn’t change the world, but she certainly changed the world’s awareness of itself. What is the story behind the woman who single-handedly swept away years of silence, secrecy, and shame? Her mother, Ying-Ying, provides an enlightened and nuanced look at her daughter, from Iris’ home-made childhood newspaper, to her early years as a journalist and later, as a promising young historian, her struggles with her son’s autism and her tragic suicide. Ying-Ying presents her daughter as a woman who was willing to do whatever it took to accomplish her goals, and The Woman Who Could Not Forget reveals the depth and beauty of the bond between a mother and daughter. You’ll be racing to hug your loved ones after putting this down. 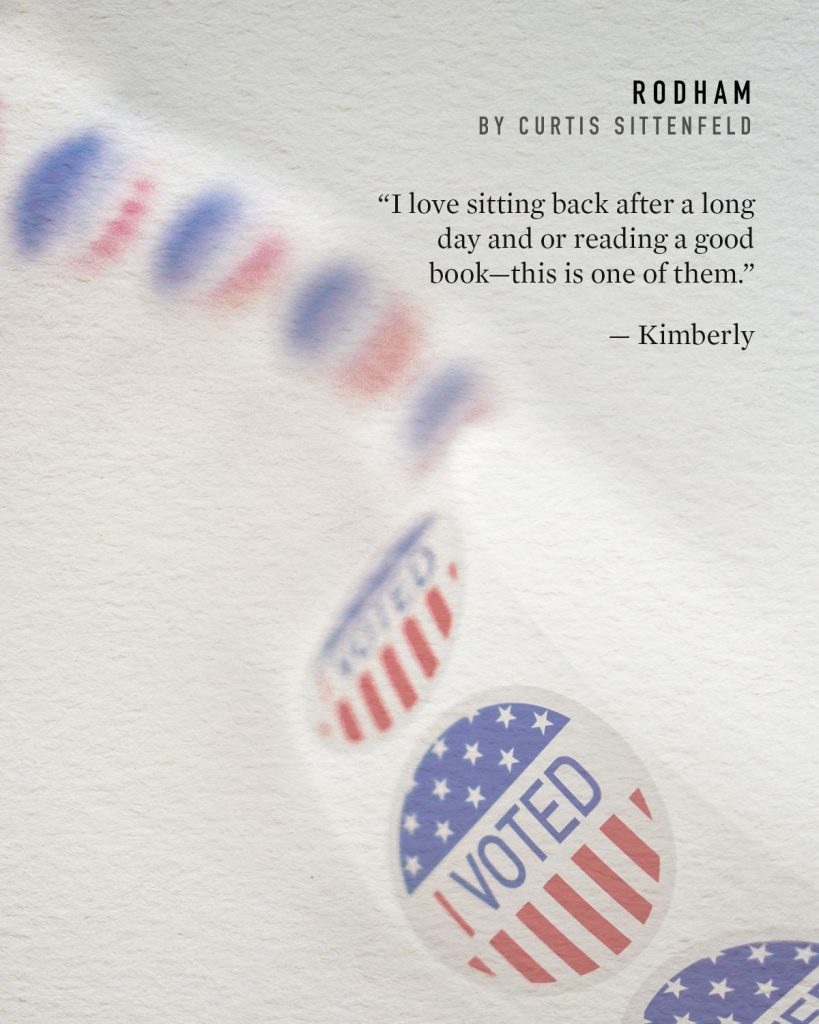 “But I always hoped a man would fall in love with me for my brain.”

Rodham imagines a deeply compelling what-might-have-been: What if Hillary Rodham hadn’t married Bill Clinton? What results is a rather inspired, creative re-imagining of who the Clintons are and what they could be in an alternate universe. Both similarities and differences coincide, unsettlingly, in stark contrast to reality as Sittenfeld explores Hillary’s life had she not chosen to marry Bill. Highlights to look out for include sexually-charged political innuendo between Bill and Hill in their college days, a nude saxophone performance, and much more humour sprinkled in. Meanwhile, Hillary is seen as a figure who largely gives up earthly delights in favour of pursuing her political mission. The irony is that ambition looks great on men, but makes her unlikable. We would recommend jotting down Hilary’s quotes on feminism to share with the rest of your friends at any discussion. 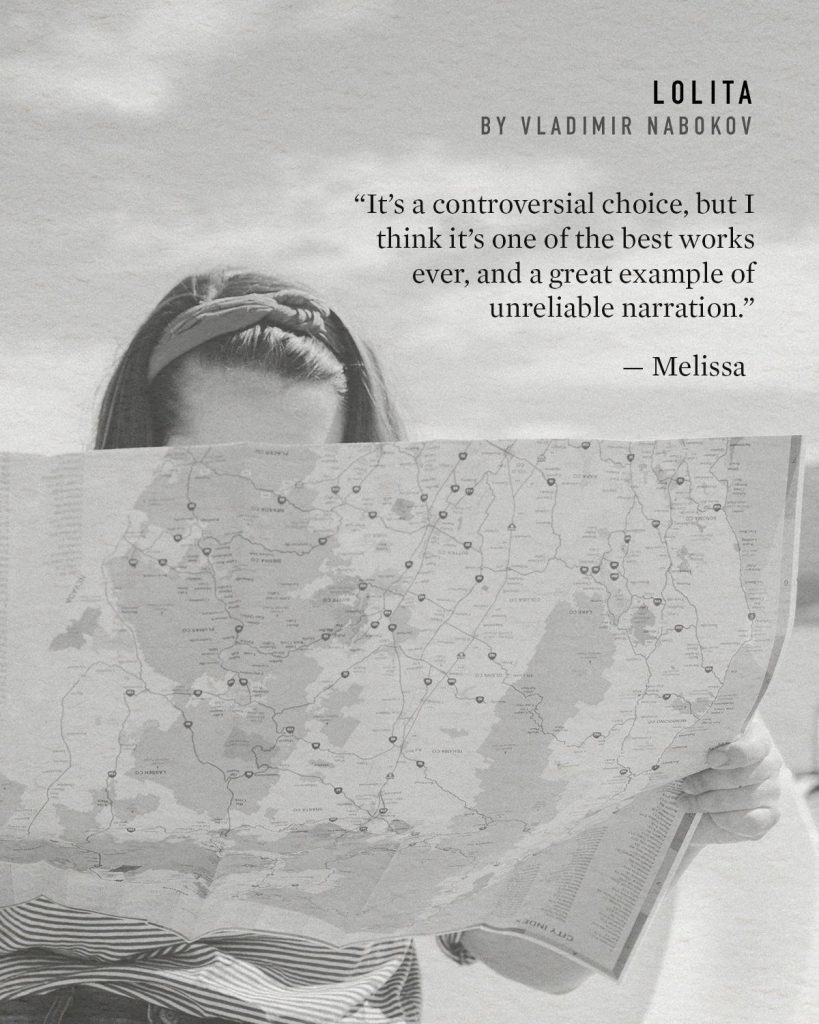 One of the greatest controversial books of its time, Lolita is an immaculate, unforgettable masterpiece of obsession, delusion, and desire. Even those who haven’t read about the book would be familiar with its plot: a 37-year-old scholar utterly and completely falls in love with his landlady’s 12-year-old daughter. What follows is his journey to possess her and his sufferings all in the name of love (or lust). The story lingers in your mind, like an accidental glance at the mid-day sun that sears your retinas. While Lolita has drawn much flak for its theme of pedophilia and romanticisation of a young girl, perhaps what is most disturbing is how plausible it all seems—deviant and perverted, for sure, but ever so darkly human. Nobokov taunts the reader to follow, daring the reader to like and enjoy Humbert Humbert. He scandalises you, but with a pen that is at once brutal and sensitive. We would recommend reading the book by the pool, where Humbert would often watch Lolita, but with the harsh glare of the sun’s rays to keep you from going too deep into the dark.

If you’d like more suggestions, take a look at the December 2020 edition of recommendations here.