Through The Years: Lesley | SHENTONISTA 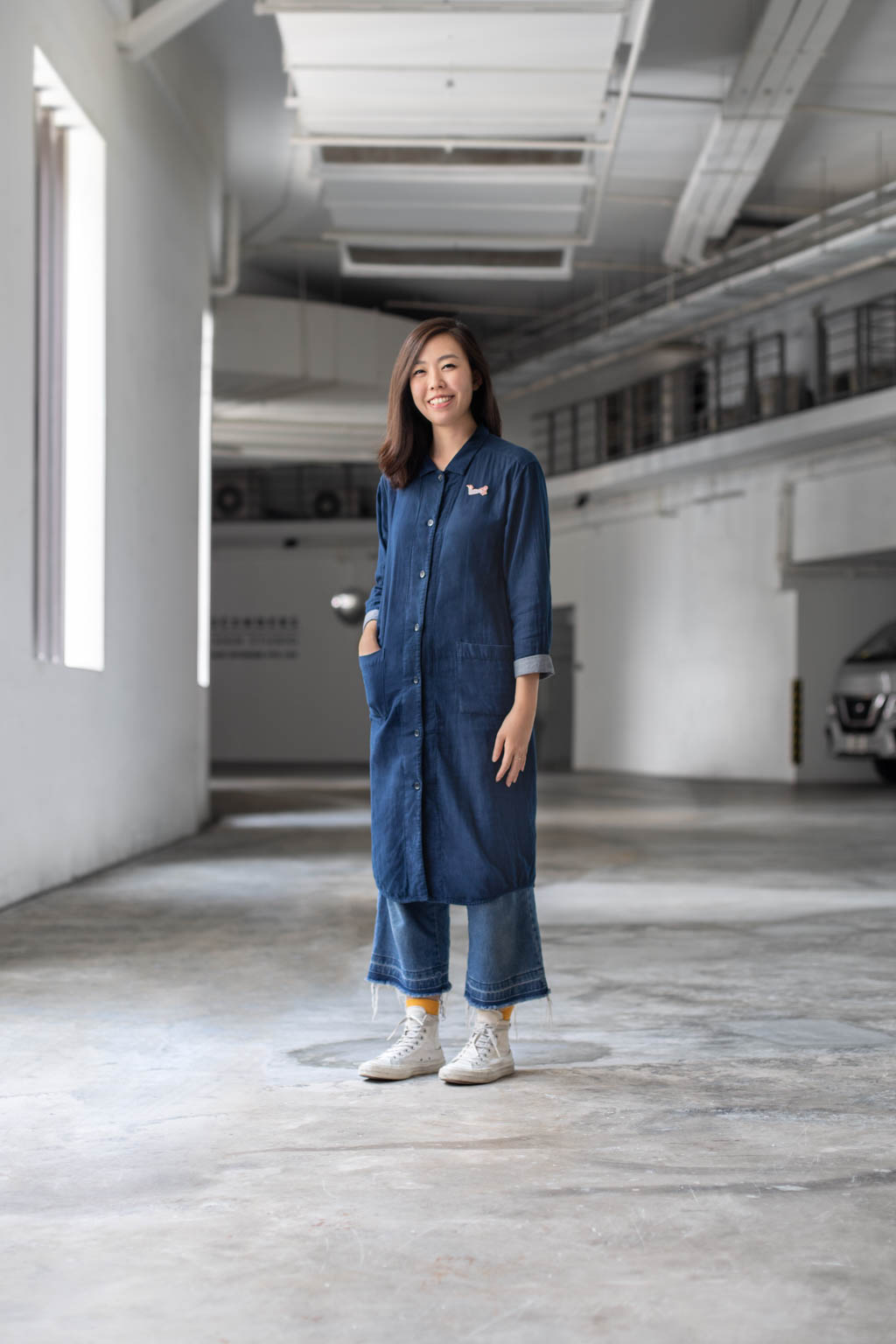 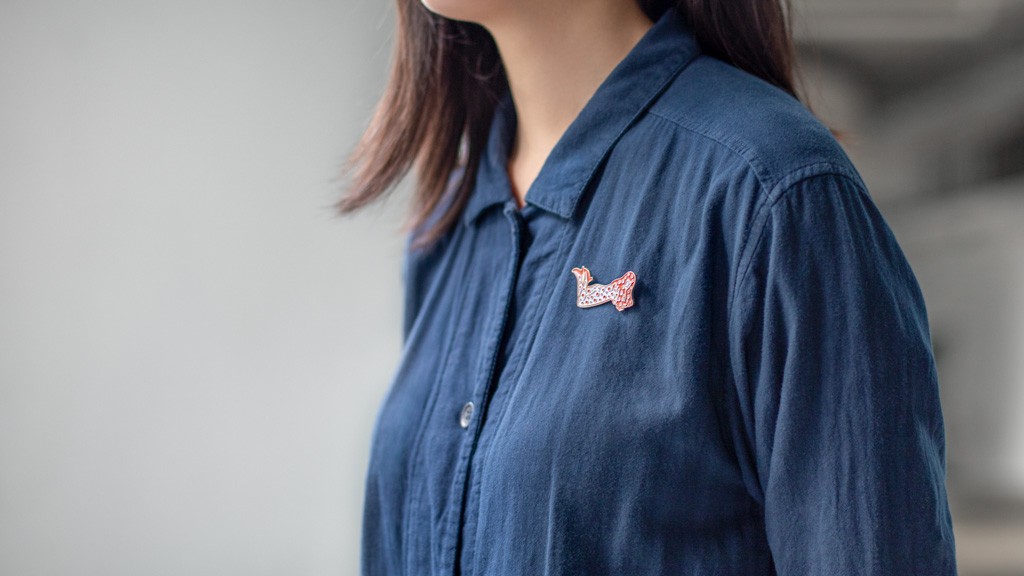 “It sometimes happens that a woman is handsomer at twenty-nine than she was ten years before; and, generally speaking, if there has been neither ill-health nor anxiety, it is a time of life at which scarcely any charm is lost.”

So Jane Austen writes in the opening chapter of her novel Persuasion. While she’s still a few years away from the big three-zero, we can certainly see how the above rings true for Lesley, Shentonista’s content manager, whose birthday we celebrate today. Over the years, we’re thankful to have been able to witness her growth, not just professionally but personally, and to have documented it through Shentonista (read on to see for yourself). We’ll spare you the tired—and honestly patronising—clichés comparing women to flowers; if anything, Lesley’s a bonsai tree, growing slowly but sturdily with all the purpose and zen the best of us can muster.

More about that charm: Lesley carries a quiet confidence and competence that belongs to the sort of determined person who gets things done, then tells you about it after. Equal parts leader and friend, she guides the team with a firm but gentle hand, and always has a kind word and encouraging smile at the ready. Here, we look back on her previous features to see how her style and outlook has changed over the years. 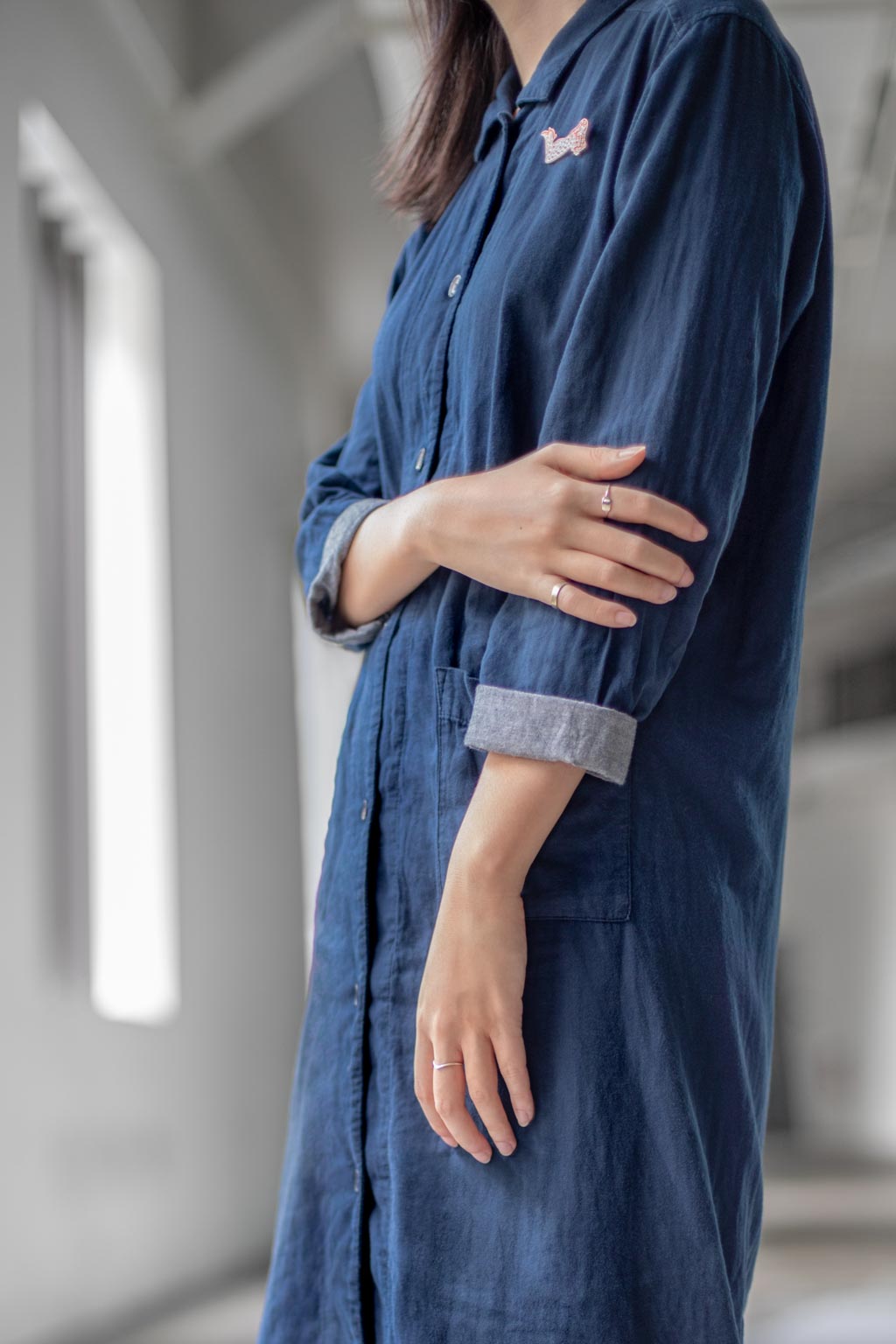 What is the one thing you do to stay calm?
Pray. It’s not the only thing I do, but saying a quick prayer and listening to some worship songs really helps me to focus and know that I’ll do whatever I can to the best of my ability, and God will take care of the rest. I can organise, prepare, and plan as much as I can, but there will always be things that will be out of my control, and praying about it at least gives me the ability to let go and stay calm, and deal with any situations when they arise, instead of being unnecessarily anxious about it early on.

If you could have another name, what would it be?
When I was younger I distinctly remember wishing my name was Ashlyn; I don’t know why. I didn’t like my name when I was growing up, because people would always say (and they still do actually), “Isn’t Lesley a boy’s name?” And I could never find ‘Lesley’ on those souvenir keychains with names on them. My mum picked my name because she wanted something different, and it is, but I guess I’ve just taken time to like it. Now, I don’t think I would change my name at all; I think it’d feel strange. 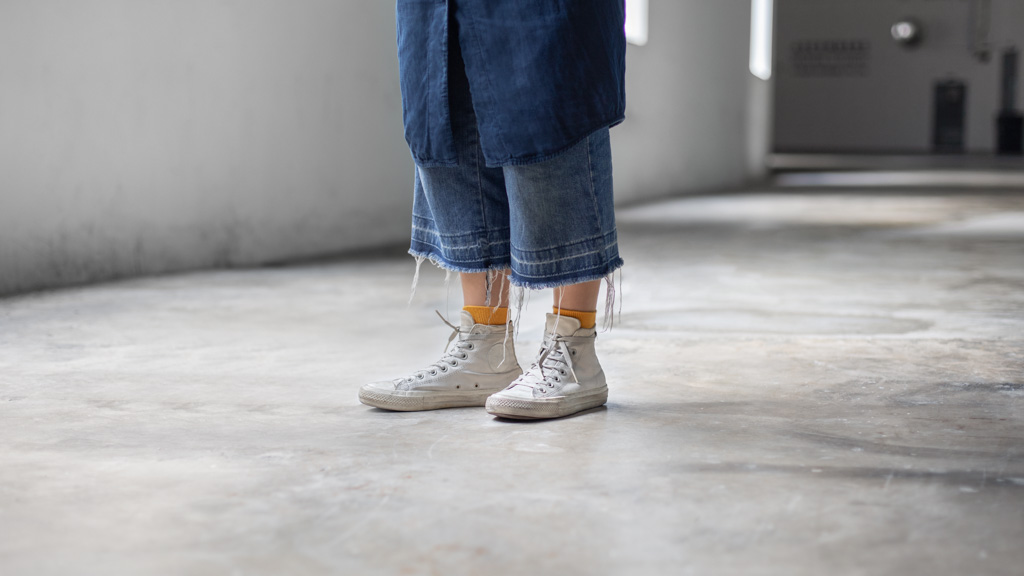 If you had 1 million dollars, how would you spend it?
I feel that a million dollars doesn’t get you very far nowadays, but I would send my parents on a round-the-world trip while they’re still generally fit and able to travel, spend some money to set up a concept store/late-night lounge, and then save the rest (if there’s anything left) for retirement.

If you had to exist in the universe of a specific movie, which would it be and why?
Harry Potter! I think I read the first book the year that I turned 11, so I would’ve been the same age Harry was when he went to Hogwarts. I remember secretly waiting for a letter from Hogwarts to arrive on my birthday too. Since then I grew up with Harry, the books, and the movies, and I think I’ve always just loved the idea of such a beautiful school, classes that weren’t just about Mathematics or Science, and the camaraderie and adventure of it all.

Between exploring deep into space, or deep into the oceans, which would you choose?
Both actually terrify me because they seem really vast and you could get lost forever. But I think I would choose the ocean because at least I’d still be on planet earth, and there are lots of weird and fascinating sea creatures to be discovered. 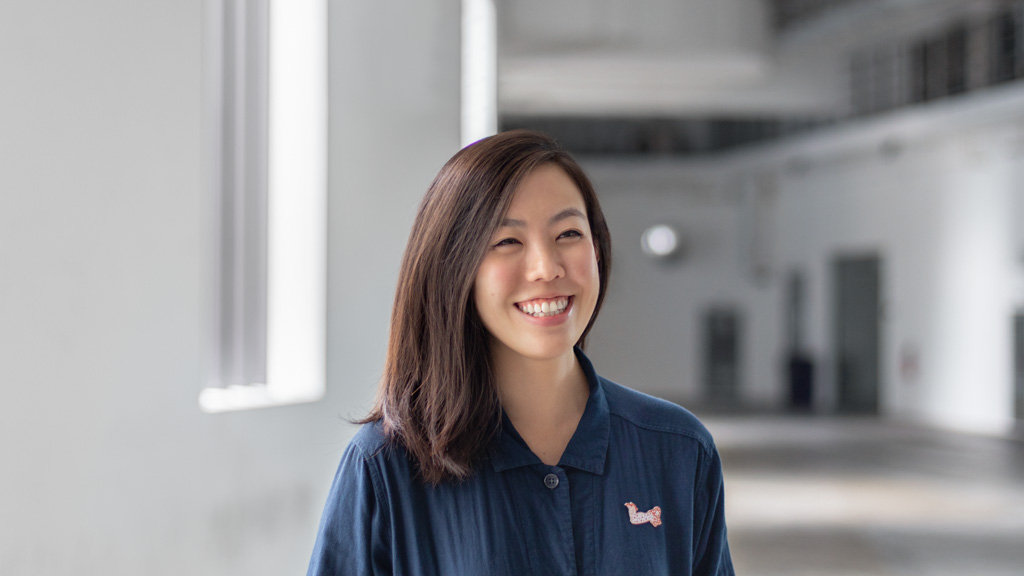 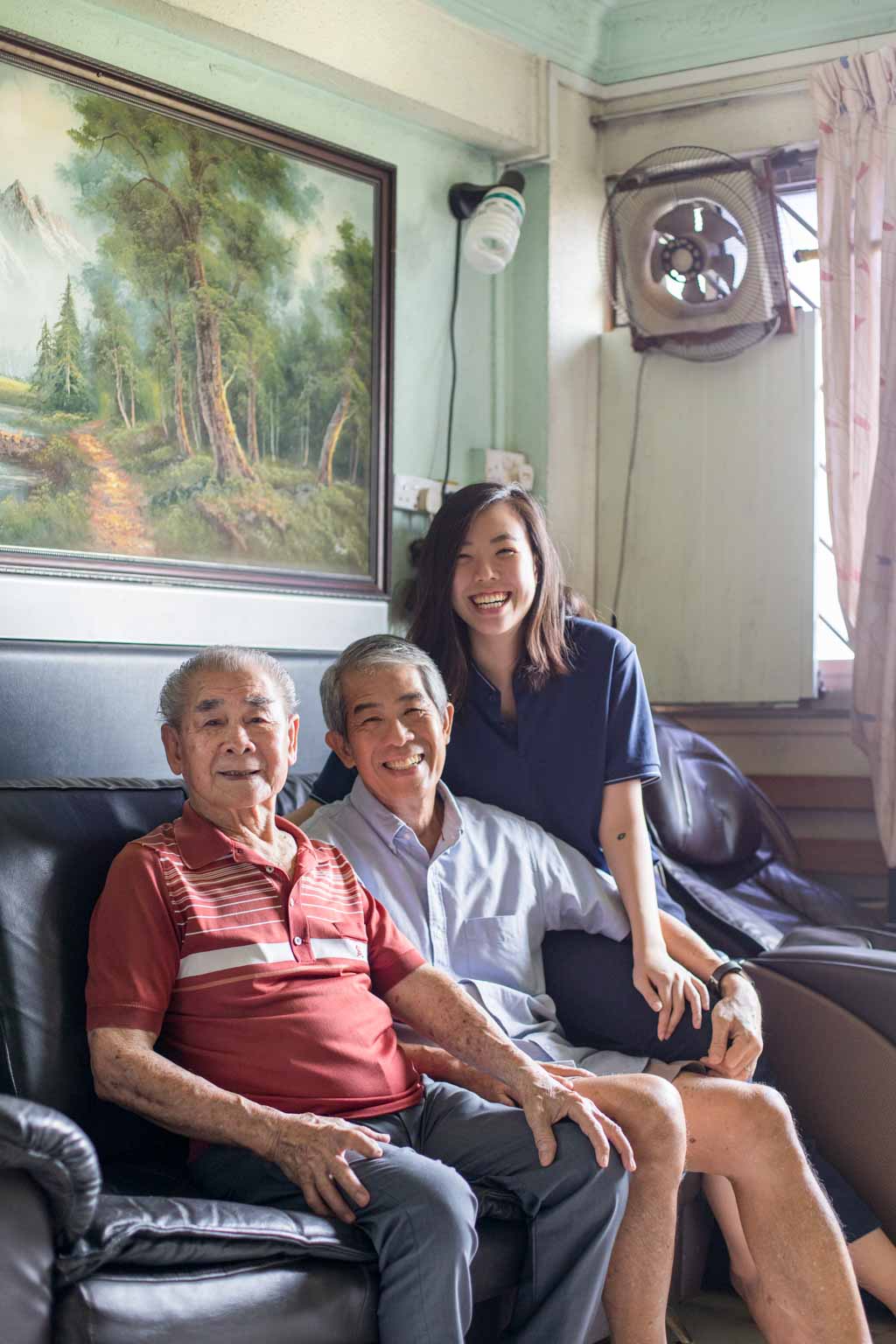 Shentonista Seniors — The Iron Man / June 16, 2018
For Father’s Day, we photographed and interviewed Lesley’s affable grandfather, Yeye, and her calm father as they spent a rare moment together over the passing down of a beloved family recipe—Yeye’s sio bak, or roast pork. 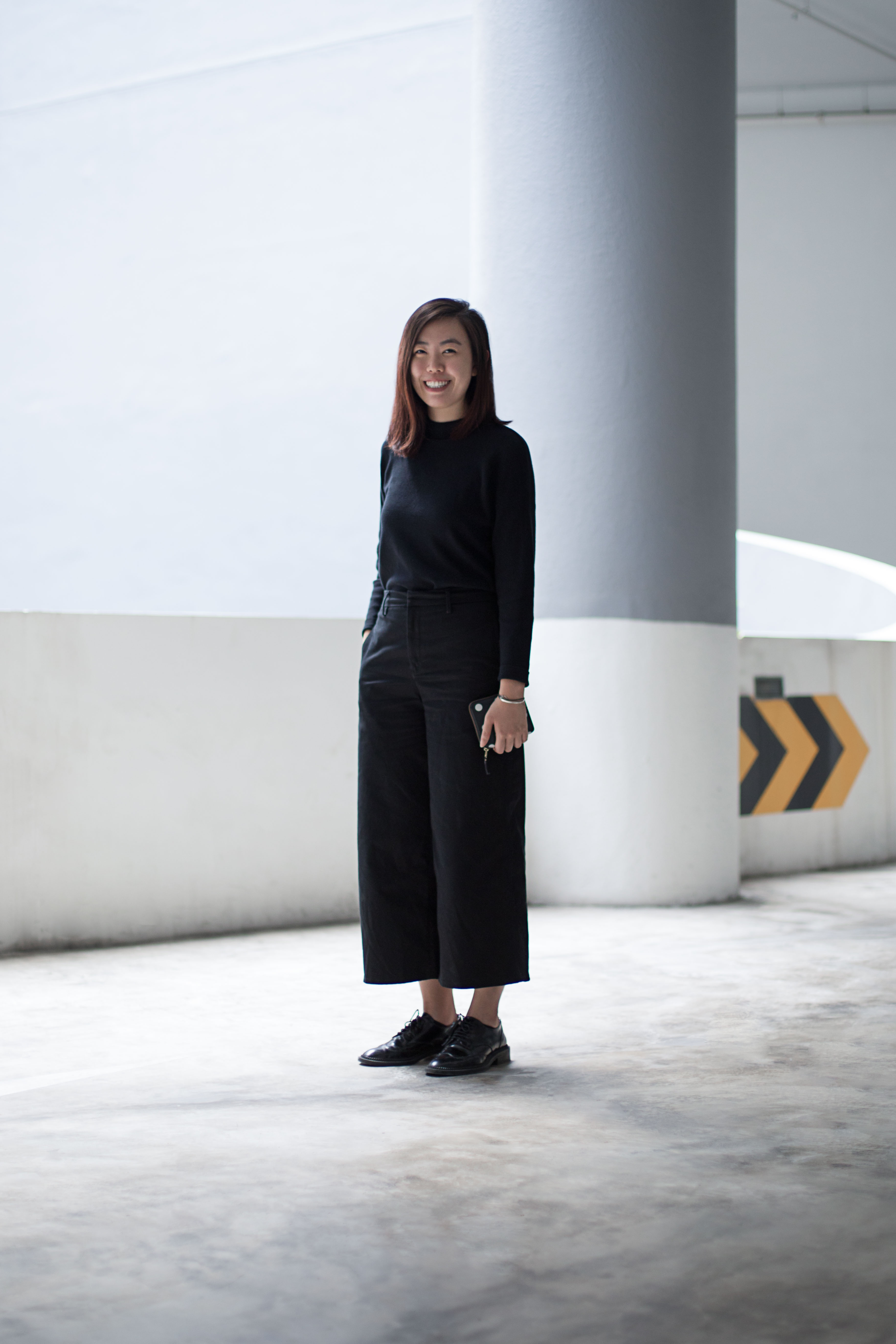 In Retrospect / 17 November, 2017
“Once when we were on a Shentonista shoot, a lady got a little offended when we asked her about work-life balance because she had kids, and she questioned if we would have asked that if she were a man instead. That got me thinking about the stereotypes that we sometimes unwittingly place upon people.” 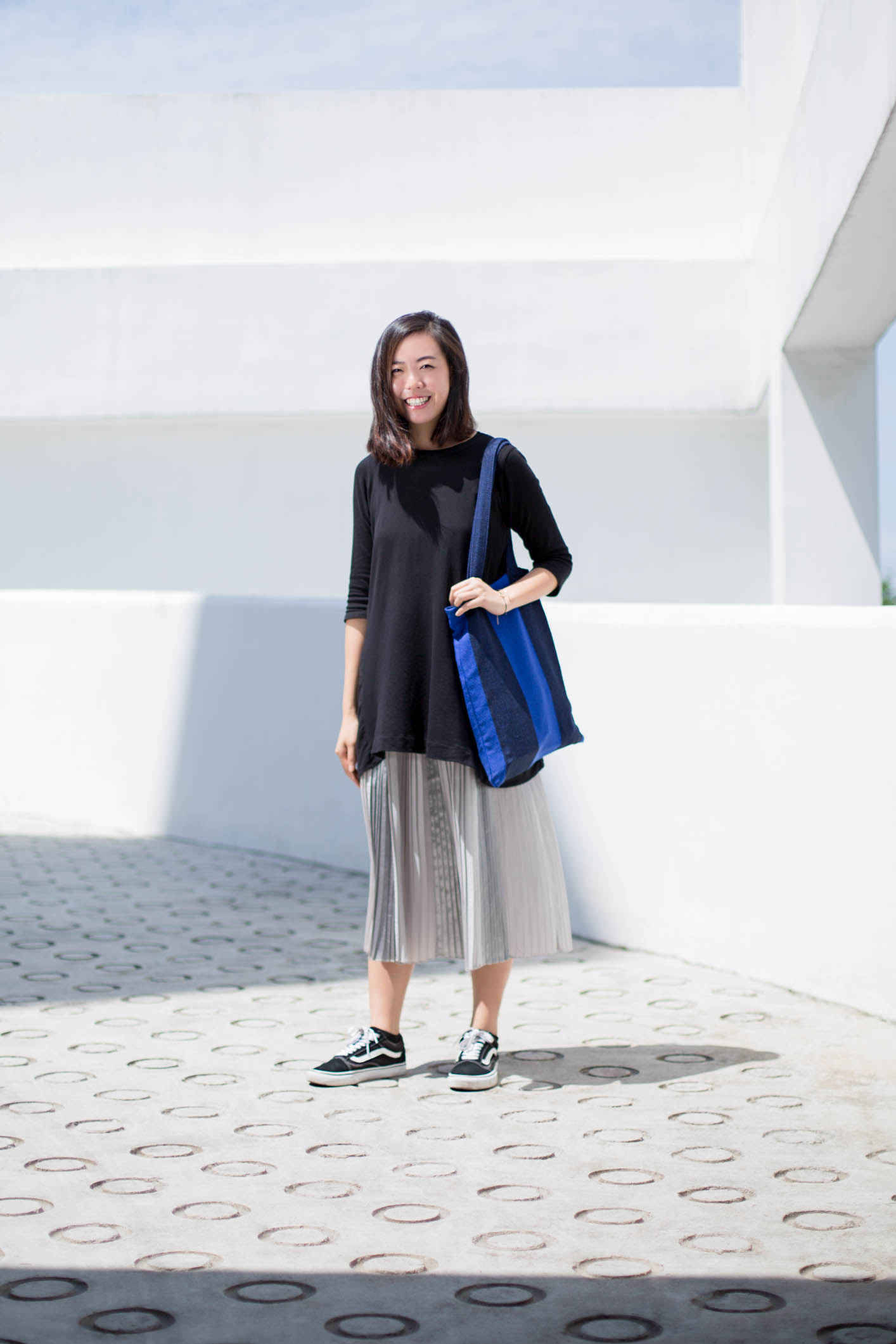 Les Is More / 30 August, 2016
Two years into her time at Shentonista, Lesley is trying to ground herself and continue growing. “I’d like to get better at what I do, and not disappoint the people who rely on me and trust me,” she says. 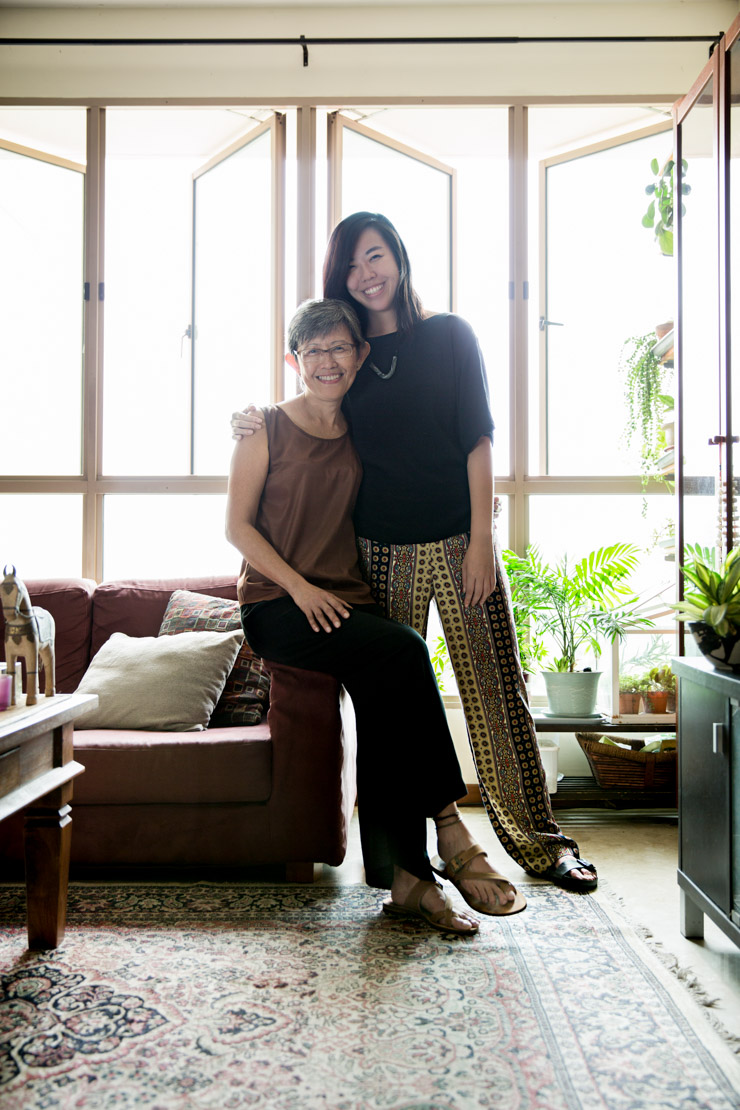 A Shentonista’s Mother’s Day — Two Peas In A Pod / 8 May, 2015
“Even through misunderstandings and moments of pain or anger, they’re the ones who love and accept you no matter what.” 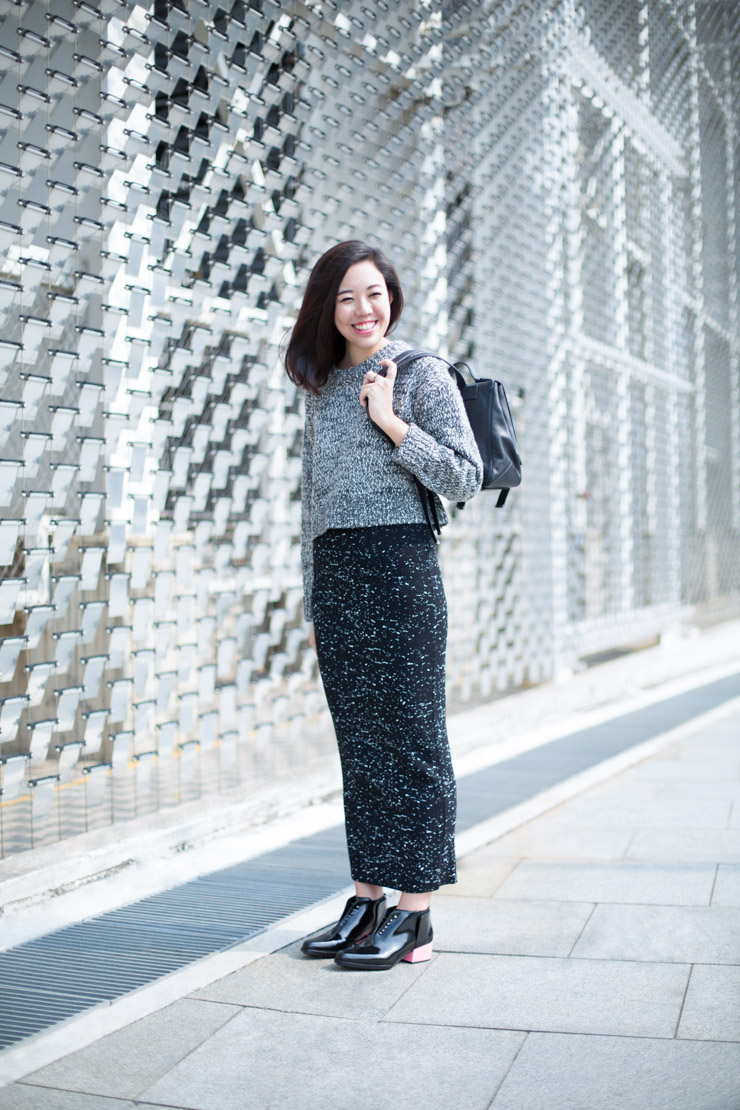 CLUB 21 X SHENTONISTA: At Ease / 29 September, 2014
If she could wear a uniform of sorts to work every day, for the rest of her life, Lesley would choose to wear a t-shirt dress and sneakers—something easy to throw on, and easy to move about in. 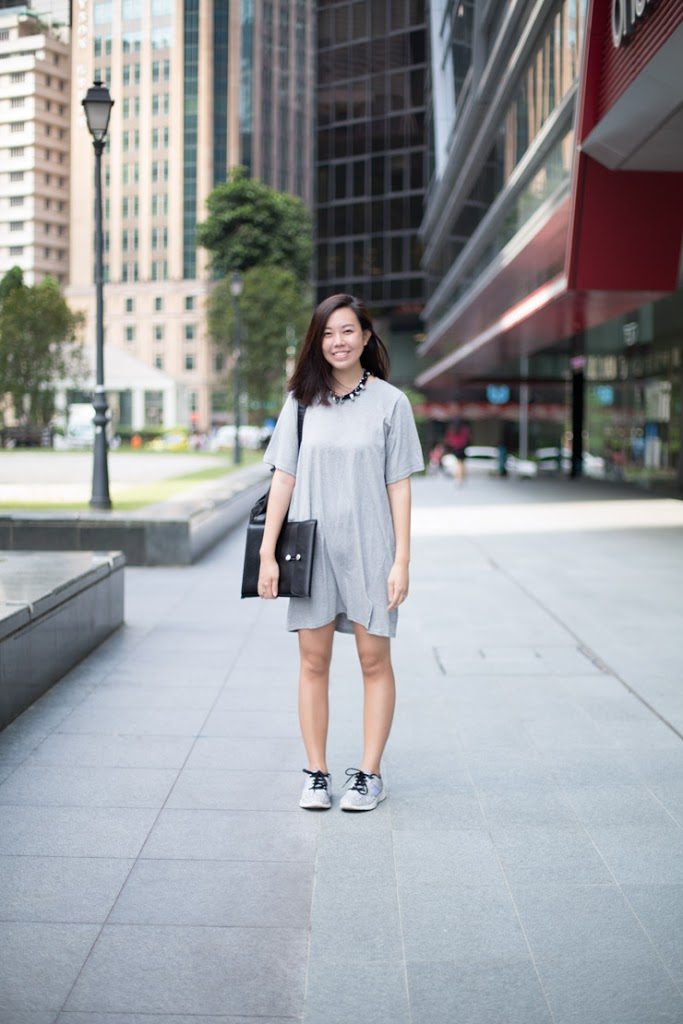 On The Go / 17 August, 2014
Where it all began—Lesley’s first feature, fresh out of university. It’s hard to miss the touch of sophistication she’s added over the years, even as some things never change, like her penchant for comfort and simplicity.

In this series, we celebrate the Shentonistas who have been a part of our journey over the years.